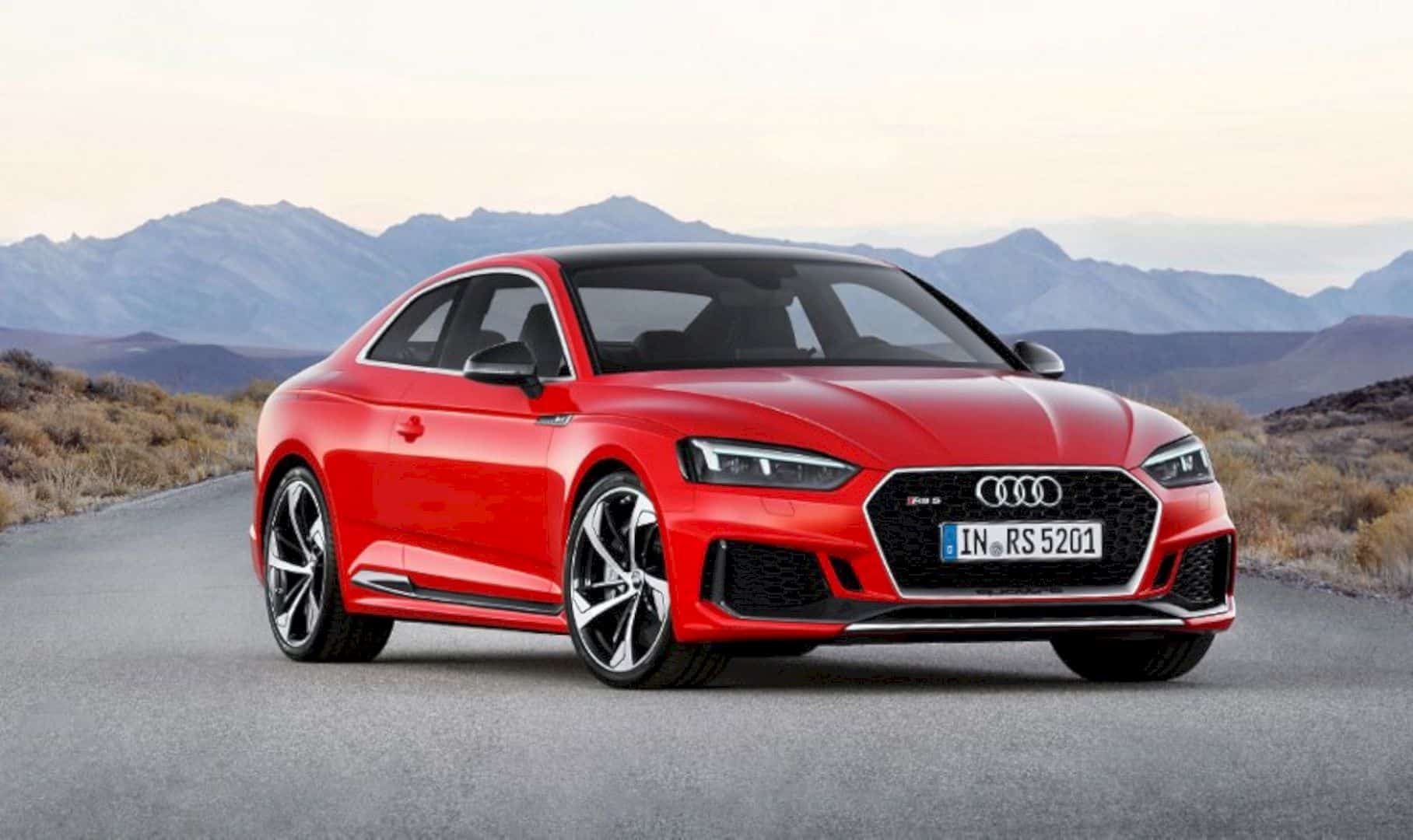 Aston Martin (AM) has issued a number of unique limited-edition models, such as the Lagonda Taraf which is an ultra-luxury sedan type and the Vulcan which is devoted to conquer the circuits. 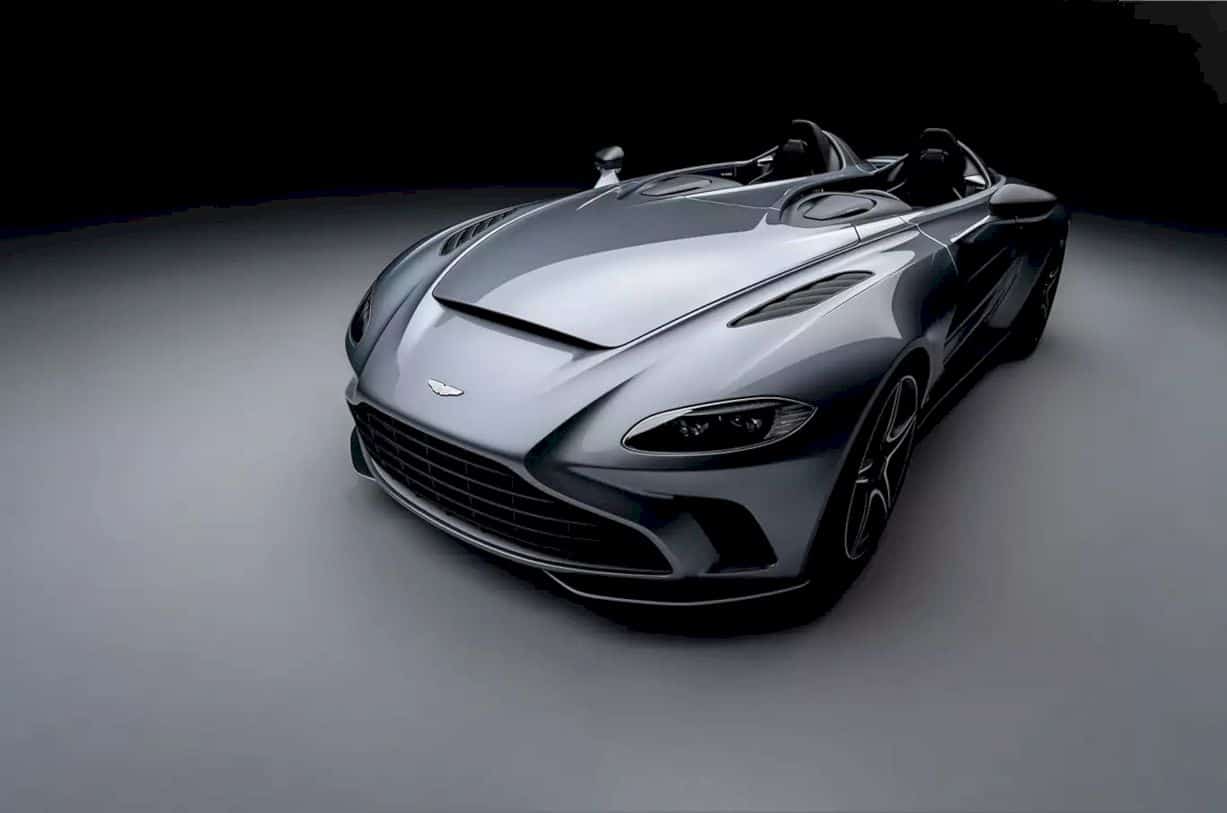 And now the latest British car manufacturer is introducing its newest limited edition lineup, the V12 Speedster which is the work of the Q Division whose job it is to design limited edition cars.

In developing this Speedster V12 the manufacturer combines the design of the latest generation AM DBS Superleggera and Vantage. The shape is inspired by the legendary Aston Martin racing cars, such as the DB3S 1953 and DBR1 1959, and the CC100 Speedster concept car introduced in 2013. 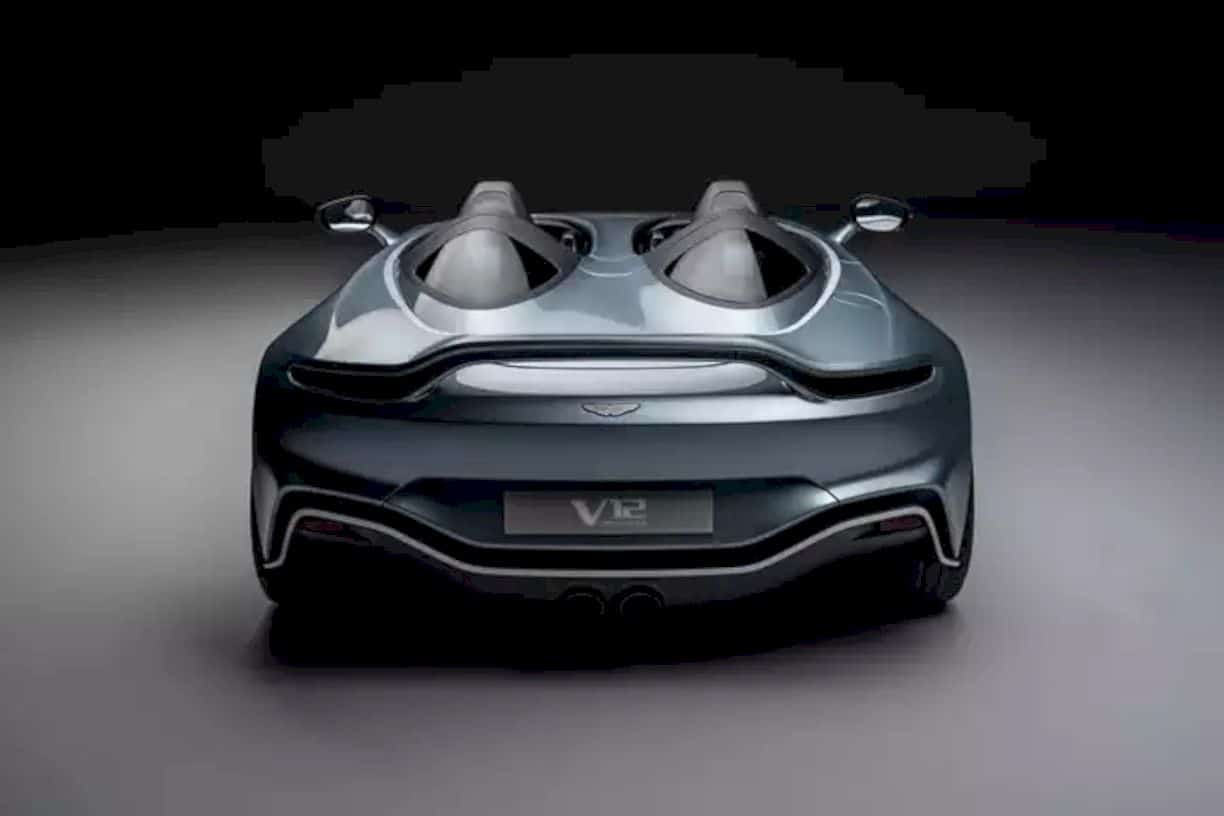 To cut the weight of the car, most of the two-door car body is made of carbon fiber. The body of the car is whitewashed with Skyfall Silver color which makes it look elegant. Meanwhile for twin exhausts placed in the middle on the back of the car is given a satin black color. 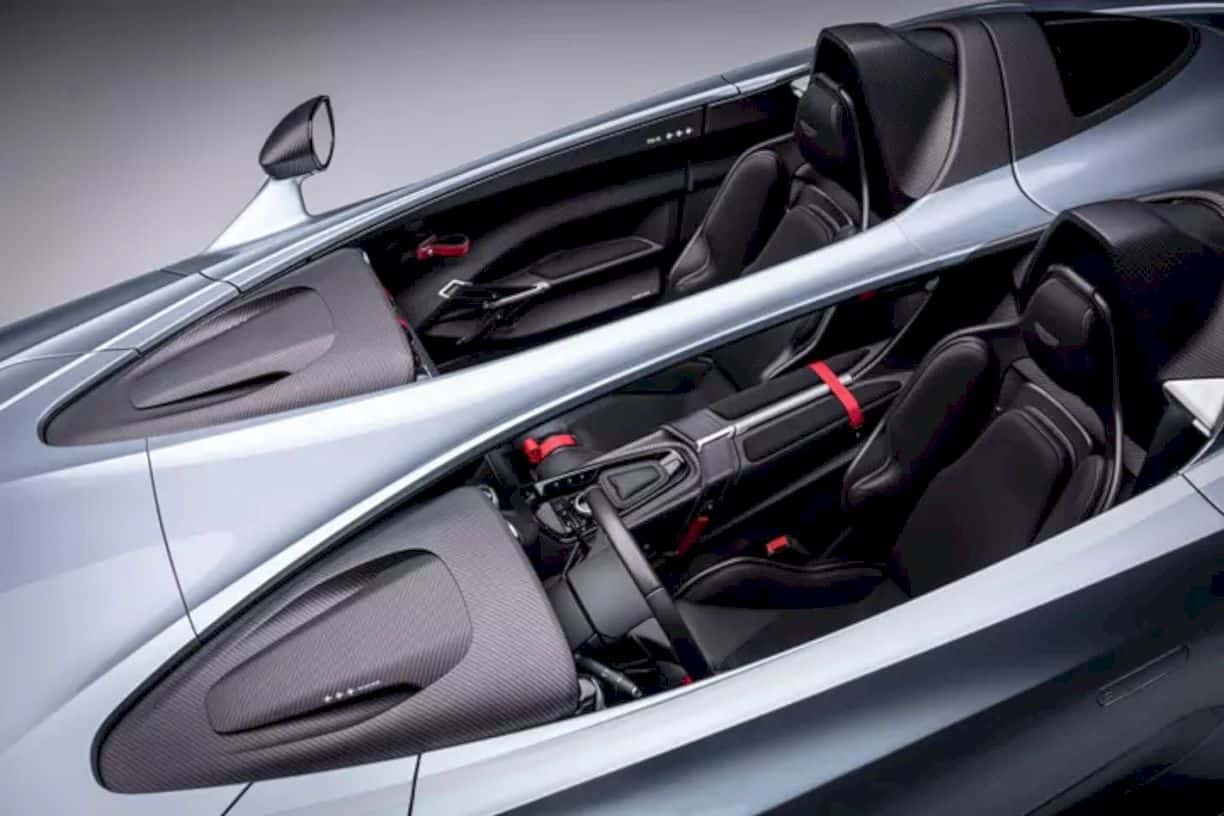 Most of the cabin elements of this special edition car wrapped in black leather. There are some parts of the car’s interior that are given chrome and aluminum accents. There are also rubber components that are printed directly with a 3-dimensional printer. 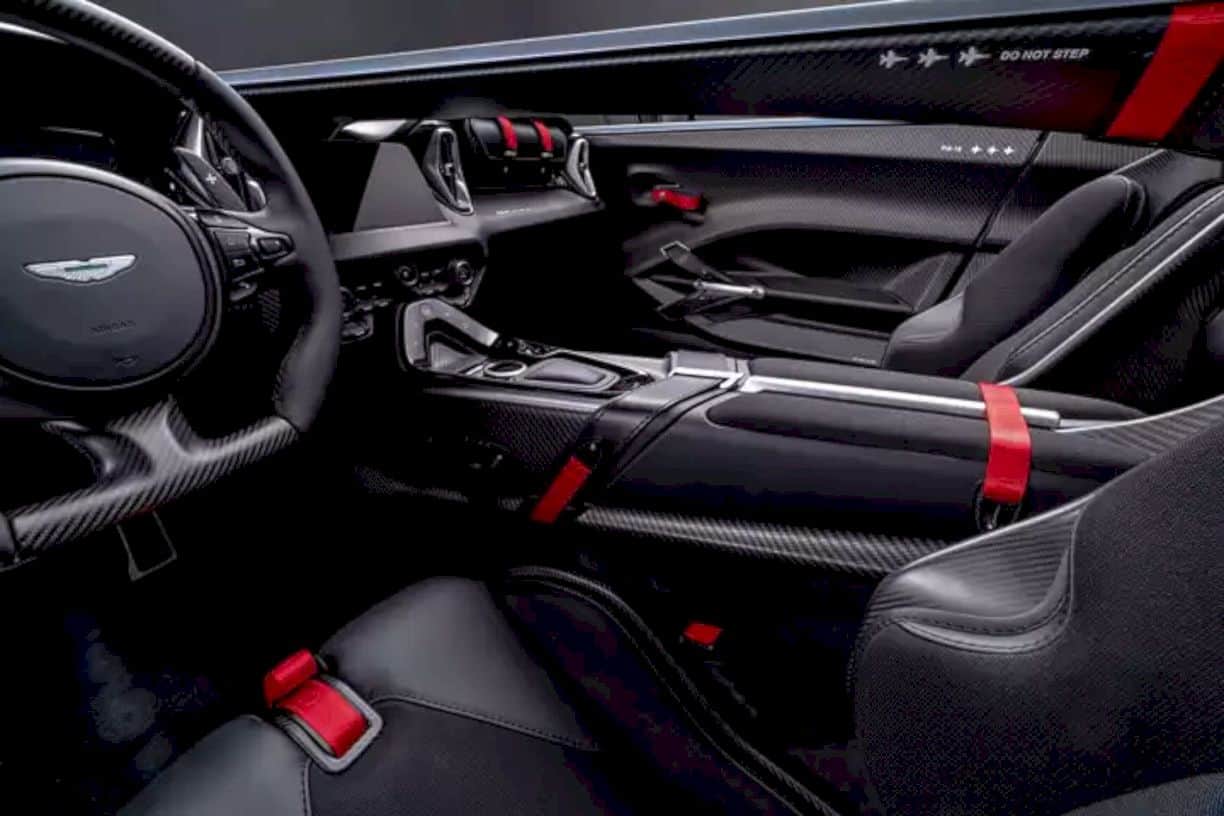 This car was developed on an aluminum platform and uses the same structure as DBS Superleggera and Vanquish to produce a unique chassis. The suspension used is the double-wishbone for the front and multi-link with coil spring at the rear.

Adaptive dampers are also embedded into the body of the Aston Martin V12 Speedster and change the character of the car according to the driving mode chosen by the driver, such as Sport, Sport +, and settings for the circuit. 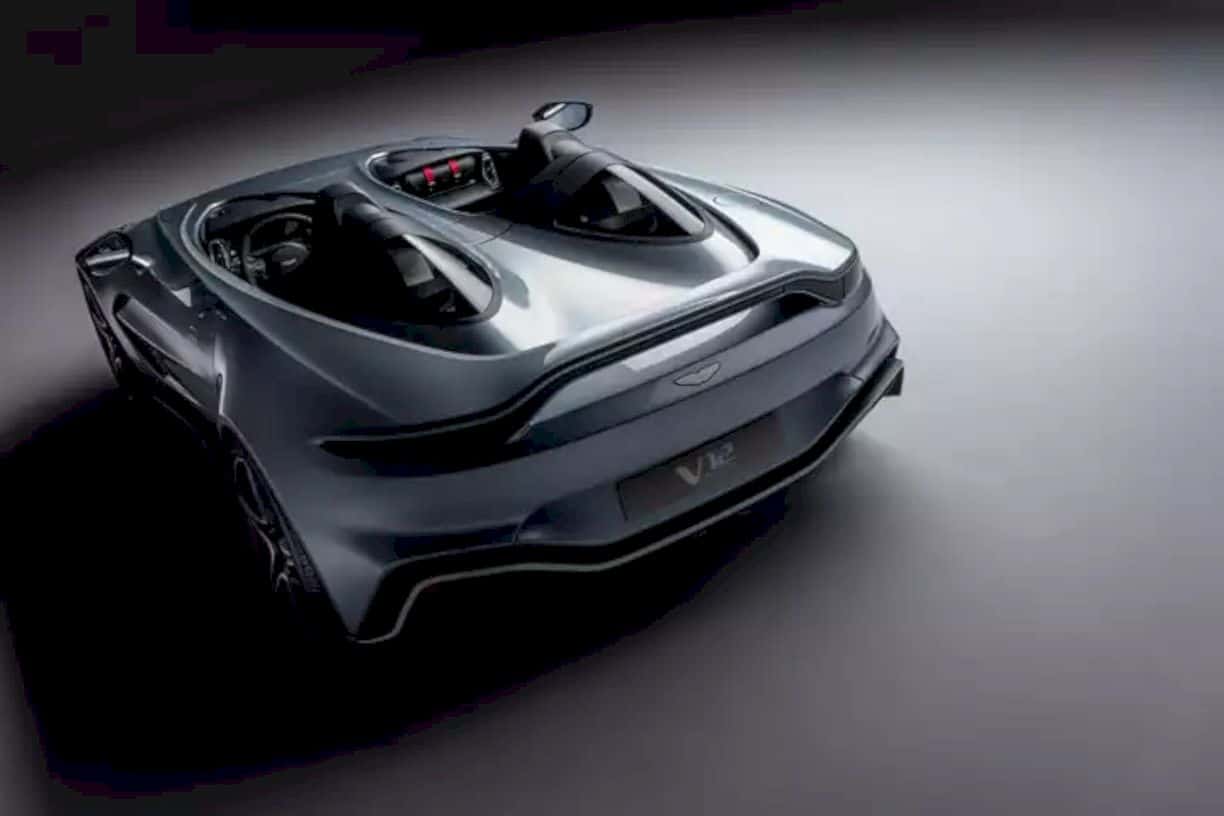 As the name implies, the hypercar is carrying a V12 gasoline engine with a capacity of 5,200 ccs equipped with a pair of turbocharged. The engine is capable to spit 700 hp and 753 Nm of torque while the transmission is handled through an 8-speed automatic made by ZF.

The carmaker claims that this car can reach speeds of 100 km / h from rest in 3.5 seconds with the maximum speed touches 300 km/hour. To stop the speed of this car, AM used brakes made of carbon ceramic with a disc size of 410 mm for the front and 360 mm for the rear.