Lamborghini Sián FKP 37: Ahead of Its Time!

Audi introduces its new model, AI: ME concept, which stole the glance at the Shanghai Motor Show. Previously, Audi had introduced the e-Tron SUV and the production version of the e-Tron GT and the beautiful PB18 e-Tron sports car. 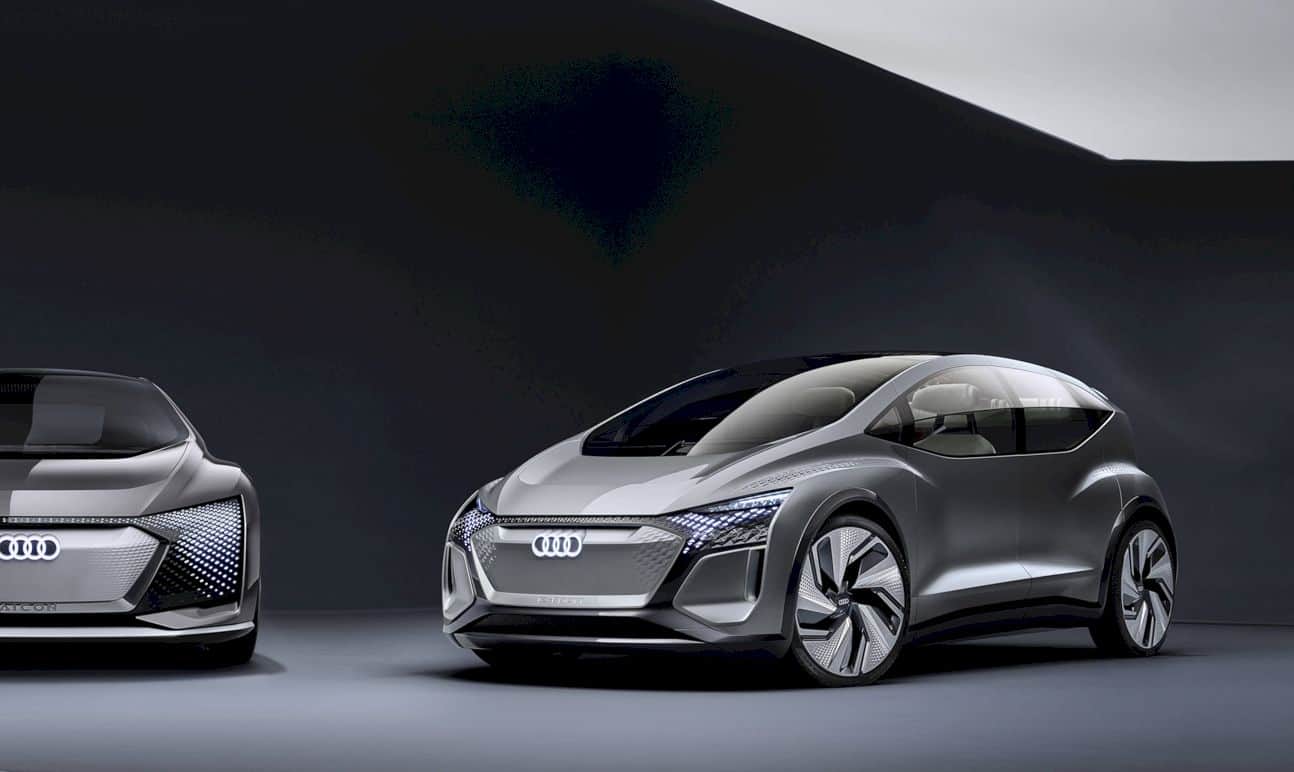 What needs to be underlined is the glimpse of the similarity of design language elements with the Audi Aicon or VW I.D. The assumption is true, that the AI: ME concept is an Audi car similar to the VW I.D.

It is so similar that AI: ME from Audi uses a 65 kWh battery, under the floor, and sends the power of 167 bhp, rear axle. By design, this Audi electric car carries a compact crossover style, although on the other hand, it is more suitable as a hatchback. 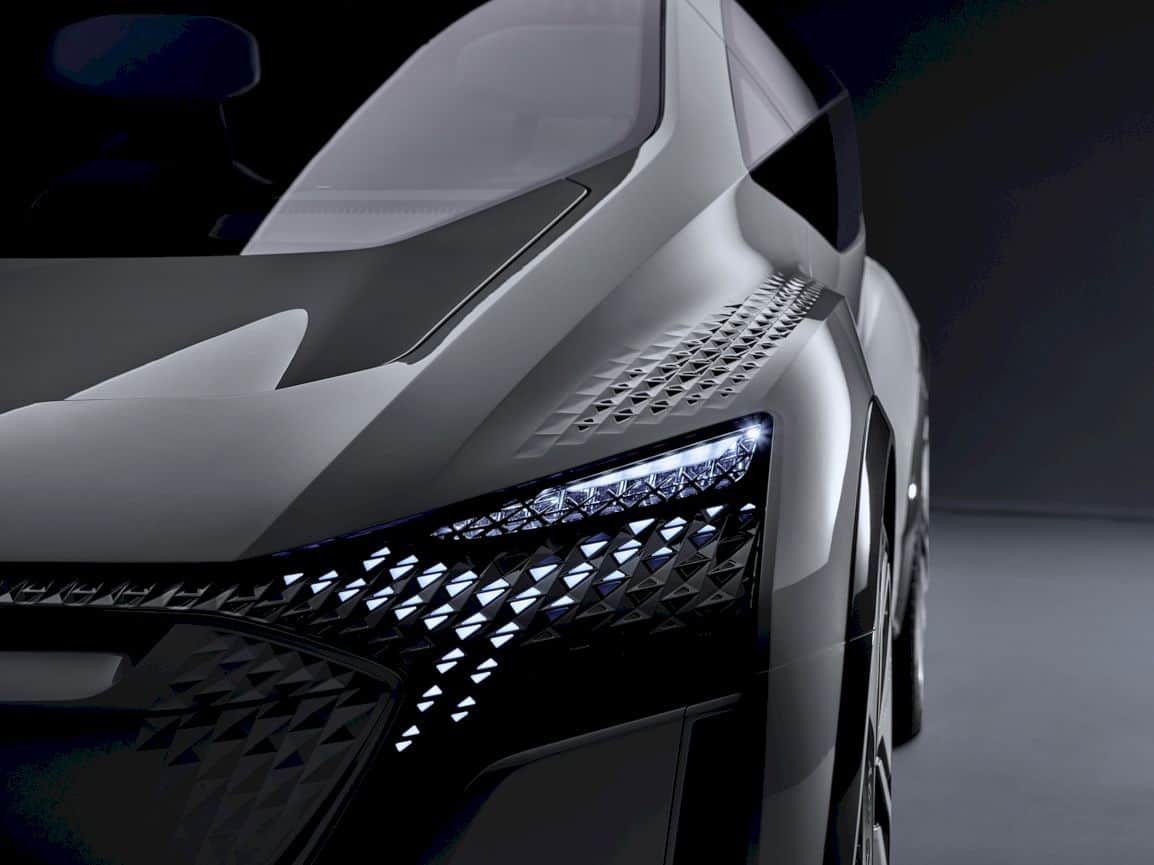 Audy didn’t release any official information on what platform to use. But the assumption is that the concept will utilize the MEB electric platform, owned by VW Group which is used for VW I.D and SEAT el-Born. Audi did claims that the concept car is focused on casual driving with an average speed of between 20 – 70 km per hour. 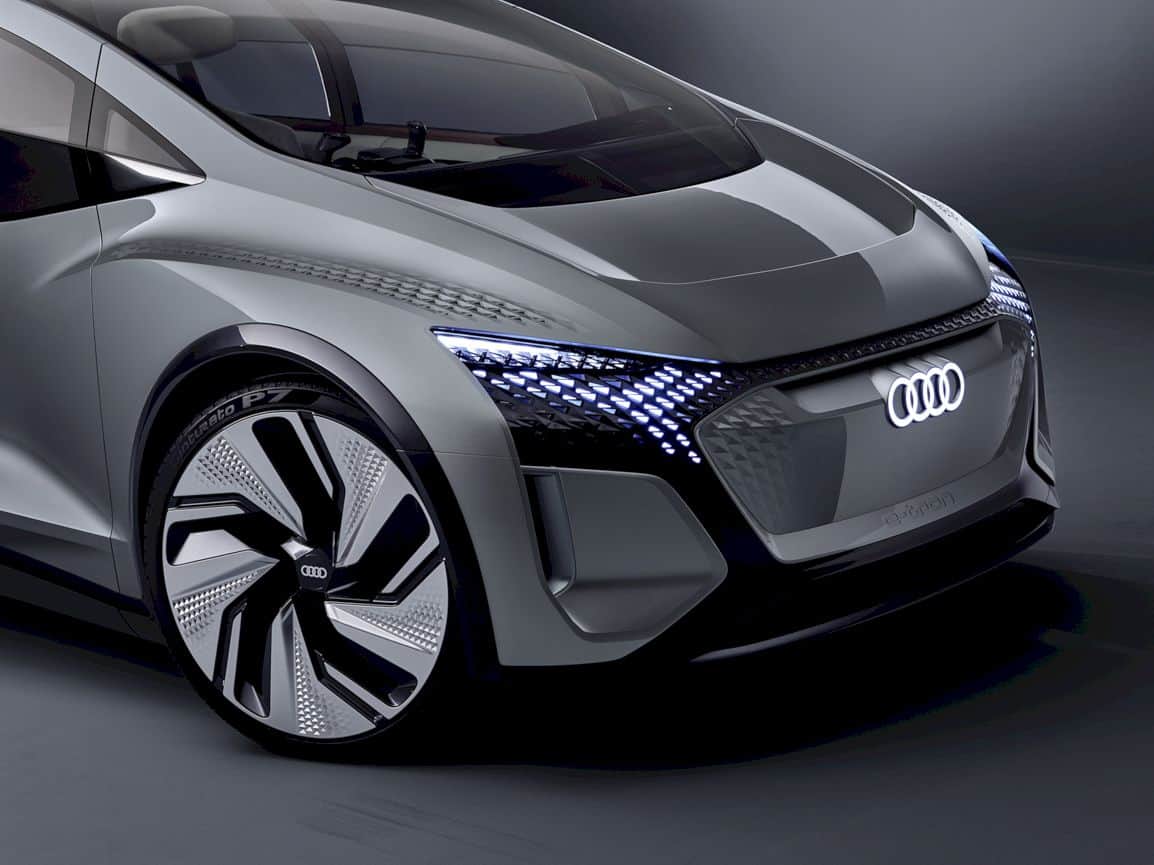 The Audi AI: ME is 4.3 meters long, 1.9 meters wide and 1.5 meters high. The design is quite futuristic, as intended by Audi’s chief designer, Andreas Mindt. He honestly revealed that the concept car is still too far towards the production line. 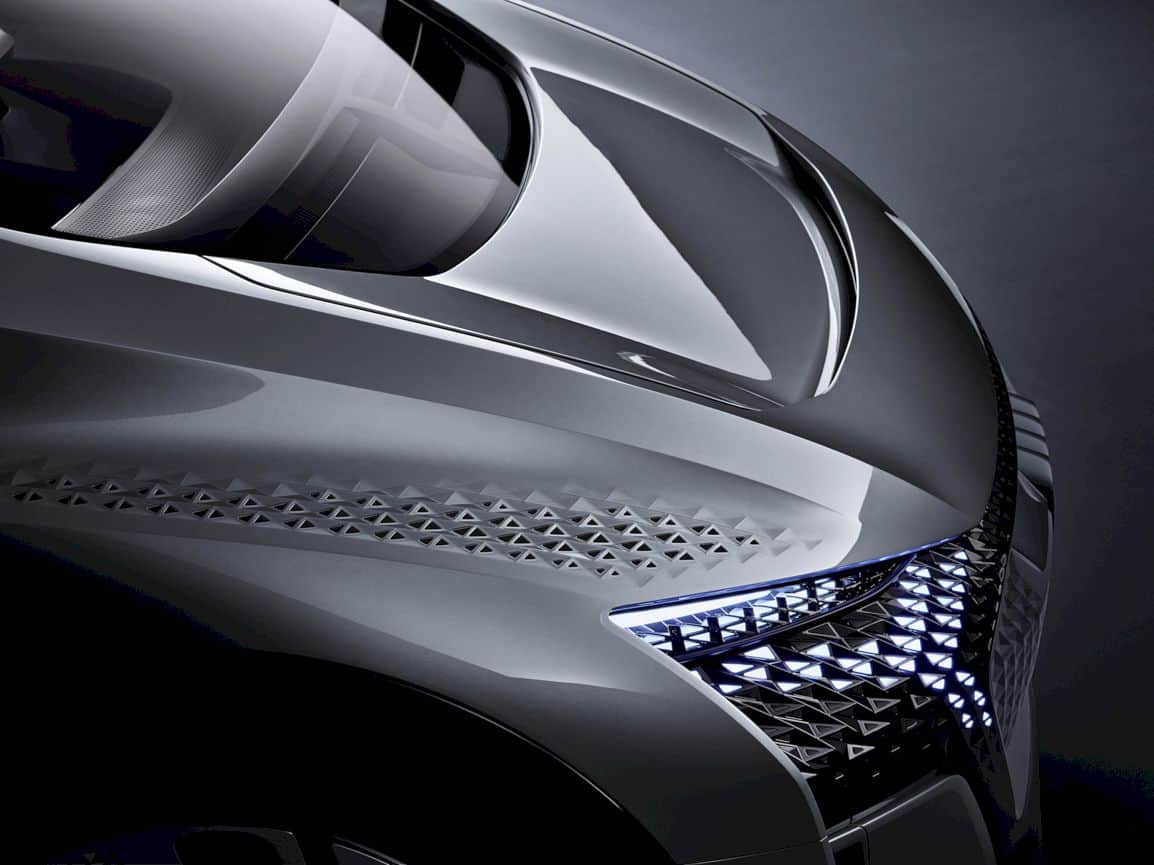 The exterior sector is not immune to the completeness of unique features. The window is quite interesting by dividing it into two parts, the top part being a static part. While the bottom is the part that can be opened. 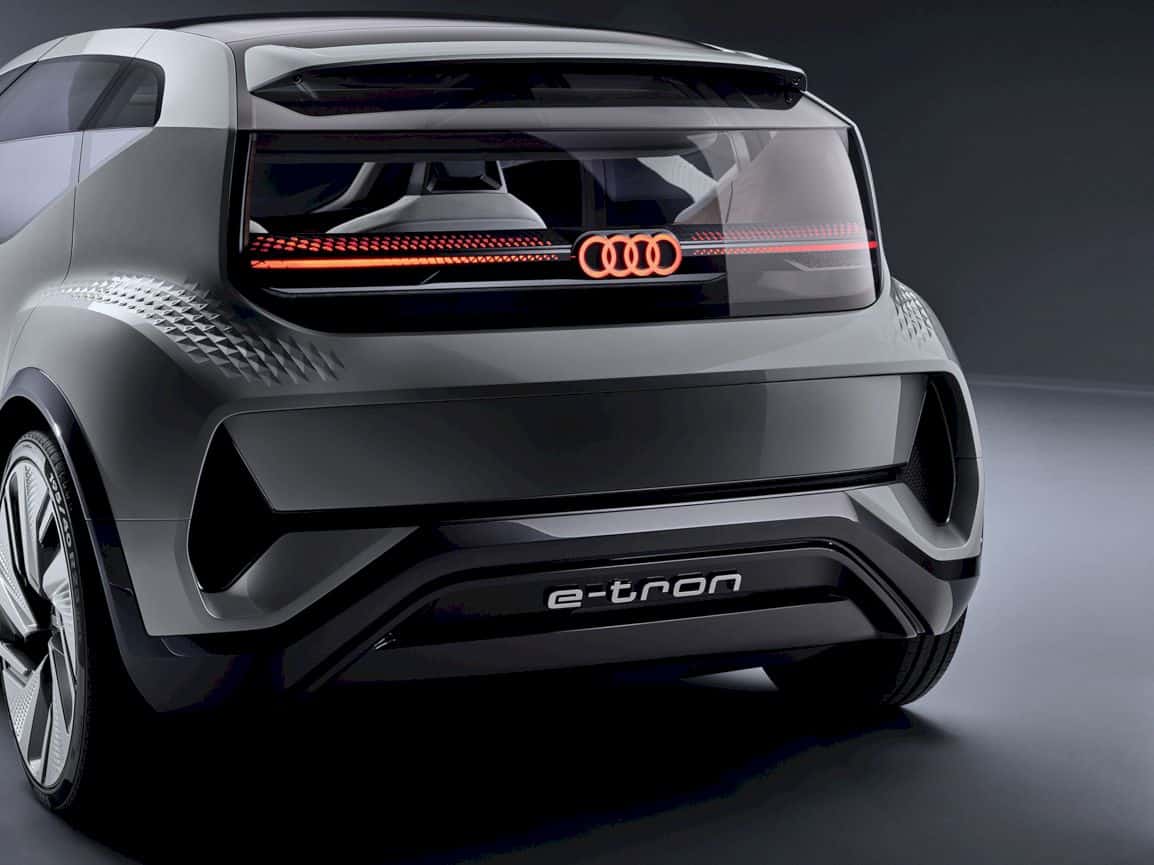 The front fascia sector is equipped with LED lighting as well as the stern section. The design of the front lamp is intended to send signals to pedestrians or other vehicles through elaborative light.

In accordance with the naming, the concept vehicle is designed with a Level 4 autonomous drive system which means it can drive independently in most situations without driver intervention. 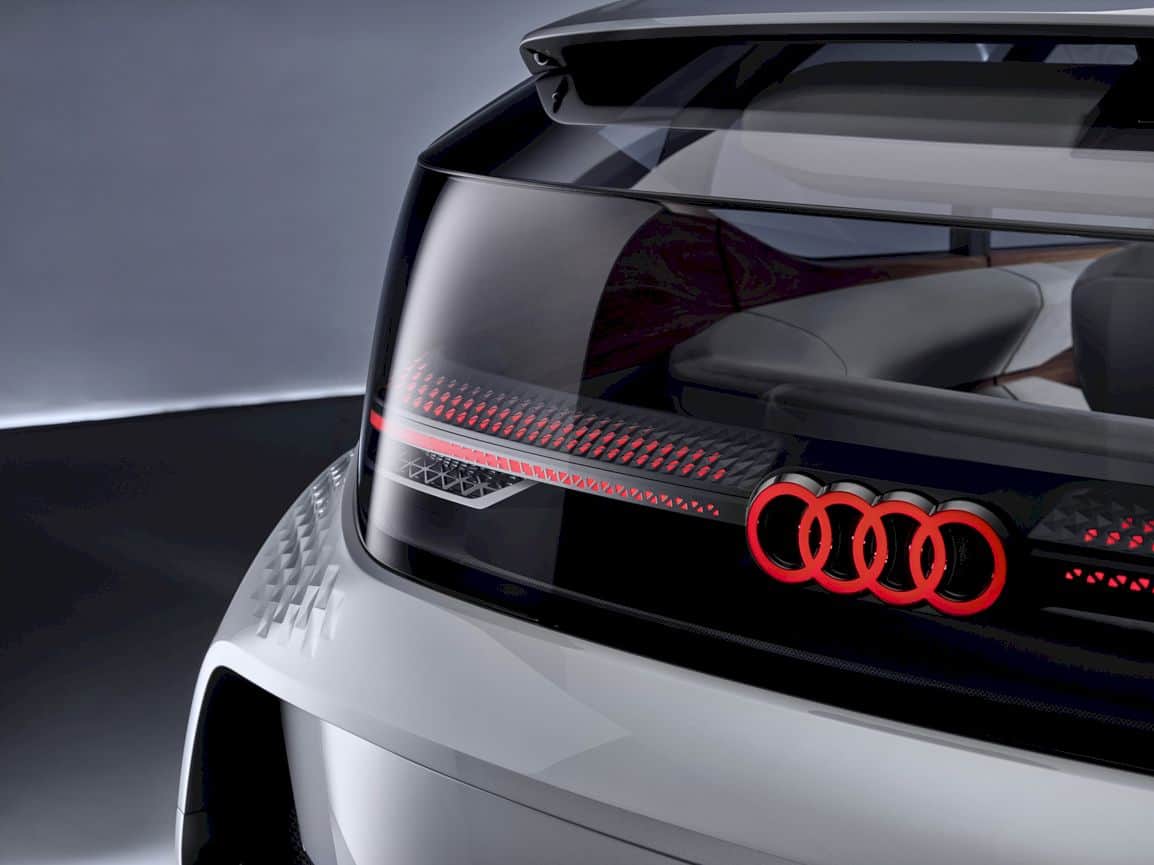 However, unlike the Audi AIcon concept which was formalized with a Level 5 autonomous system, the Audi AI: ME still includes traditional steering and pedals to be on the safety net in case the driver needs to take control of the car. 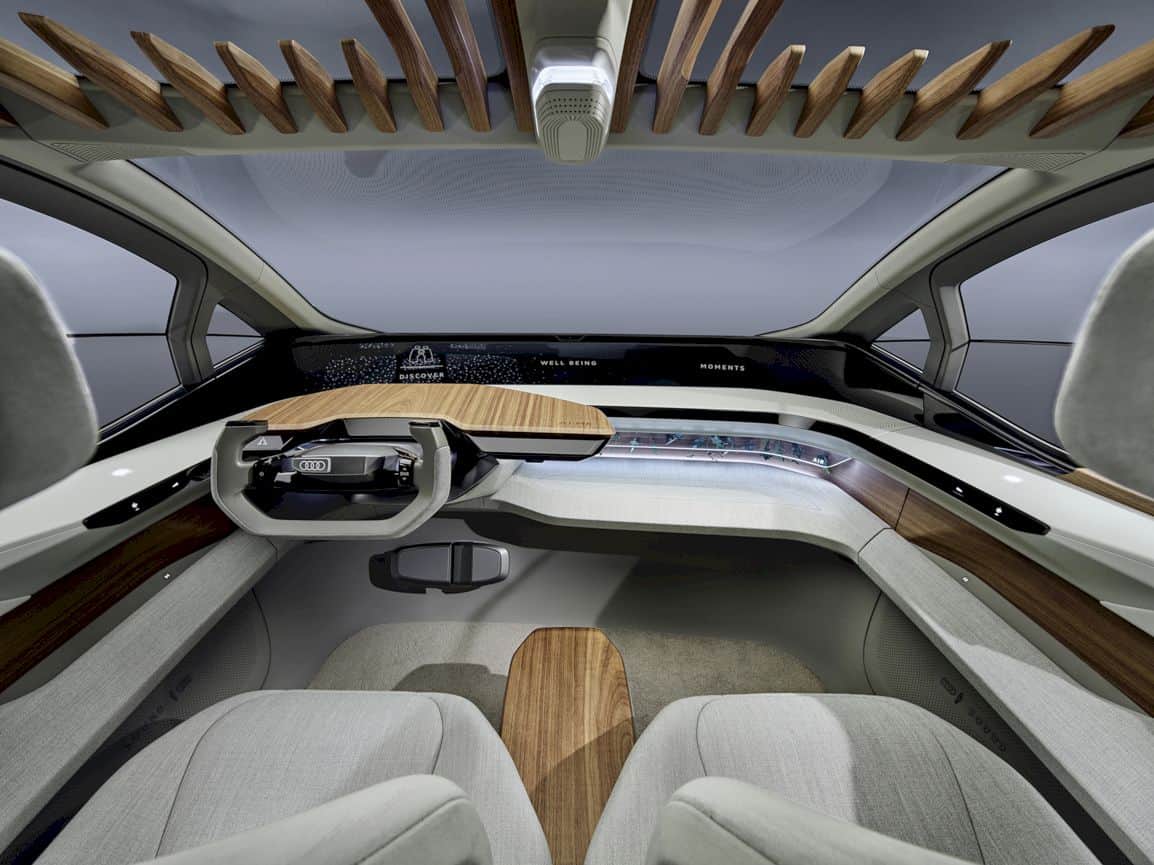 The steering wheel and pedals are perhaps the most traditional interior element in this vehicle. Audi has developed pillars A, B, and C which is very thin to give an airy and refreshing impression. 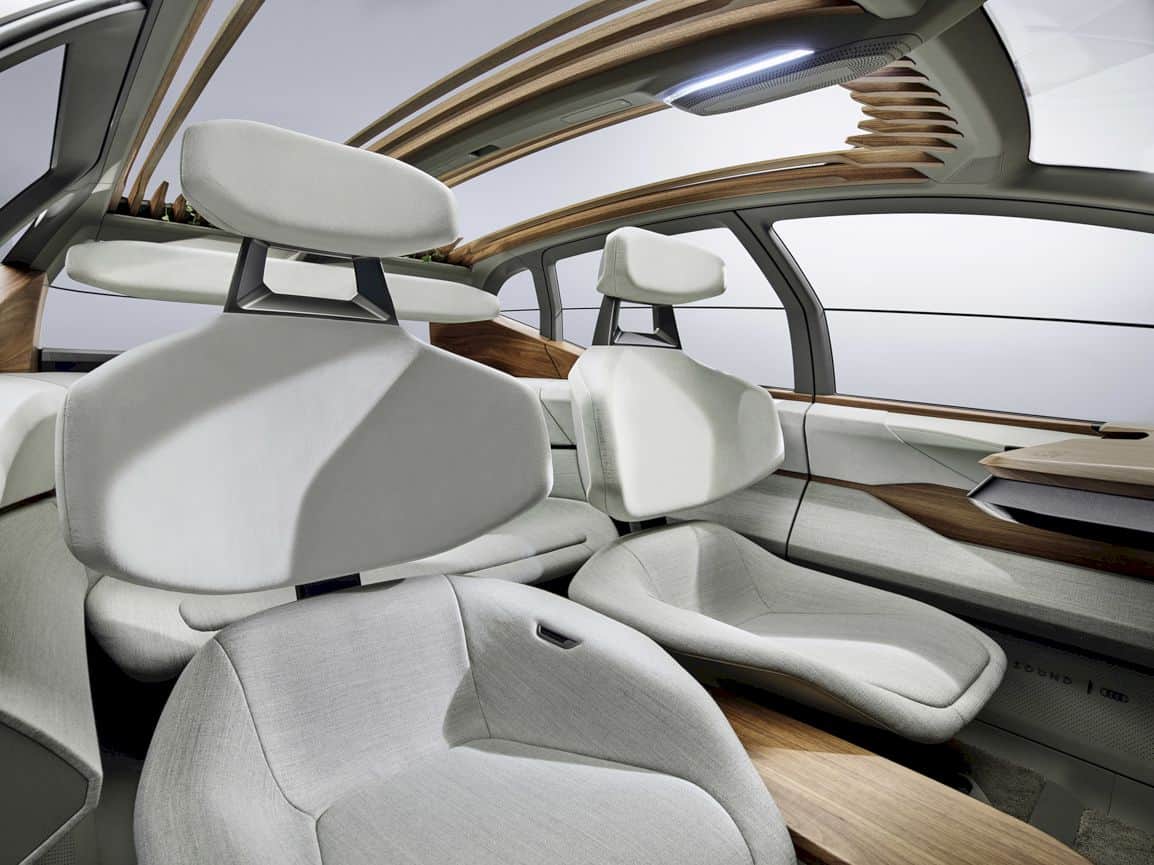 The interior is equipped with two seats in the front and one long seat in the back. While wood accents dominate most cabins and there are even green leaves on the headliner and dashboard that give the impression of being environmentally friendly. There are two tables, a unit for food and glass, in the traditional style. 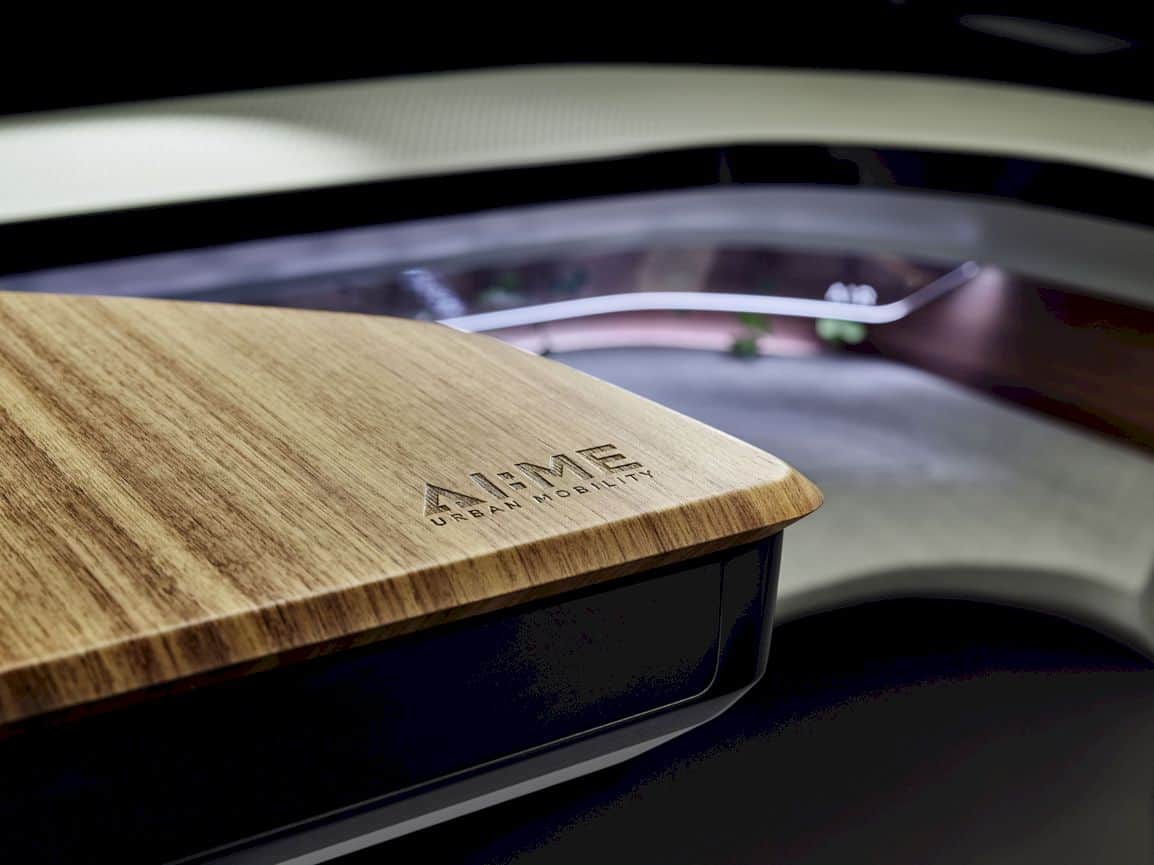 The concept eliminates traditional infotainment centered on the dashboard. the Audi AI: ME has replaced it with an augmented reality display, which can be controlled via gestures or eye movements, as well as camera lenses that track the eye. 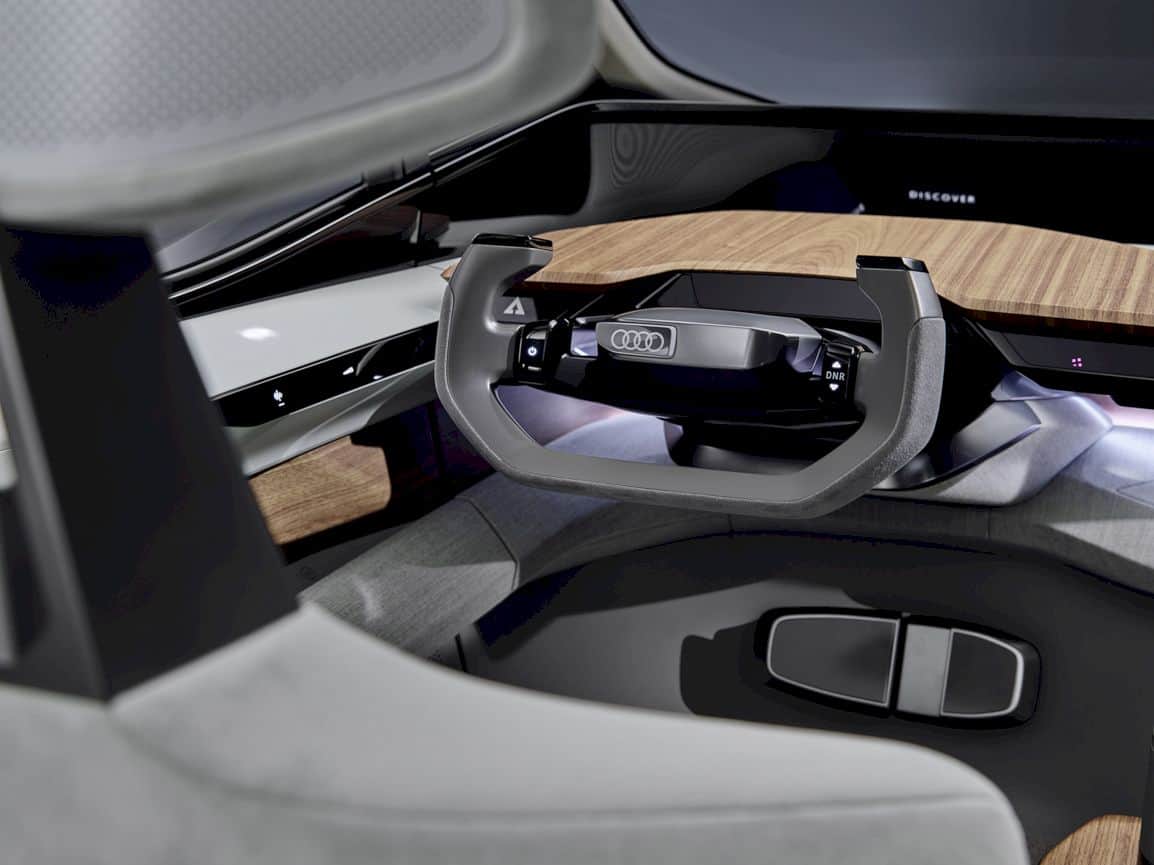 Clients who book the concept vehicle will then get their ideal vehicle, however, they can likewise have it arranged to suit their own inclinations. The shading, interior, and specialized alternative works can be pre-arranged online with the application or through the driver details that have been put away in the “myAudi” system. 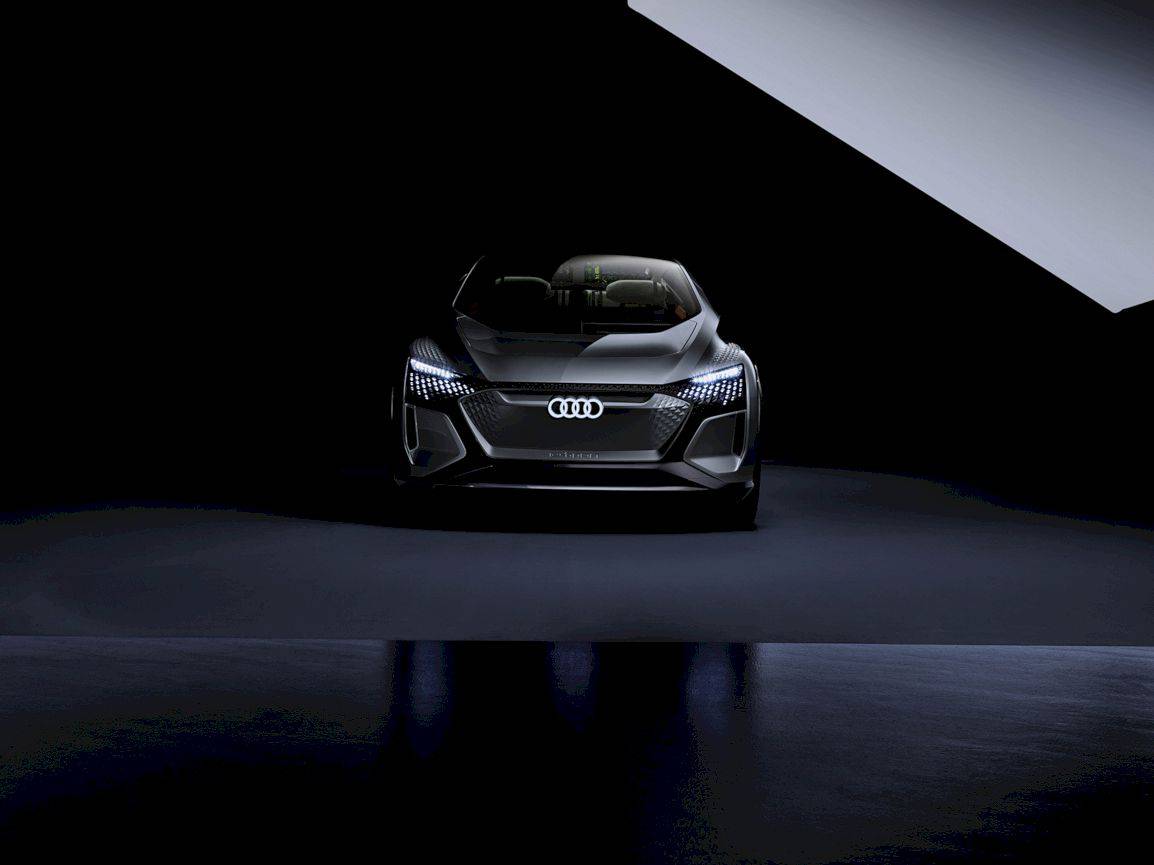 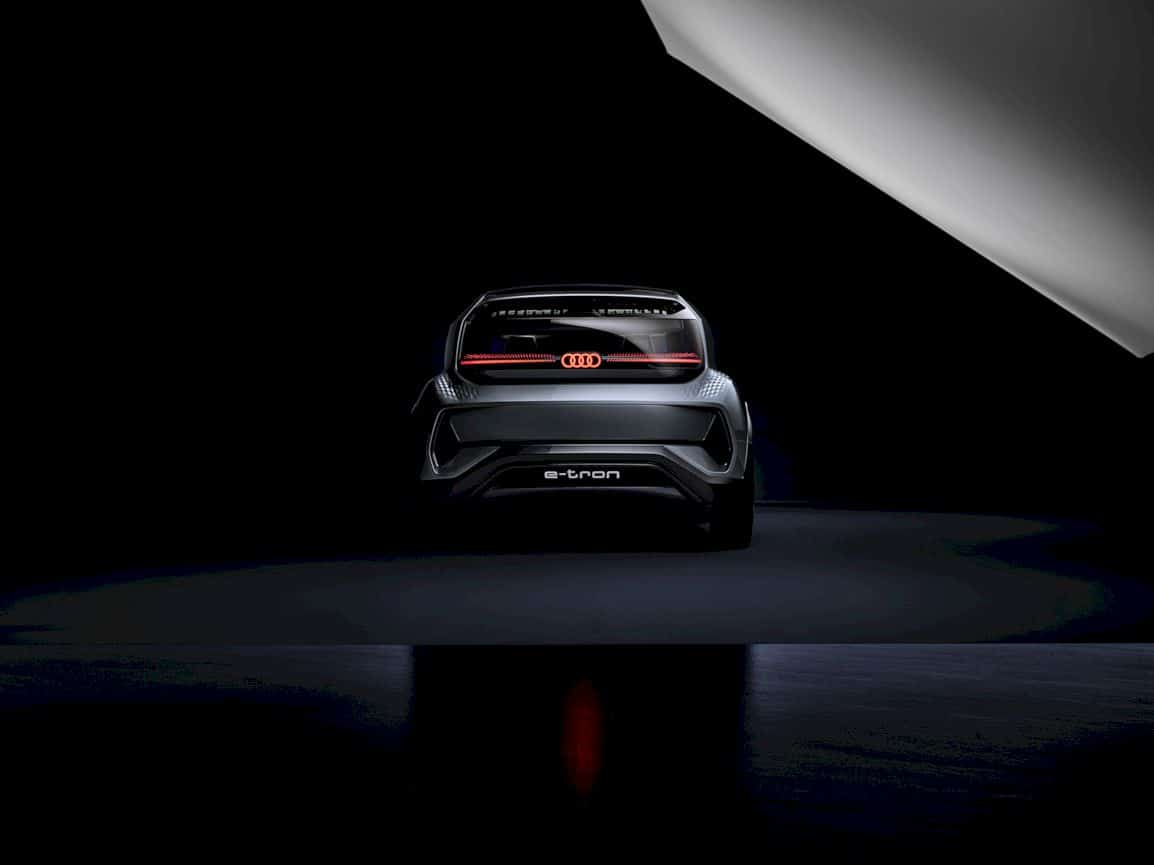 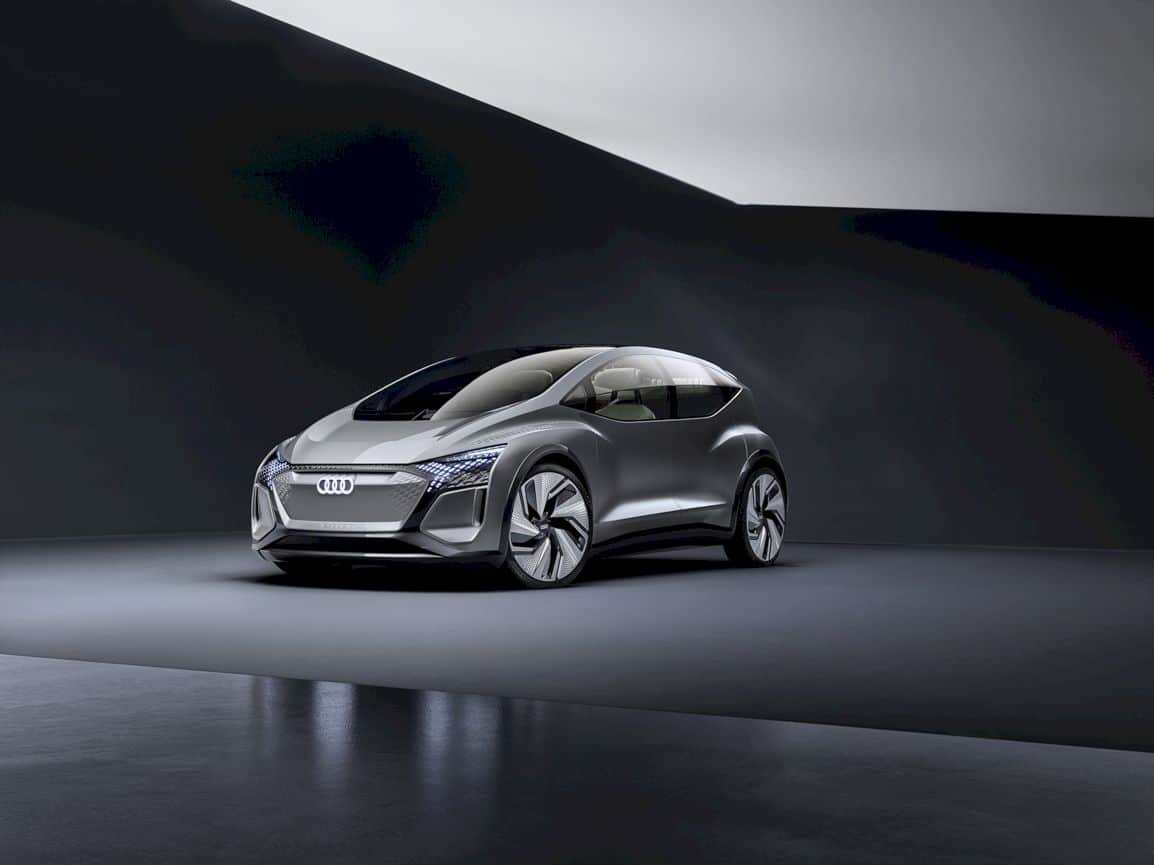 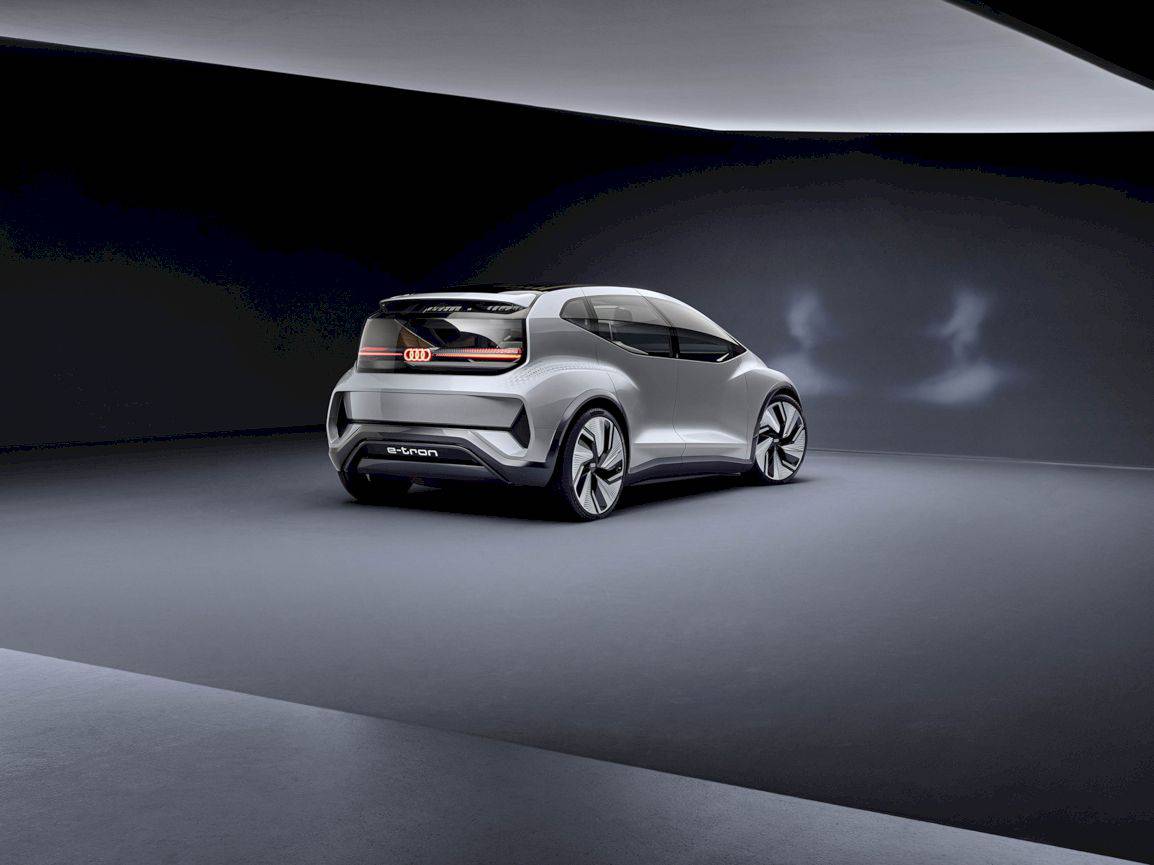 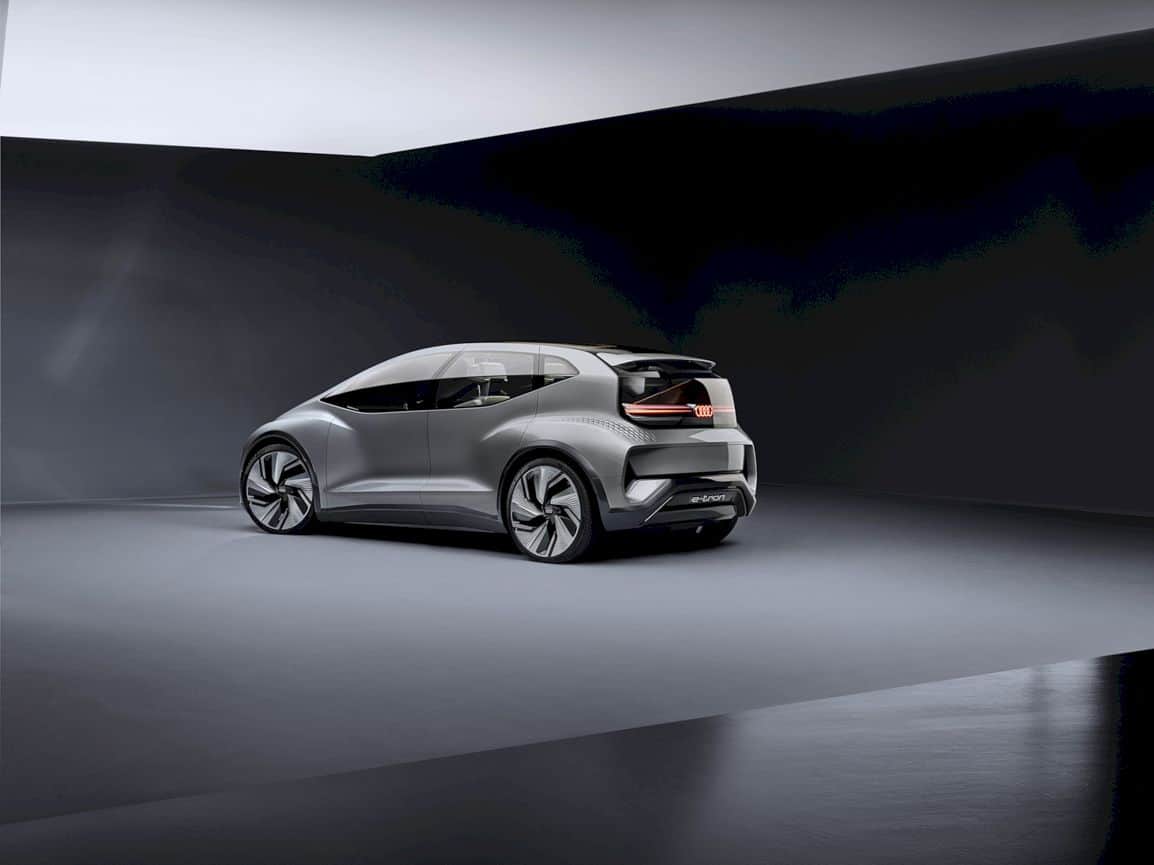