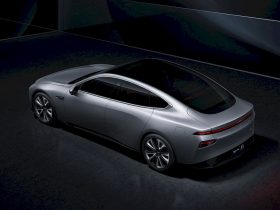 Spider type Ferrari usually has a special designation, which gives the sensation of driving closer to the driver because the roof is open due to the roar of the engine which is easier to get into the engine.

It has become a tradition in the Ferrari sports car family with a V8 Ferrari mid-engine engine to present two-vehicle characters, the coupe, and convertible versions.

Usually, the coupe model in the language of Ferrari is called Berlinetta, it always appears first and will be followed by a convertible version or better known as Spider which will be our subject this time. 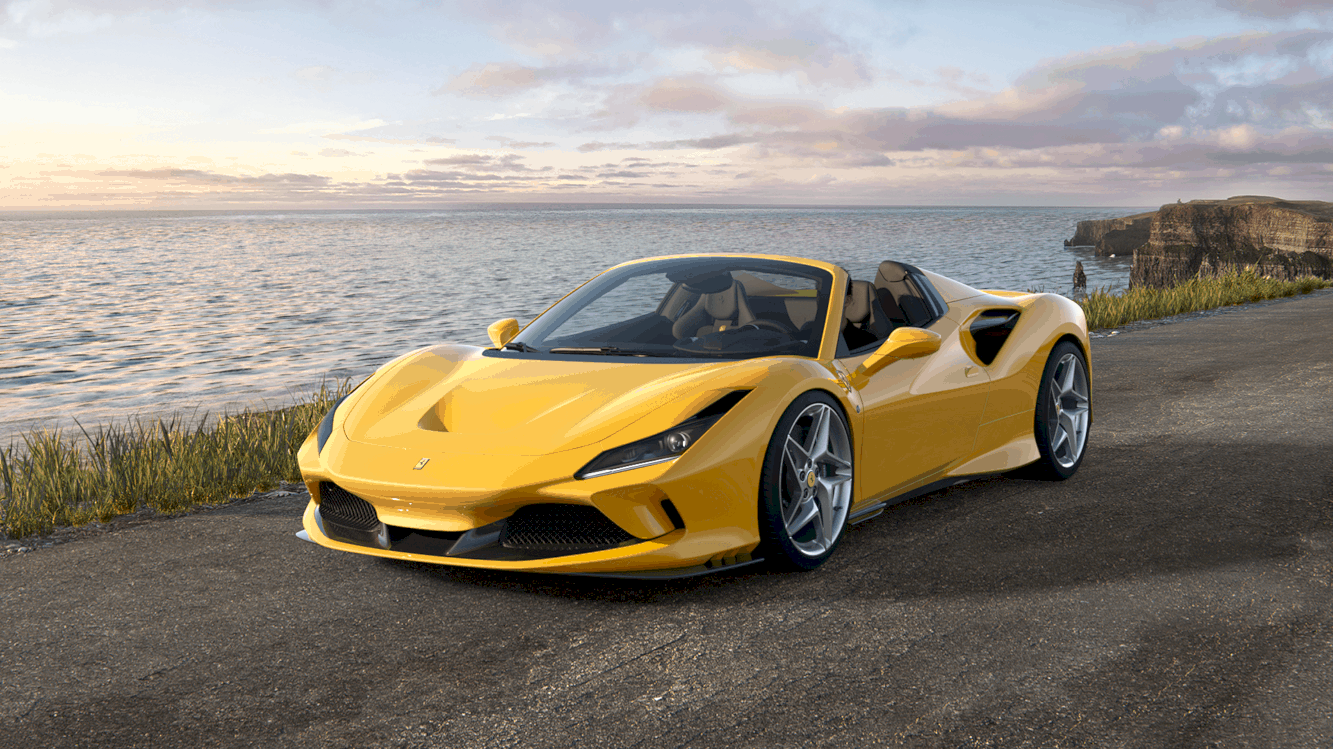 The Ferrari F8 Spider was designed in conjunction with the Tributo Berlinetta F8 and featured a compact and efficient Retractable Hard Top which influenced the leading ranks of the models in its class. The F8 Spider is the latest model of the V8 engine open-top category, which began in 308 GTS in 1977. 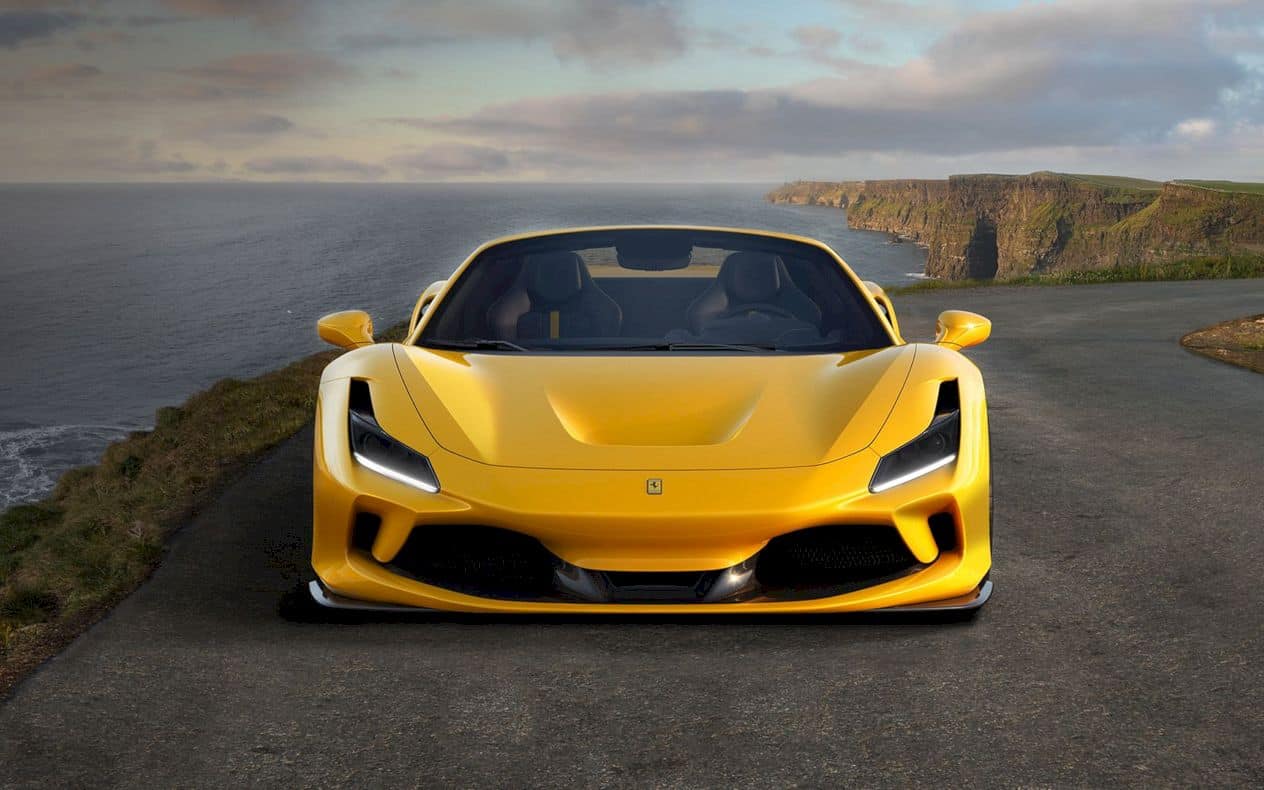 The mission of each new model produced by Maranello is to introduce new design features and outperform its predecessors on all fronts. Engineers and designers are challenged to go beyond their creative boundaries and technological limitations by offering new solutions that create a new level of excellence. They have done this once again and produce a masterpiece through this new model.

The F8 Spider continues the directions that begin with the F8 Tributo which bridges a new design style that will continue to emphasize the main characteristics of Ferrari, namely high performance and extreme aerodynamic efficiency. 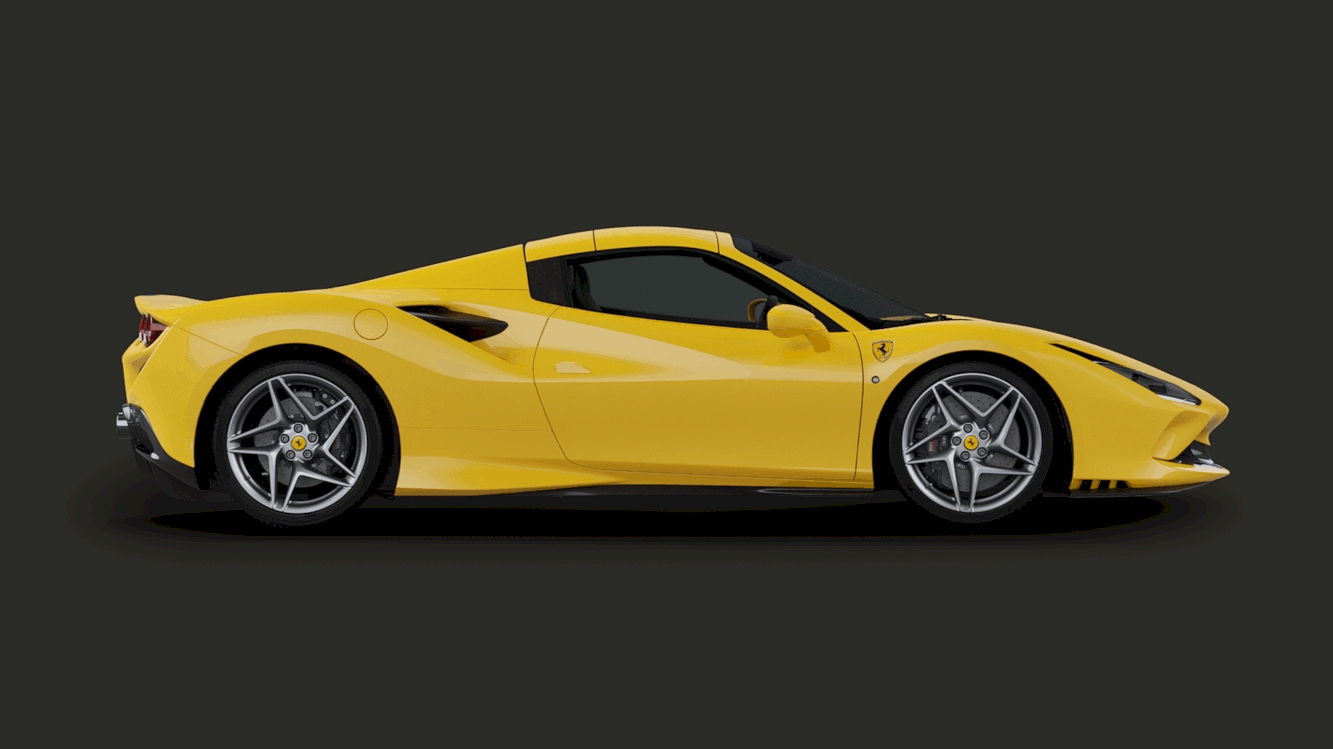 When designing Spiders the choice of the top will always play a fundamental role in the overall look of the car. Over the past few years, Ferrari has adopted a harsh upper section because of its comfort. Thus, the F8 Spider’s line design is made based on Retractable Hard Top. 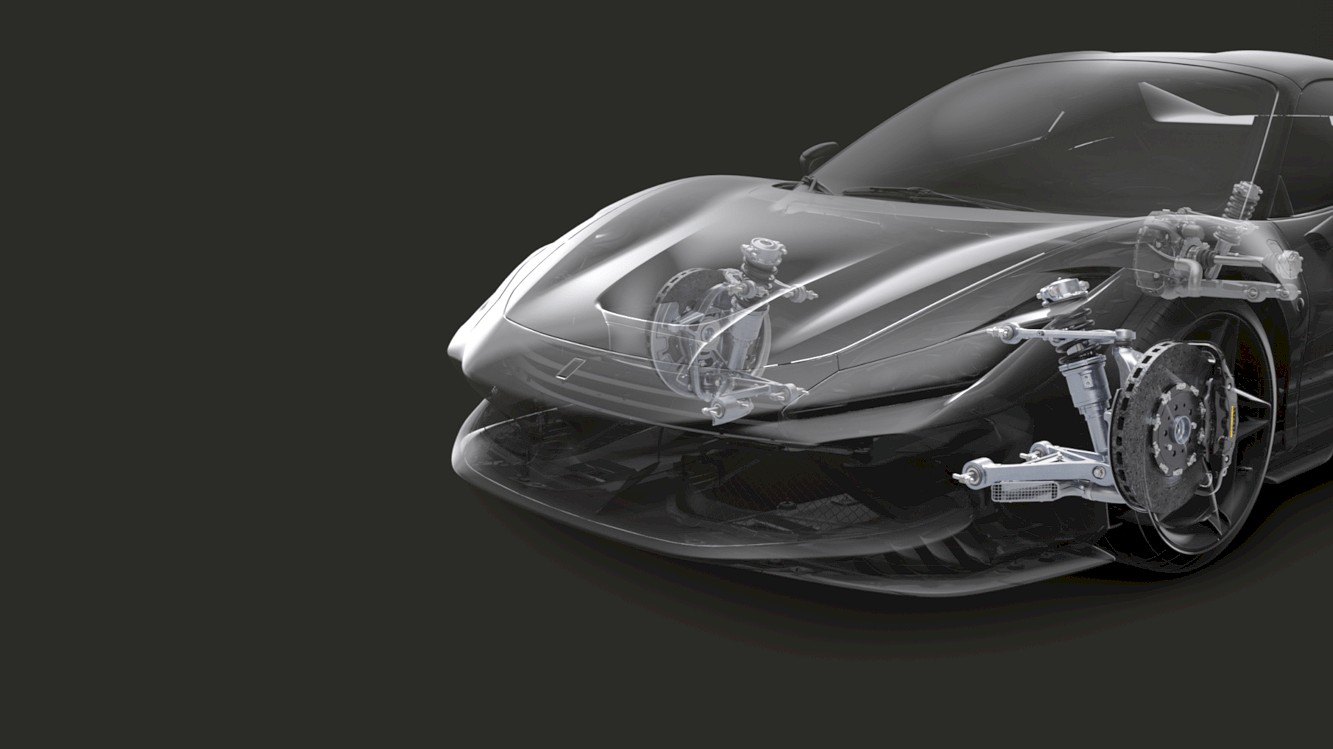 The key to the overall design lies in shifting the dividing line between the car body and the roof from its conventional position in the beltline to the top of the B-pillar. Thus, the top itself is more compact and has two dimensions, so it can be divided into two parts and stored on top of the machine.

The rear spoiler was completely redesigned, making it bigger and enclosing the area around the taillights, and visibly lowering the center of gravity of the car and allowing the return of the classic twin lamp cluster and matching colors between the tail and the body of the car. 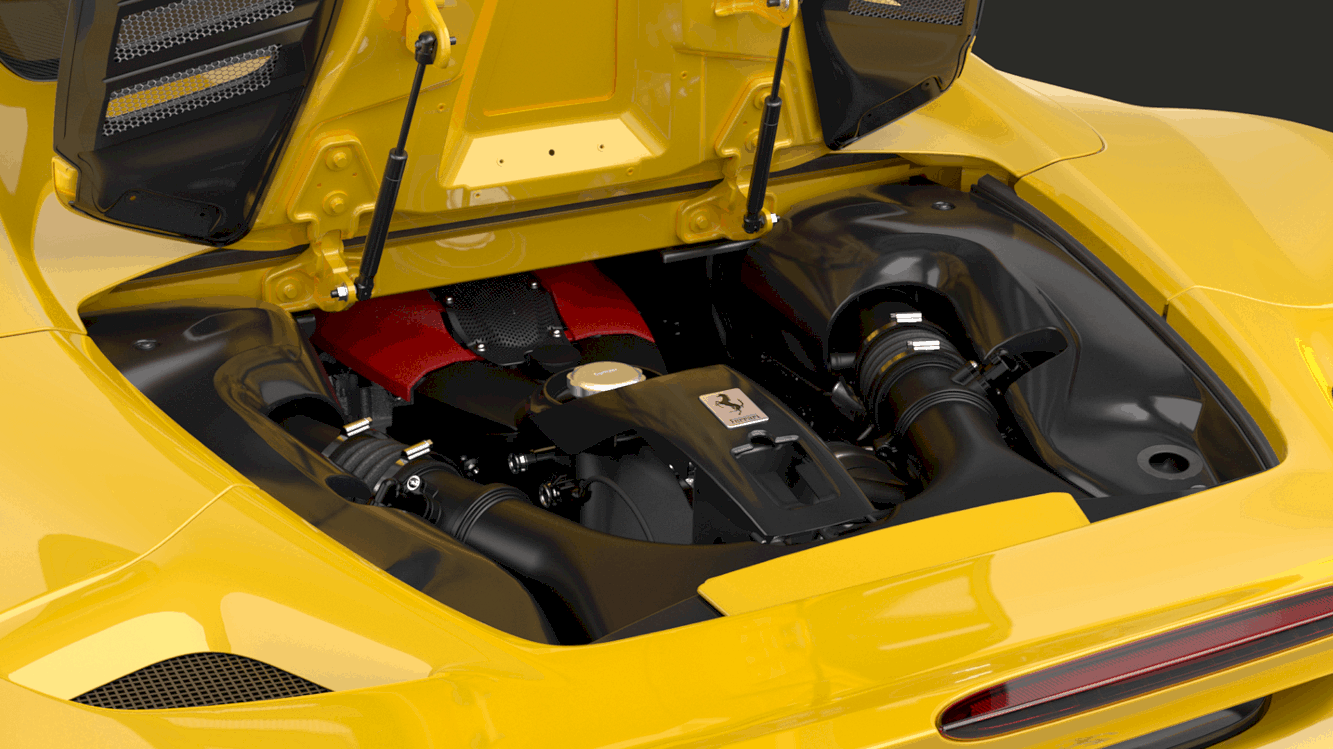 This Ferrari F8 Spider combines the characteristics of the widely recognized 8-cylinder engine with unmatched driving comfort. The biggest achievement of the F8 Spider is seen in its ability to output power instantly without turbo lag while maintaining a unique and special V8 roar.

The Ferrari F8 Spider is still carrying 720 CV performance figures or 710 hp with 770 Nm of torque. All power is channeled to the rear wheels with F1 dual-clutch gearbox transmission. The time needed to go from 0-100 km / h can be reached in 2.9 seconds with a top speed of 340 km/hour. 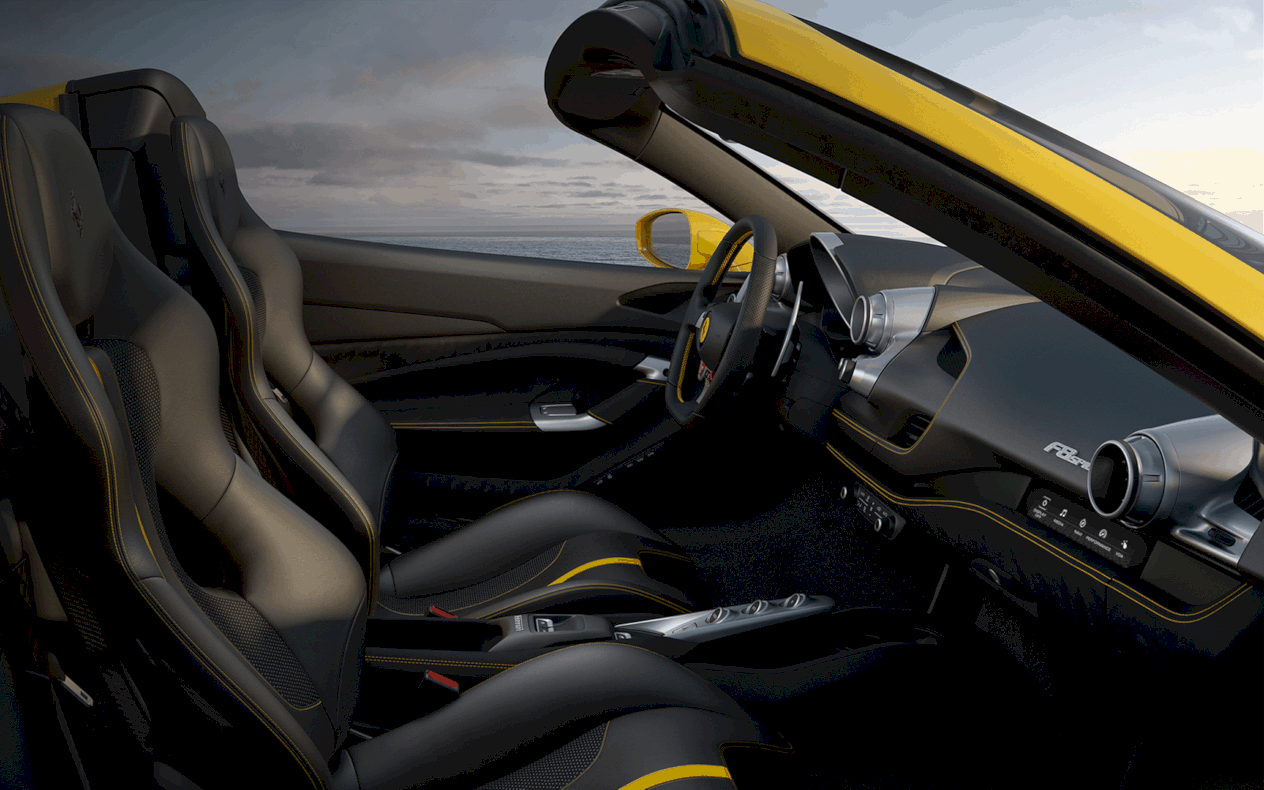 The dashboard is made of aluminum panels that support the center, extending to the dashboard itself. In order to create a light impression, a piece of carbon fiber is placed as a divider between the top and bottom, which forms the contour of the display. This section also includes an optional 7-inch screen. The dashboard is equipped with classic instruments with the main RPM.

The tunnel is clearly separated from the dashboard and located underneath it to reinforce the light impression that arises from the car’s interior design. There is a kind of connector that looks floating and gives the cabin a contoured feel. 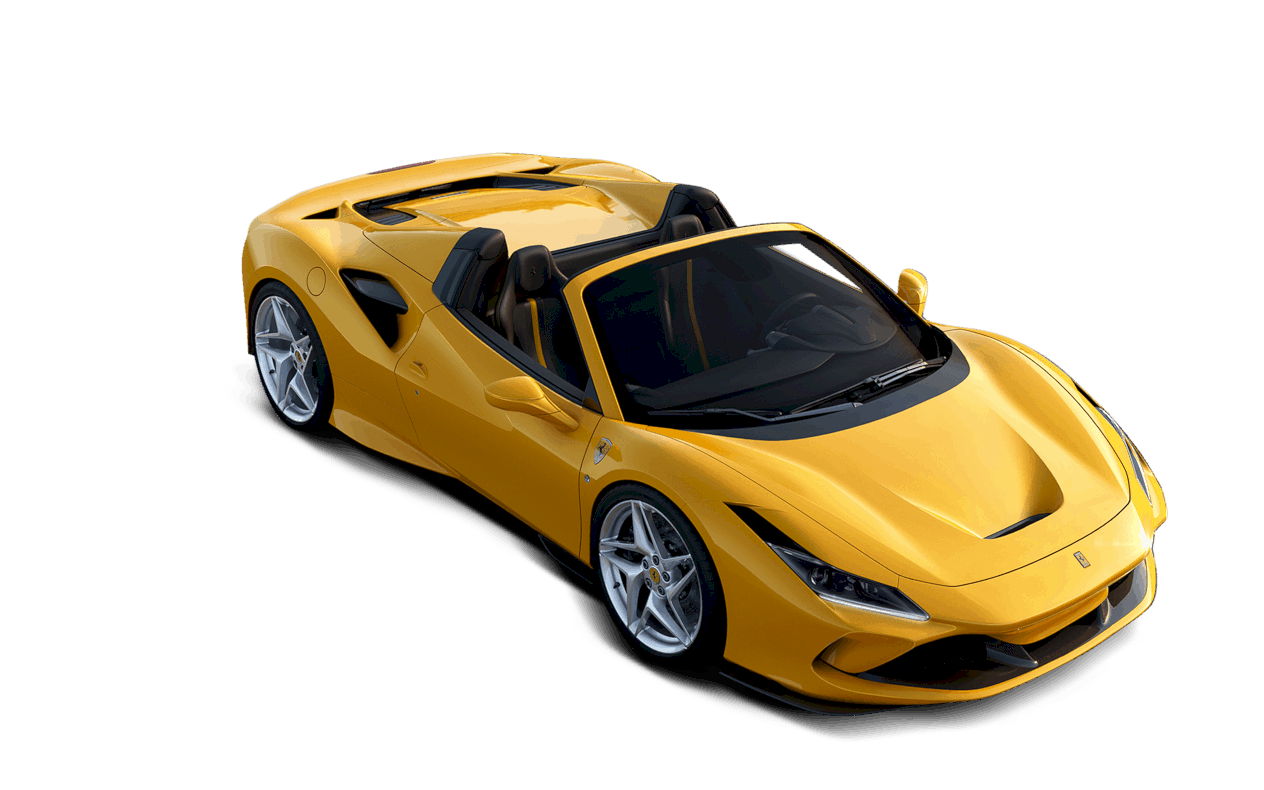 Ferrari did not mention the official price of the Ferrari F8 Spider, because the price of the car could follow the options carried by each car. Nevertheless, Ferrari currently provides support in the form of maintenance programs for the first seven years of the car.