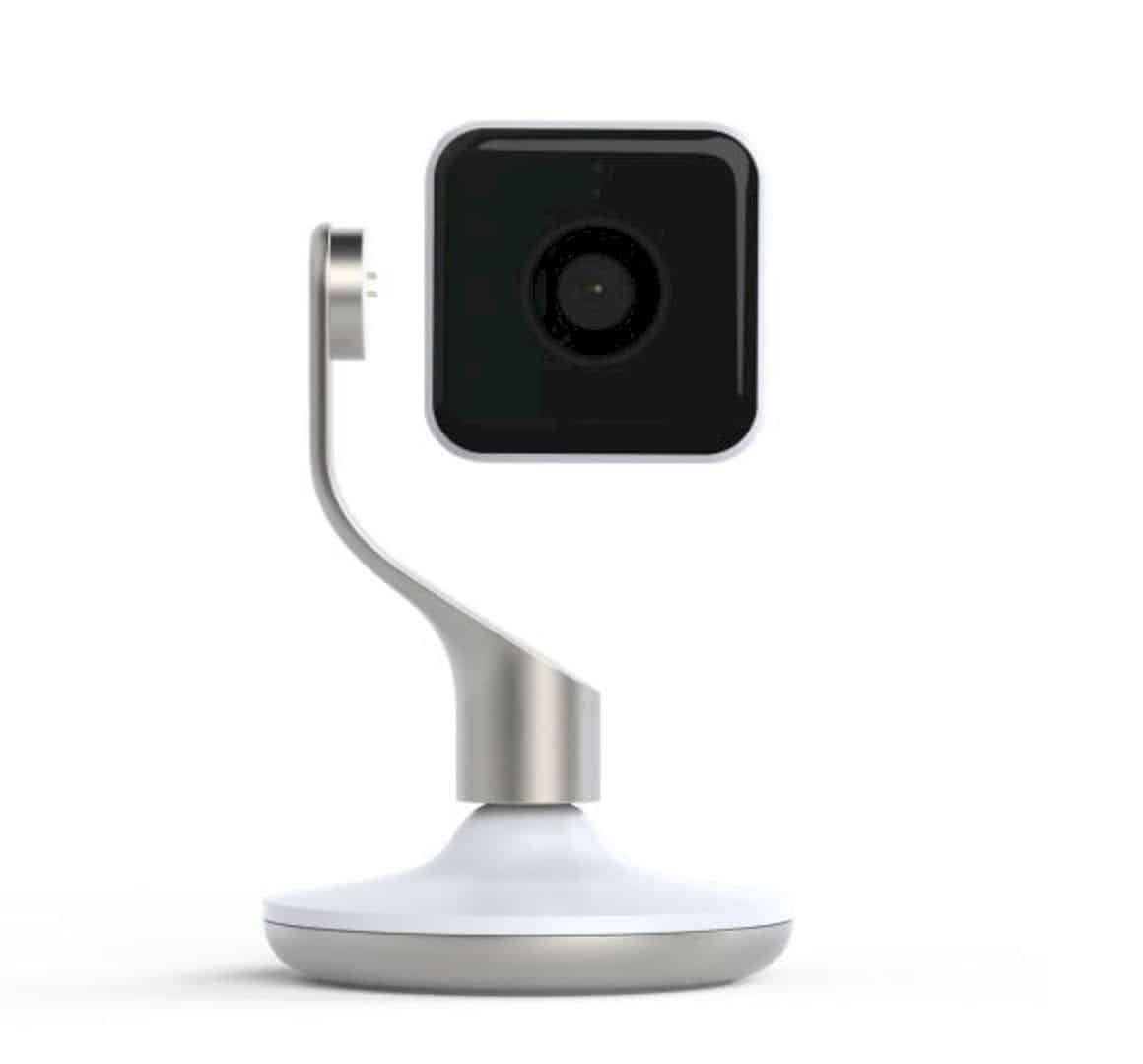 After getting the hype with the Liberate Air True Wireless that is beautiful and perfectible, the House Of Marley brand takes, like everyone else, the train of active noise reduction by releasing a new product called Redemption ANC.

The brand proclaims itself as eco-responsible, which means a little bit and nothing to say depending on the marketing choices it made. At first glance, the customer might think that this aspect stops with the use of bamboo for aesthetic purposes, but House Of Marley also largely uses silicone from recycled materials for its headphones.

The charging box is also a mixture of bamboo and a composite of wood and plastic fiber. The woody touch does not prevent the earphones from being IPX4 certified, giving them resistance to any type of splashing water.

After getting the little vegetable touch, the design is finally quite common, using a rod structure and a cannula that is slightly inclined. The recharging box is also quite classic but obviously not too bulky. The connection is handled by USB-C.

Compared to the Liberates, the Redemptions ANC clearly borrow their appearance from the AirPods. The product is slightly larger and less refined than Apple’s. The black color with the striking bamboo touch gives the Marleys its own character.

There are also more operating options on the new House of Marley Redemption ANC. In addition to pressing the caps to pause or skip, the users can also start and stop the music by removing the caps.

The headphones use a very classic Bluetooth 5.0 chip and advertise as single charge autonomy between five hours (with ANC or sound feedback) and seven hours (without ANC), and between 20 hours and 28 hours, counting the recharge per box. To make the party a complete one, the Redemption ANC will also benefit from a rapid charging technology with two hours of operation for 15 minutes of charging. 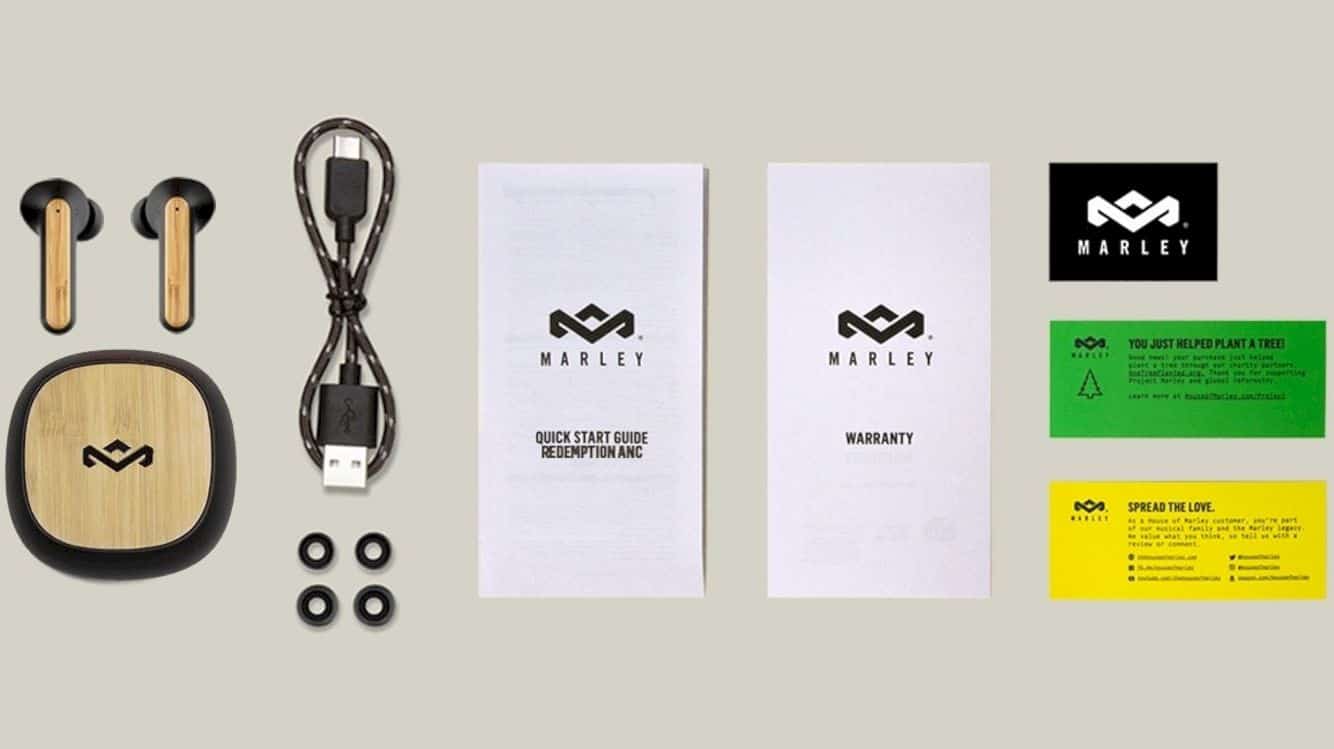 The headphones use two microphones per side, a topology that should be used both for active noise reduction, voice isolation during calls, but also for the sound feedback of external noise. The House of Marley Redemption ANC is marketed at $199.99 and according to the review, it is worth every cent. 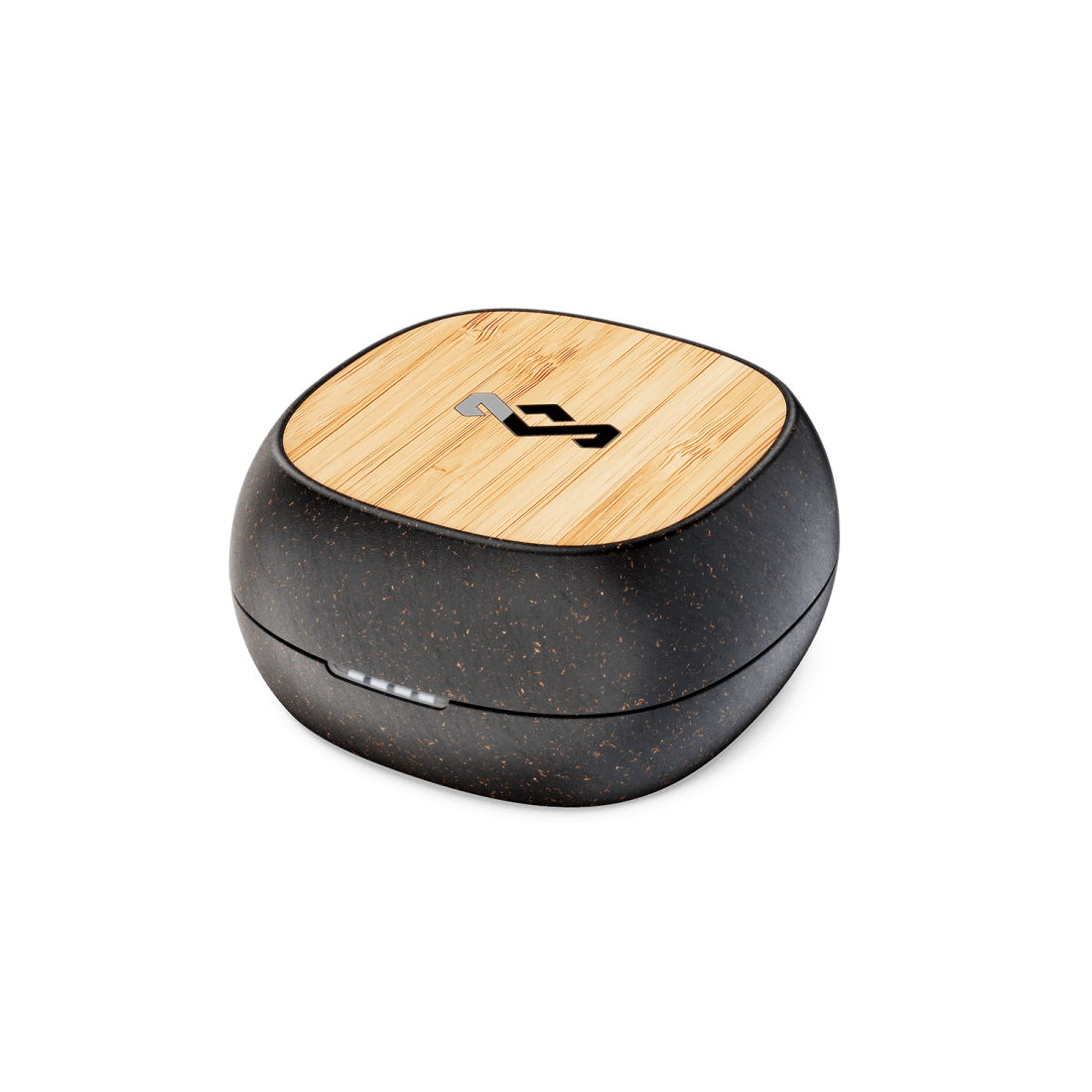 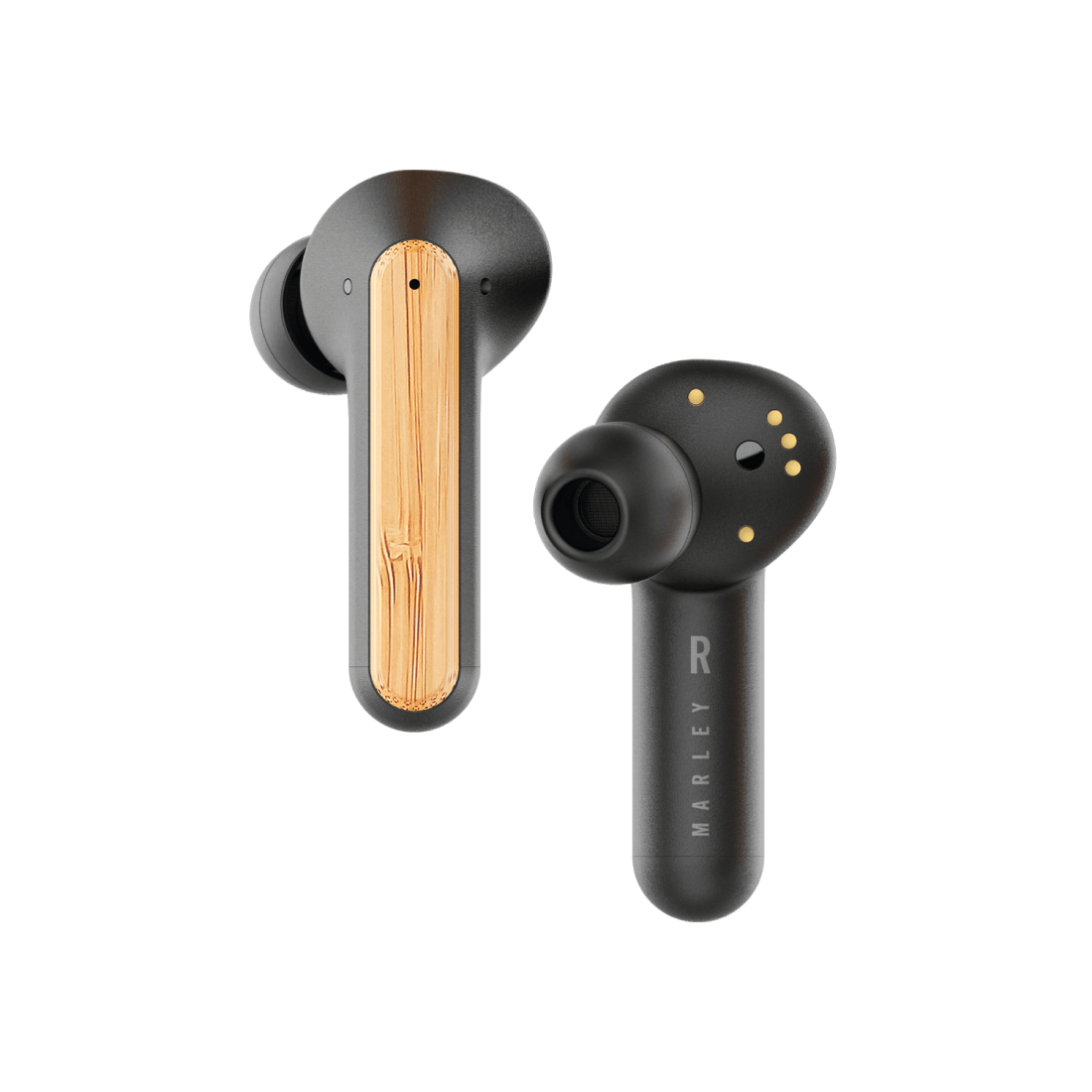 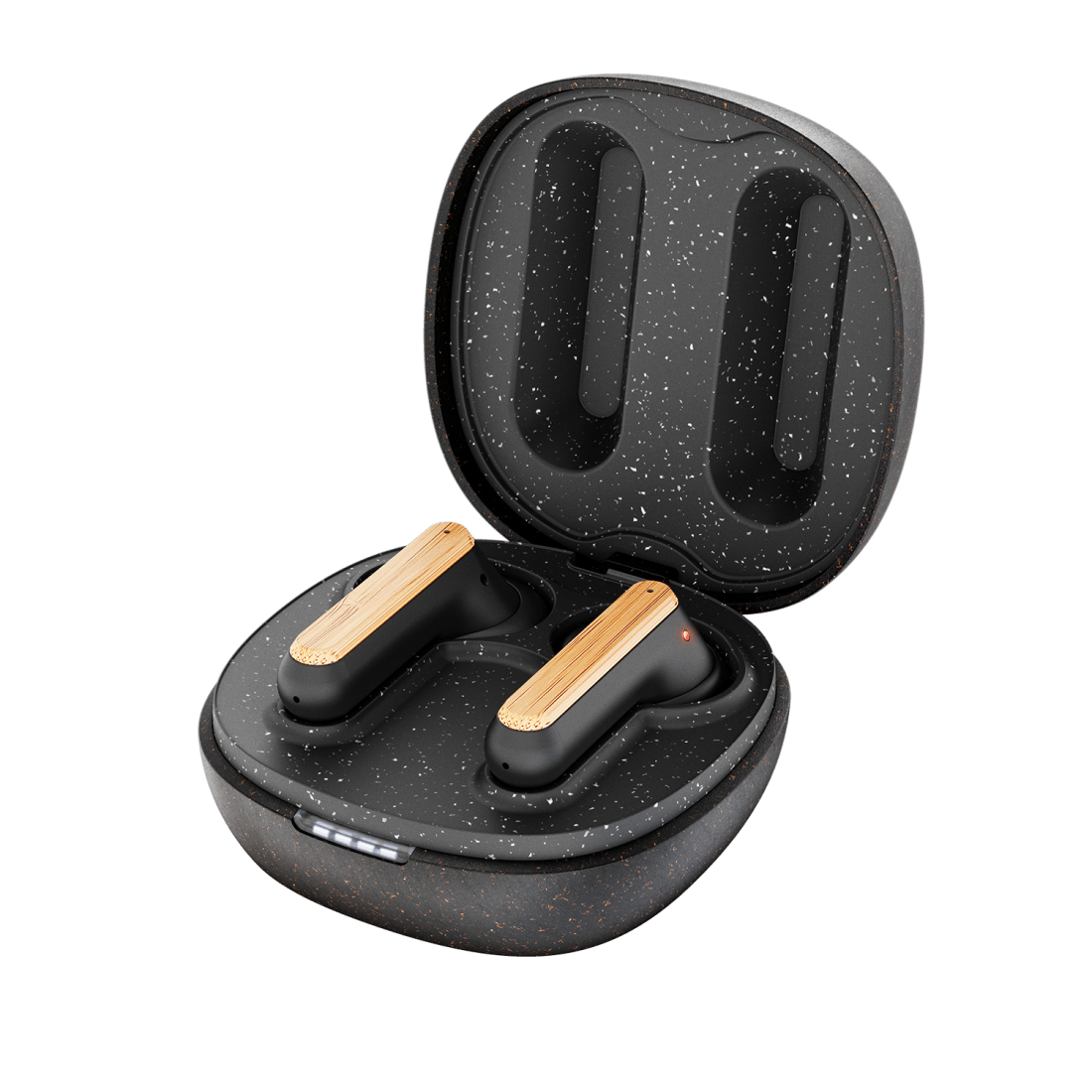 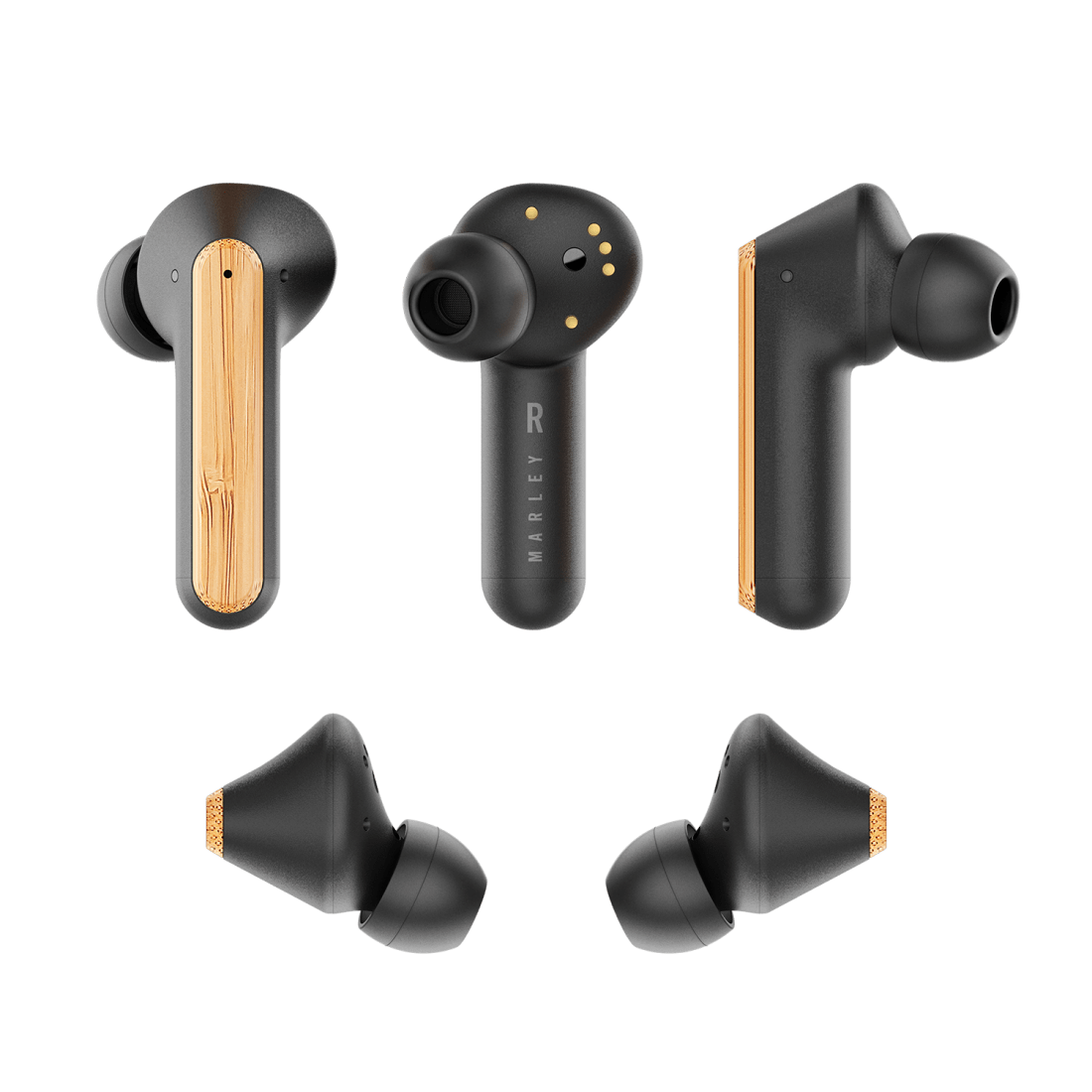