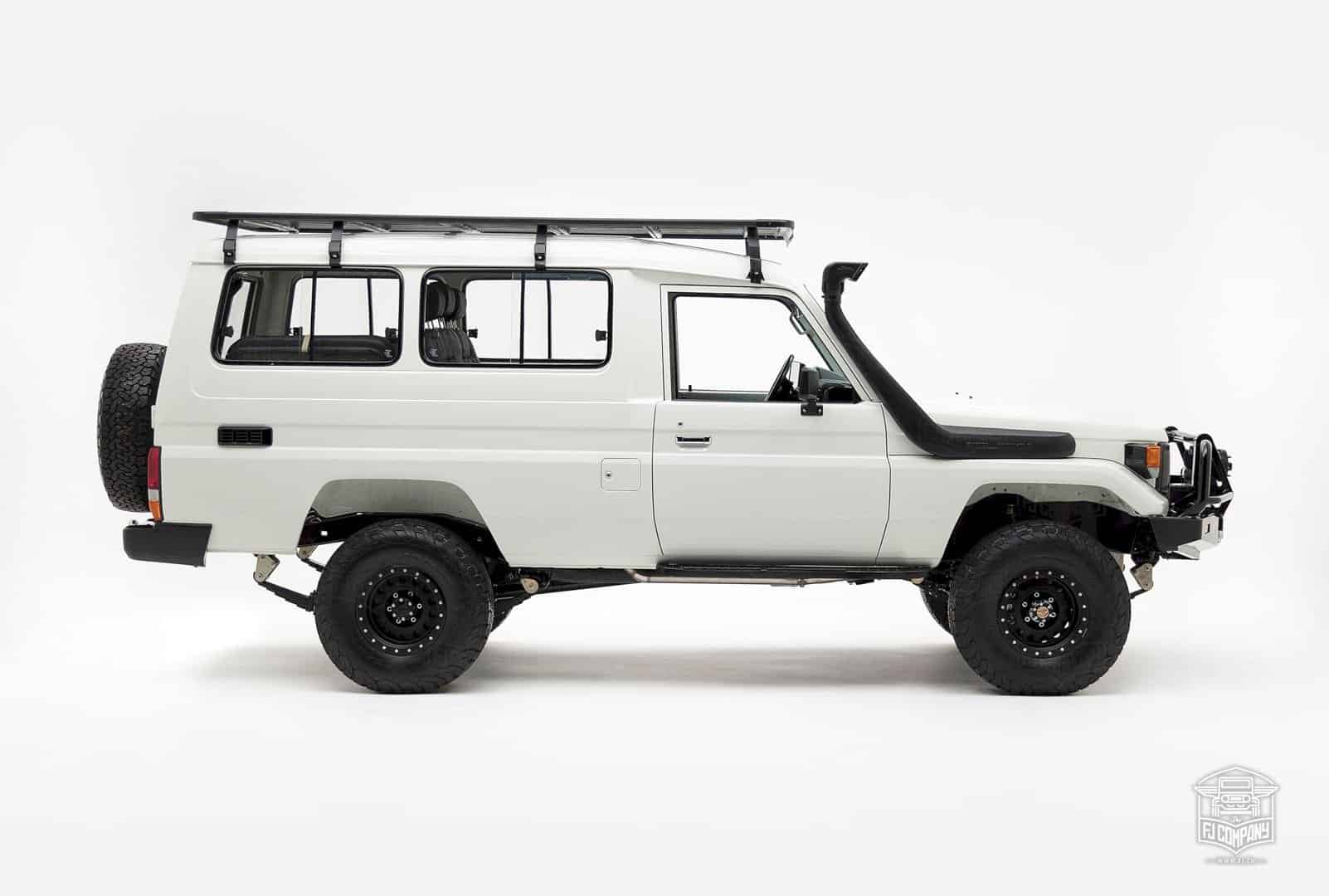 In order to embrace the automotive world in the future, it is clear that various automotive industries are starting to prepare their future cars. Kia is one of the manufacturers that do concern with a future concept by showing off the sophistication of HabaNiro at the 2019 New York International Auto Show. 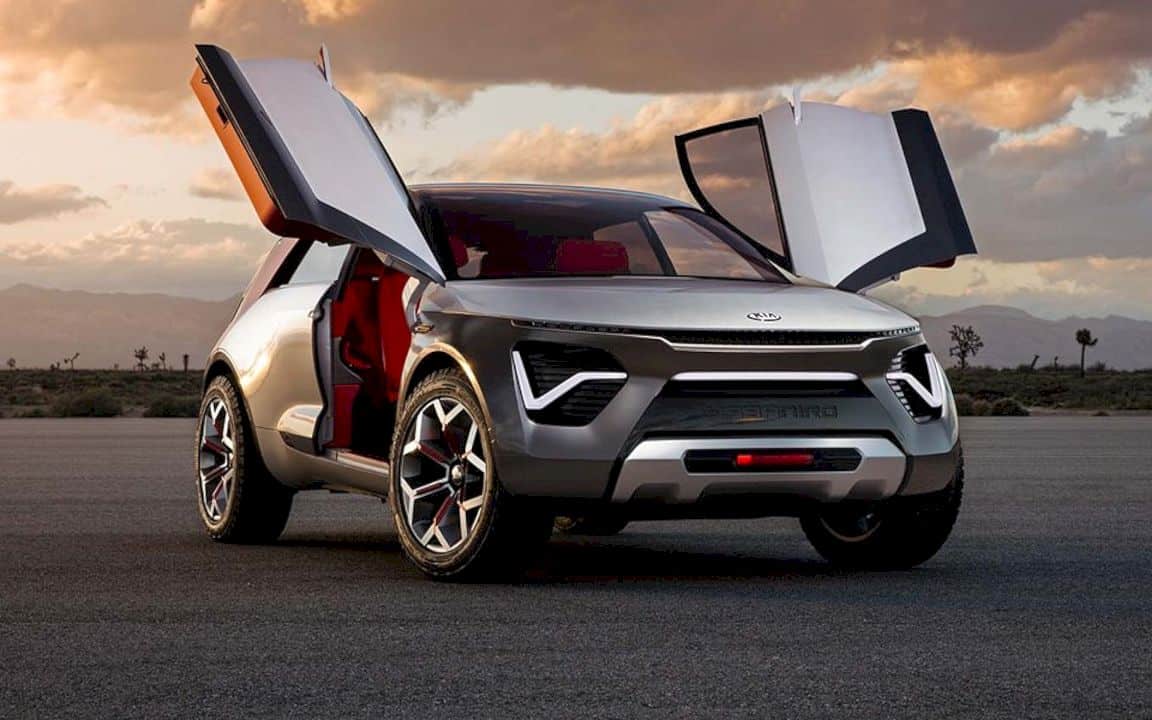 Futuristic nuance on the exterior of the KIA HabaNiro Concept looks masculine. The nuances of the future really feel thick, ranging from the use of white on several sides to the unusual curves.

The front face looks more like a shark-like expression, sharp but also convex on one side. The concoction is also complete with a front bumper that resembles the teeth of a shark at both ends. 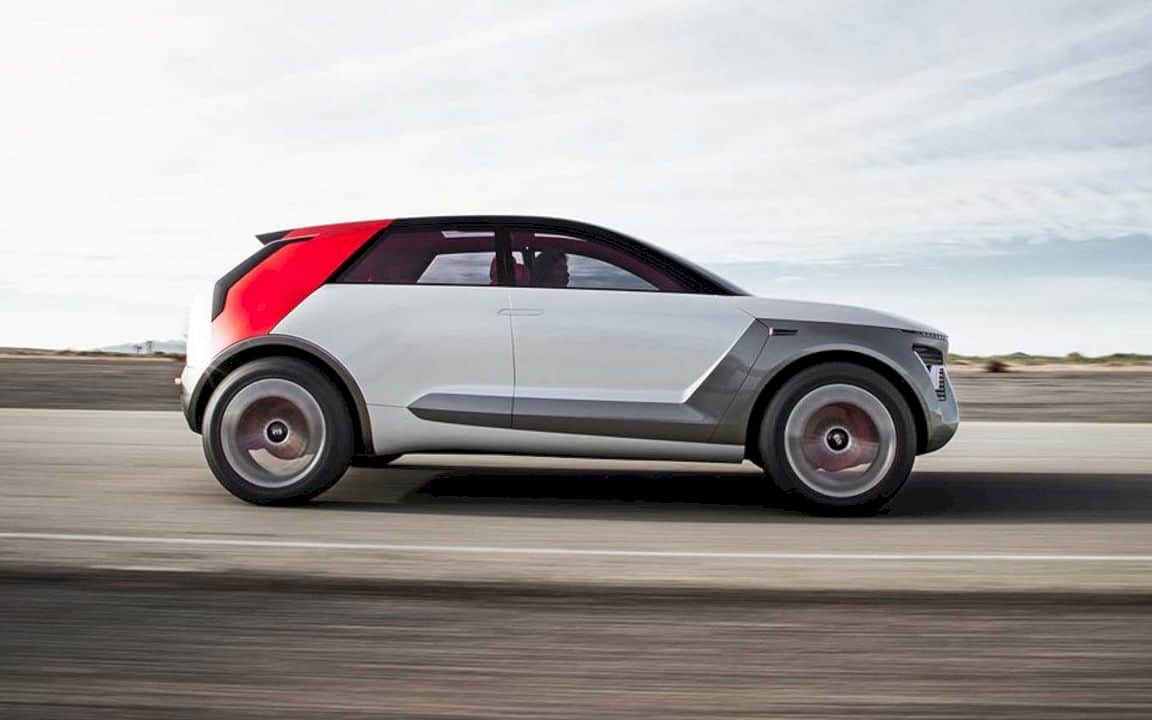 On the other hand, the use of LED Daytime Running Lights (DRL) lights that can glow periodically, gives the message that the car is breathing as if it is not an inanimate object but is alive.

Adventurous characters can also be observed from the side body, high ground clearance and the use of 20-inch tires, successfully conveying its unique character. Interestingly, the openings on each door use the butterfly doors model which opens upwards. 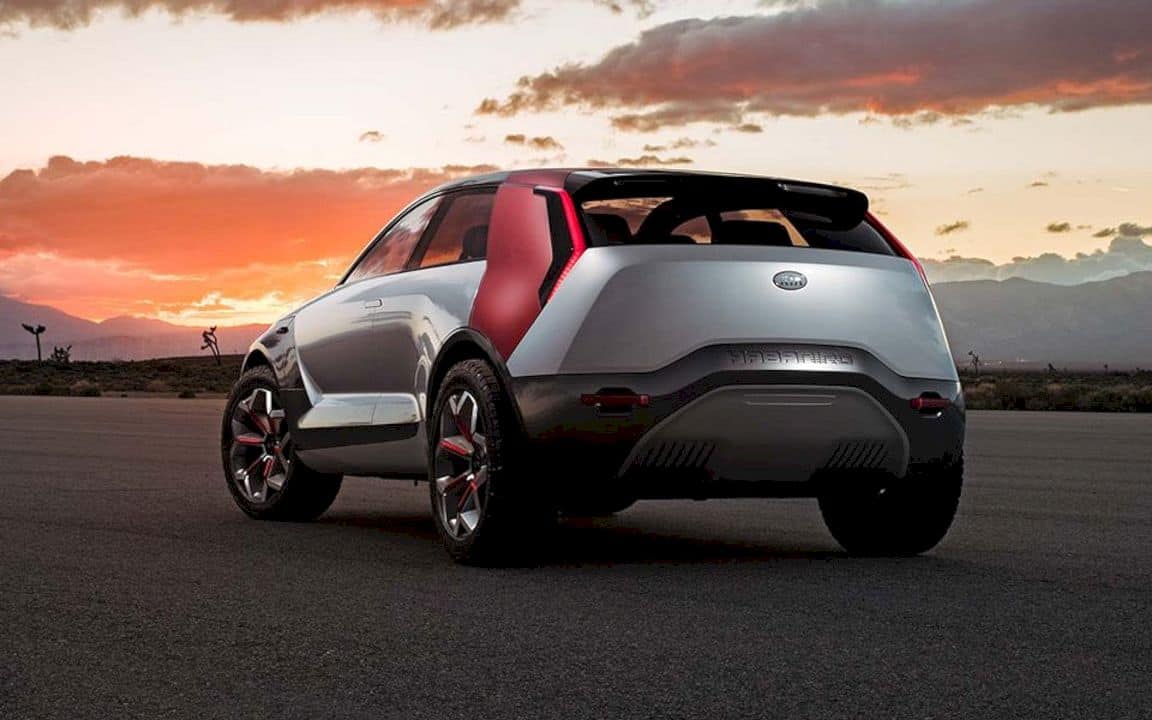 The body behind itself looks bulging, strengthening the masculine character of the whole body. The design curve is also in line with the rear bumper which tends to rise. Another special thing is also located on the side of the lamp which is packed following the C-Pillar groove, wrapped in Red Lava color. 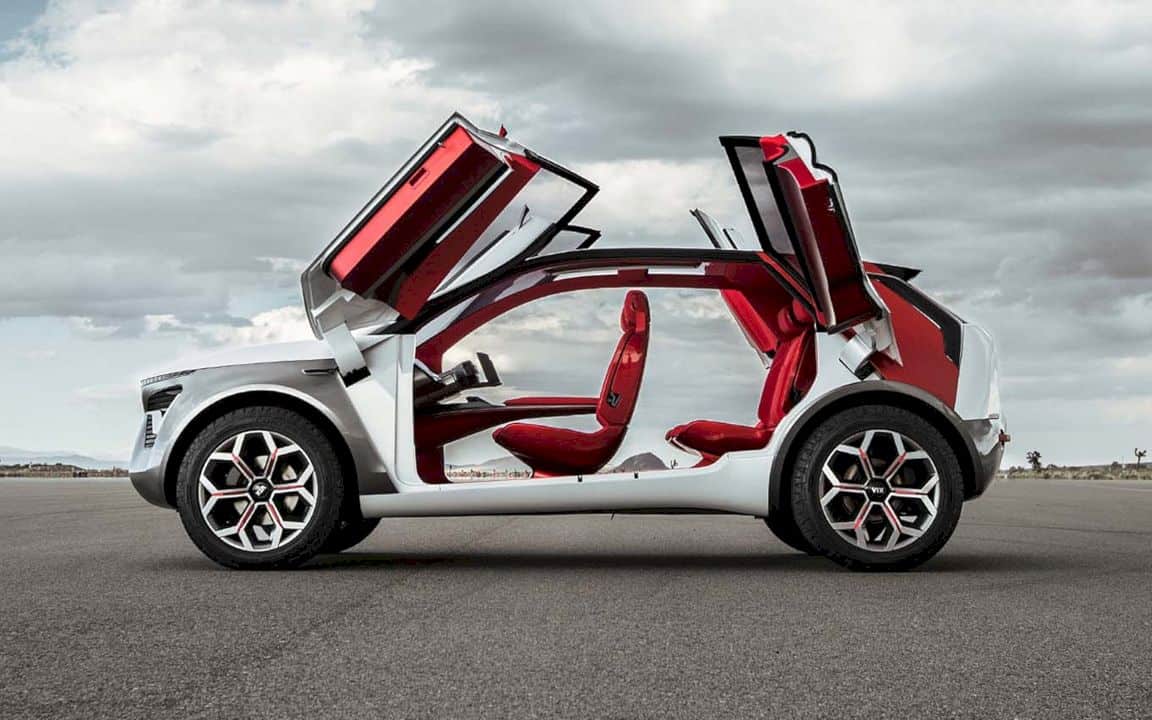 In recent years, the Illumination Lamp feature on the vehicle has had a significant effect on one’s mood. KIA HabaNiro chooses to applies the Lightning Color Effect (LEC) technology which can be operated according to the taste of the driver. 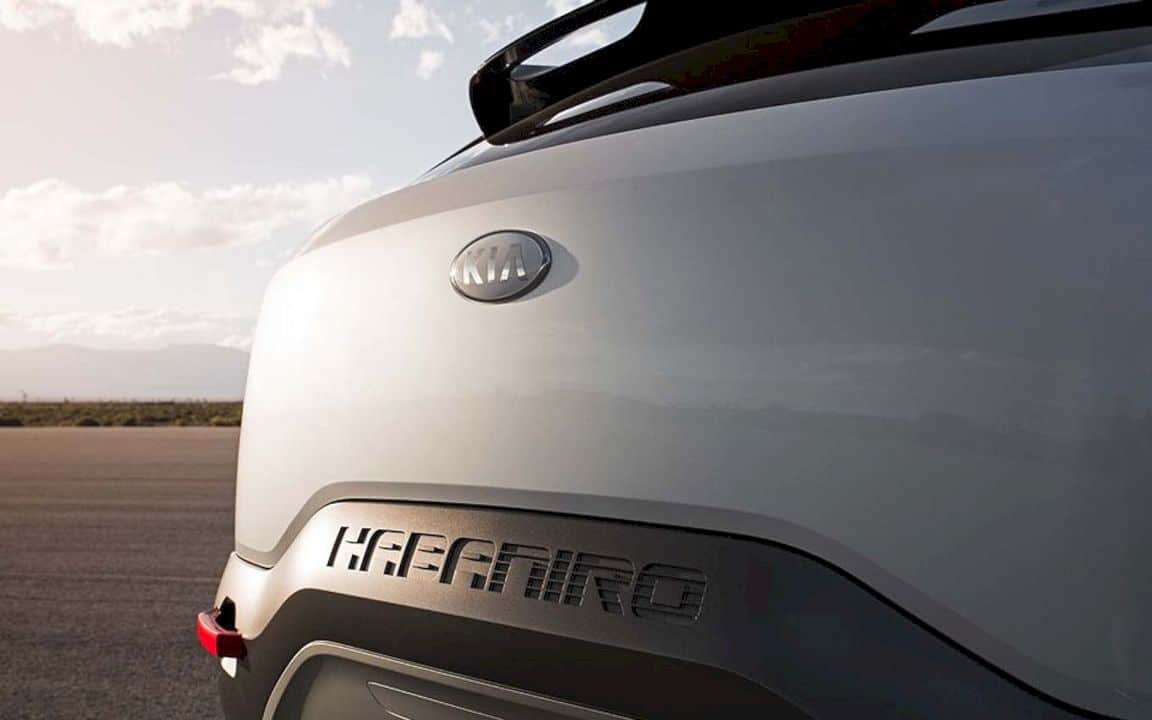 The most interesting feature is the Real-time Emotion Adaptive Driving (R.E.A.D) technology that can detect the emotional and stress levels of the driver. Later this technology will regulate the cabin atmosphere to be as comfortable as possible so that the emotional level of the driver can decrease dramatically and potentially reduce accidents. 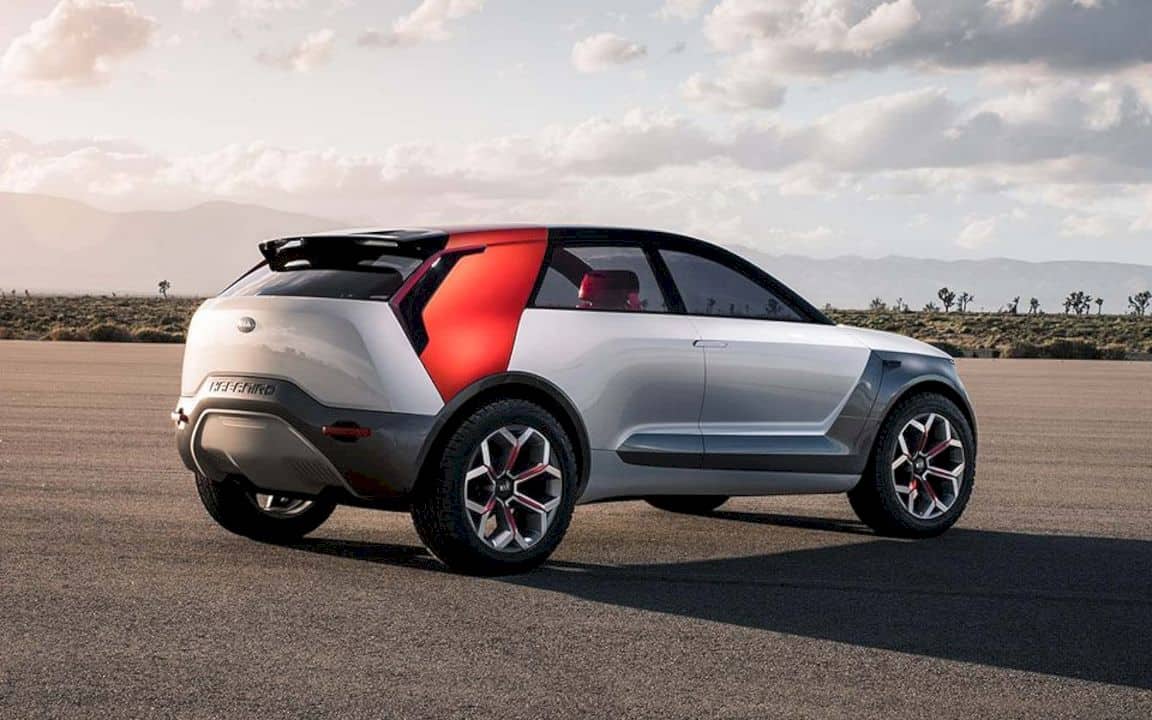 Last but not least, there is also a technology called Eye Tracking System (ETS) with 180 degrees rearview video display. The technology will be active if the driver directs the view on the top side of the windshield and then the rear view of the car can be observed in video mode. 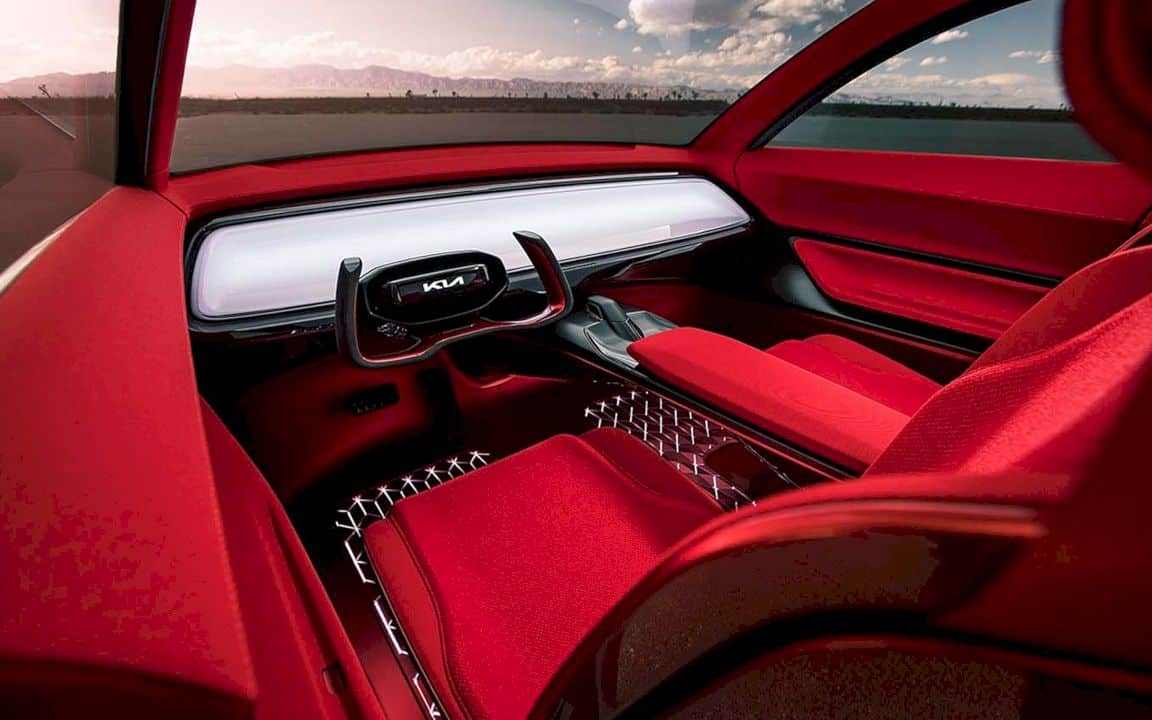 The interior space of the KIA HabaNiro Concept will be full of a futuristic theme under the Red Lava color. Not to mention, the butterfly doors style door opening also gives a special impression for those who enter the car.

There are no complicated buttons in it, everything is packed very succinctly. Even the head unit panel is seated in the windshield which will be operated using Touchpad. 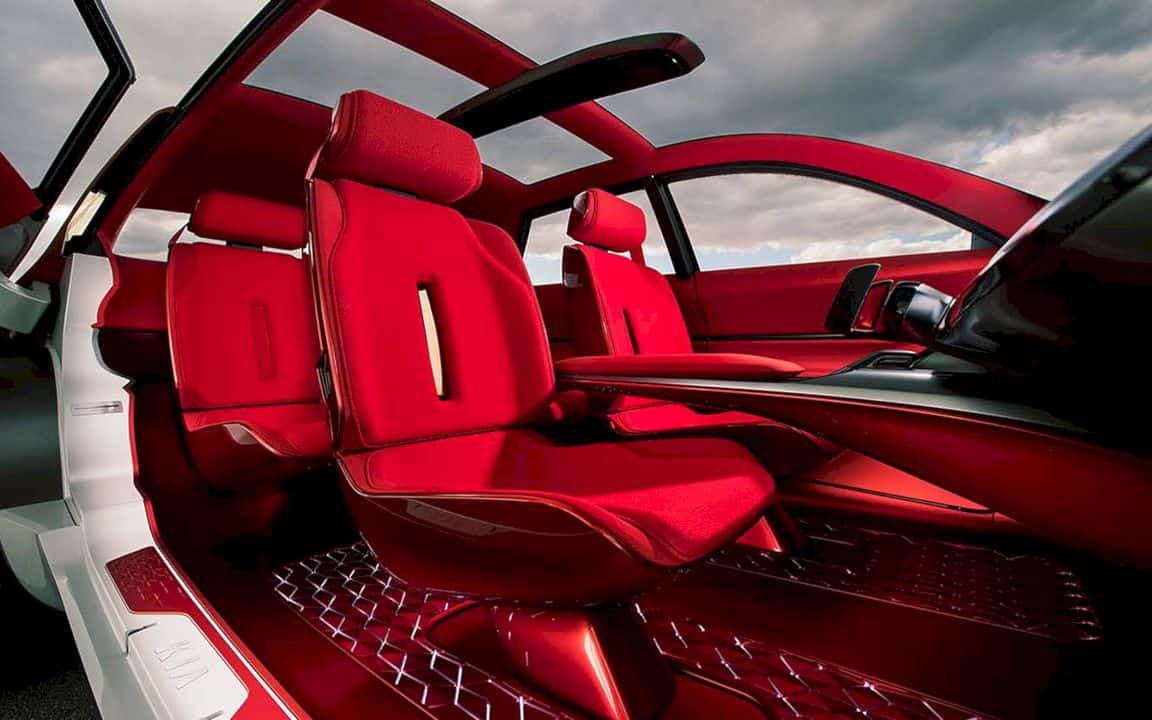 The seats themselves are designed as if the owner is flying, as to spice the futuristic nuances carried by KIA. The chair also looks comfortable and has been equipped with a headrest as head support for each passenger. Interestingly, the contour of the chair is also designed to match the posture of the owner.

KIA claims that the KIA HabaNiro Concept engine operation will fully implement electric functions. The South Korean-based company also explained that the HabaNiro has a fifth-level autonomous mode that can collaborate with its electric machines. 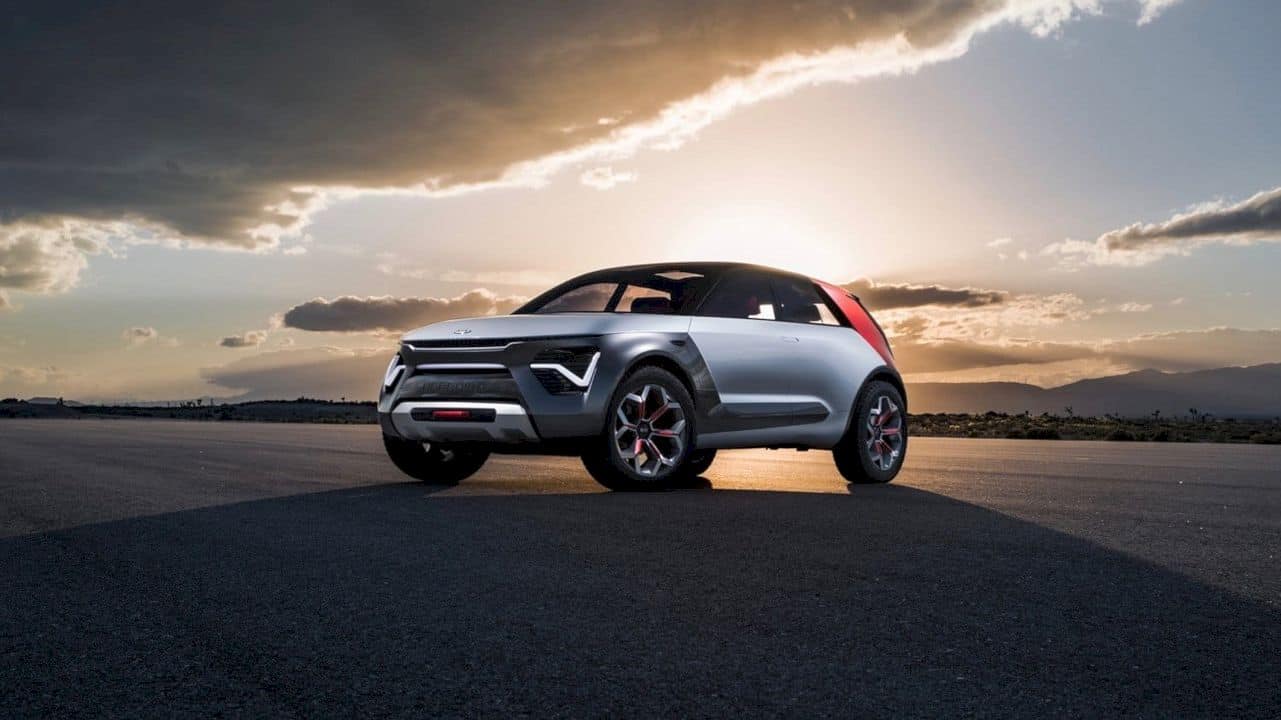 According to the official record, this futuristic car can roam up to 300 Miles (~483 Km), in one full battery power. The company didn’t specify on the charging duration but the rumor claims that the HabaNiro will have level three fast charging capabilities.