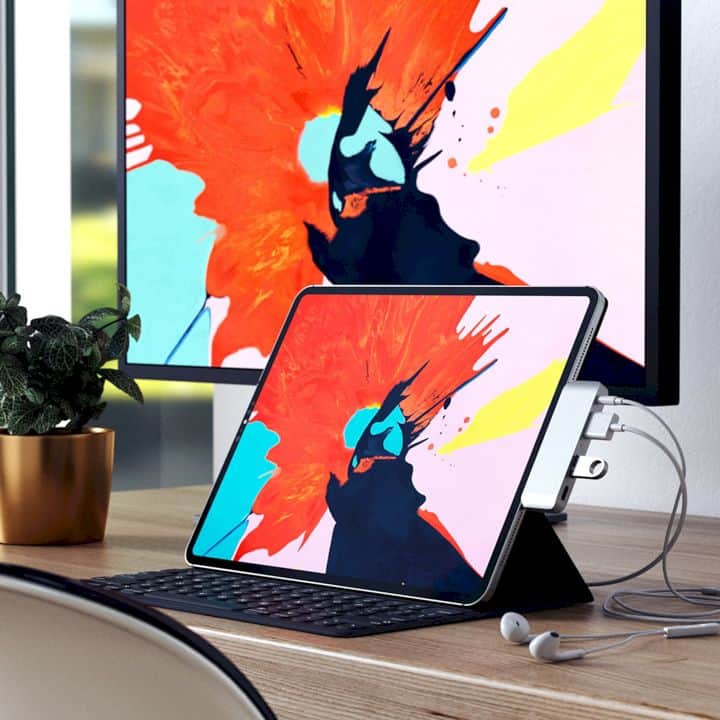 Last year, Lenovo introduced a laptop with a folding screen in prototype form. But this time, at the CES 2020, the company officially introduced the laptop called ThinkPad X1 Fold to be marketed soon. Lenovo also showed off the complicated assembly process of the laptop. 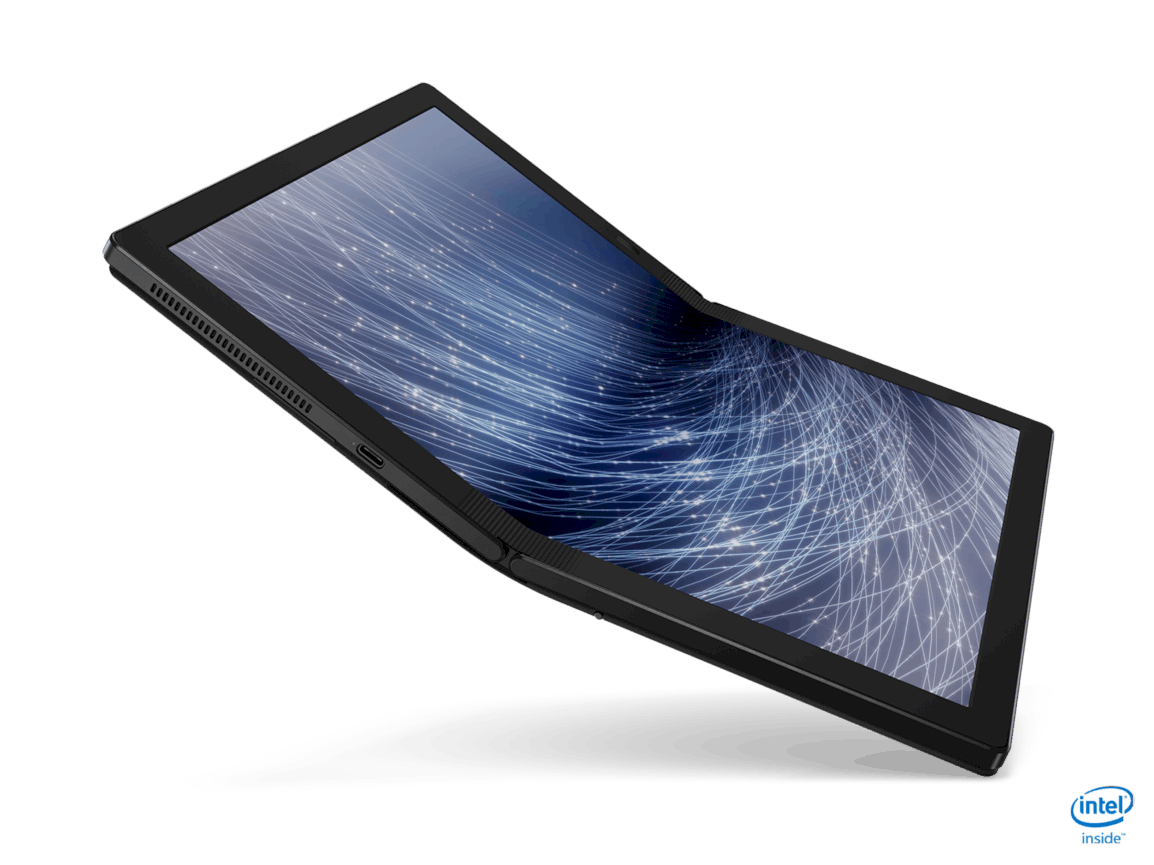 Lenovo ThinkPad X1 Fold comes with a 13.3-inch screen surrounded by a thick bezel even when it is compared to modern tablets and laptops. The screen is of OLED type with a resolution of 2,048 x 1,536 pixels.

Lenovo ThinkPad X1 carries the ability to be folded inward where the two parts of the screen are lying flat on top of one another, and are locked when attached by using magnetic. 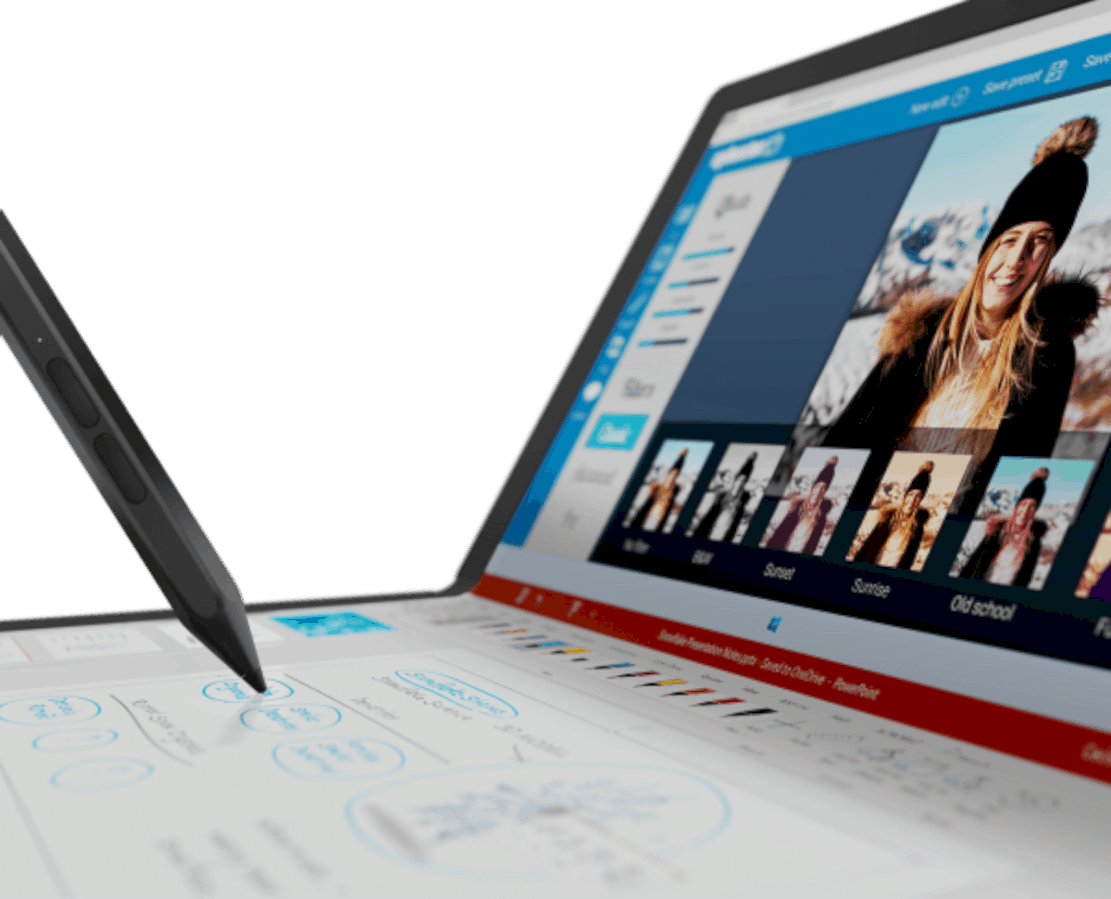 The mechanism leaves a small gap between the two screens, which will be voided when the user slides a Bluetooth Mini Fold Keyboard specifically designed by Lenovo to fill the gap.

The keyboard is one of the accessories Lenovo has not exhibited when it first uploaded the teaser for the ThinkPad X1 Fold and is claimed to present a big difference. Thus, users can turn the tablet into a mini laptop. 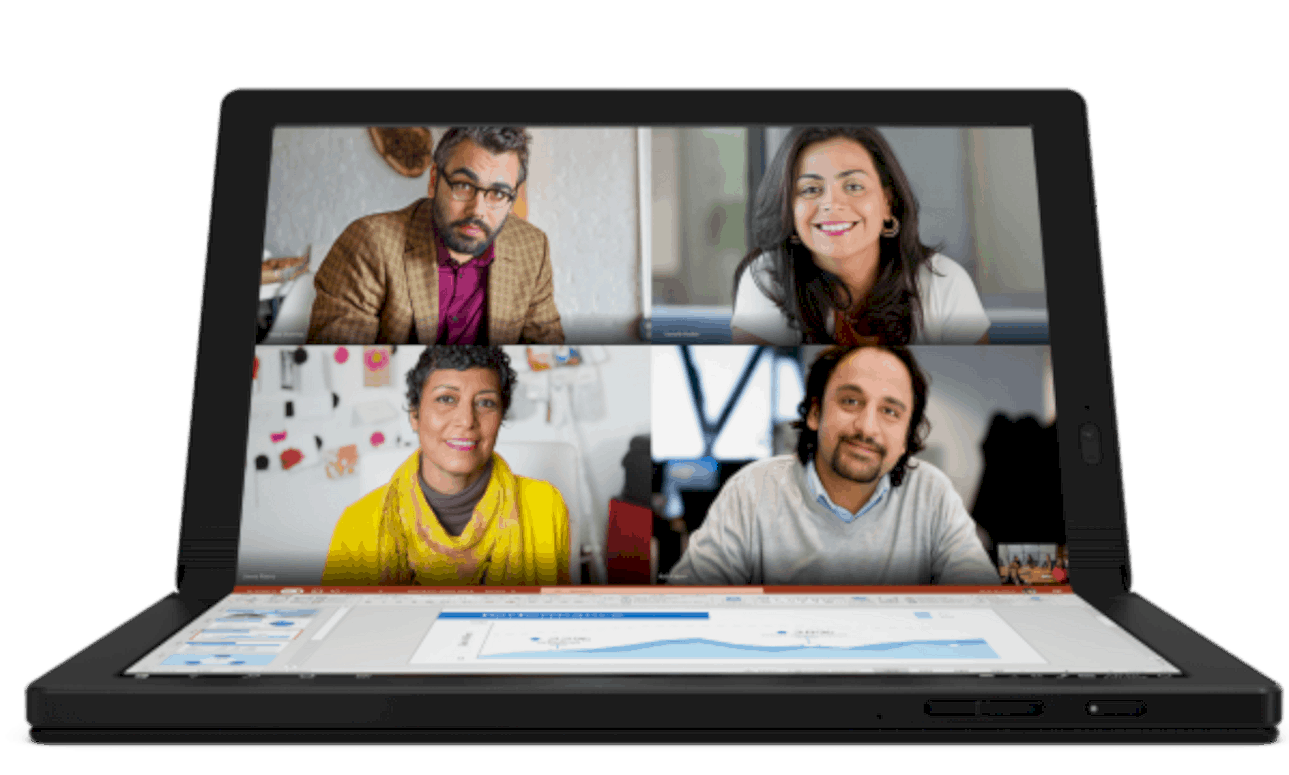 Lenovo ThinkPad X1 Fold is capable of charging the keyboard battery wirelessly when pinned in the gap between screens. However, users will also be able to connect the screen with other Bluetooth keyboards and mouse. 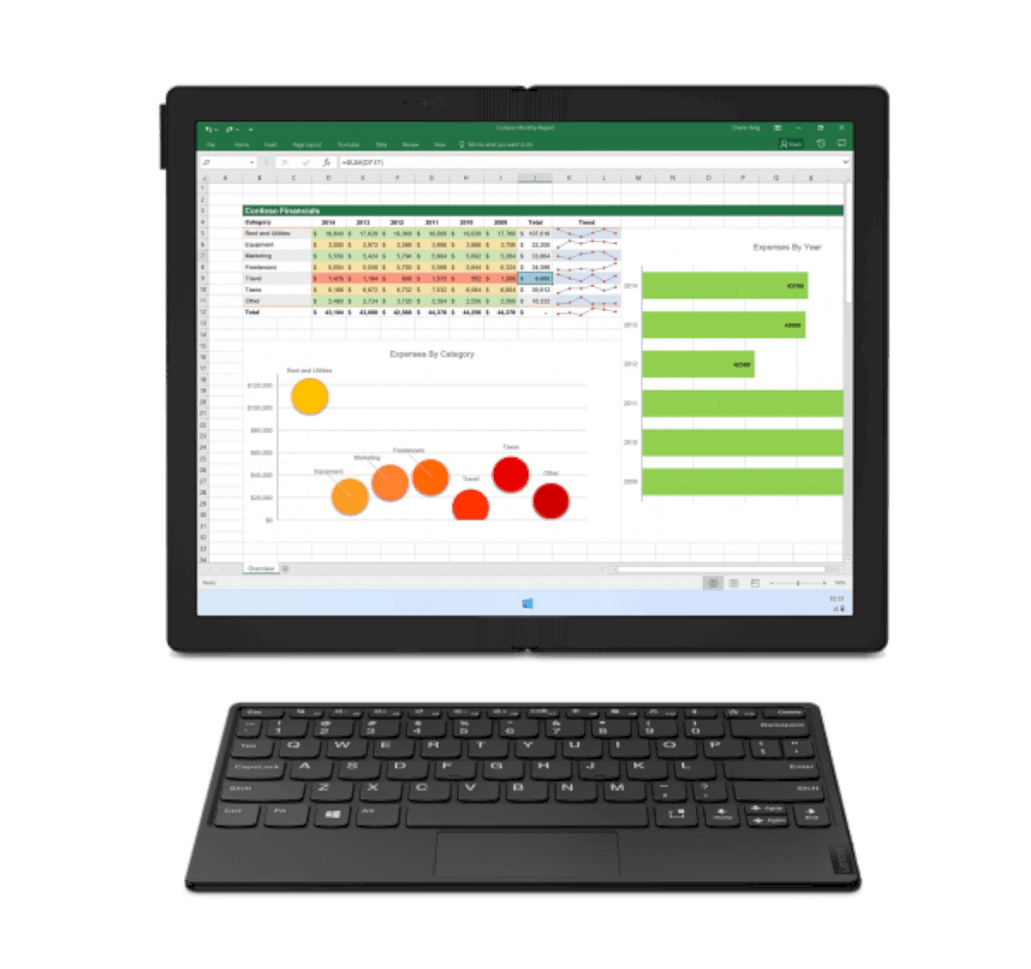 The World’s First Foldable PC is completed with USB-C ports on each side, allowing it to be connected to an external monitor. Lenovo ThinkPad X1 Fold is supported by the latest Intel Core processor with Hybrid technology with Windows 10 Pro. 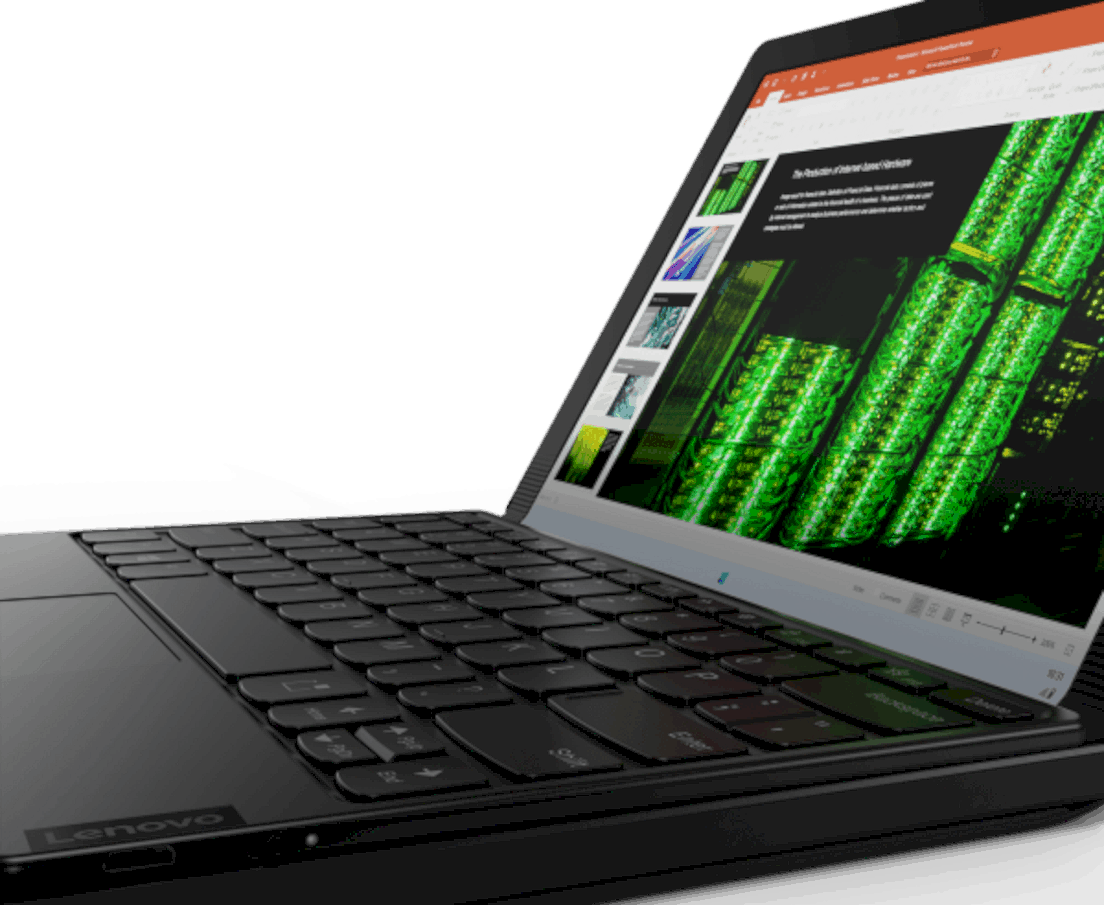 Lenovo claims that the company will present the devices with Microsoft Windows 10 X systems for multi and dual-screen devices when available. For the current version of ThinkPad X1 Fold, Lenovo integrates mode for switching software, to make it easier for users to use this laptop in various configurations. 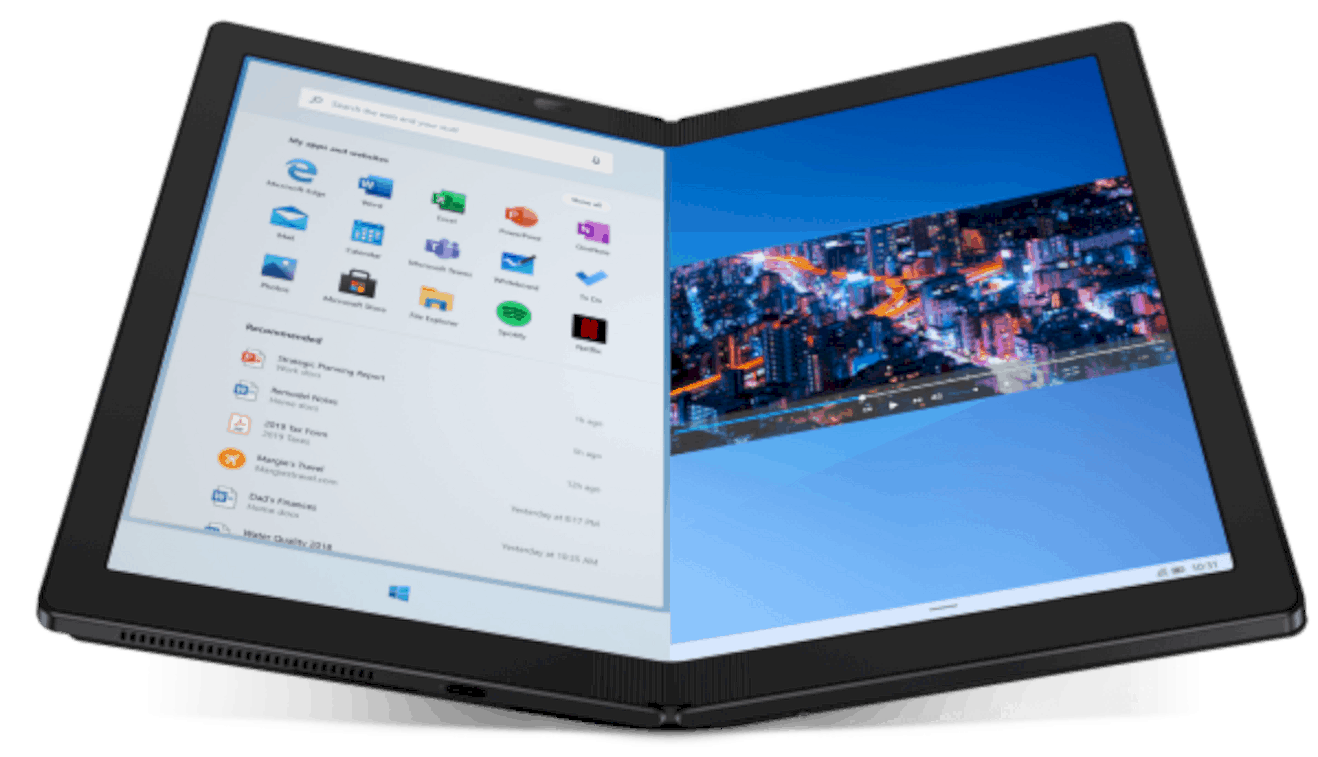 The ThinkPad X1 Fold folding screen was made by LG. Just like a folding-screen smartphone, the laptop looks like a tablet device with a larger size. This laptop also has two kickstands or legs that can be used to stretch the screen in full. The product that comes with a weight of less than 1 kg will be marketed for around $ 2,499 in mid-2020.