During the CES 2020 held in Las Vegas last week, Samsung, the giant electronics tech company took a huge step to enliven the biggest technology exhibition with their presence. Besides a wholesome lineup that Samsung brings to the CES, some of the latest SSD products took the stage, one of which is the Samsung T7. 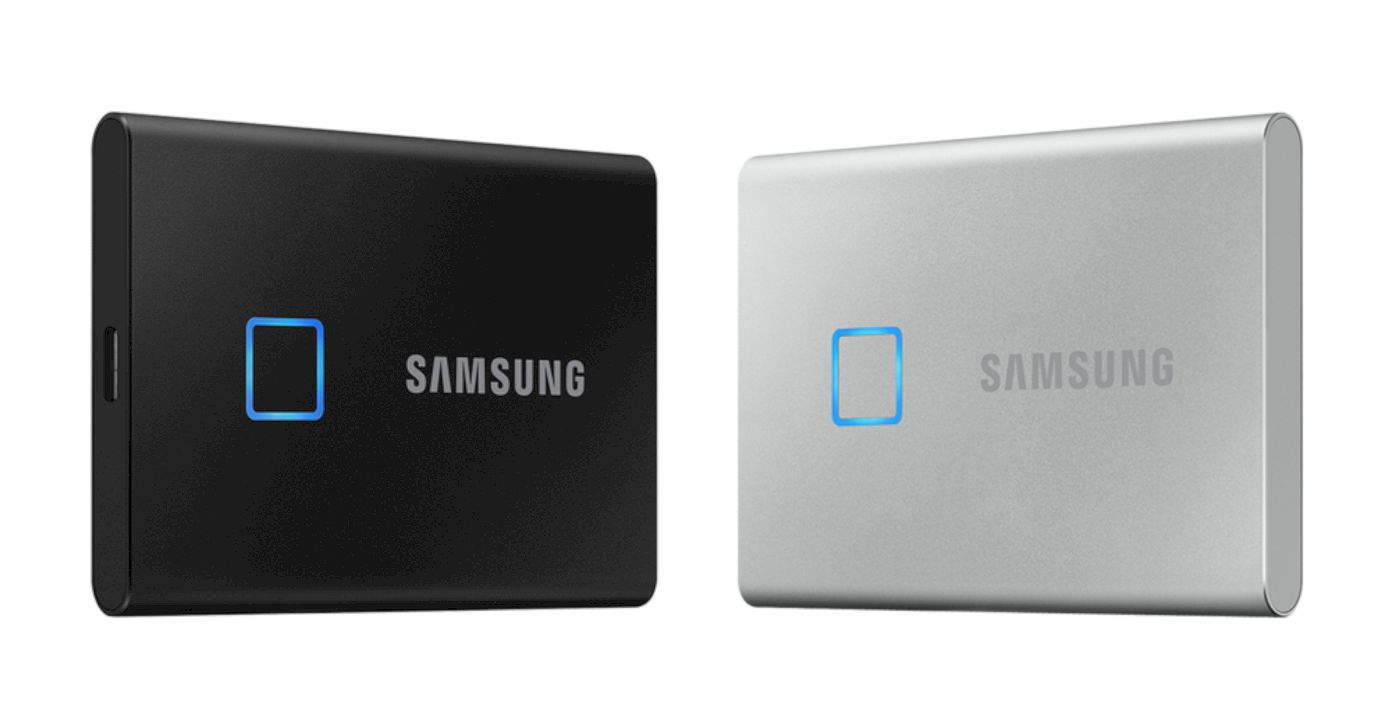 The Samsung Portable SSD T7 Touch is the next generation of the previous series, namely Samsung T5. Samsung made quite significant changes to the T7 variant compared to the T5 variant which lies a lot in data security.

Security can be a very important issue for portable SSD devices. Ease of use and capacity that can carry tons of sensitive information can be a problem if the users often carelessly leave the data storage device in the bag just like that. 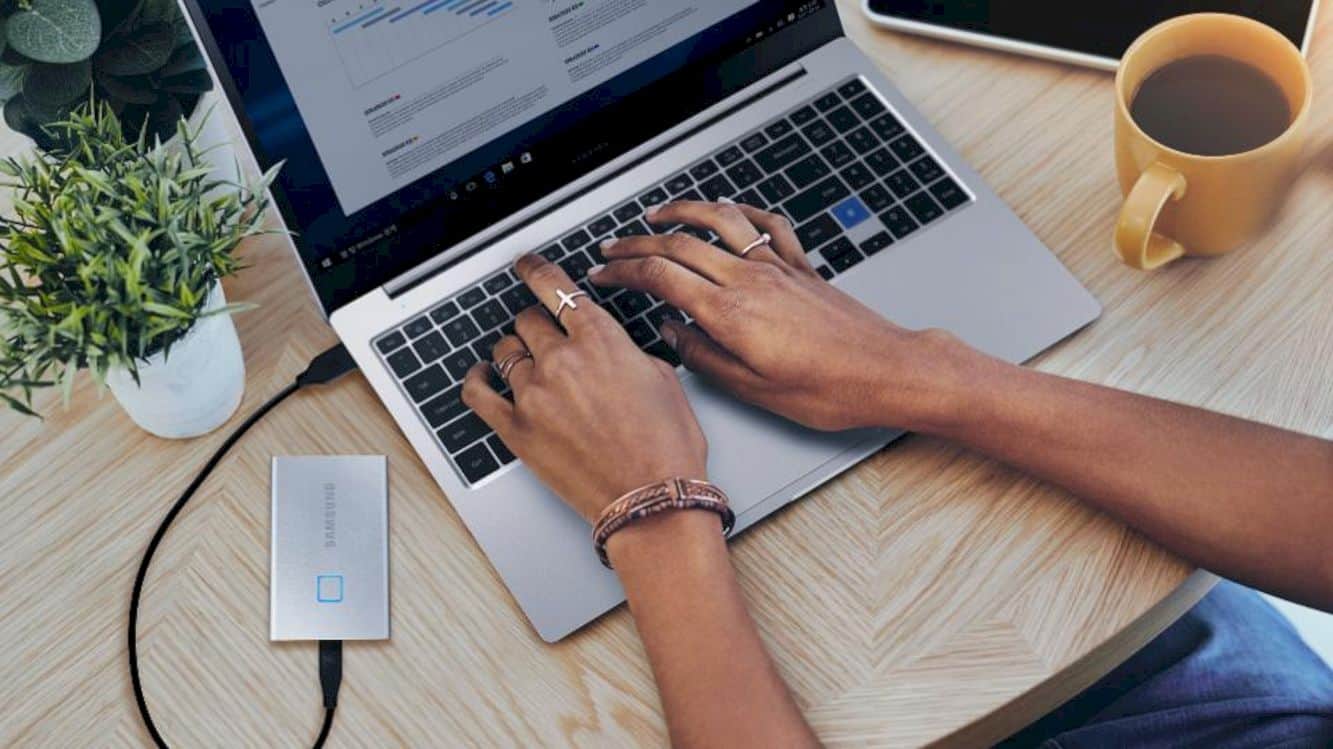 Samsung seems to realize the potential of this problem. For that problem, they designed the latest portable SSDs to be safer. Samsung has added a fingerprint sensor to the new T7 Touch an innovation that lets the SSD earn the CES 2020 Innovation Awards.

In addition to having a default fingerprint scanner, the Samsung Portable T7 Touch has password protection and 256-bit AES hardware encryption. Security protection is very plural of this kind of device. 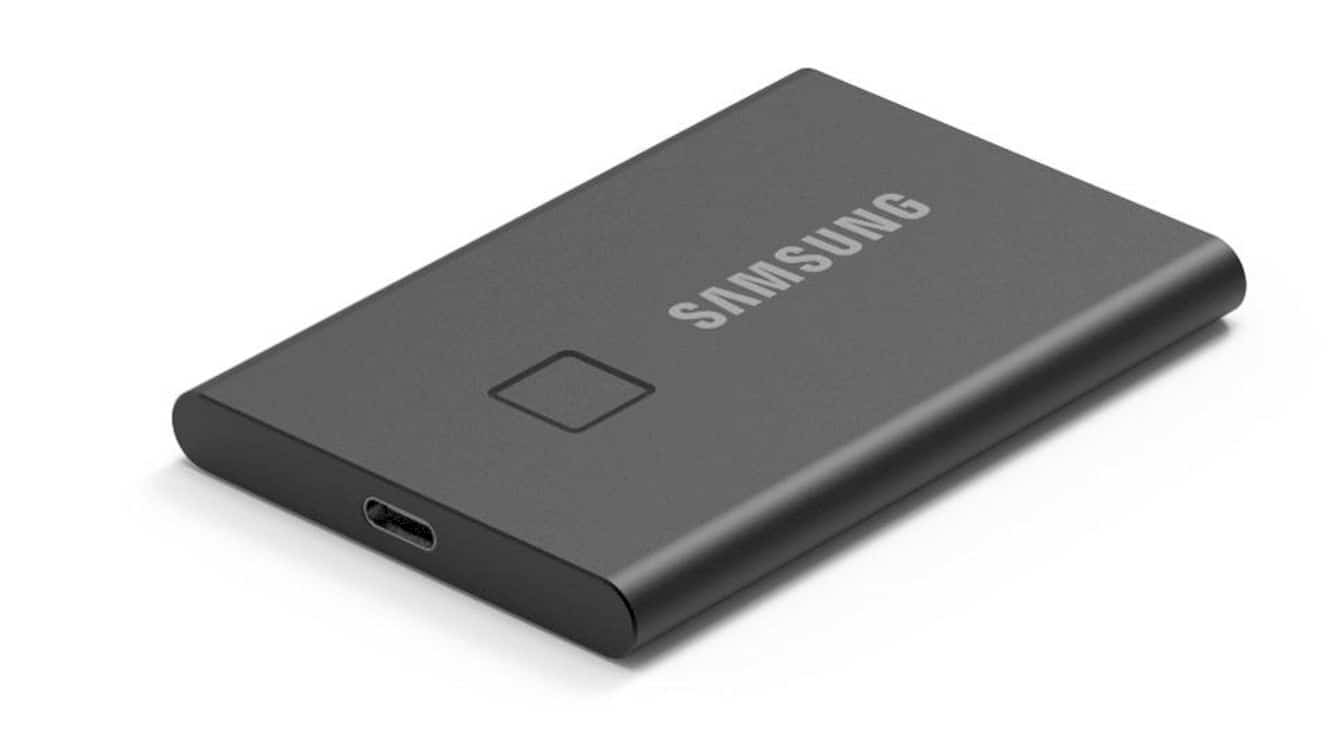 SSD T7 Touch has a backward compatibility feature, which means it can still be used with previous-generation USB types. It has a weight of 58 grams and supports Windows, Mac, and Android operating systems.

The portable SSD comes with a slim, black or silver titanium metal wrapper and can hold data up to 2TB. The T7 Touch also has a Motion LED so users can see the status of the device quickly. 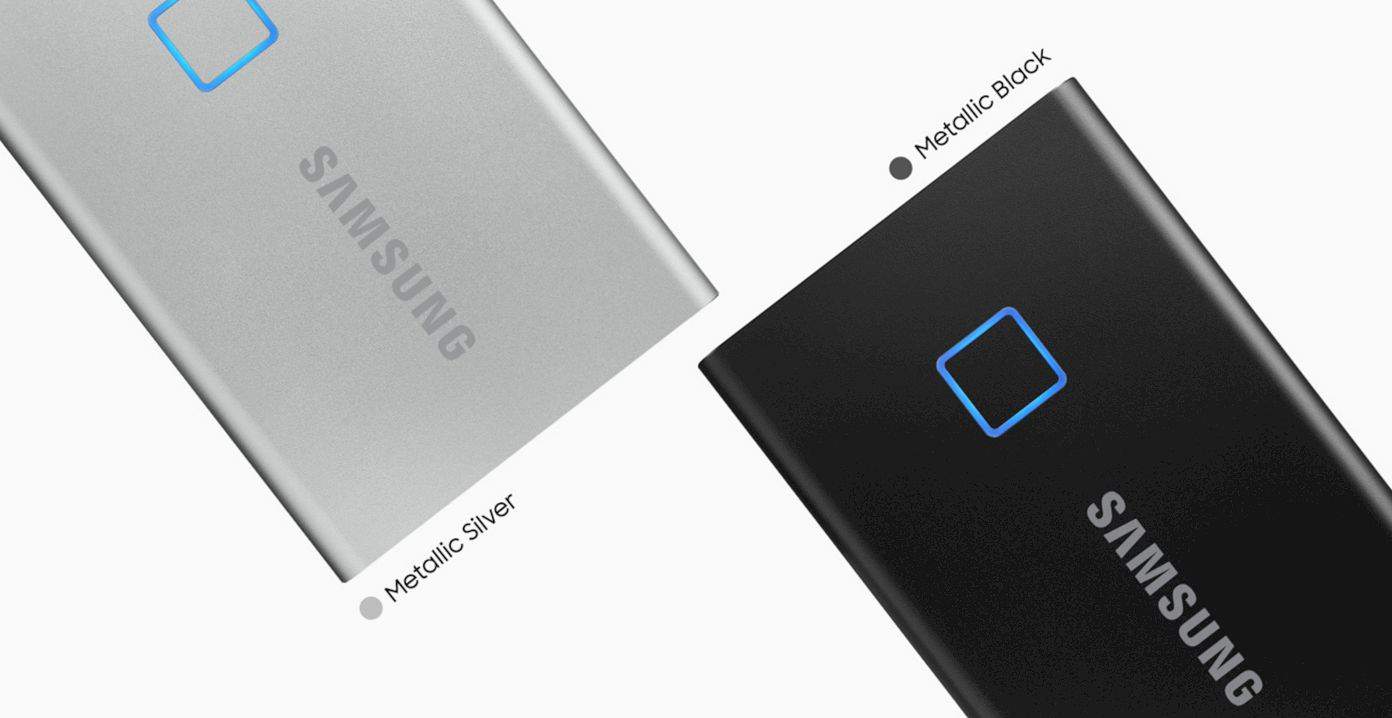 The Samsung Portable SSD T7 Touch offers much greater speed than its predecessor, T5, which is consistently equivalent when compared to some of the best portable SSDs. The T7 Touch has a read speed of 1,050 MB / s and a write speed of 1,000 MB / s, making it almost twice as fast as the T5.