Writing Instruments in the form of pens have been used since ancient time, and even though we have entered the digital age, this method is still quite there.

Technology has instead utilized the advancement so that interactions between humans and the writing process become more intuitive. The closest example is the use of a touch screen to the implementation of the stylus with characteristics that are made to resemble real stationery. 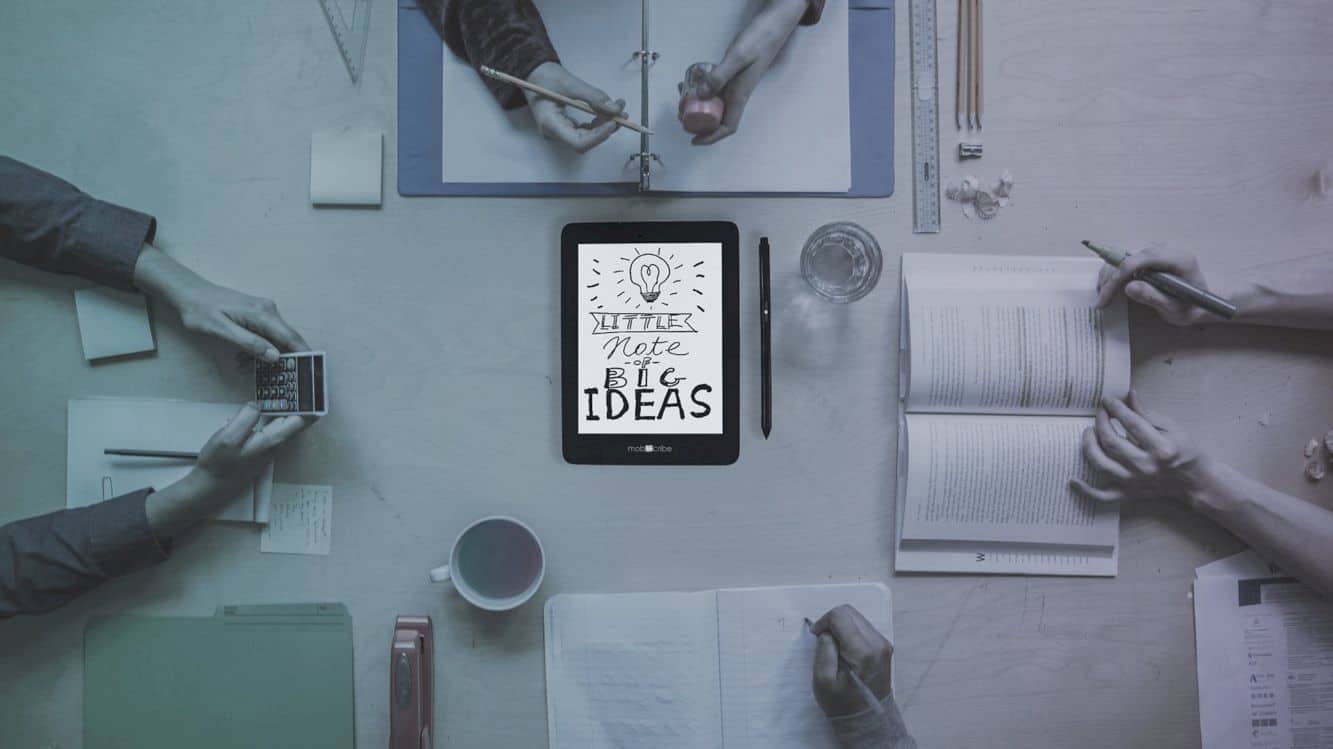 Convinced that there are still many people who prefer paper over the digital screen, the UC Team is trying to combine the simplicity of reading and writing in books with easy access to digital content through a device dubbed MobiScribe.

In fact, MobiScribe is an electronic notebook that allows you to write or draw ideas on the digital screen that completely mimics the interaction of using a paper. 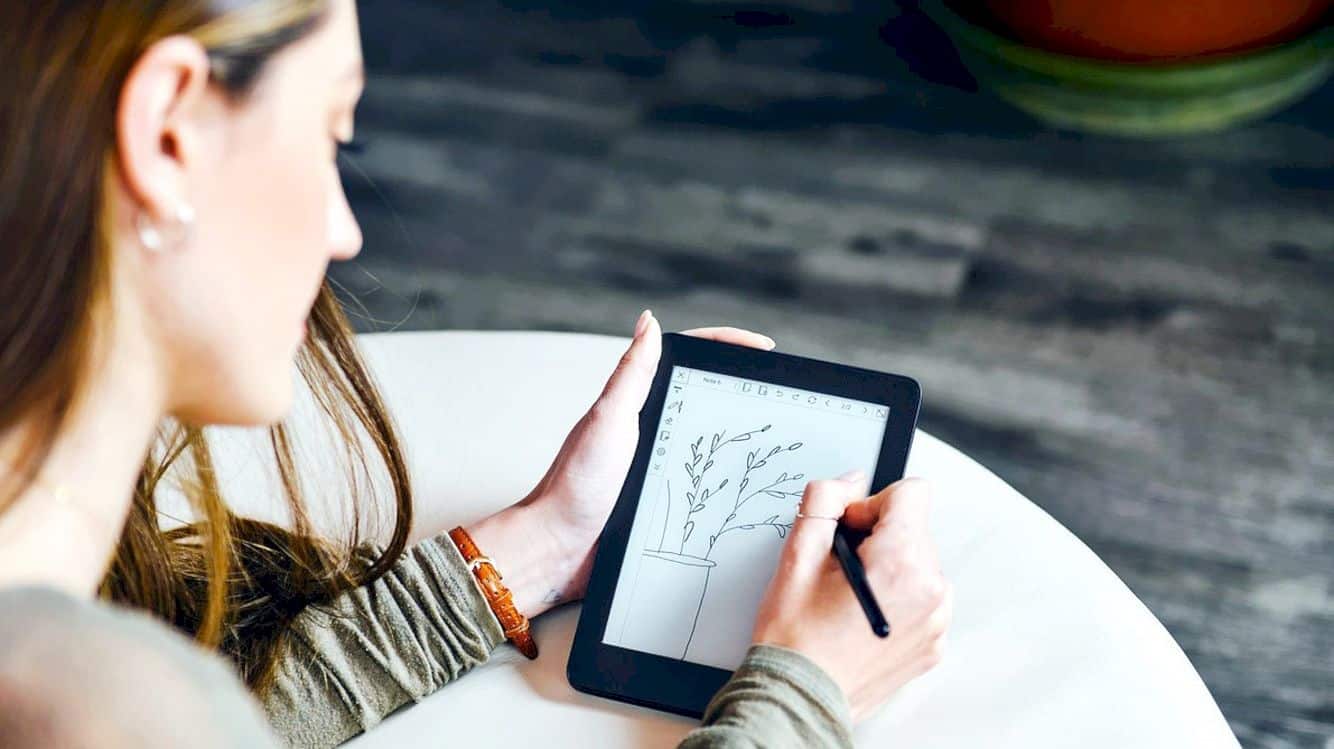 MobiScribe has the appearance of an e-reader tablet, presenting a 6.8-inch monochromatic 265DPI monochromatic e-ink screen. The device is supported by 1GB of RAM and 8GB of internal memory which can be added with a 32GB microSD card. 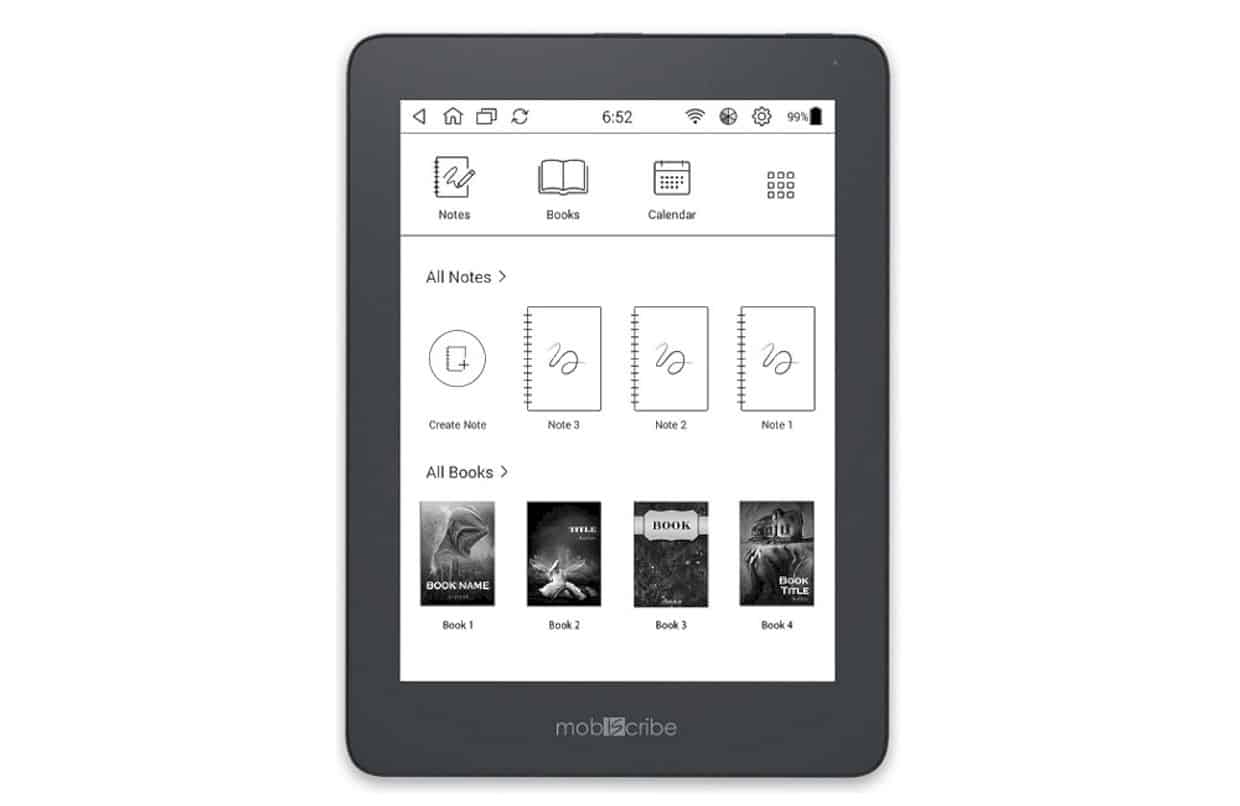 Its appearance is not as stylish as the latest tablet out there with its thin bezel, but MobiScribe does indeed prioritize function rather than appearance. This digital book is also equipped with a shock-absorbent cover which also acts as a place to put the stylus.

The stylus is also no less unique. Besides having a pencil-style profile and letting us draw different lines based on the hard or soft pressure, the back of it serves as an eraser. 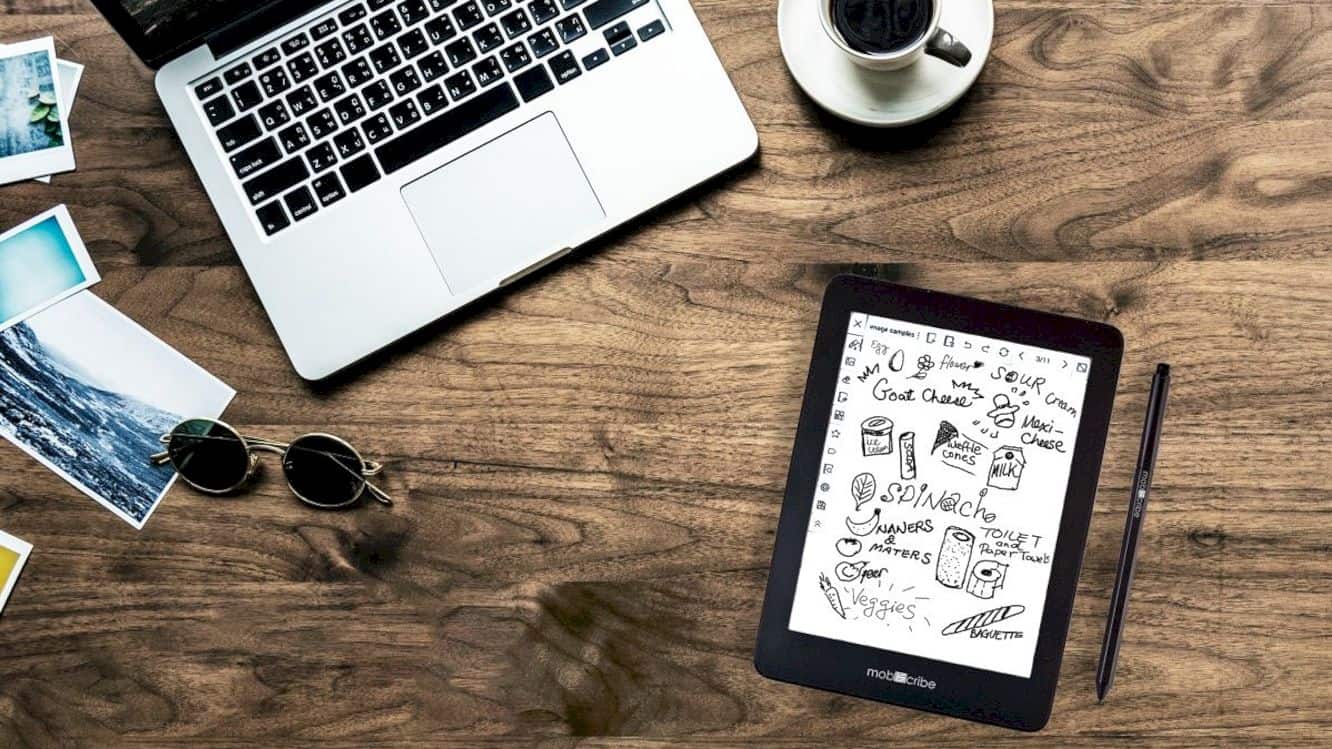 Even though the look is simple, MobiScribe is equipped with a series of technologies supporting the needs of reading and writing. The tablet utilizes a screen made by WACOM that is able to detect 4096 levels of pressure.

High sensitivity is promised to be able to meet the needs of even the most difficult artists to satisfy. The panel has a capacitive character, allowing its user to navigate the menu with fingers, then immediately reject the touch of the palm of the hand when the stylus is being used. 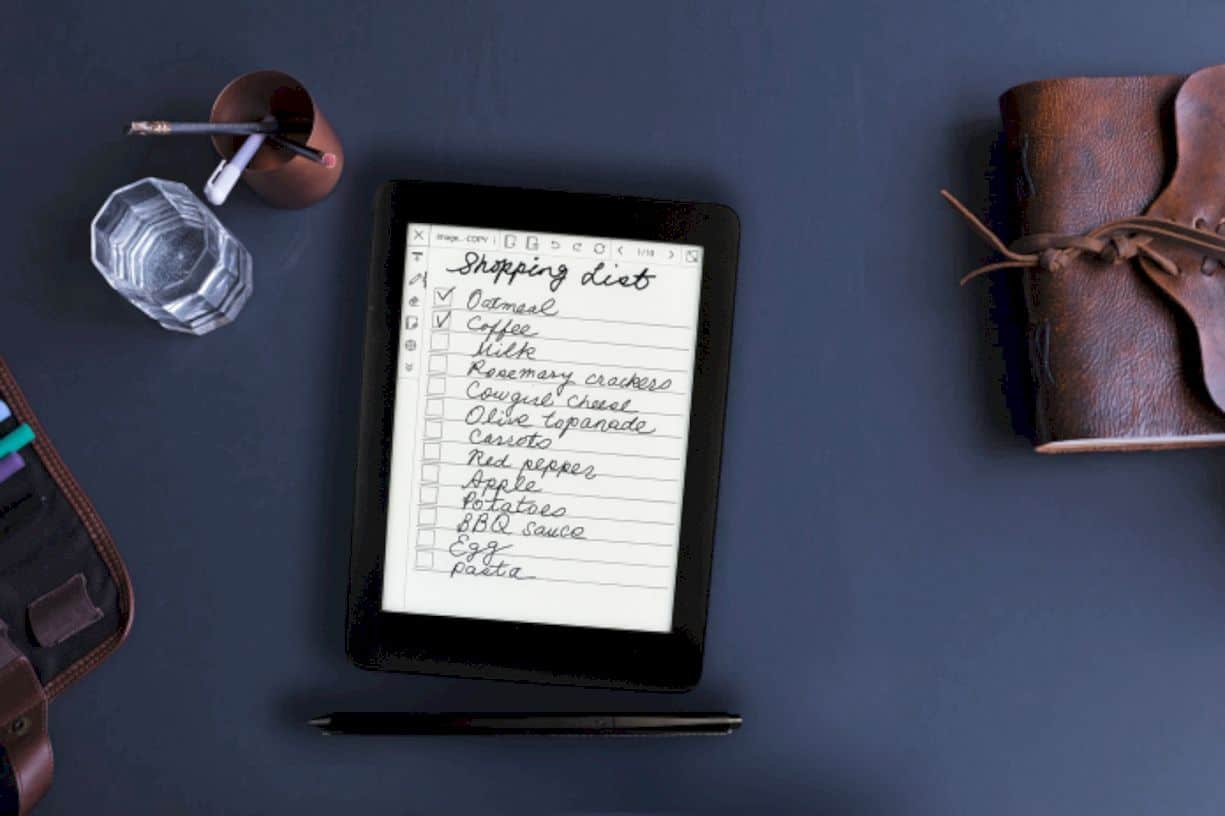 E-paper screens have paper-like properties and basically don’t emit light. The surface is also not glossy so the users will not disturb by shadows and light reflection.

Even so, the UC Team understands there are times when their tablet users have to write or record in dim conditions. In order to accomplish this, the company included lighting front light with adjustable brightness, color temperature and contrast. 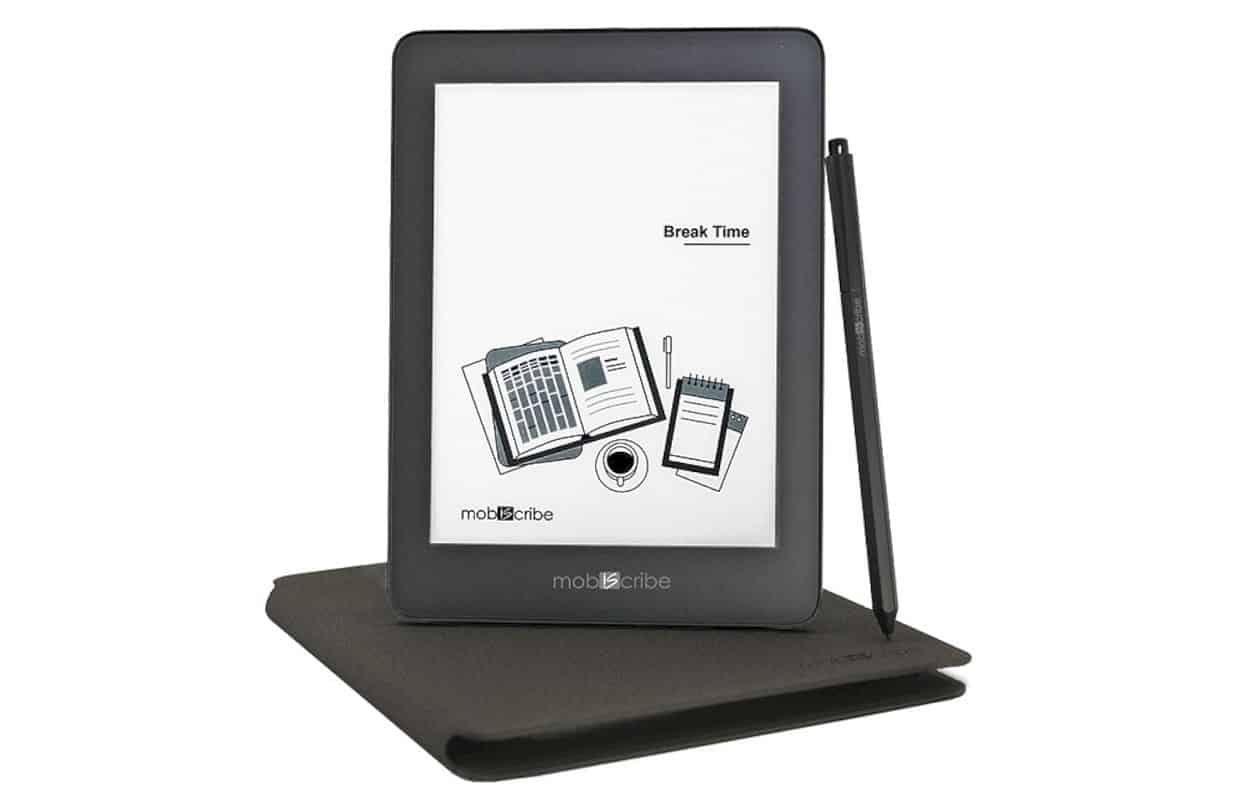 The combination of these small things ensures that the MobiScribe user experience becomes more natural. The E-ink notepad can be ordered via their official website which offers the bundle of the MobiScibe plus cover and stylus for $237. 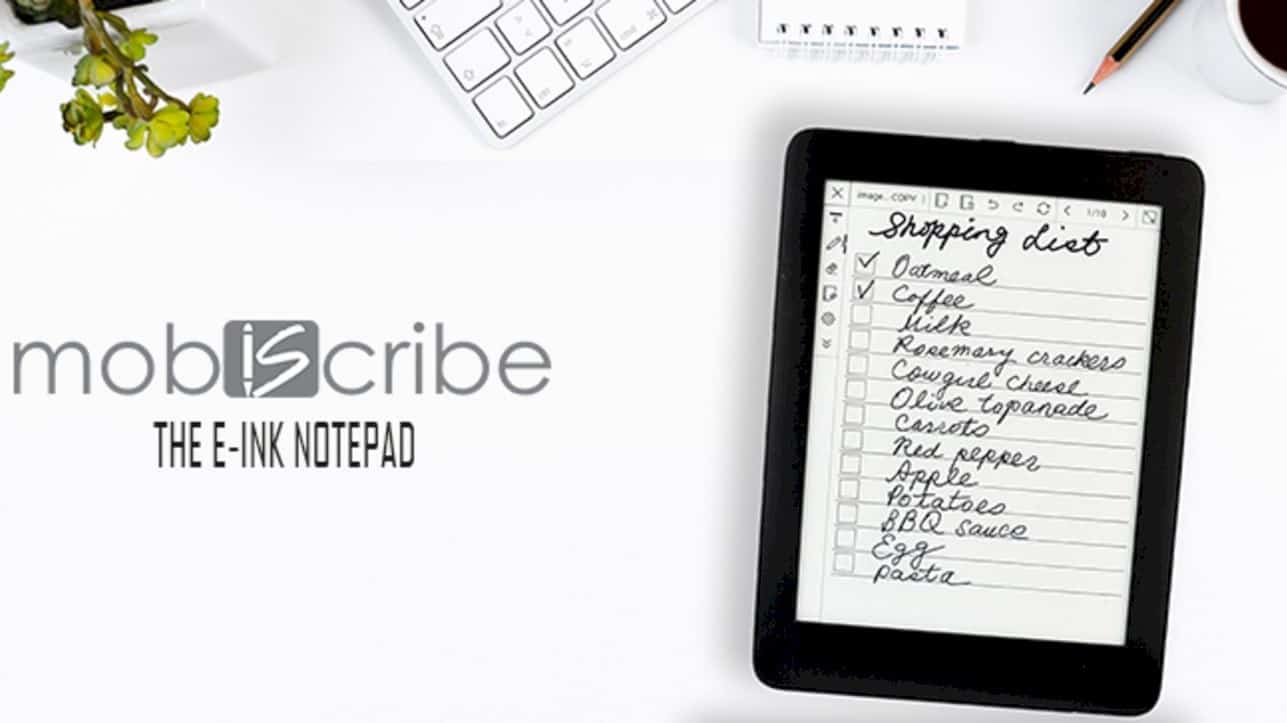 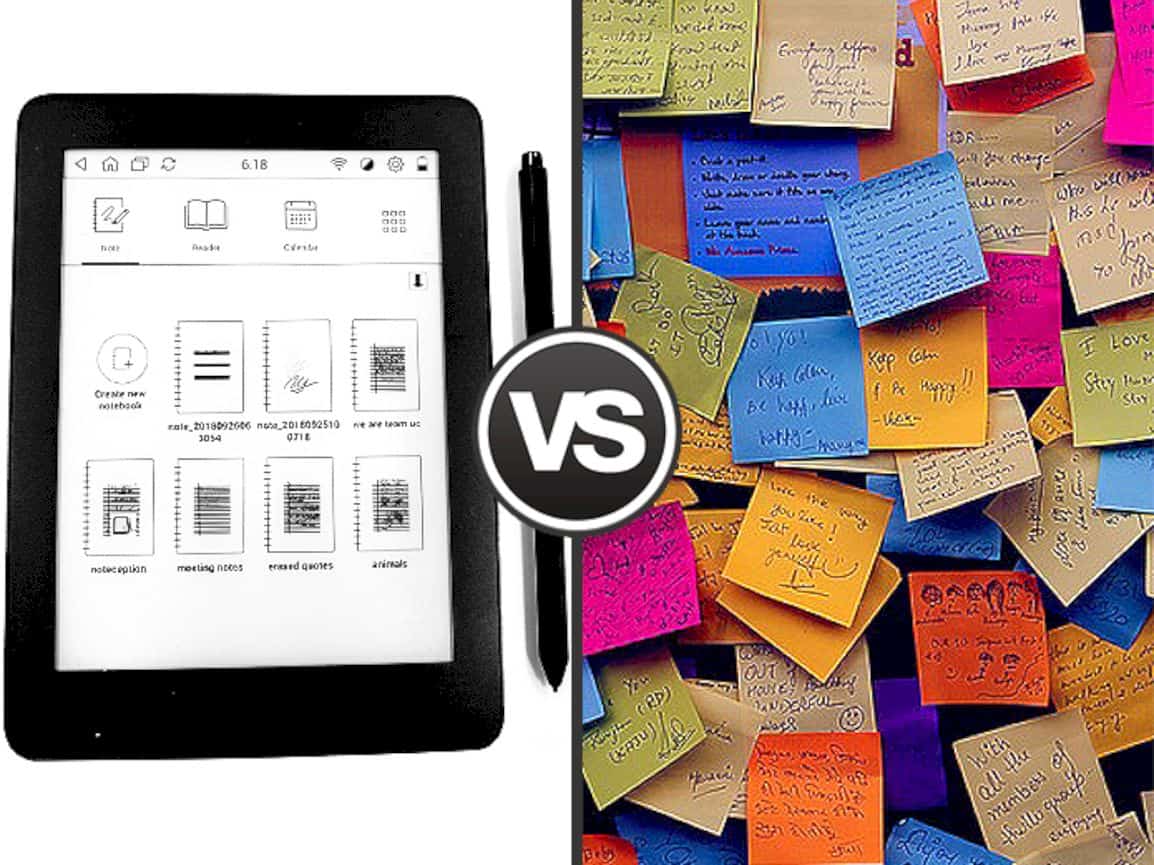 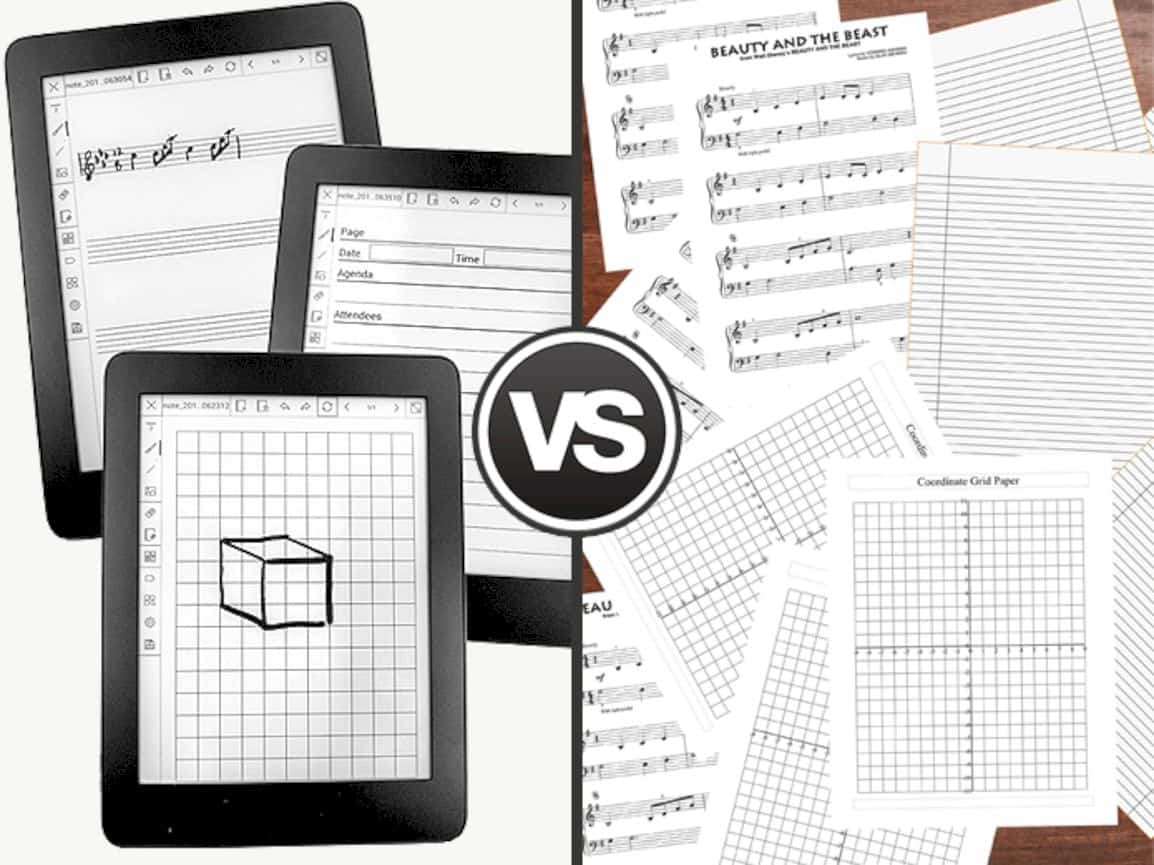