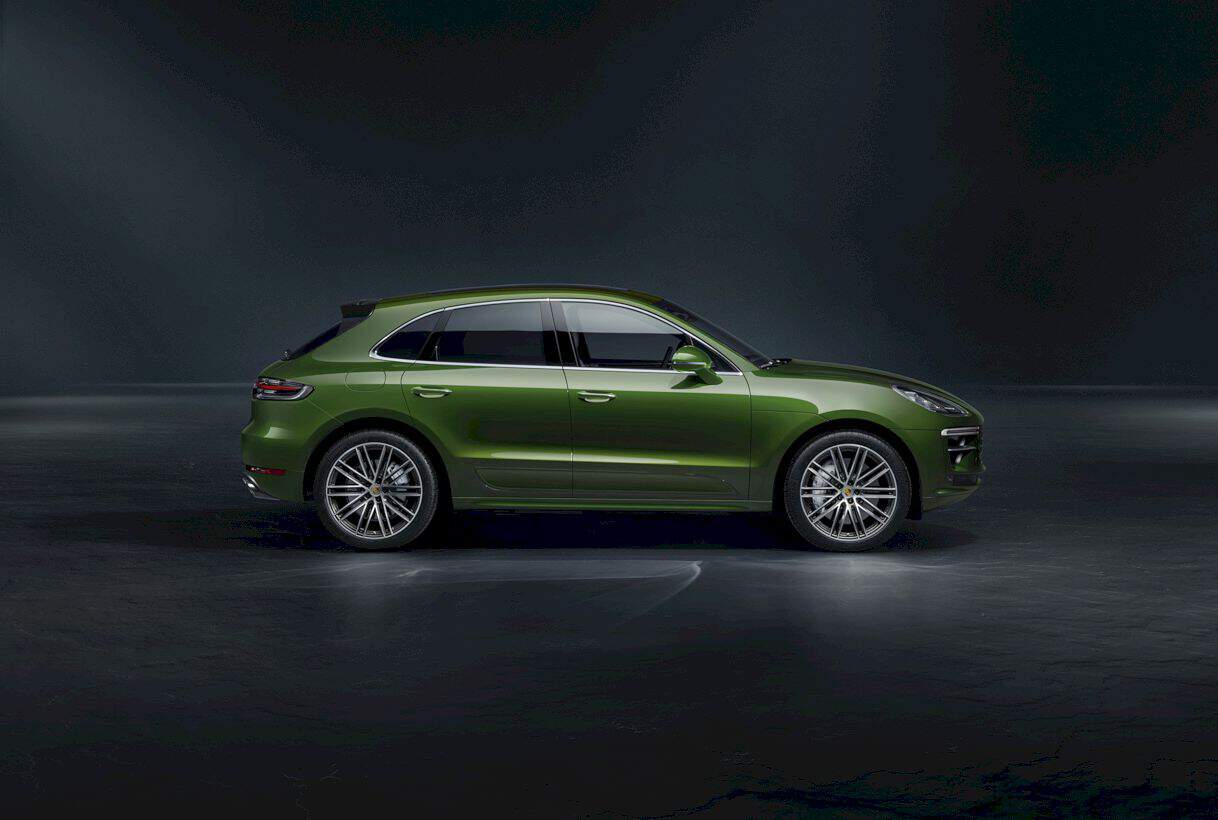 Opel Rocks-e has been officially introduced. In addition to a unique design, this tiny electric car is claimed to be able to meet the needs of any modern consumer in urban areas.

Having a smaller size, Opel Rocks-e is actually inducted into the quadricycle class. But what is more shocking than the classification is that this electric vehicle is a rebadged product from Citroen Ami which has been officially launched first. 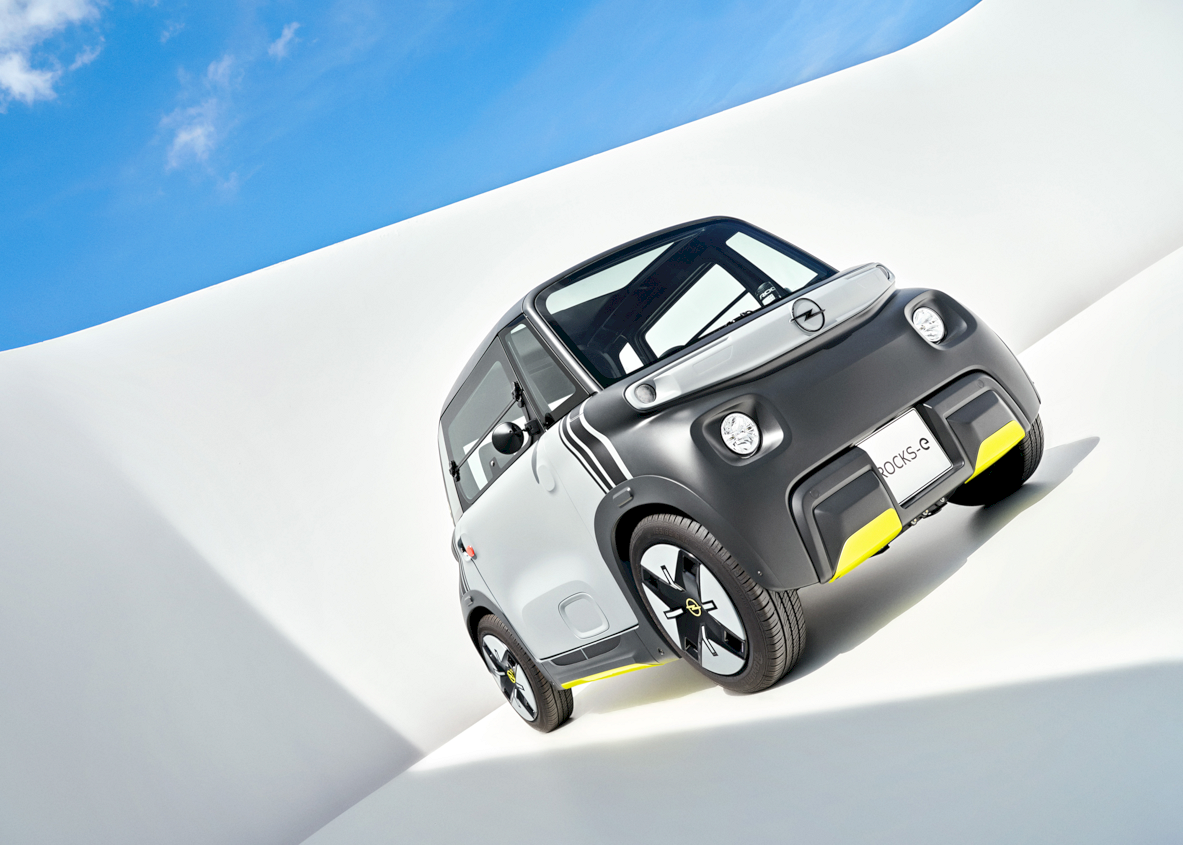 Overall, the Opel Rocks-e is very similar to the Citroen Ami, the only difference being the manufacturer’s logo on the front. Even its dimension is exactly the same at 2.41 meters.

One of the uniqueness of the Opel Rocks-e design is the door that opens in the opposite direction. In addition, the body panels can also be replaced according to the wishes of the owner.

The front fascia has a large headlight just below the windshield. The 14-inch rims are silver and black, a unique part of which lies in the doors that open in the opposite direction. 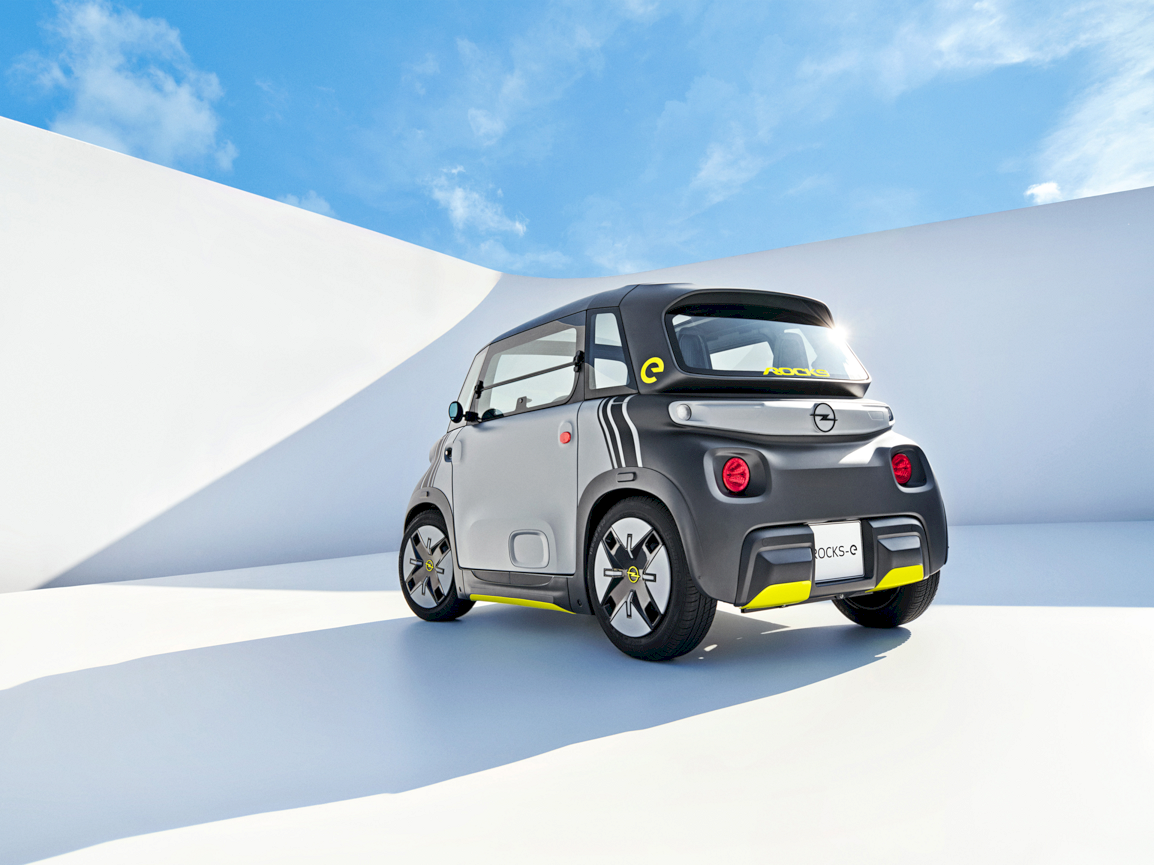 Inside the cabin, there are several features such as a small digital instrument cluster, flat steering wheel, climate control, USB port, cup holder, and storage space. 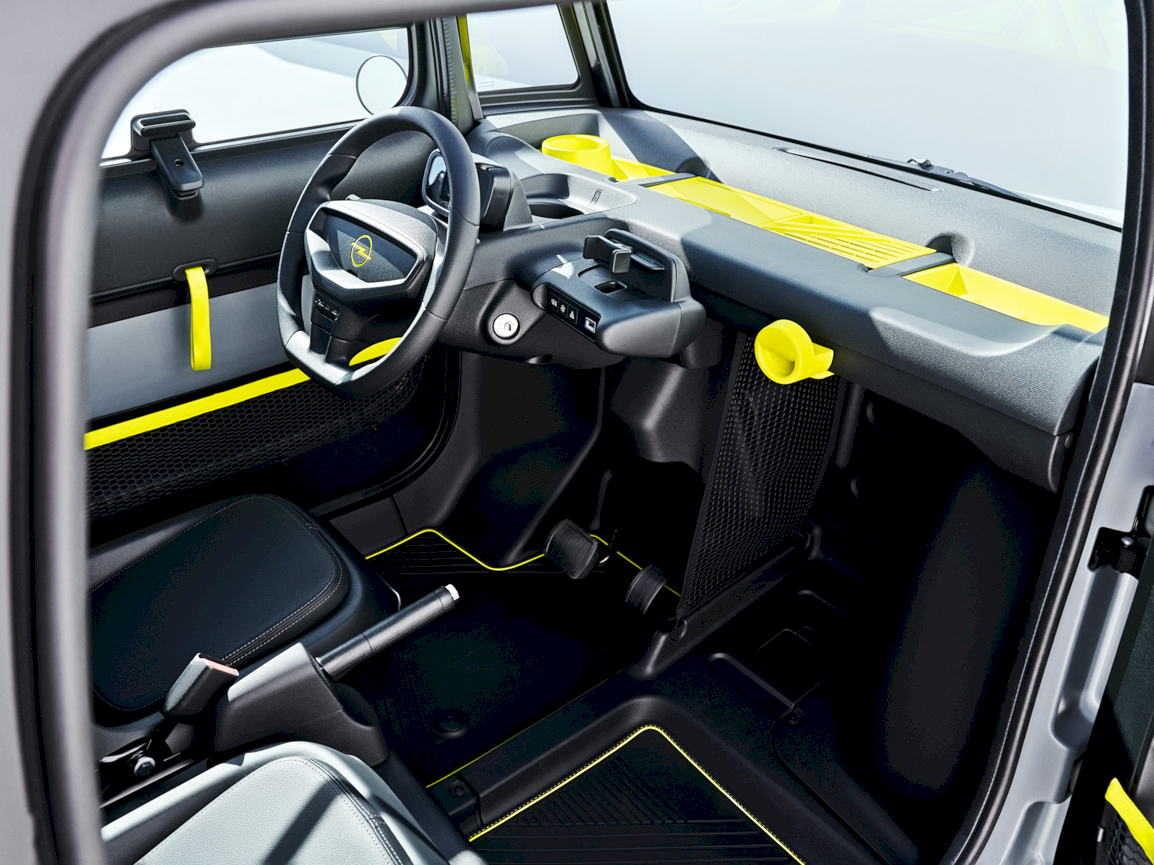 This electric car with a capacity of two passengers is equipped with a 5.5 kWh battery and an 8 hp electric motor. The Opel Rocks-e weighs only 425 kg, not including the battery.

As for performance, on paper, Opel Rocks-e can go up to a speed of 45 km / h and is capable to cover a distance of 75 km. On the charging, to fully charged the battery, Rocks-e only takes 3.5 hours. 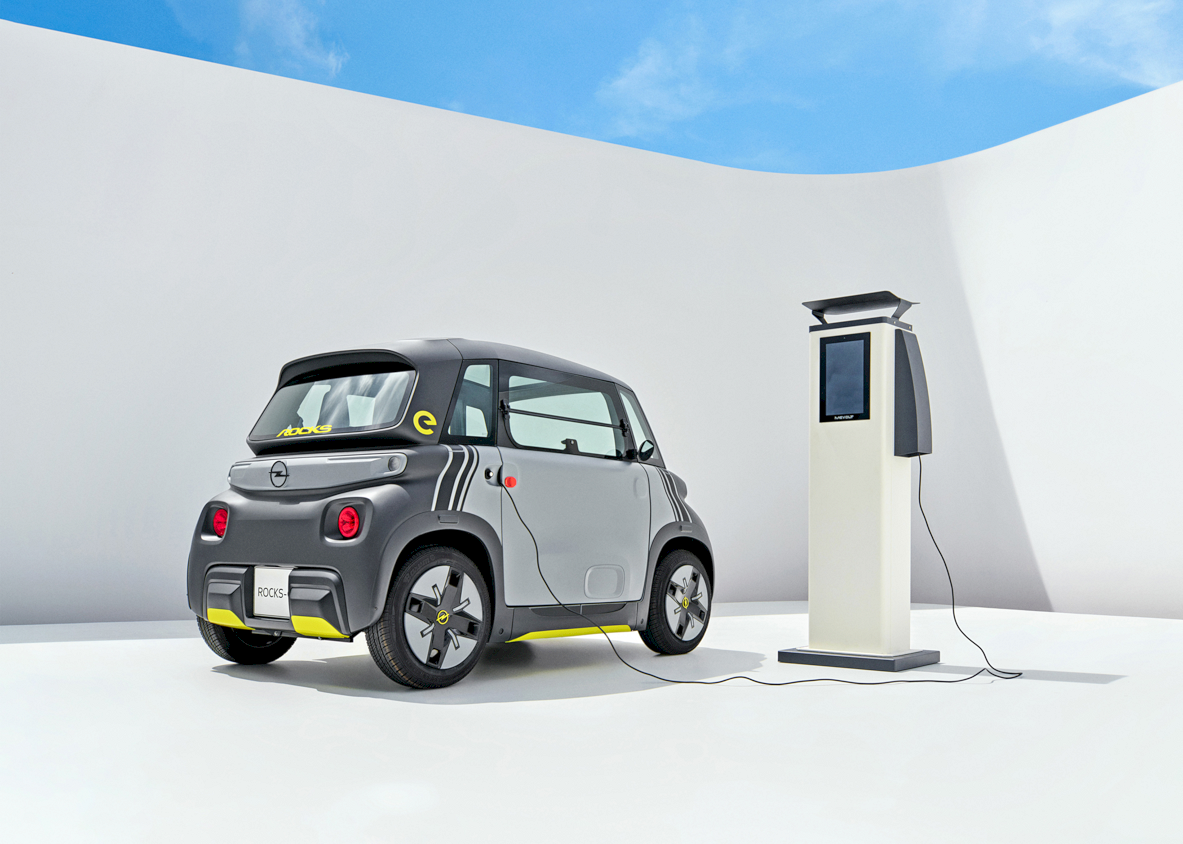 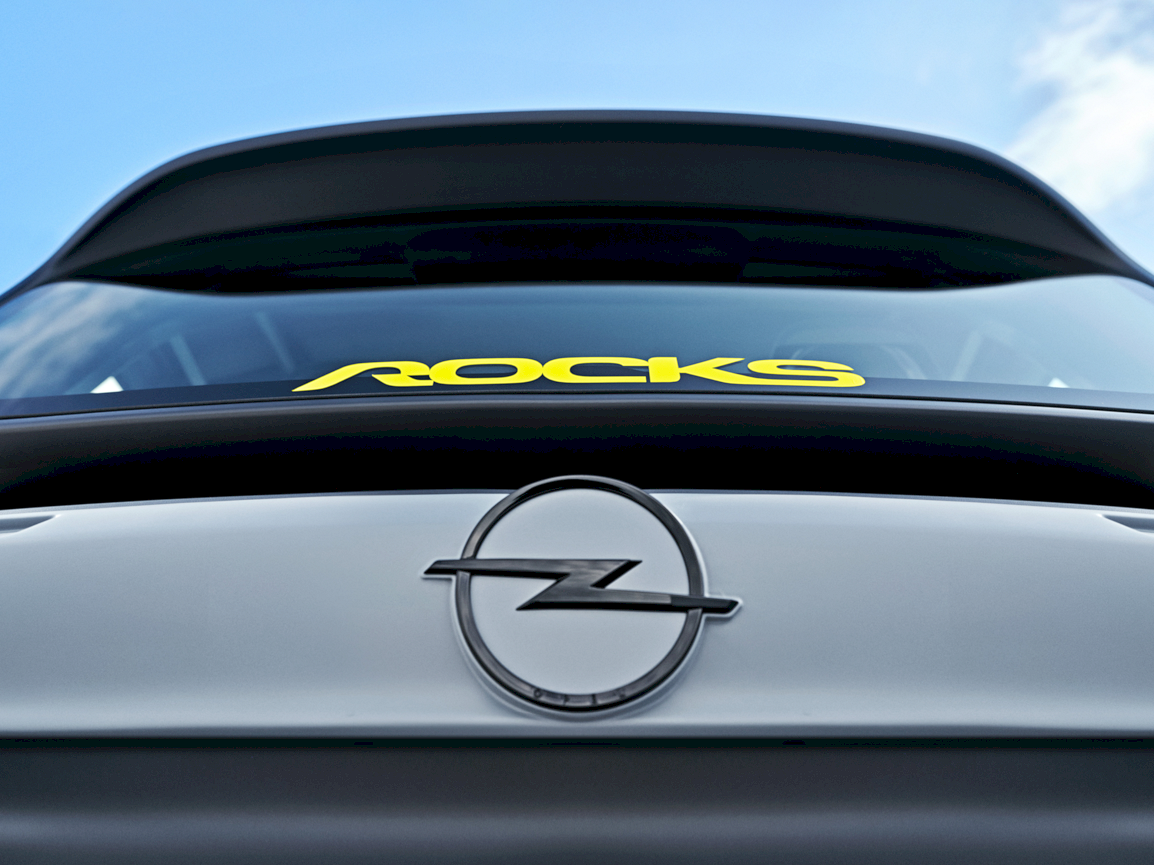