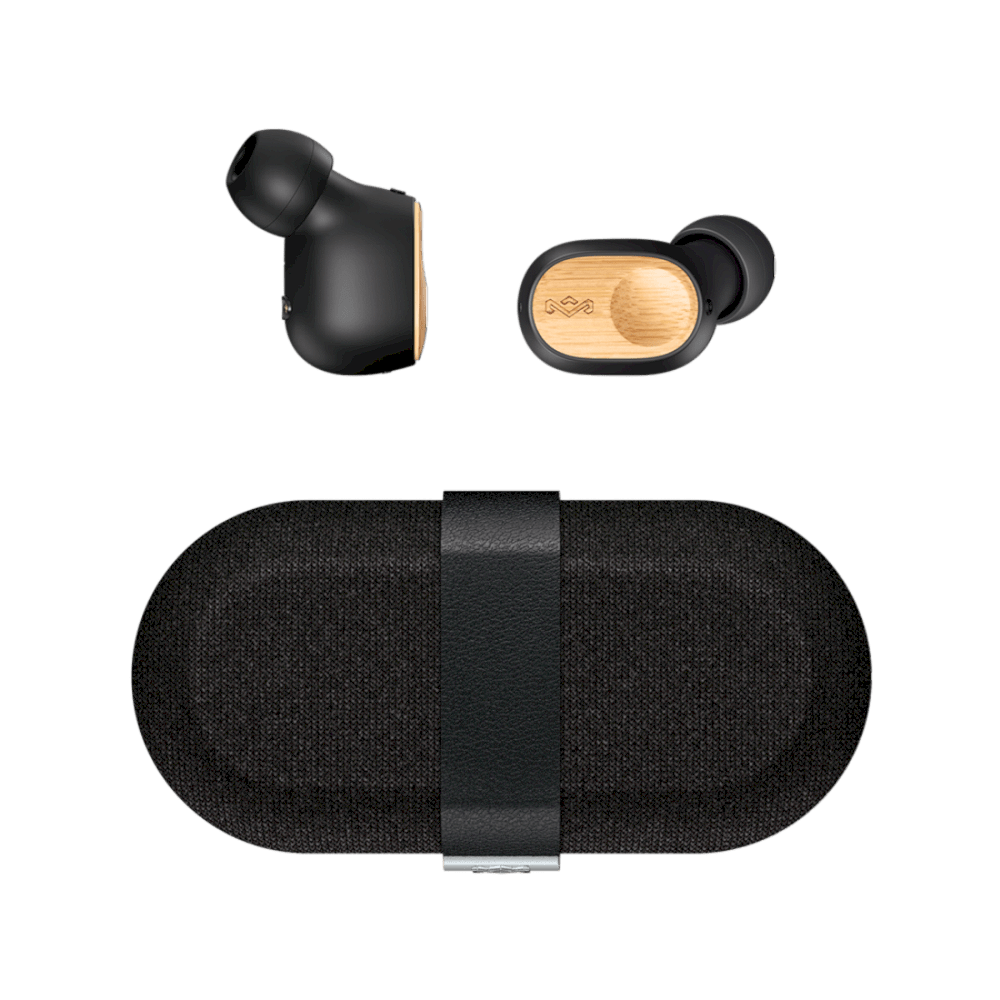 House of Marley Liberate Air Earphones: Disconnect from Distractions and Get lost in the Music

In the modern era, as it is now all things are getting simpler and easier, including the devices that help us to listen to music or podcasts. Lots of brands provide products such as headsets, speakers and headphones.

For some people, they might choose to listen to their favorite music through speakers, but there are also those who prefer to enjoy the music alone while using earphones. 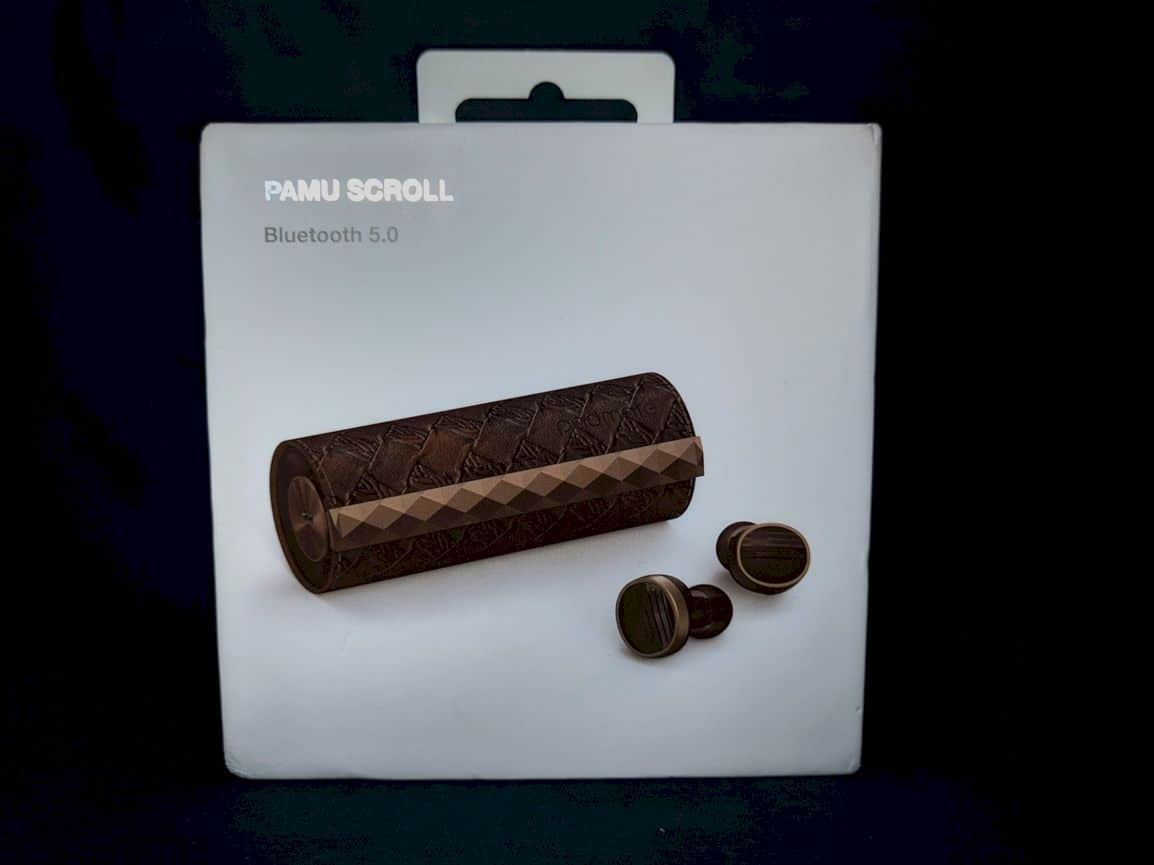 Padmate as a brand might sounds unfamiliar to those who stay in the common market, but the companies that focus on offering the best audio device got a lot of good things inside their pocket. One of the best in the lineup is the PaMu Scroll BT 5.0 Earphones with Wireless Charge.

The earphones which got a price tag of $79 is available in several product editions, namely Rock’n’Roll Edition, Graphene Edition, Glory Edition, and Sakura Edition. Each edition of the BT BT PaMu Scroll product gives a different impression of elegance so that it can be adjusted to the taste of the owner.

Inside PaMu Scroll BT 5.0 box, there is a pair of Bluetooth earphones, 1 case which is also the place to recharge the batteries from the earphones, 2 pairs of different size earbuds, 1 micro USB cable and 1 manual book. 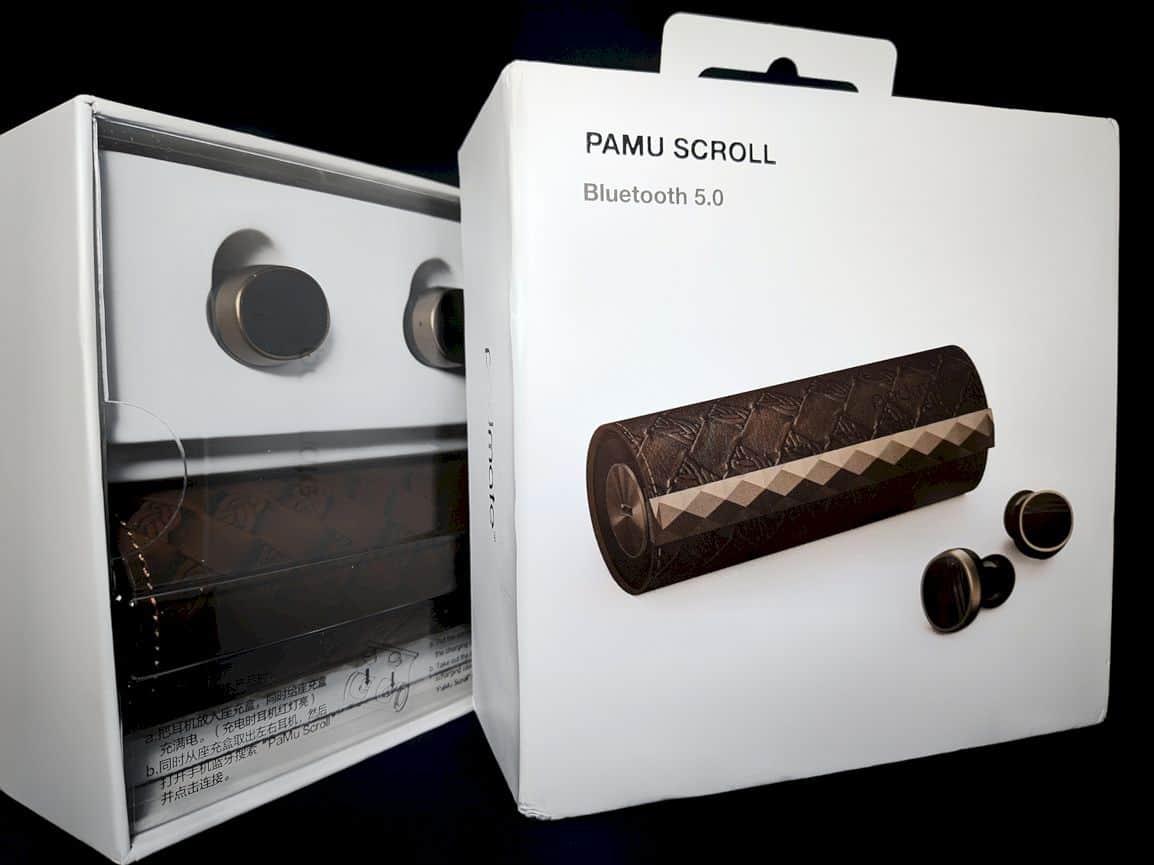 Inside the case where the earphone is stored, there is a micro USB port while on the right side there are 4 blue indicator lights to mark the level of battery available inside the case. By utilizing the case, you can still charge the earphone’s battery even though you are going on a long trip without electricity.  What’s interesting is that when the battery level on the case is fully charged then it can recharge the earphones twice. 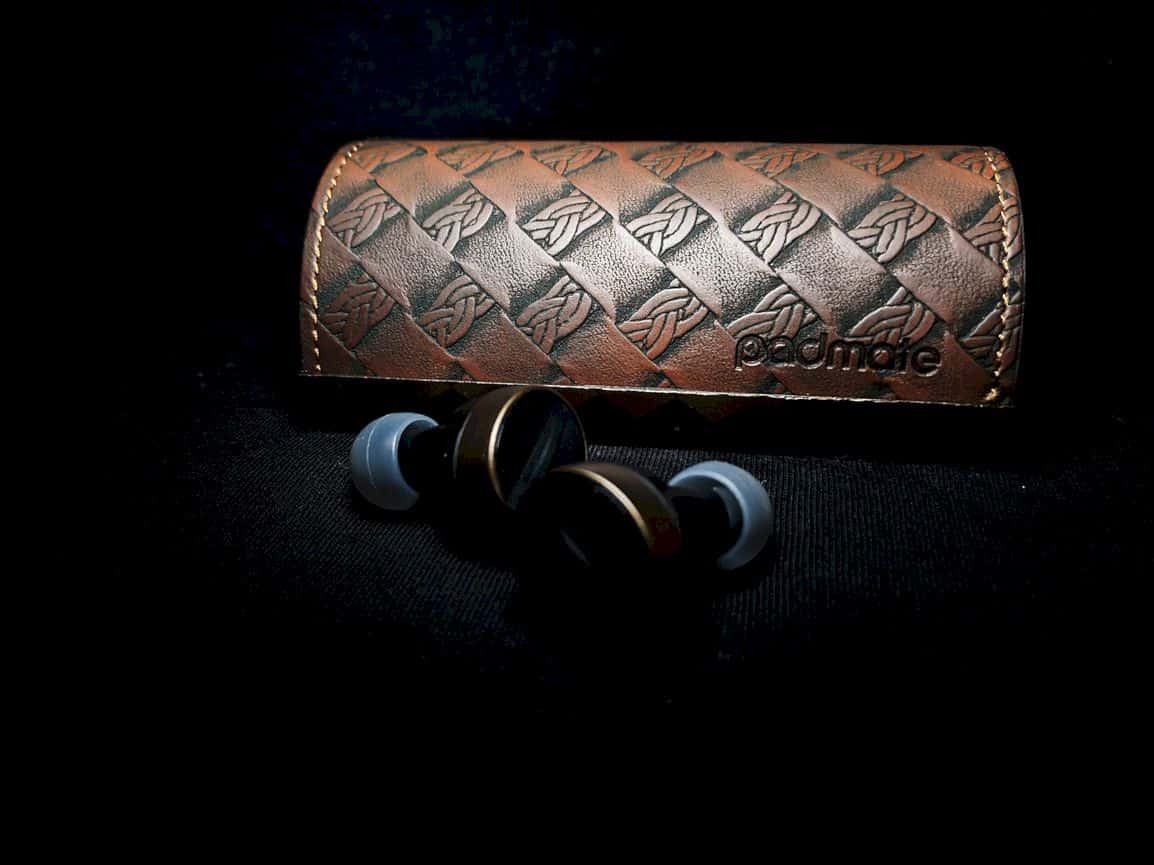 The design of the case itself varies based on the edition, for this review purposes, we got the Glory Edition which looks super elegant with a brown colored leather material and gold metallic accents on the front. It’s by far the best looker I have seen so far.

This case is also playing a huge rule in term of helping to pair the Bluetooth earphones because when you do not want to use the earphones and want to turn off then it can be done by simply inserting the two earphones into the case, then it will automatically turn off both earphones.

The same thing is true on the way to pair the earphones. What you need to do is simply lift the earphones from the case and it will automatically turn on and connected to the device where it has been connected before. Easy as that!

The PaMu Scroll BT 5.0 has a usage time of 3.5 hours and while the earphone has a lightweight design with a weight of only 5grams and is very comfortable to use it is also the only Bluetooth earphone that fit right through. What I personally love about this product is that I kinda have that solid base of feeling where I don’t feel that the earphones will fall off my ear.

These earphones also have the same features on each earbud so that if you want to listen to podcasts on the right earphone and lift the phone on the left earbud, you can connect one earphone first by simply removing one of the earphones and connecting through the Bluetooth. 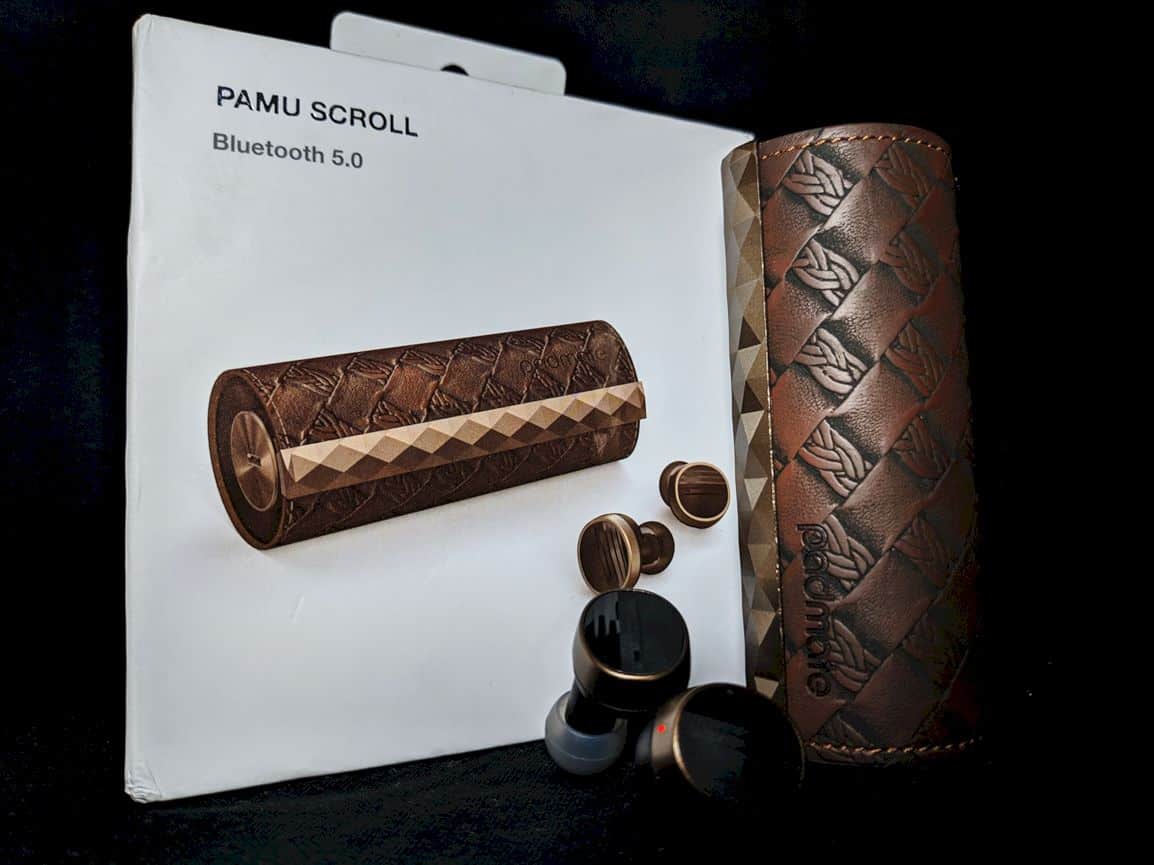 The PaMu Scroll BT 5.0 Earphones can be operated with just a touch on each earphone, on the right earphone you got the full control on the media that is playing on the connected device. One tap will pause everything from a youtube video that is opened on the browser to other media app. A double tap will act as the next and forward button.

The left one fairly got the same function but double tap on the left earphone will activate Siri, Cortana, and other virtual assistants.

The earphones bag an IPX6 rating so that it can deal with the splash of water which makes this product safe to use while exercising.

Apart from that, just as the name of the product, The PaMu Scroll BT. 5.0 is using the latest Bluetooth version, which is Bluetooth 5.0 where the distance on this earphone is quite far compared to other products. With the strong Bluetooth 5.0 signal, the sound produced on the earphone is very clear and what’s astonishing for me is that when I use the earphones to watch movies or videos, the sound that I hear is perfectly synced with the mouth movements. It feels just right. 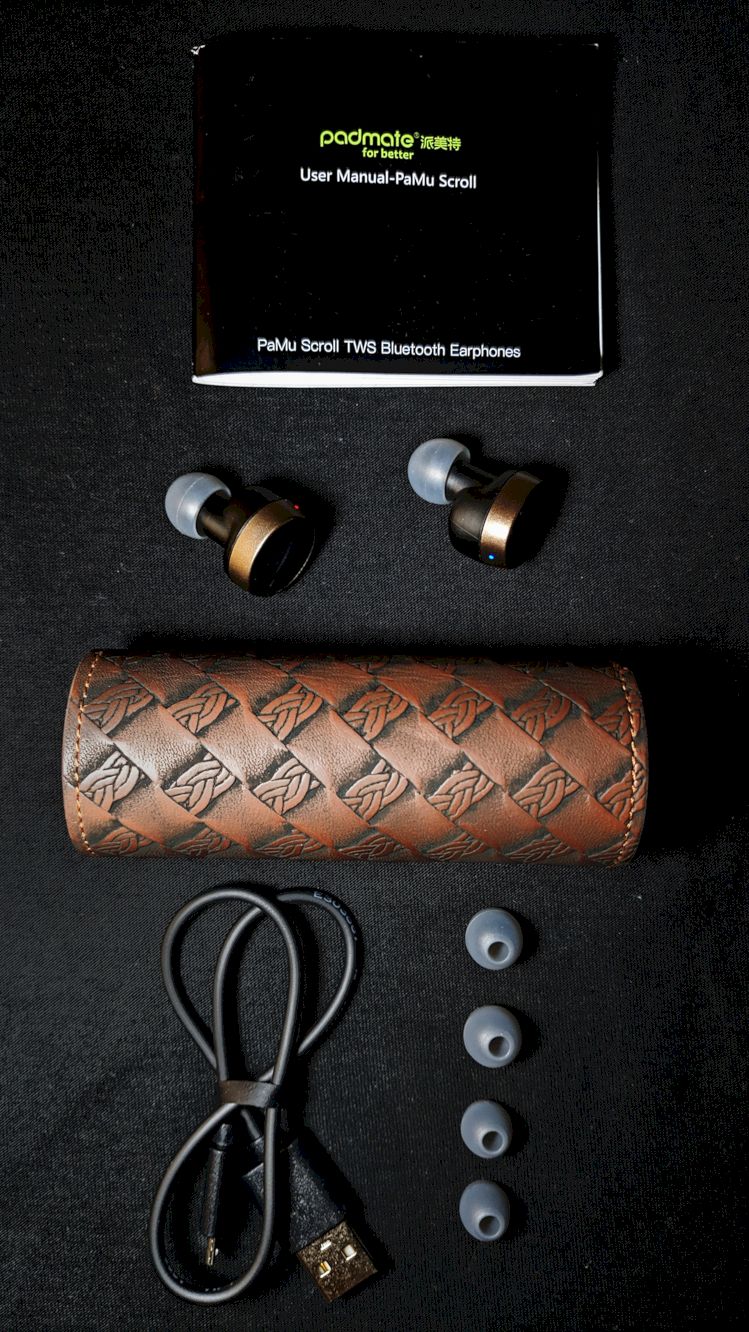 As for the sound quality it produced, the PaMu Scroll BT 5.0 earphones is very like very rich, the treble stable bass is not too excessive, and you can feel the richness of the sound it produced. As for my personal experience, by using this product, I can now hear other instruments from my favorite song which is a whole new experience in enjoying the music.

These earphones also packed the best noise cancelation feature and there will be no noise from outside the earphones plus your music is kept perfectly just for you and nobody can hear it.

Buy it on Gearbest

Let’s get the rabbit off the rabbit hole first and then close it with the best impression. Although the PaMu Scroll BT 5.0 Earphones got lots of good features, there are also a few flaws that I observed while reviewing the product.

The case feels a little bigger than the earphone cases in general so it’s kinda bulky when you put it in your pocket. Other than that, the case is still using the old micro USB to charge – even though it can use the wireless charging feature. In order to keep up the trend, the case should be equipped with a USB type-C which will be used more often in the future because of their advantages over other USB types.

Next, while listening to music with low bass, it will reveal how weak these earphones handle the bass in the music. When you play music or any sound source after pausing it, the sound will play from one of the earphones first. I kinda feel like that there is an interval between the right and left earphones when the sound resuming.

Last, the touch button on the outer side of the earphone feels a little strange maybe because the button feels like a rubber button. There are times when I want to tap it twice but the earphones only catch once and stop the music. There are also times when an accidental touch happens due to the oversensitive pad on the earphone. 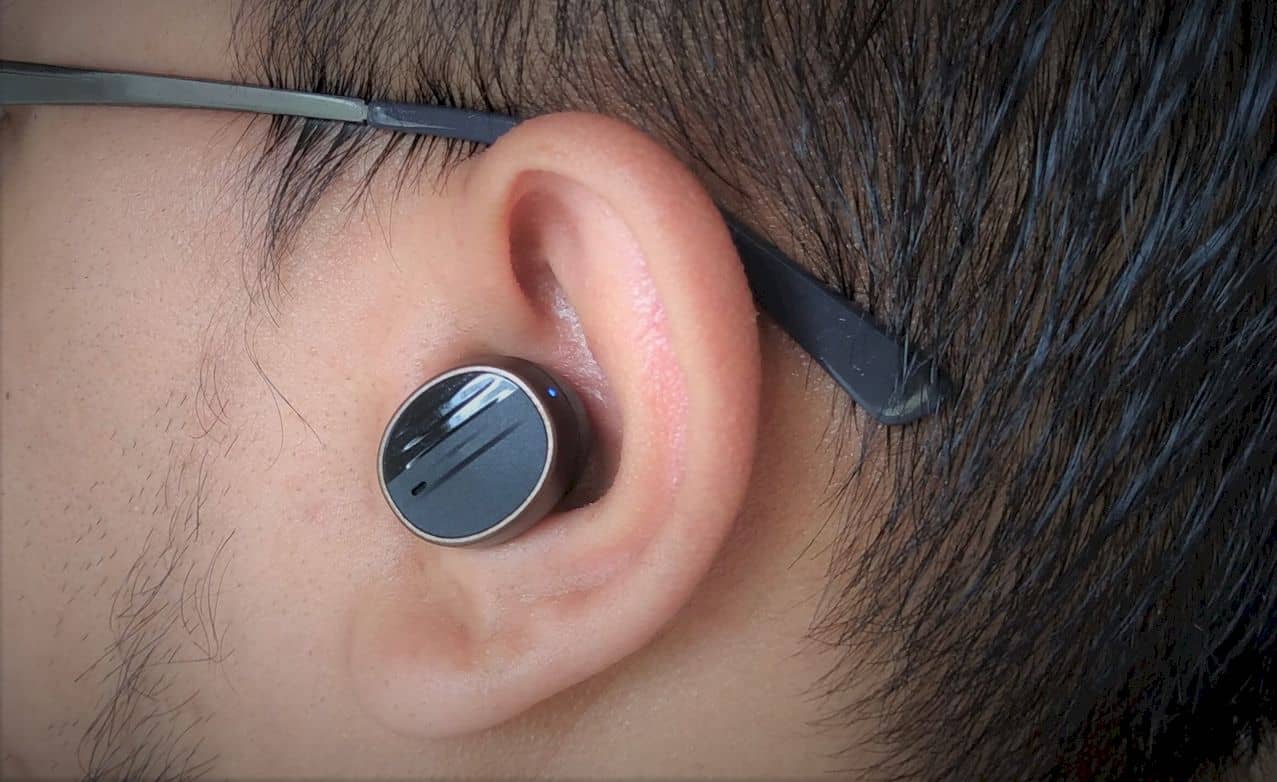 But one thing for sure is that the PaMu Scroll BT 5.0 Earphones is the best earphone I have tried so far and I personally do believe that this earphone has the capability to go head to head with the Apple AirPods.

There a lot of advantages such as the speed of the Bluetooth connection through the contents of the box that are neatly arranged, automatic on/off feature, waterproof and also wireless charging feature that makes it easier to charge it.

The design of the earphones is also speaking for itself. It is ergonomic, feels solid and very comfortable which is the three most important things in earphones.

As for the sound quality it produced, the PaMu Scroll BT 5.0 Earphones is that earphone that can make your daily repeated songs sound like a whole new song which is great. This earphone is highly recommended because you will feel as if you are in the same room as the sound source.

Finally, with the price tag that is super economical than what other brands is proposing, I do believe that the PaMu Scroll BT 5.0 Earphones is by far the best choice for earphones out there.

Buy it on Gearbest