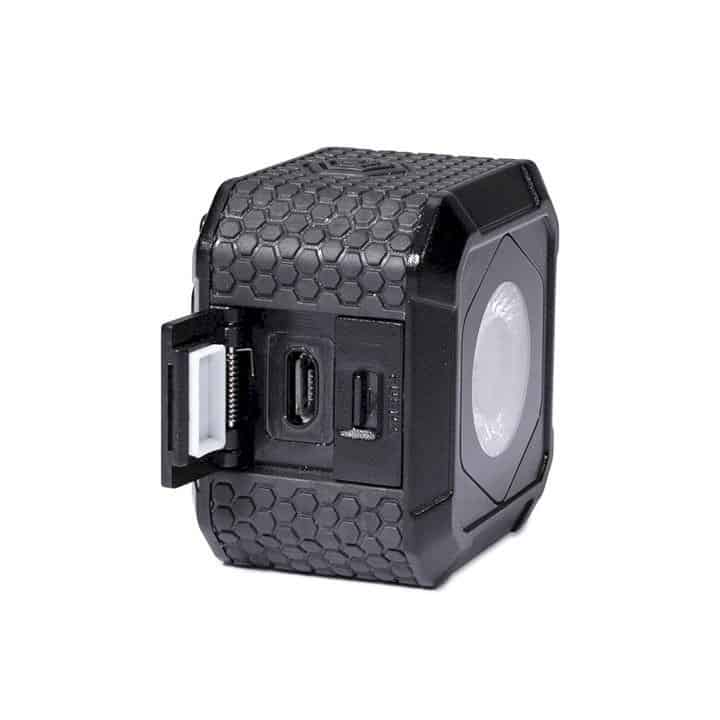 Haptic feedback technology is carried out to create a ‘touch’ sensation through mechanical stimulation in the form of pressure and movement. This system is usually found on smartphones, for example when the device emits vibrations as a touch response on the virtual keyboard; or in the form of vibrations in the game controller. But maybe you do not imagine the haptic technology applied to the headset. 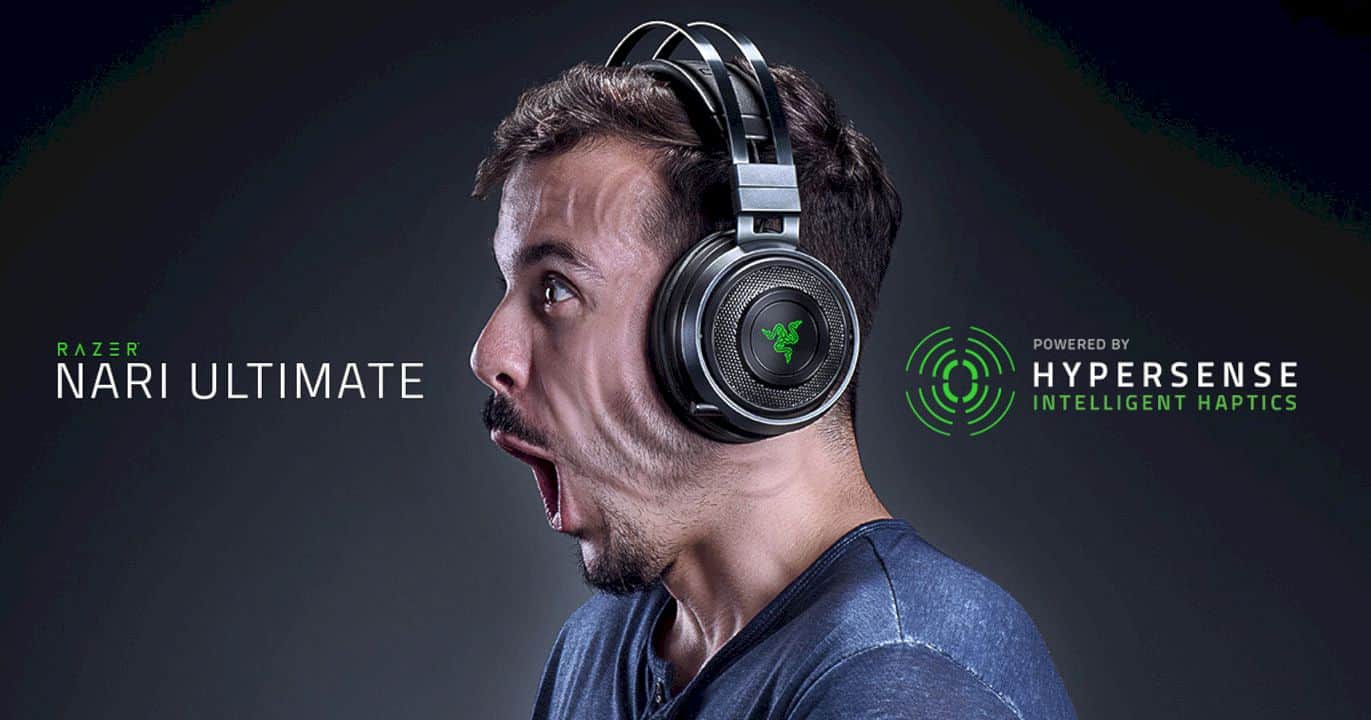 This is what Razer did in formulating their new products. The gaming peripheral specialist company introduced Nari Ultimate, the latest haptic feedback technology headphones that were promised to be able to add ‘touch’ dimensions when used to enjoy video games, watch movies or listen to music. 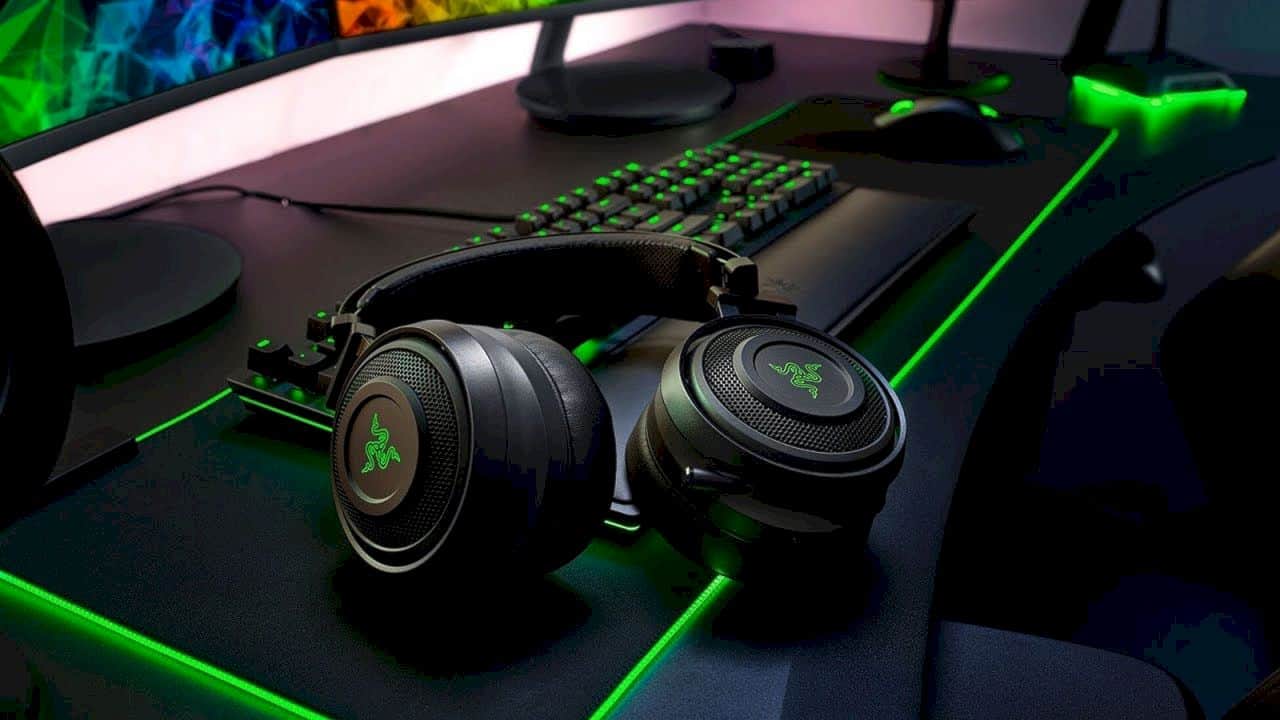 Unlike traditional haptic systems, HyperSense is able to read audio signals and convert them to real-time haptic output. According to the manufacturer, the method can increase our awareness in the virtual environment.

From the information of the Razer in the press release, HyperSense in Nari Ultimate works by producing vibrations that are synchronized to the audio output. The method is different from the standard system which generally uses pre-programmed haptic signals.

And this technology can work for all kinds of entertainment content formats. Razer Nari Ultimate has a familiar appearance. These gaming headphones carry over-the-ear speaker housing and round padding. The part of the ear cup is connected to the frame via hinges, allowing it to move to follow the contours of your head. 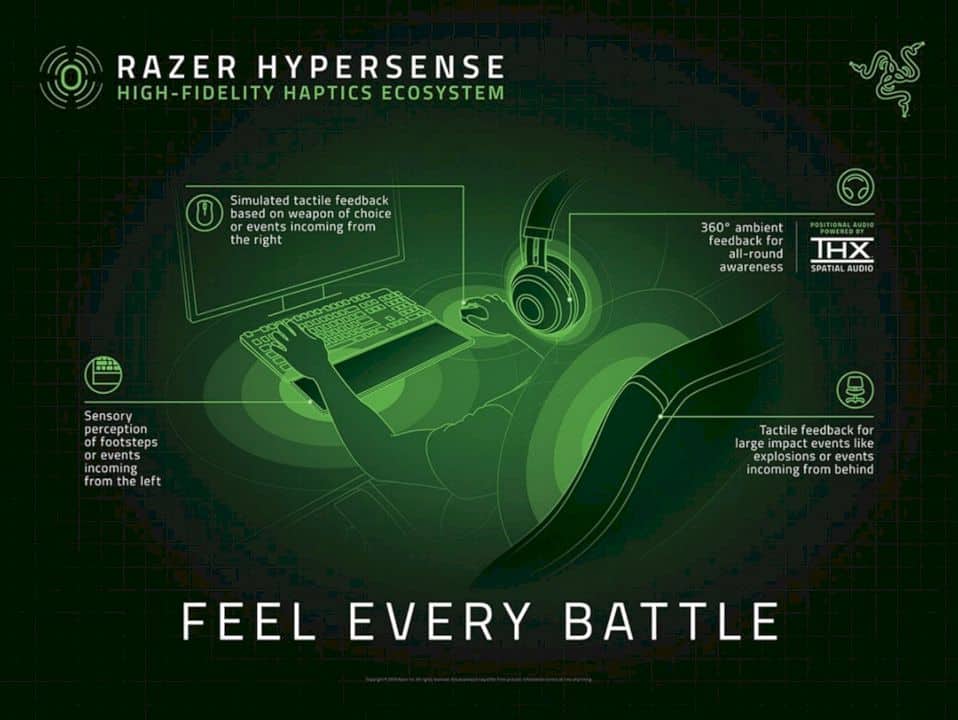 The frame is made of aluminum, has a structure similar to the SteelSeries Siberia V2 with a flexible secondary strap/headband. Furthermore, Nari Ultimate has a padded synthetic leather that also stores cooling gel.

The audio reproduction capability itself can be said to be equivalent to the Kraken Tournament Edition, supported by THX Spatial Audio technology to simulate 360-degree sound, and equipped with a 50mm neodymium driver. 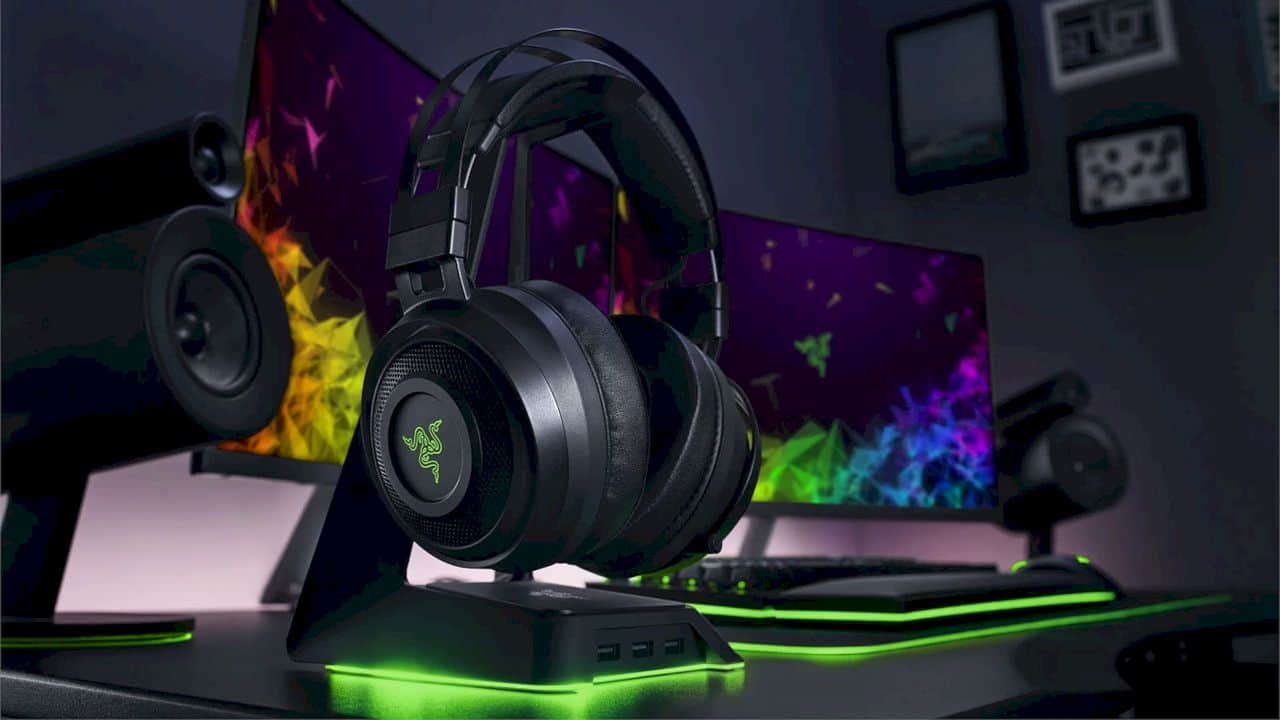 Headphones are connected to a PC via a ‘lag-free’ wireless connection with a maximum distance of 12-meters, supported by a battery that lasts eight hours without activating the Razer Chroma. Alternatively, you can use a 3.5mm audio cable to enjoy stereo mode.

Razer prepared three variants of Nari, but Nari Ultimate is the only headset that was equipped with HyperSense technology. The product is sold for $ 200.