The story of the Renault Megane R.S Trophy-R began in 2008 when the Renault Sport division (R.S) felt that they needed new challenges. Then, they tried to create a hot hatch equipped with special legs, a lighter body, and a cage roll to add to the rigidity of the chassis while adding the element of safety on the body of the car. 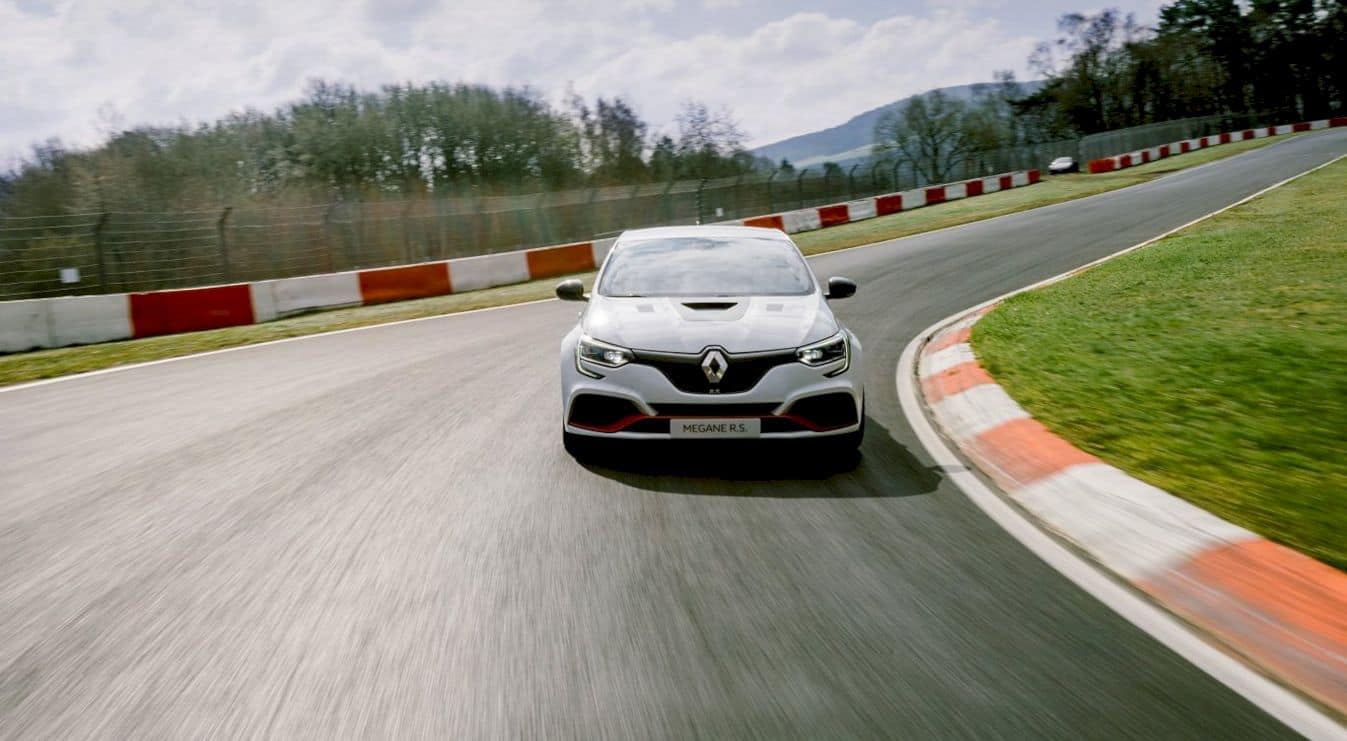 The strong aura of the Renault Megane R.S 2019 Trophy-R has been seen starting from the front view of this car. The sporty bumper grooves are not made for the aesthetic basis but also serve to drain the wind to cool the brakes used by Brembo. Besides that, the split on the hood also emphasizes the fierce aura. 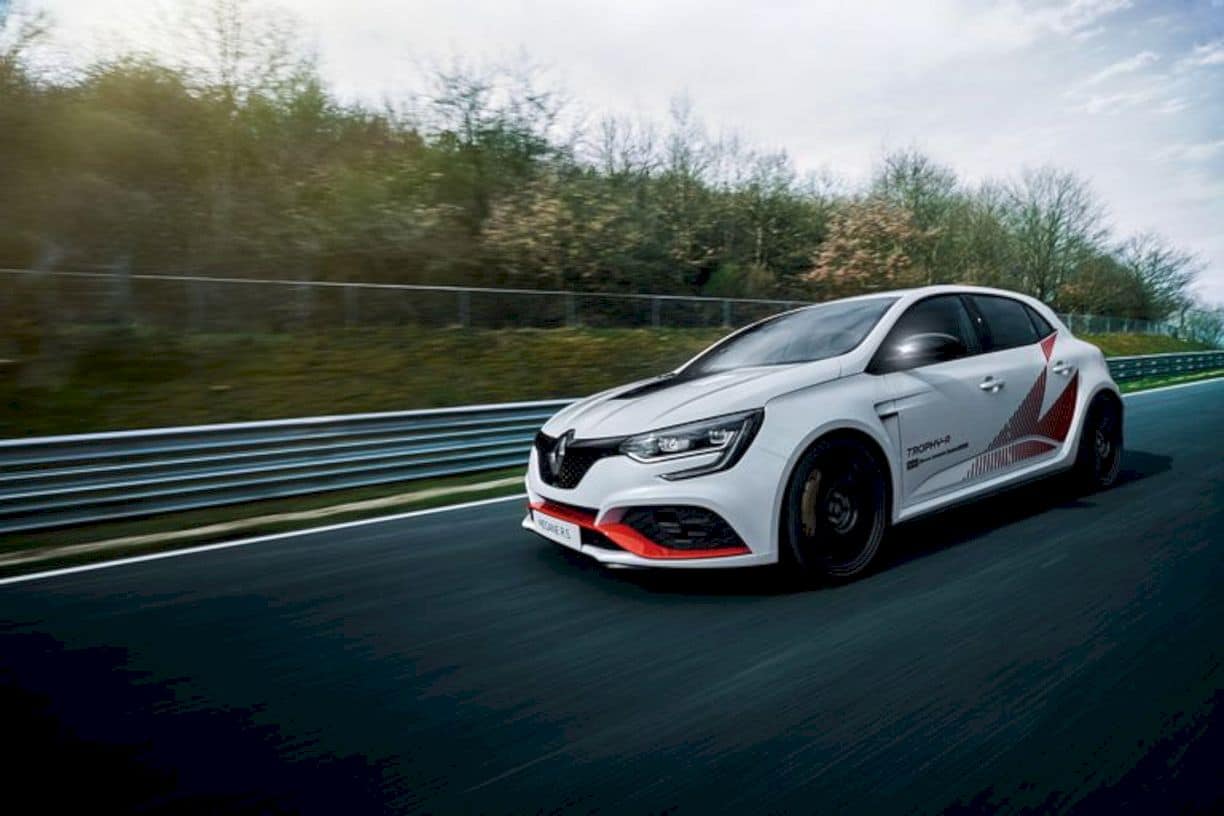 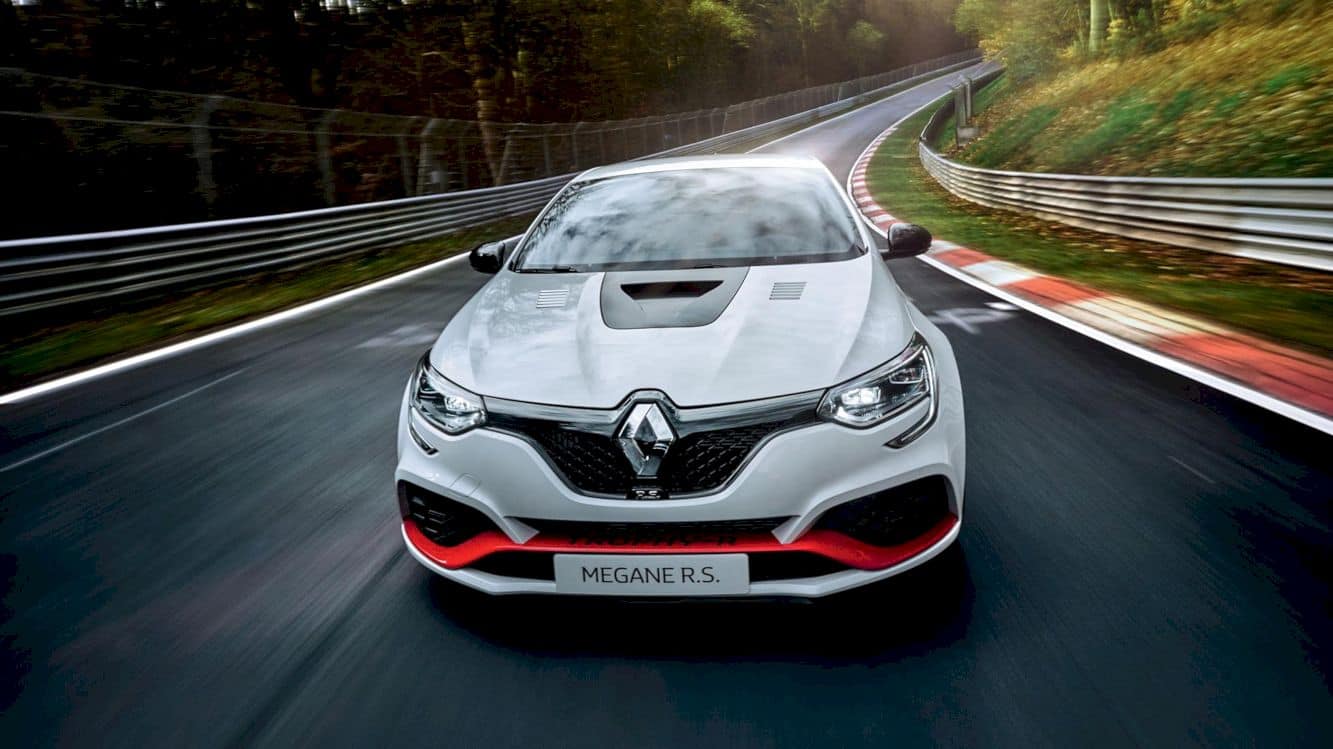 The rear spoiler design as if integrated with the rear glass makes the rear view more dynamic and character. Not to mention the combination of the rear bumper with the rear door as if to make a solid match that is right and nice to be seen by the eyes of the stern side of the Renault R.S Trophy-R 2019. 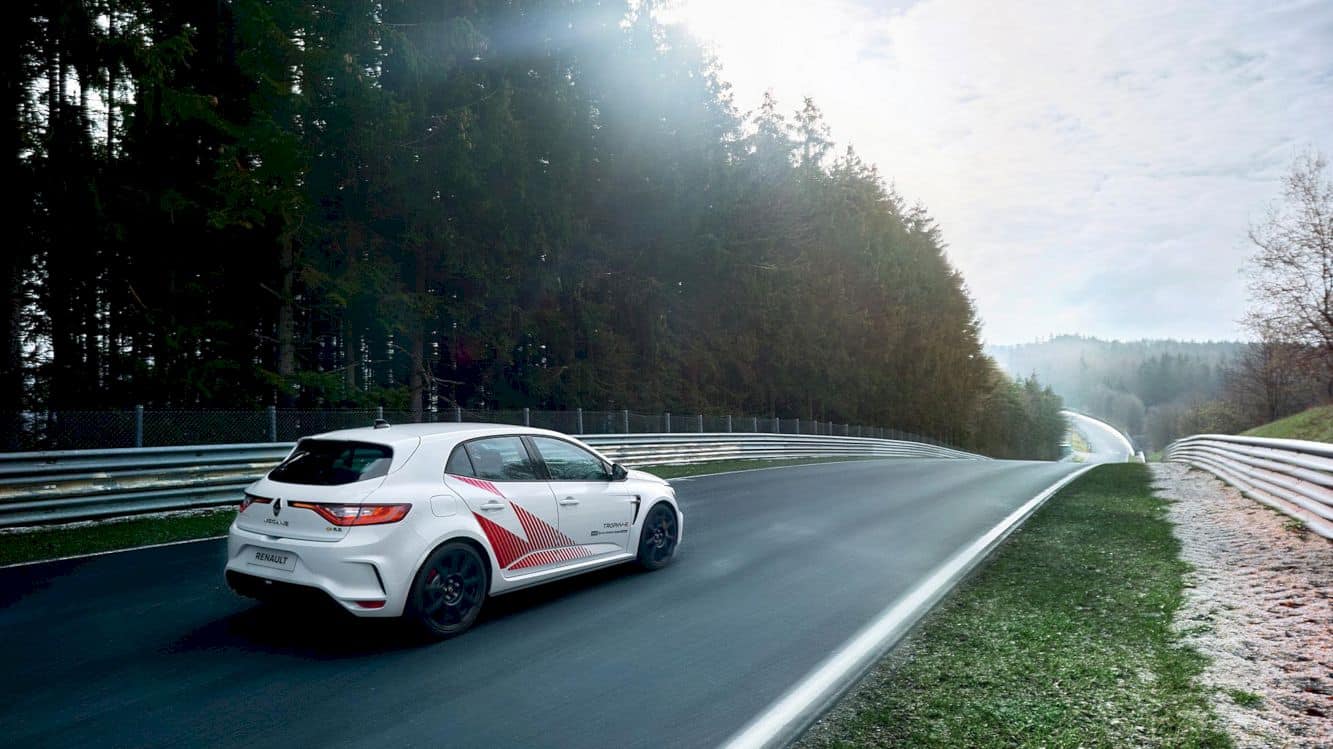 The Renault Megane 2019 Trophy-R RS is claimed to use derivative technology directly from the machines developed for Formula 1, using two ball bearing technology that functions to facilitate turboshaft so that the forced air induction system in the car this is lighter when spinning, the effect is turbo spooling blowing air into the engine faster. 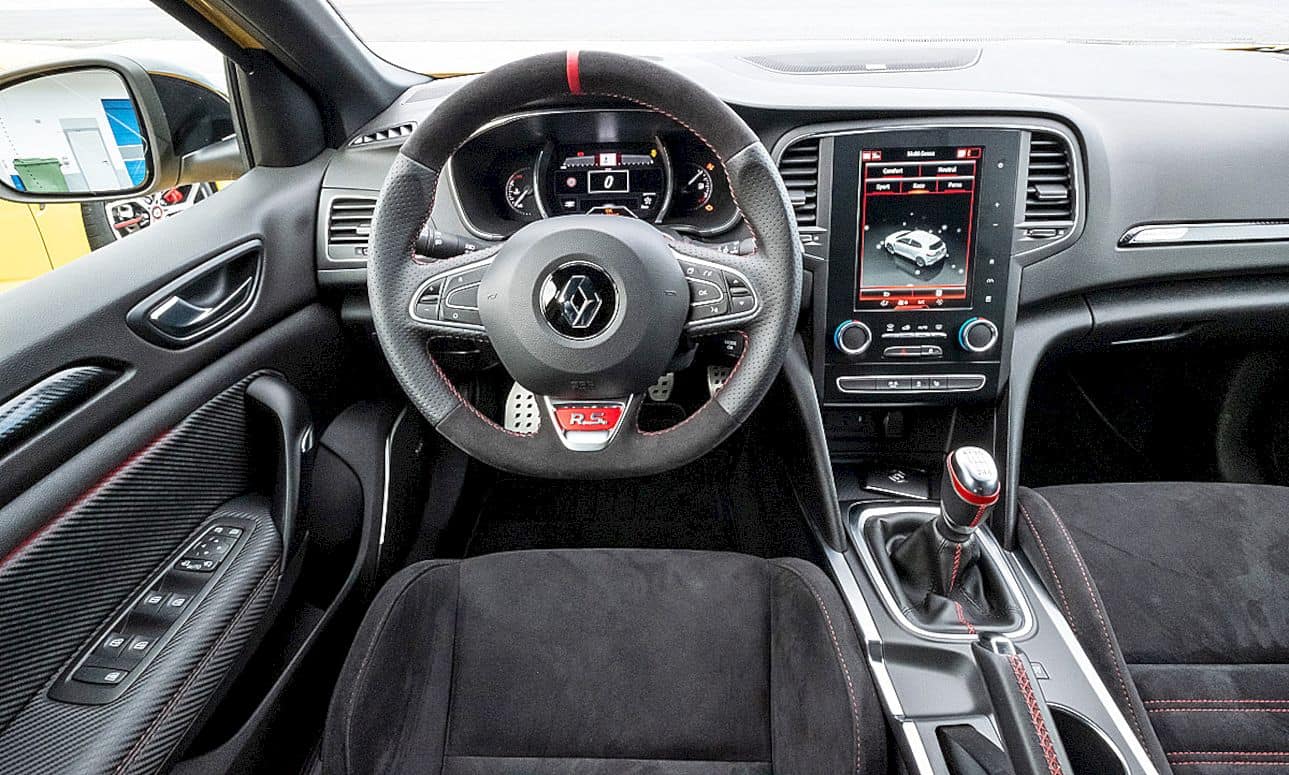 In addition to the two technologies we mentioned earlier, the suspension of the Swedish original Ohlins concoction is also very helpful in keeping the car to turn smoothly while cornering with high speed.

Moreover, this car weighs around 130 kilograms lighter than the standard Megane, while also adopts a 4 wheel steering system, where the front and rear wheels can adjust angles to make the car faster and more stable. 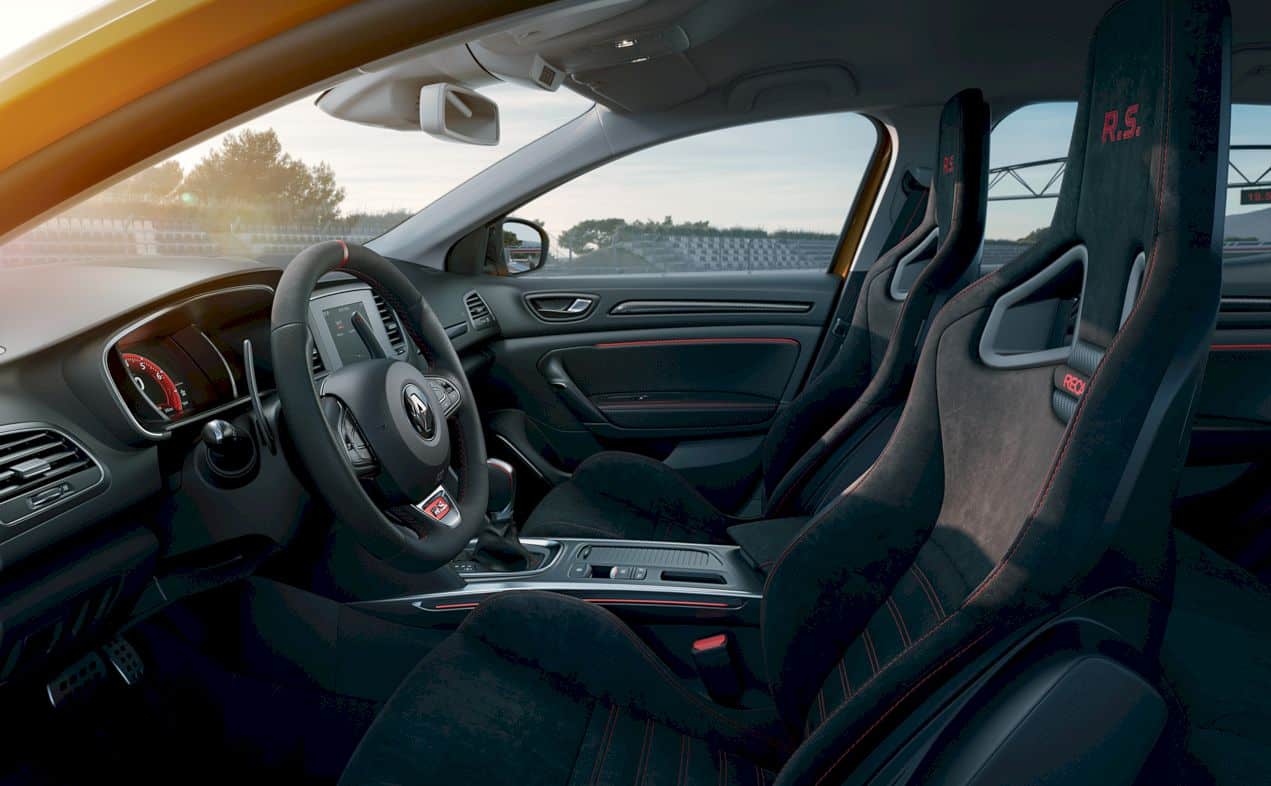 Renault Megane R. The 2019 Trophy-R is equipped with various safety and security features. Both active and passive, such as brakes with ABS systems, EBD, Emergency Brake Assist and so on. However, if it needs to be used on the racing circuit, these features can be temporarily turned off, since it will limit the ability of the car. 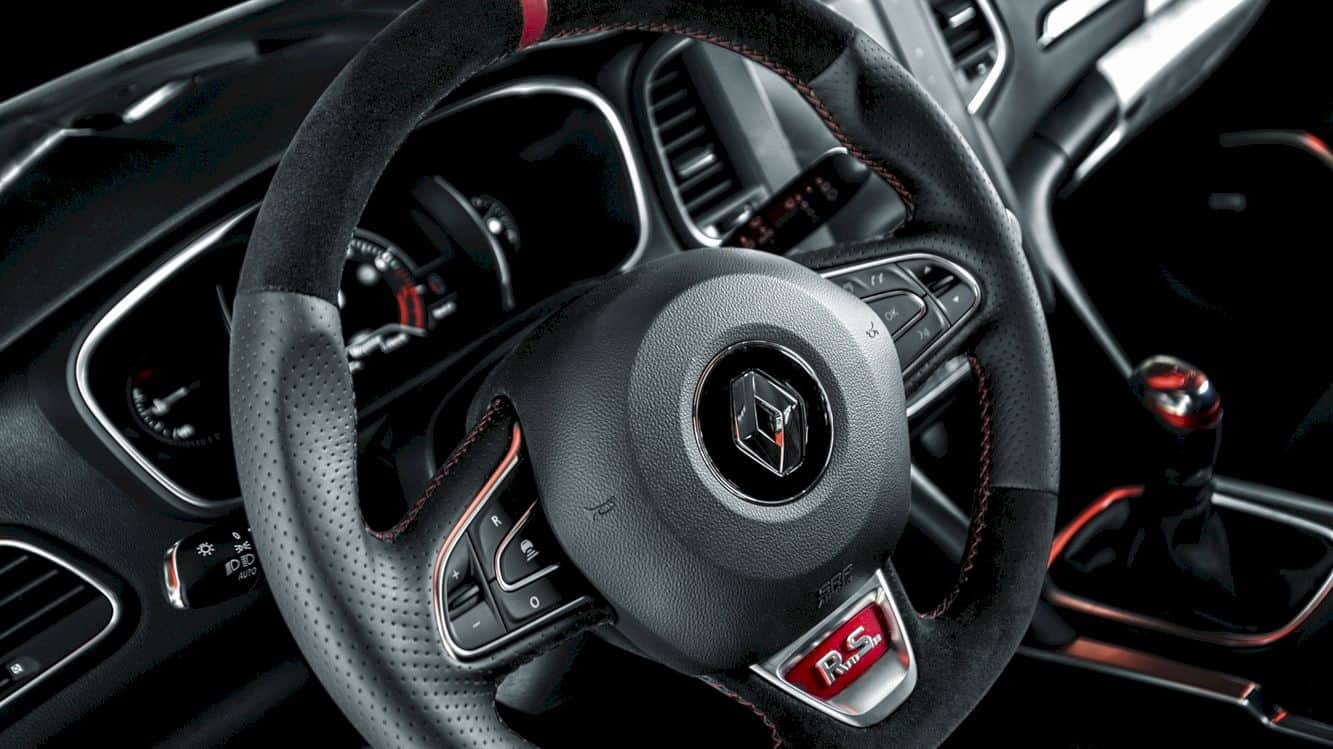 Like the typical Renault, the steering wheel mounted on their special car is also no less special. It is wrapped in leather with suede at the top. This encasement will have a special effect on anyone who drives it.

In addition, the steering wheel is also equipped with various setting buttons for both audio connectivity and MID and cruise control settings. 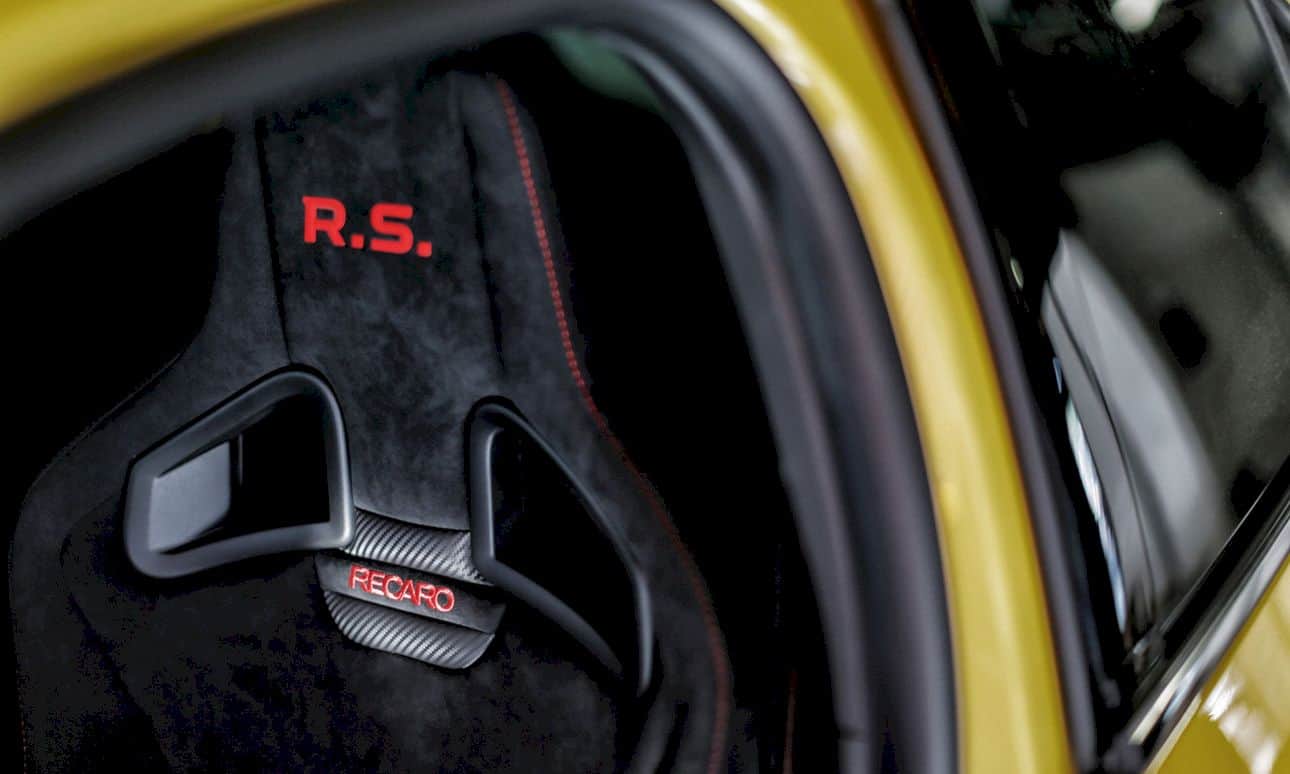 An economical sitting position is also one of the features of this car compared to its closest rivals, although it must be admitted that the rival manufacturer also offers a great sitting position, there is something more you will get form Recaro which was chosen by Renault to boost the interior.