Rock House is a single-family home located south of Kuwait City, in the Abdulla Al-Salem district. In an area of 1,300 m2, the residence consists of a reinforced concrete structure that folds continuously on itself. 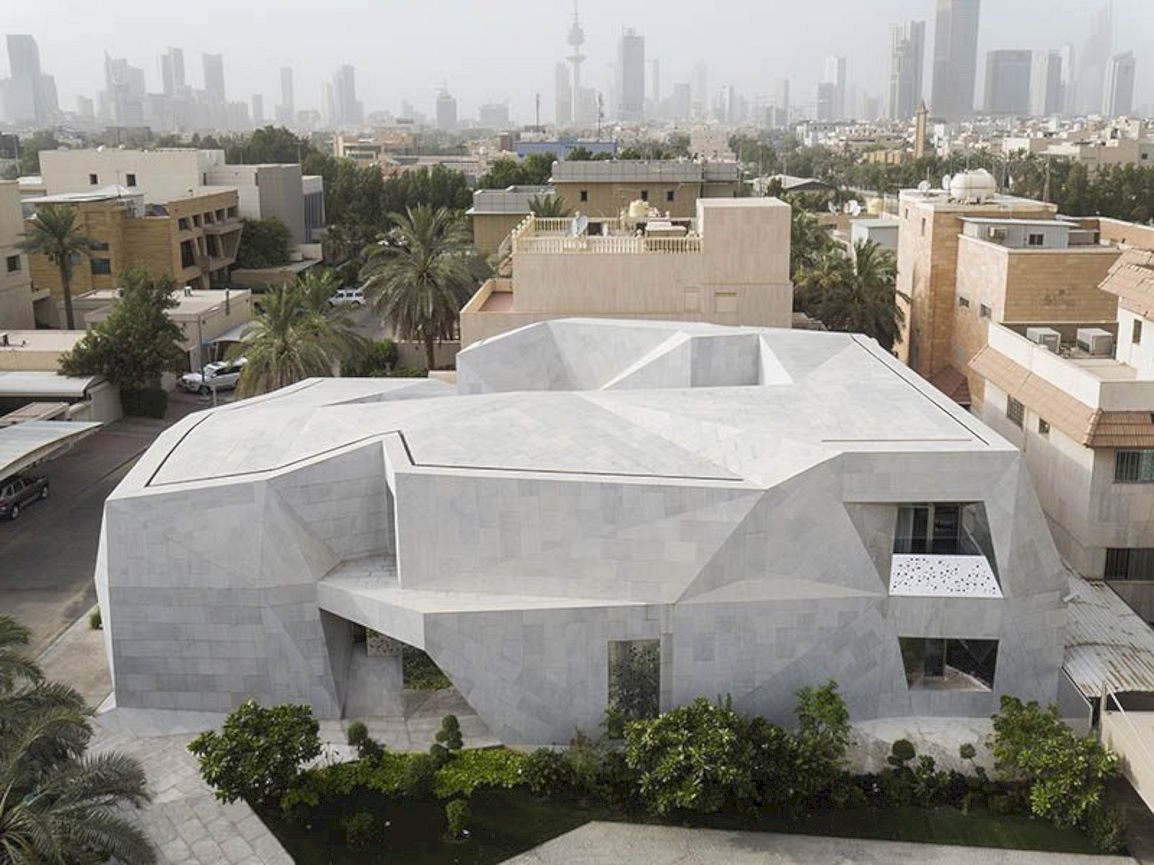 The origami-shape building is created to develop an internal central courtyard towards which all the spaces of the house face. 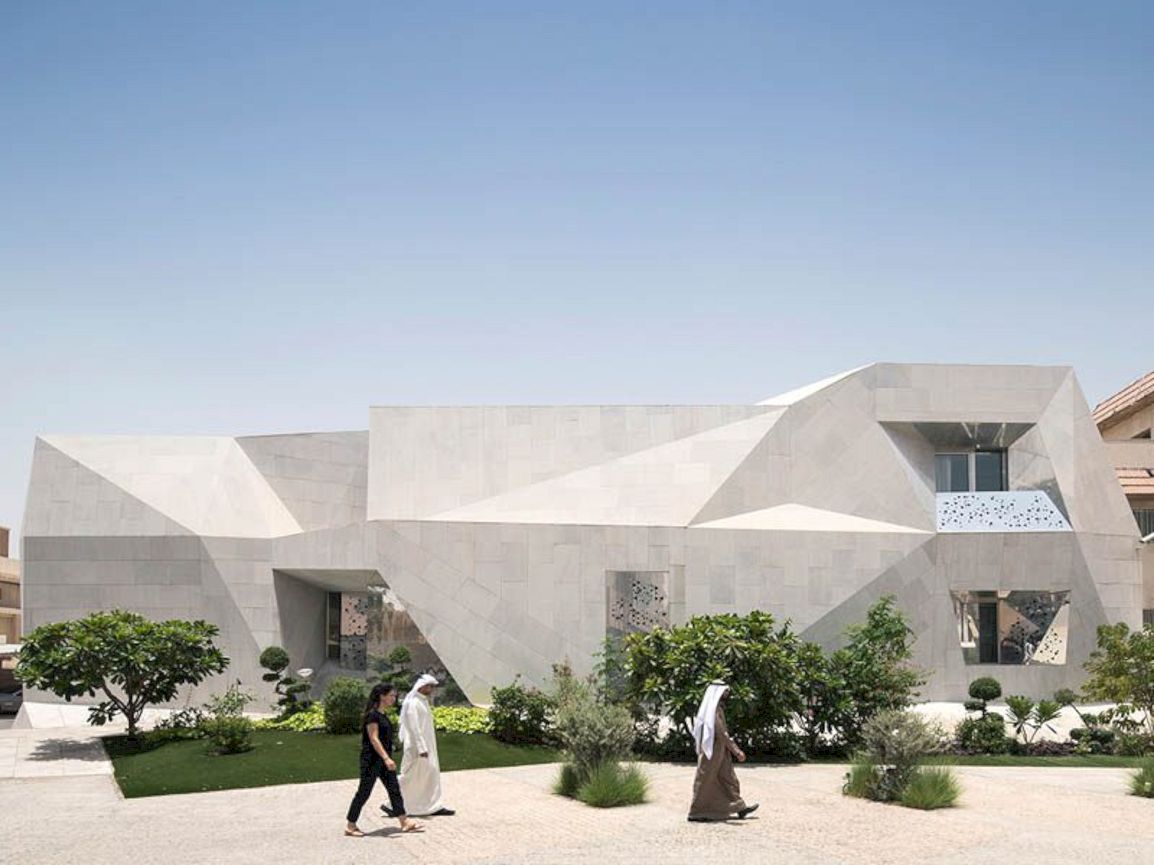 The Rock House was planned with two goals in mind. The first one is to observe the complete privacy of the resident. While the second mission it carries is to be the iconic element in the area. 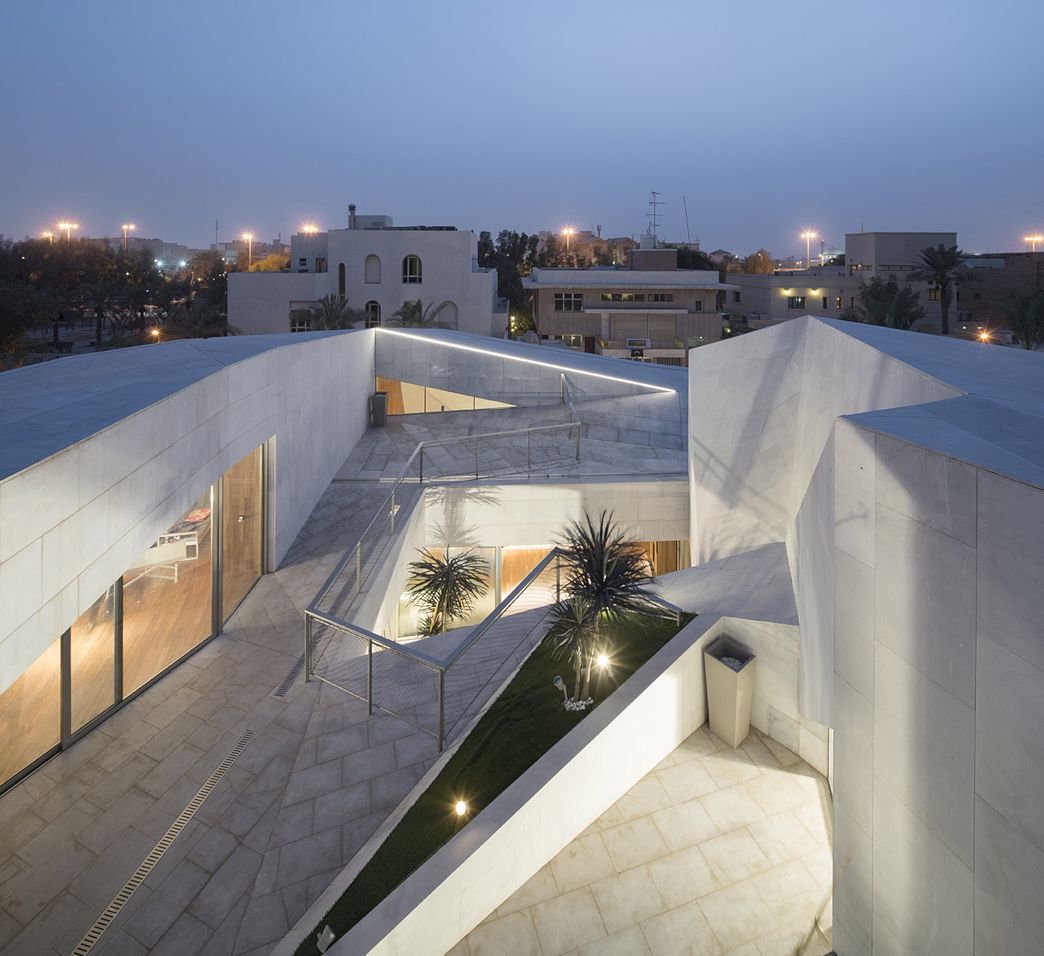 Completed in 2014, the work has few, and skewed, openings to the outside that favor the preservation of the privacy of the owner, in addition to avoiding excessive sunlight entering the rooms. 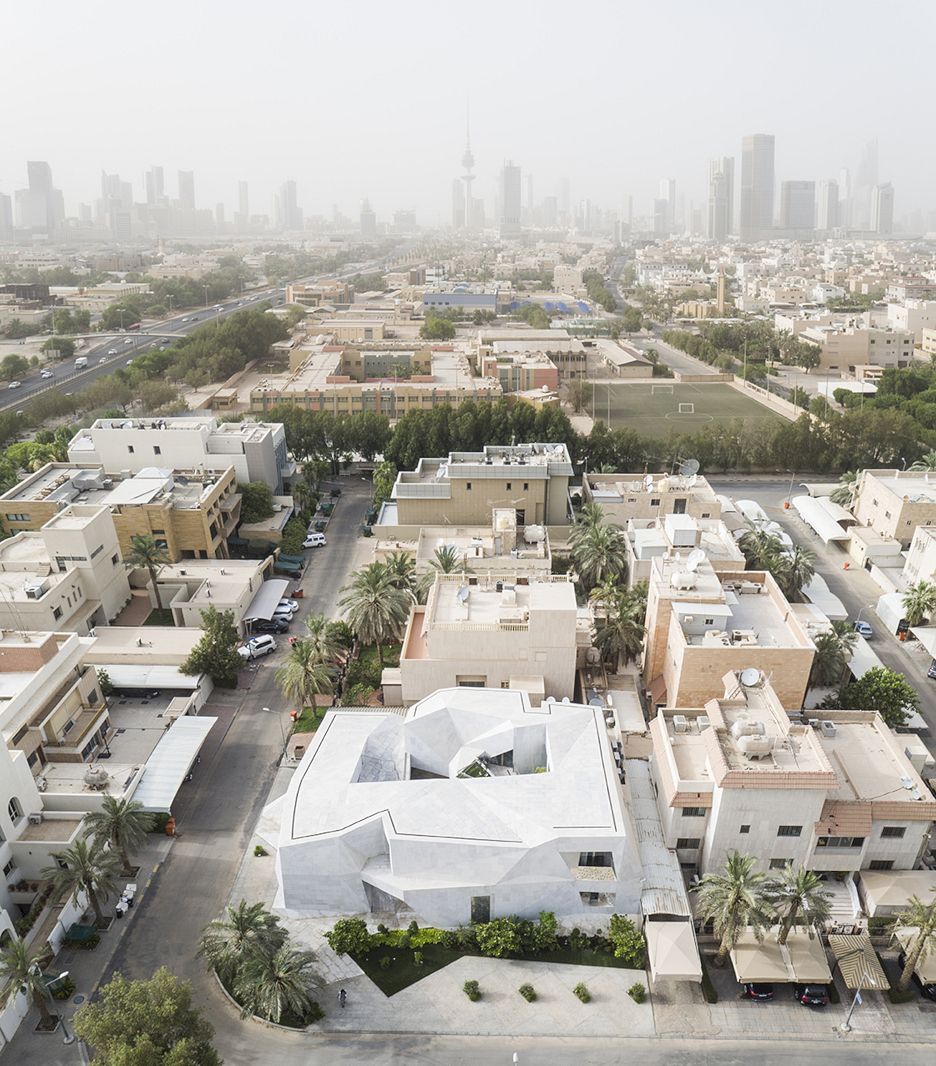 To reduce its impact, it was sought to grant flexibility to the use of the spaces, incorporating multiple routes that connect the rooms without interruptions. 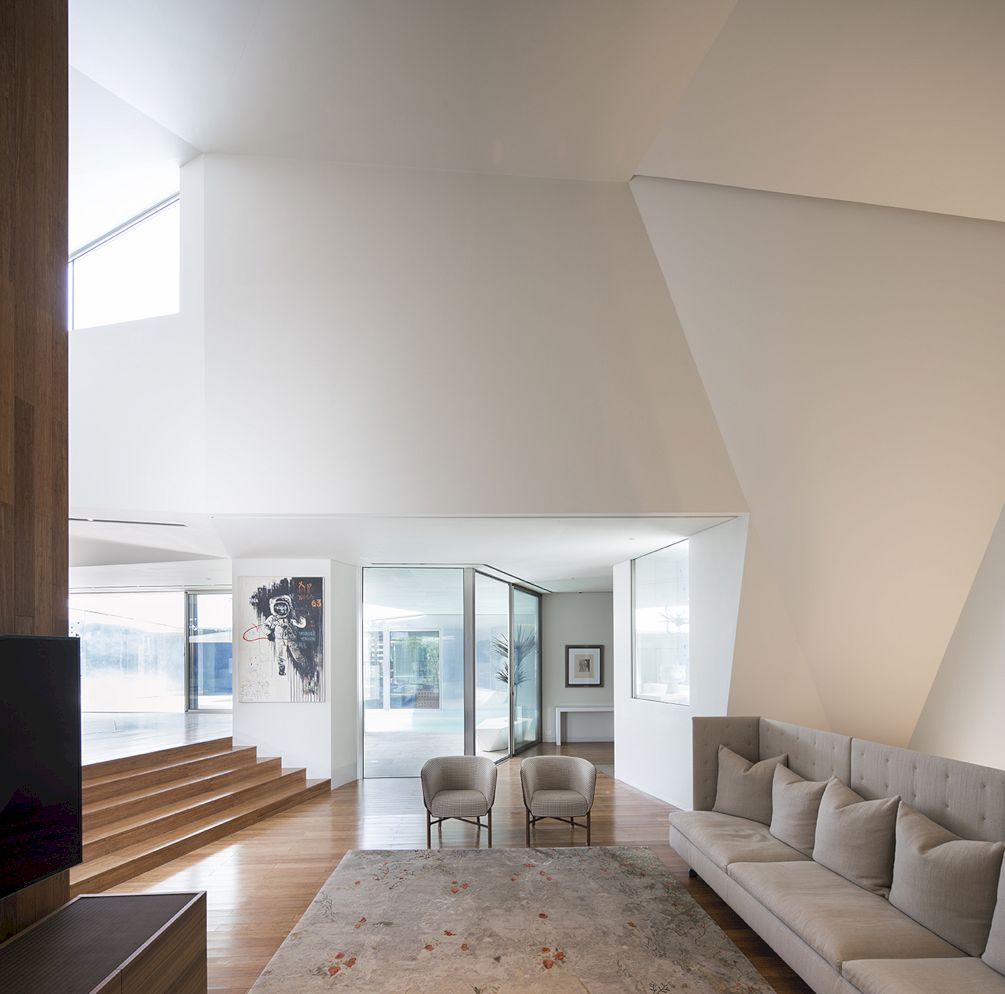 As in traditional Muslim architecture, the corridors were eliminated from the planning, to compose the residence as a single system, with variable conditions, where different activities take place throughout the day. 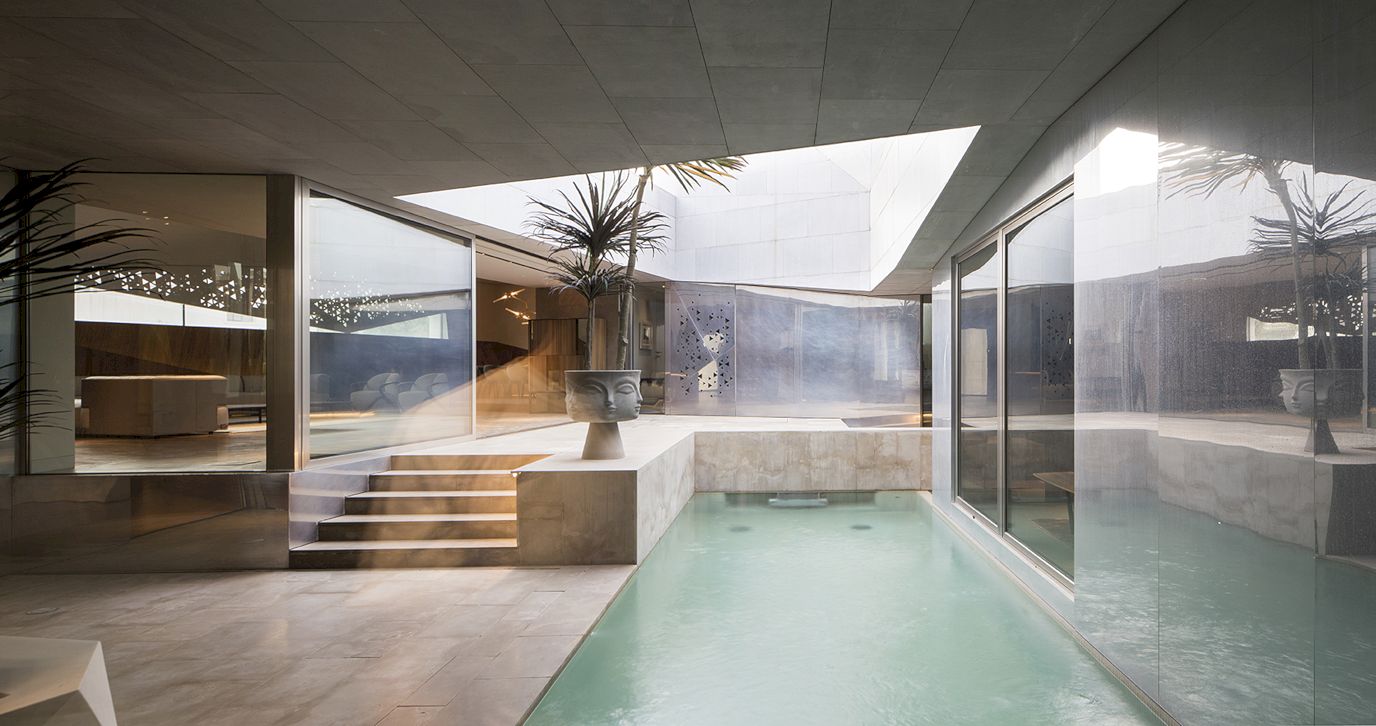 The overall concept was taken inspiration from a rock which then taken into real life with folded and bolstered concrete structure which wheels on itself continuously. 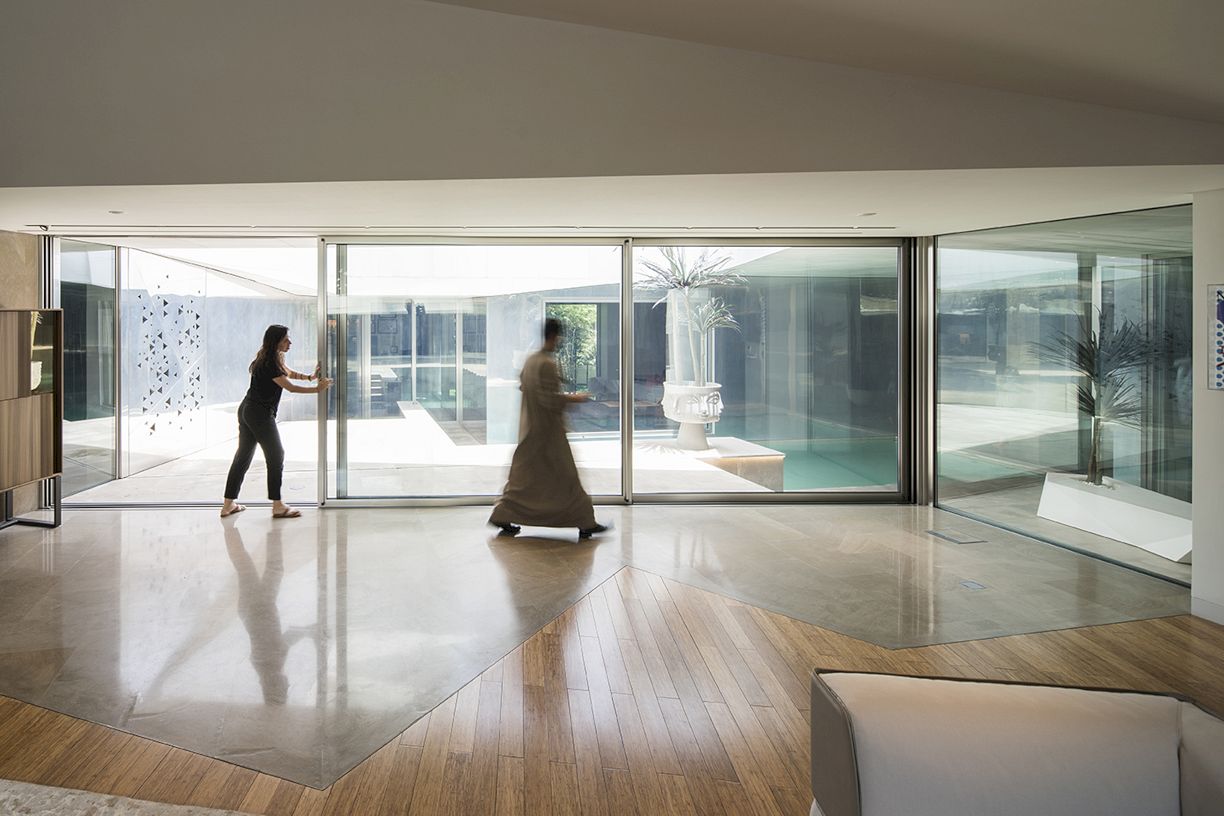 AGi architects, the firm created by the architects Joaquín Pérez-Goicoechea and Nasser B. Abulhasan, was in charge of the construction of Rock House. 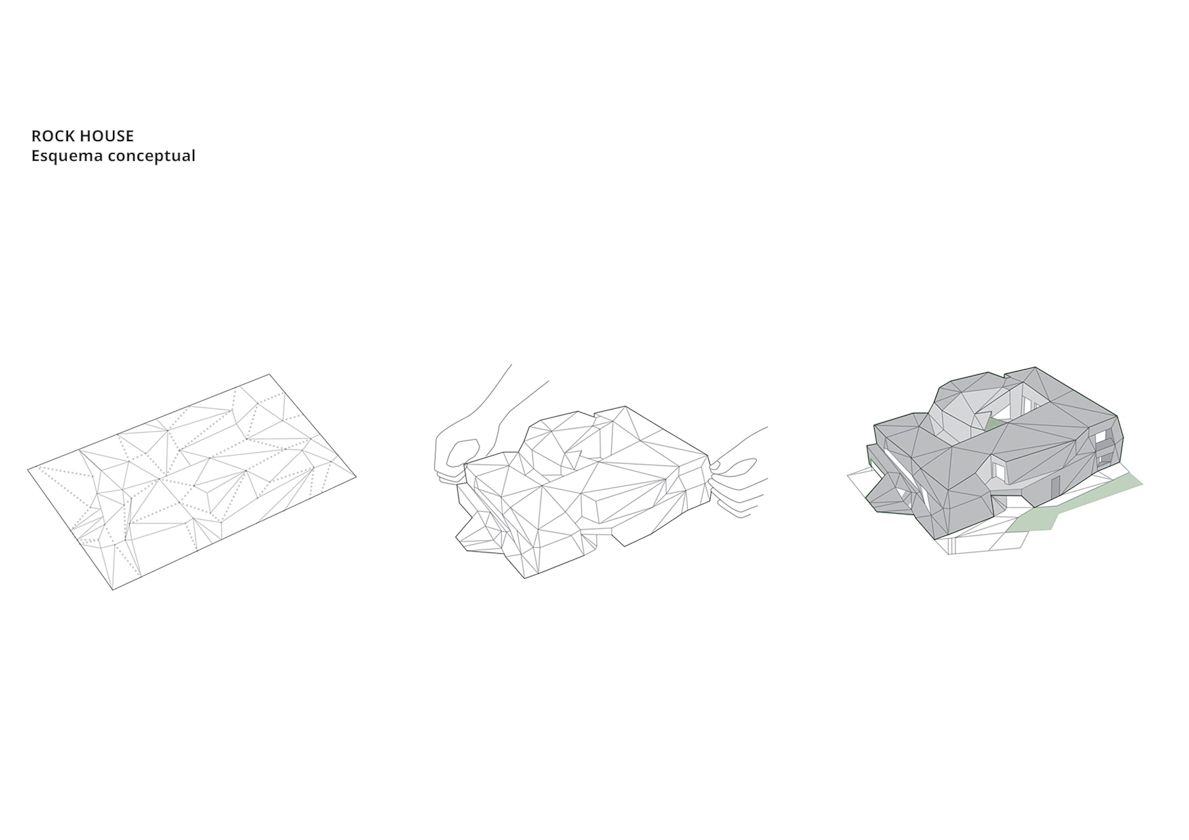 With offices in Madrid and Kuwait, the firm’s condition was that the building, located on a corner lot, provide absolute privacy to its inhabitants and, at the same time, become a distinctive element of the neighborhood’s landscape.