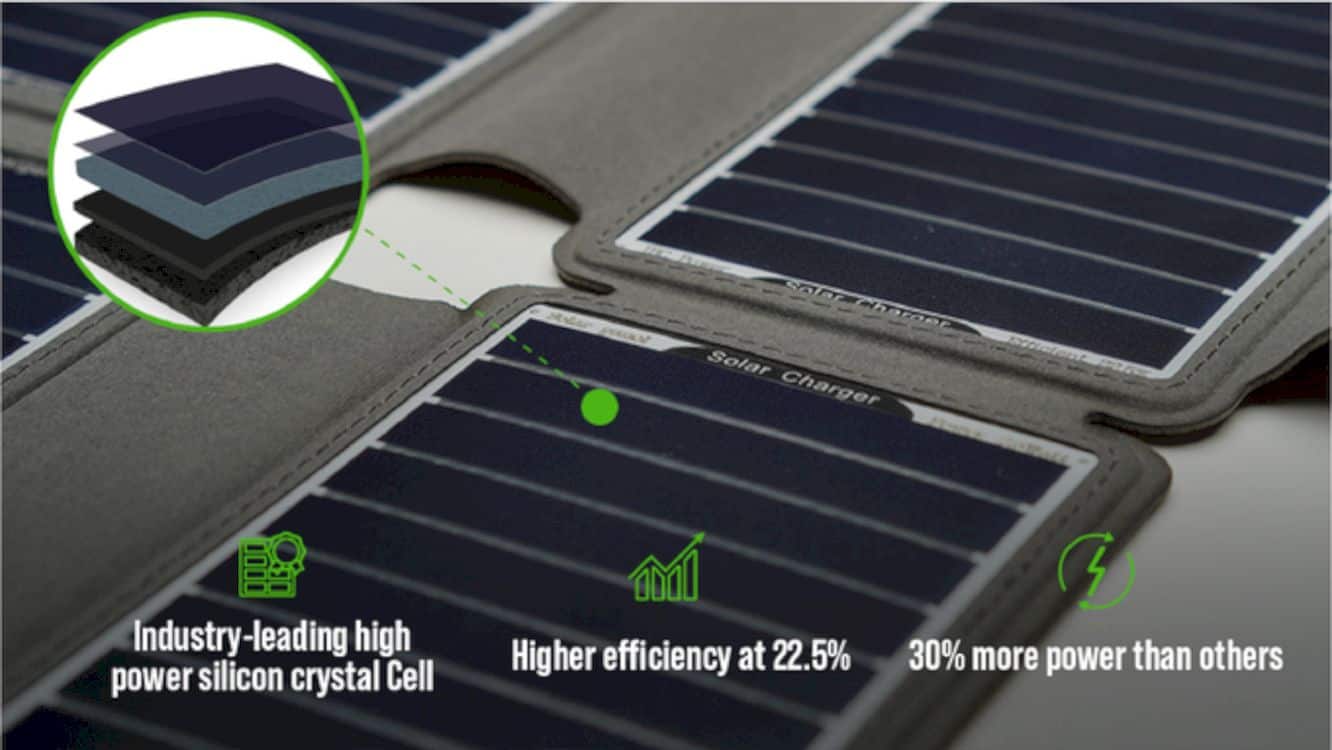 SolarBar is available for $69 on Kickstarter where you will get the SolarBar set which included 4 panels, 3-in-1 bulit-in cables, and removable power bank.

Nowadays, a power bank is one of the things that is a must for lots of people to help charge their smartphones and tablets anywhere and anytime. But there are times where you forgot to recharge the power bank. For this reason, a startup from the United States has just developed an innovation in the form of a solar power bank called SolarBar. 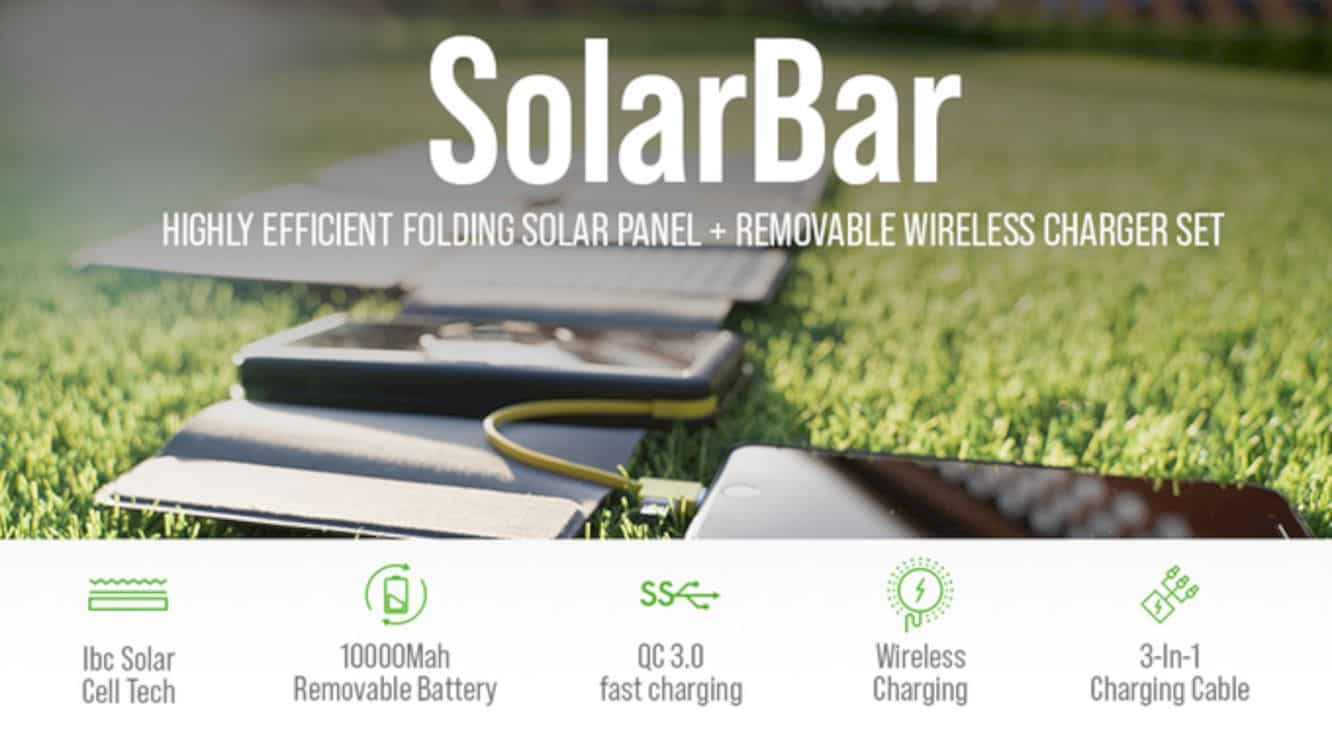 At first glance, SolarBar has 4 or 8 Solar panels that are able to absorb the energy from sunlight which is then converted into electrical power needed as a power bank so that it can be channeled to mobile devices, such as smartphones and tablets.

The SolarBar is also equipped with a 10,000 mAh power bank that can be removed to charge mobile devices from smartphones, tablets, and AirPods. 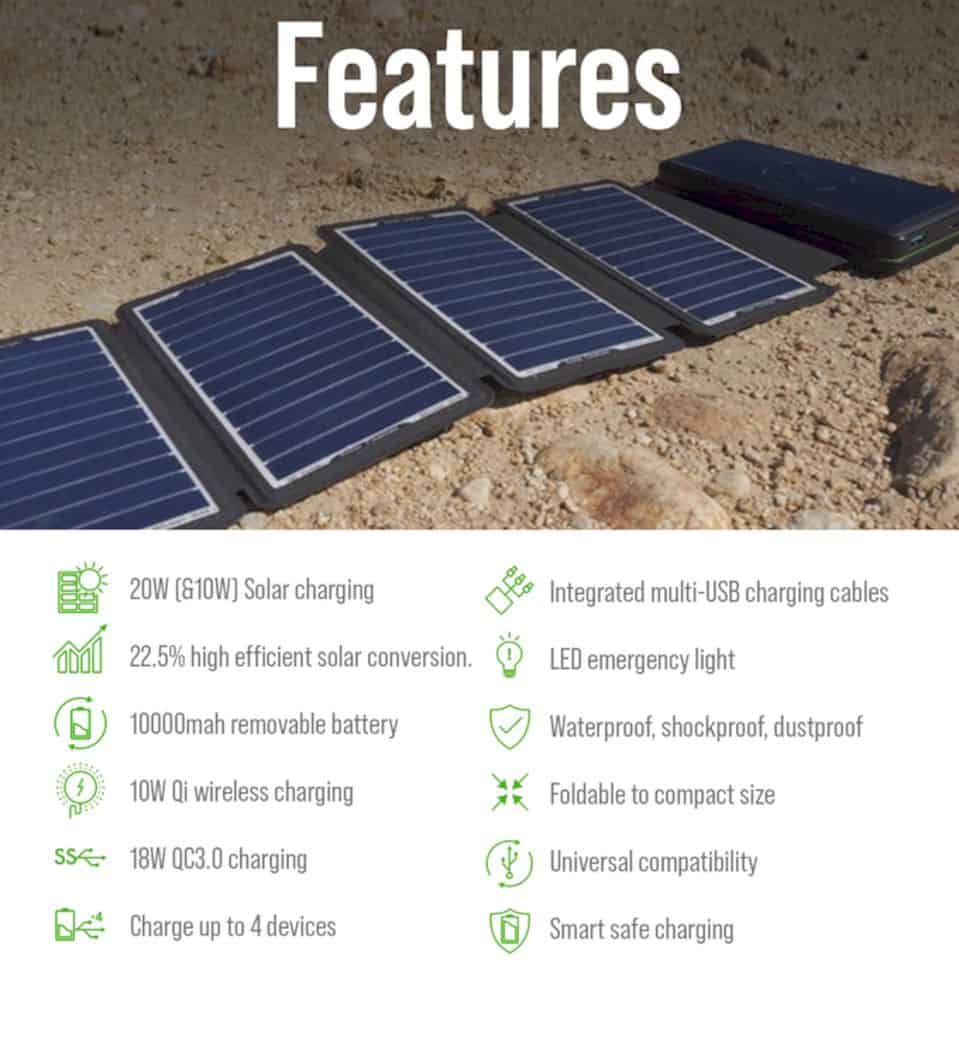 With the help of 4 solar panels that have a total of 10W, it allows SolarBar to be able to fully charge its power bank for up to 5 hours. While when the 8 solar panels are combined, the SolarBar will have the power of 20W and the power bank can be recharged fully in 4 hours.

Interestingly, SolarBar is capable of charging up to 4 devices at a time because it is supported by Lightning, USB Type-C, and micro USB cables. There are also the Qi Wireless Charging Mat which was already embedded at the top. 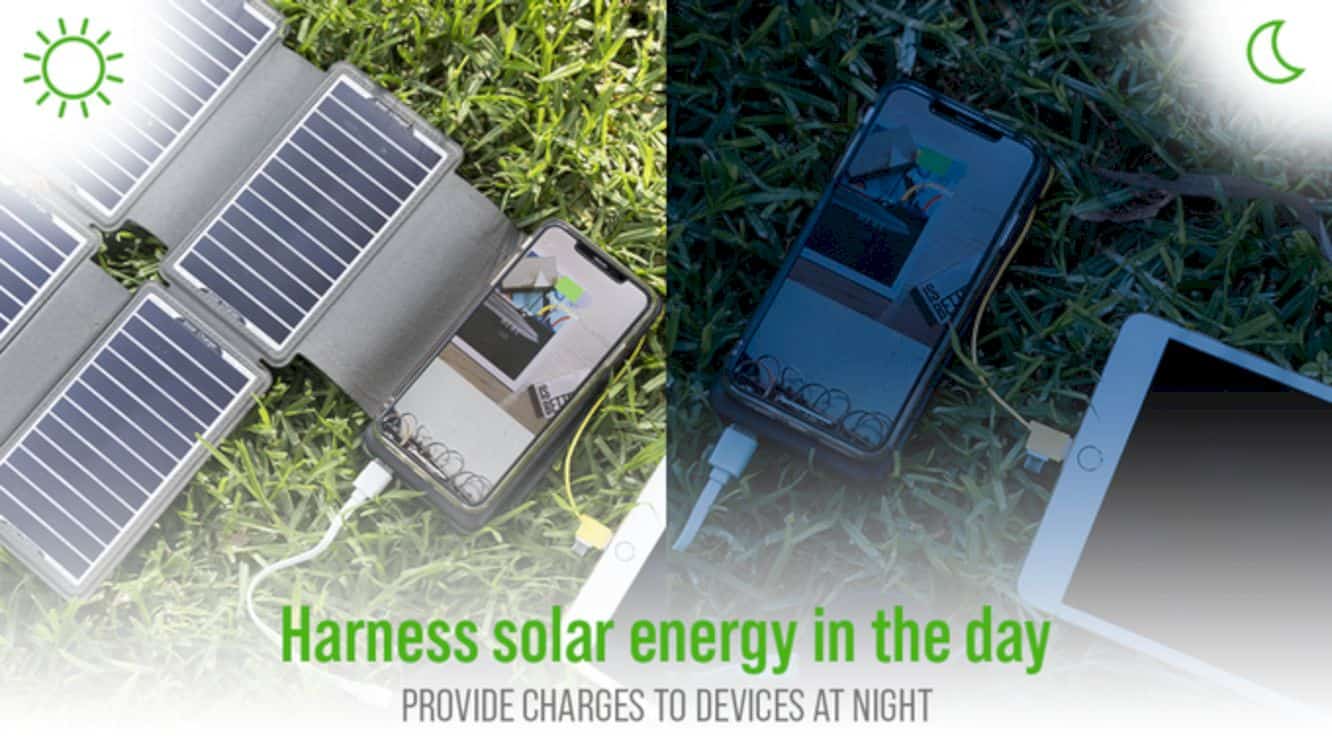 When the users utilize the Qi Wireless Charging panel, the SolarBar can provide 10W of power to charge the smartphone or tablet battery. Meanwhile, it also supports 18W Quick Charge 3.0 technology.

In addition to smartphones and tablets, the SolarBar developer also claims that their solar-powered battery is able to charge GoPro batteries, Kindle, action cameras, drones, speakers, and much more. 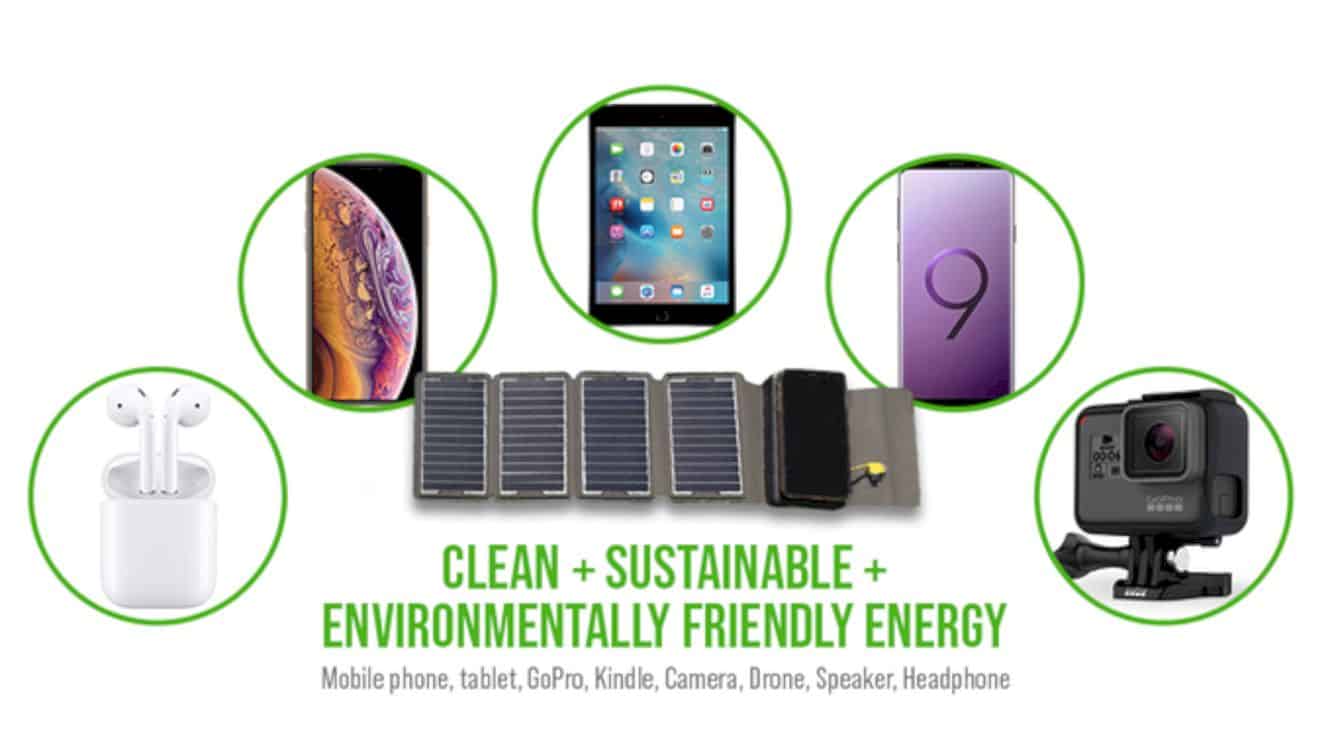 With a weight of 4 solar panels that reached 335 grams and a 340 gram powerbank, SolarBar is practically a mobile product. Moreover, the solar panel can be folded so that the dimensions can get even smaller. 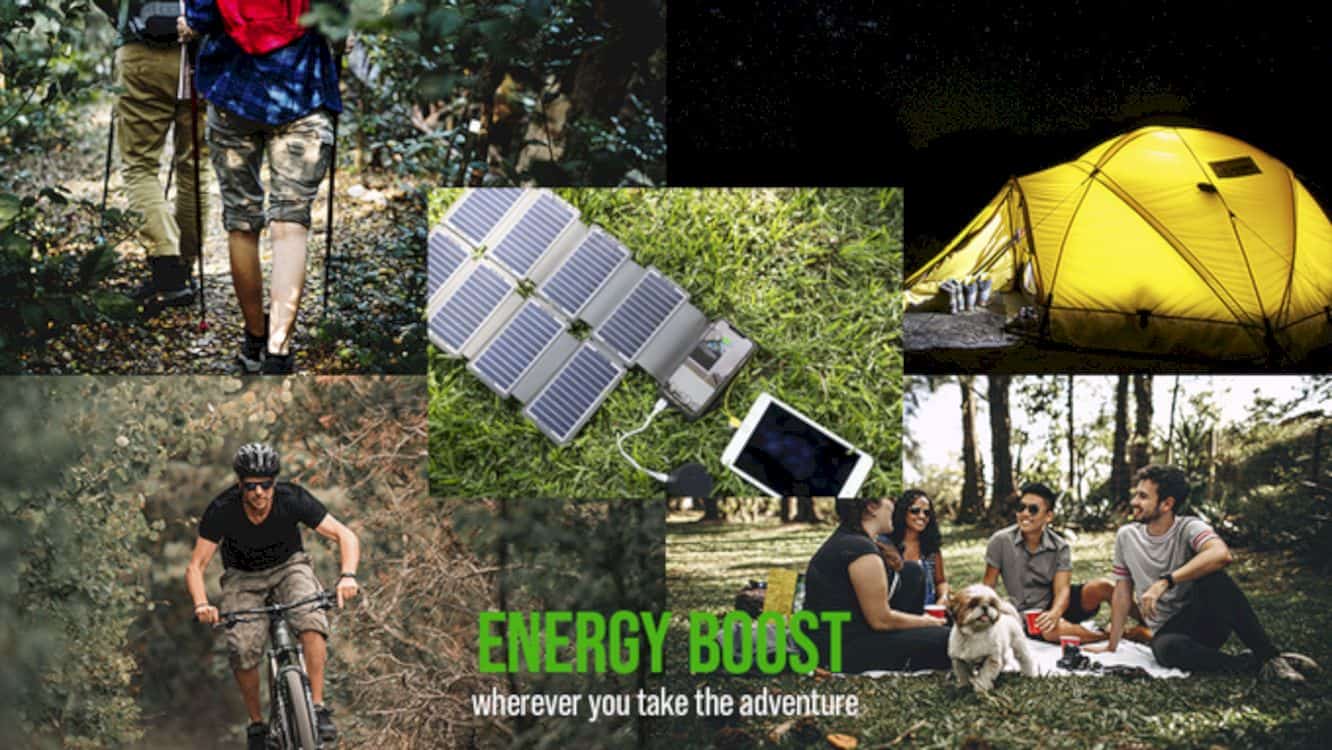 Interestingly, the solar panels on SolarBar are waterproof, dustproof, and scratch-resistant, making it the best company while traveling out to mountains, deserts, and valleys.

SolarBar is available for $69 on Kickstarter where you will get the SolarBar set which included 4 panels, 3-in-1 bulit-in cables, and removable power bank. 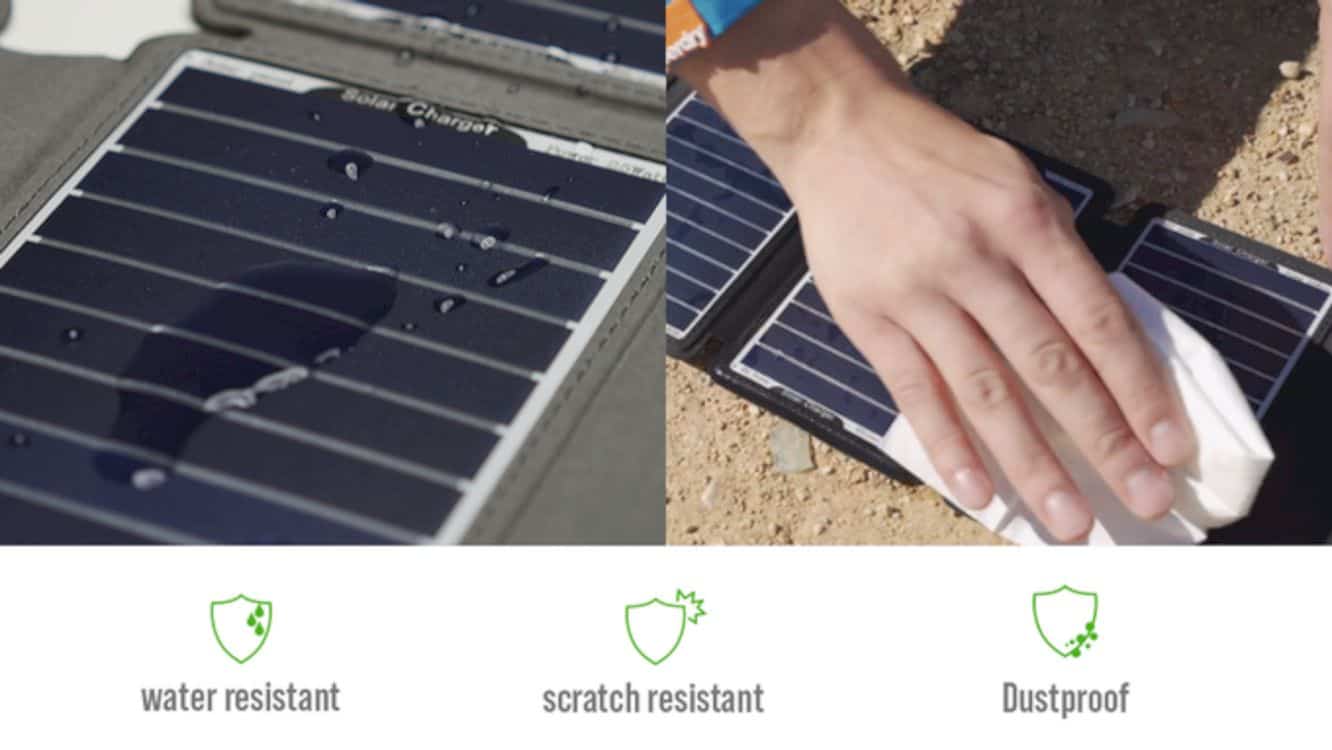 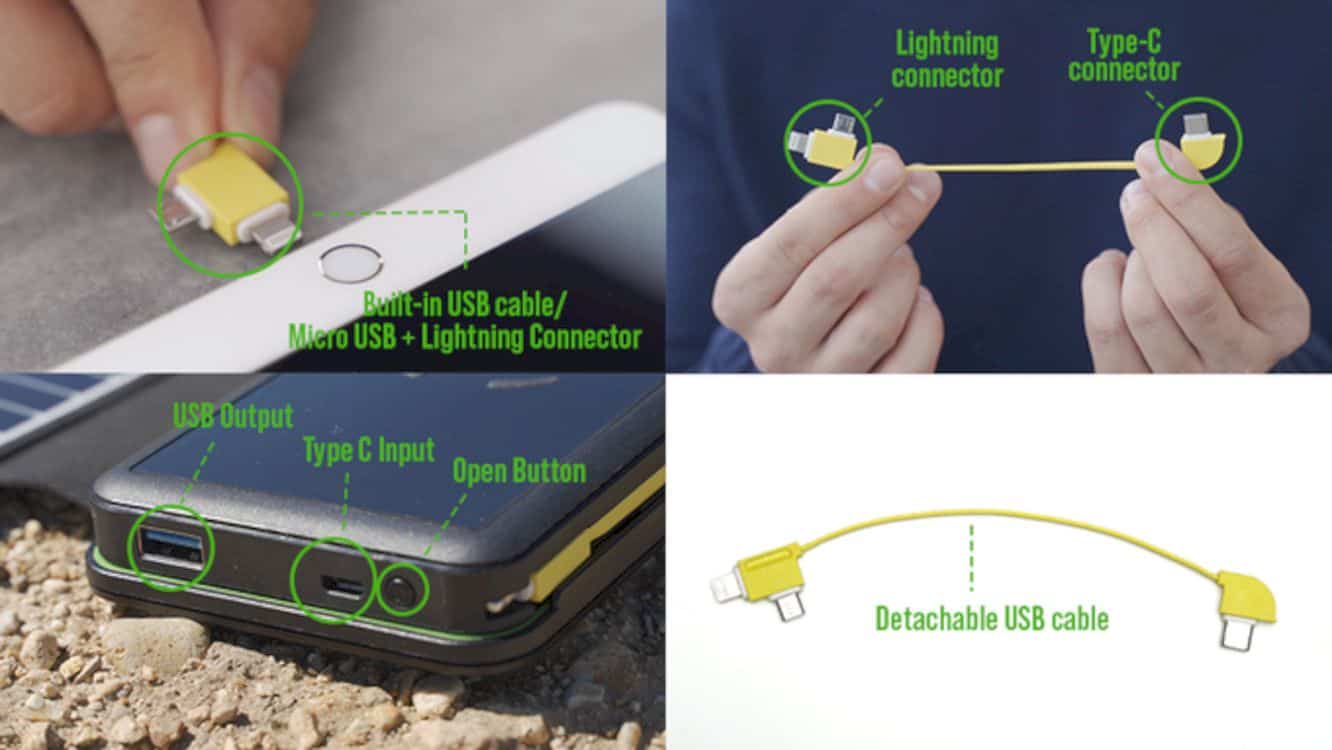 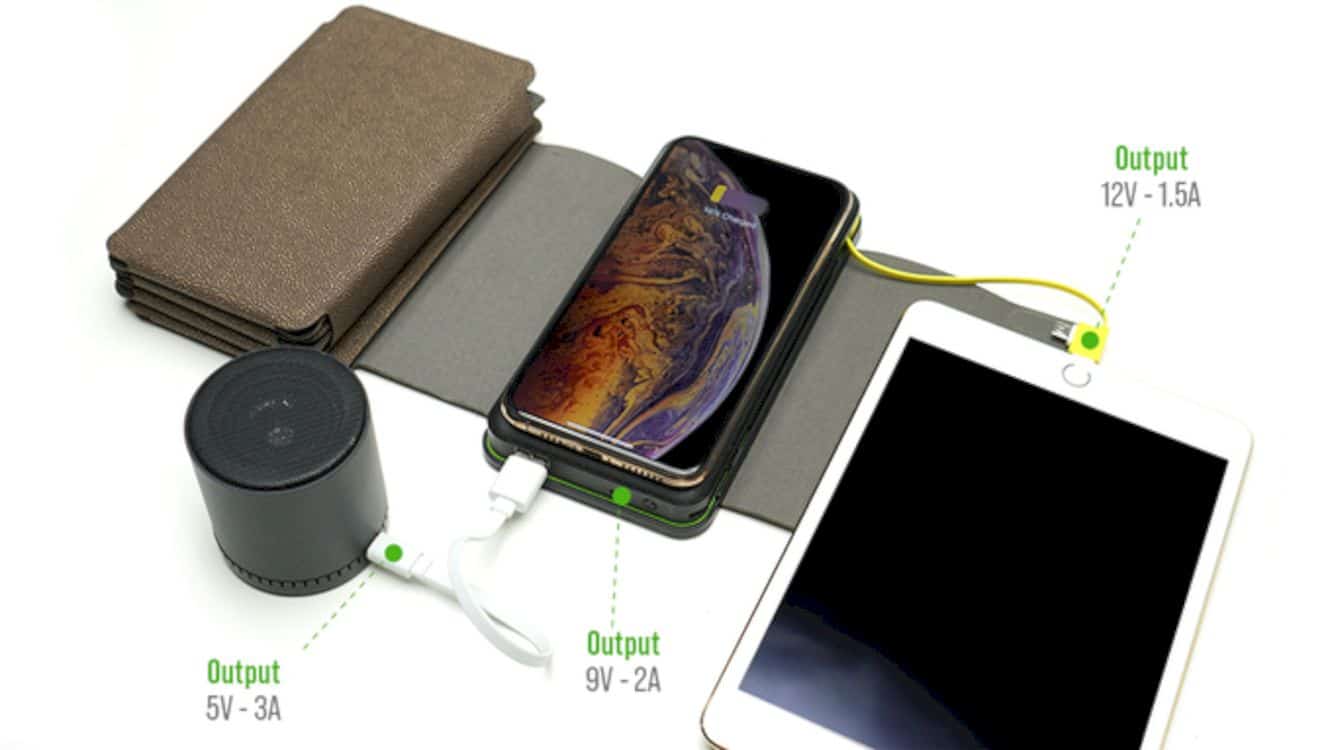 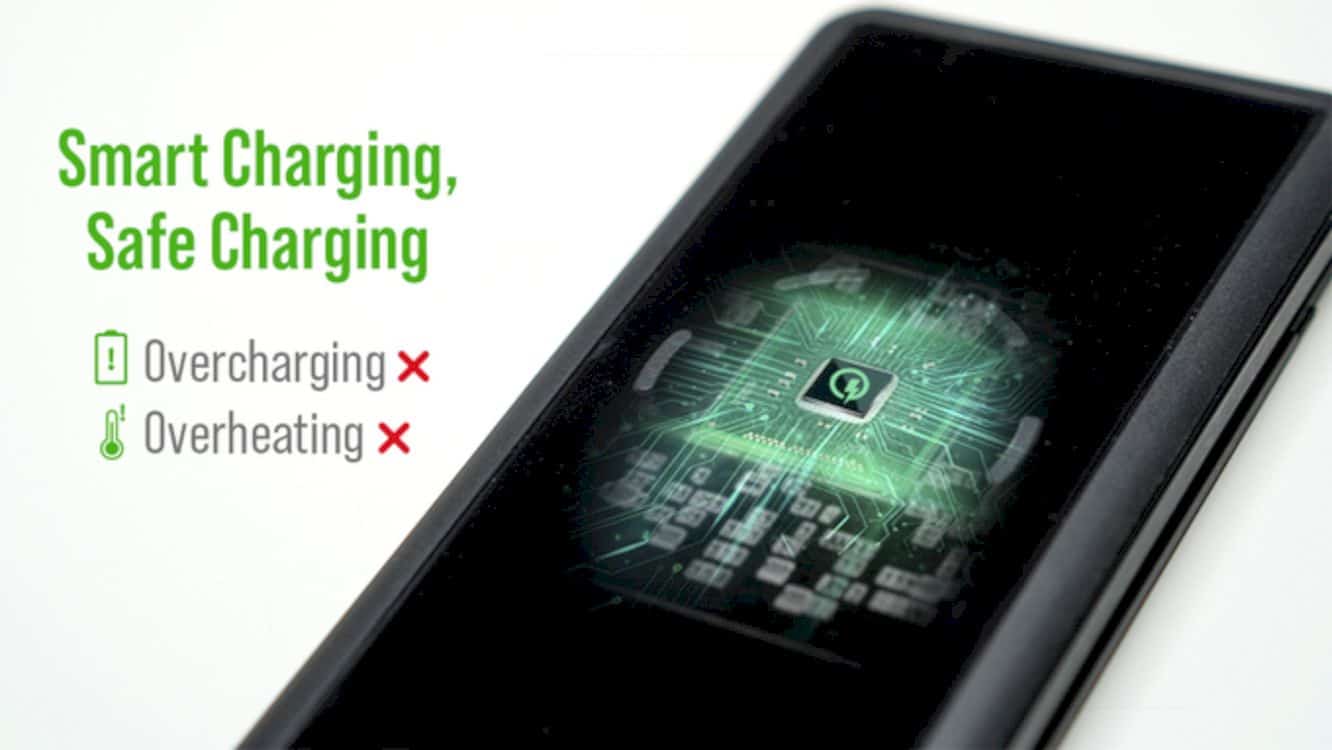 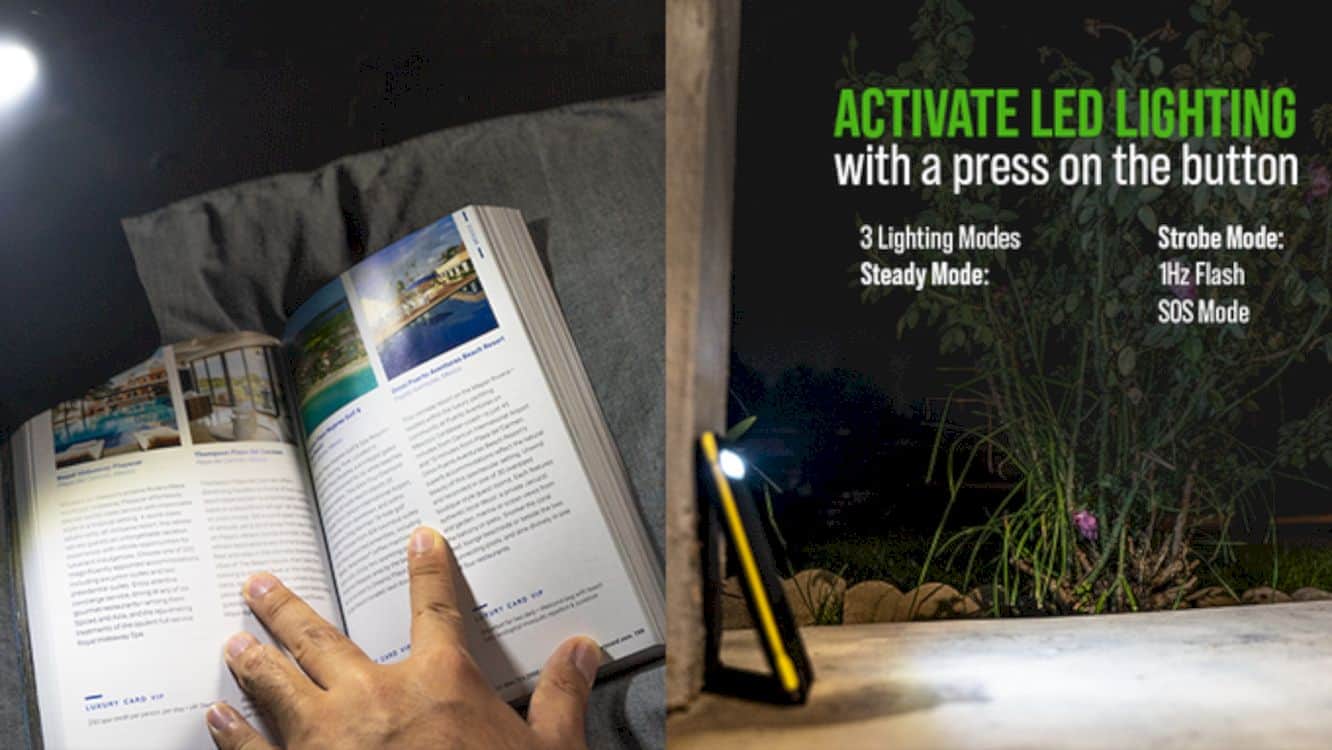