The Italian car manufacturer, Pagani, has released its newest car. The newly released car is the Huayra Roadster BC. The car that is categorized as a hypercar was built with extraordinary construction weighing 1.2 tons which is a WOW.

The super-lightweight is obtained thanks to the use of carbon fiber material on the body, and the chassis that is made from lightweight but sturdy. The duo successfully cut the weight of the car.

The design of the Huayra Roadster BC in a way is still carrying the typical Pagani design language. The first look from the headlights is simply stated the typical model of Pagani which is an oval-shape lamp, with a small size. The front hood uses carbon fiber material, with white and red striping in the middle. 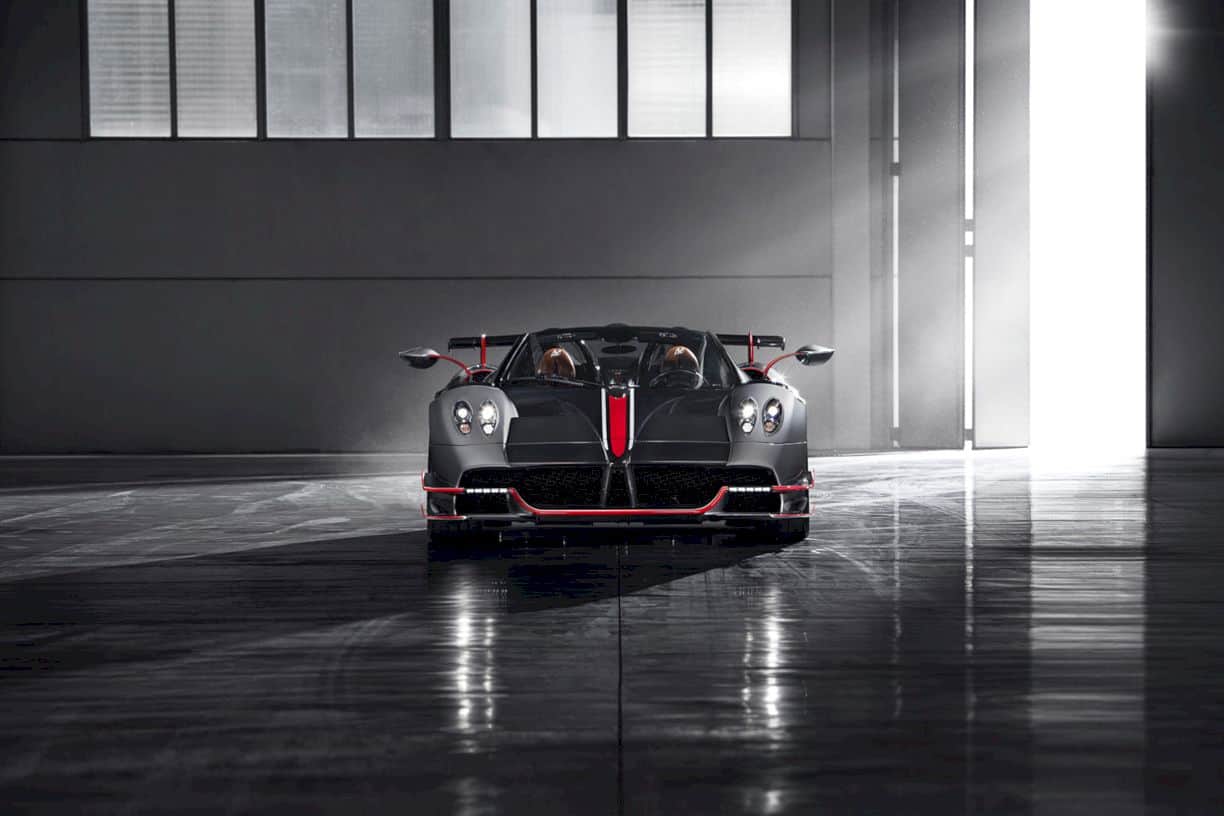 On the bumper, there is a red air splitter, which is intended for the aerodynamics of this car. In addition, there is also a DRL that is made as if it blends with the splitter. The body has a sharp streamline, which is part of the car’s aerodynamics. At the bottom, there is a carbon fiber side skirt with a fairly dynamic shape. 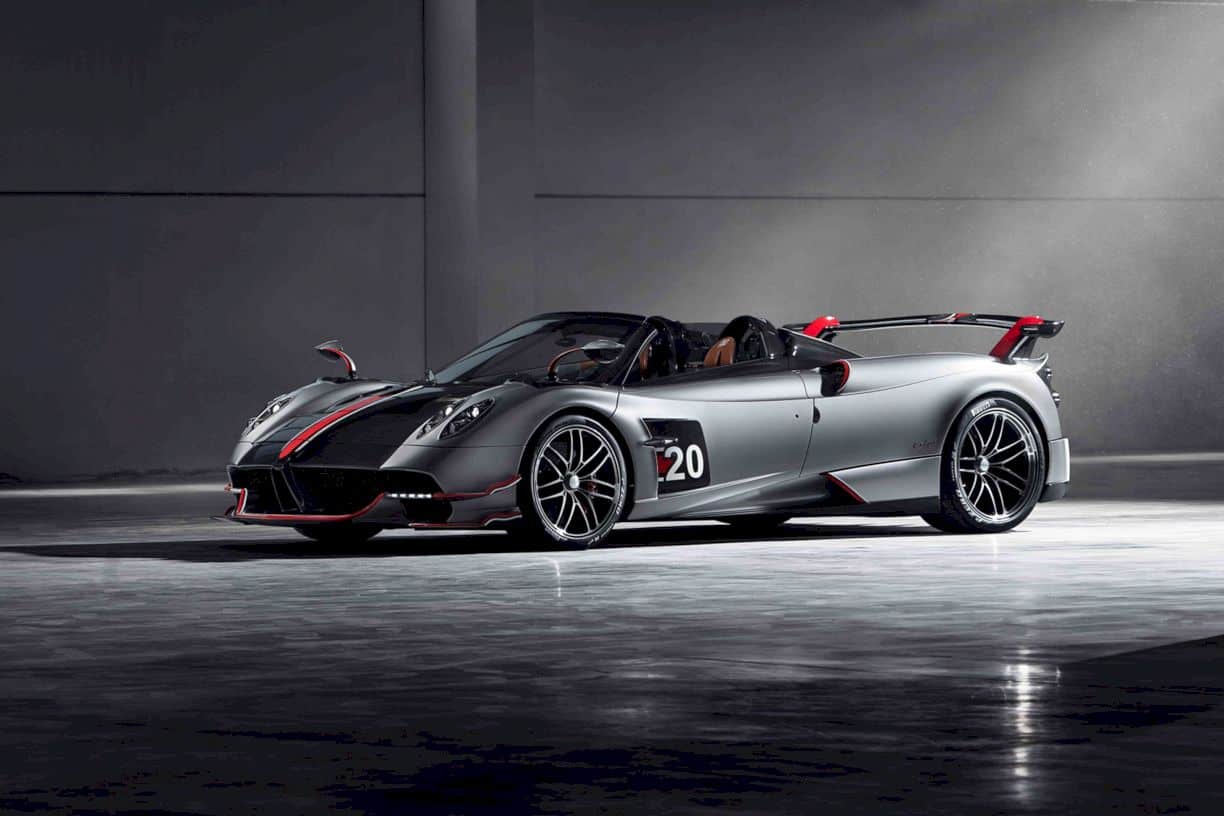 The Pagani Huayra Roadster BC utilizes a crossbar design rim, measuring 20 inches in front and 21 inches on the back. All of the tires are supplied by Pirelli on the series P Zero Trofeo R size 265/30 R20 at the front, and size 355/25 R21 at the rear. 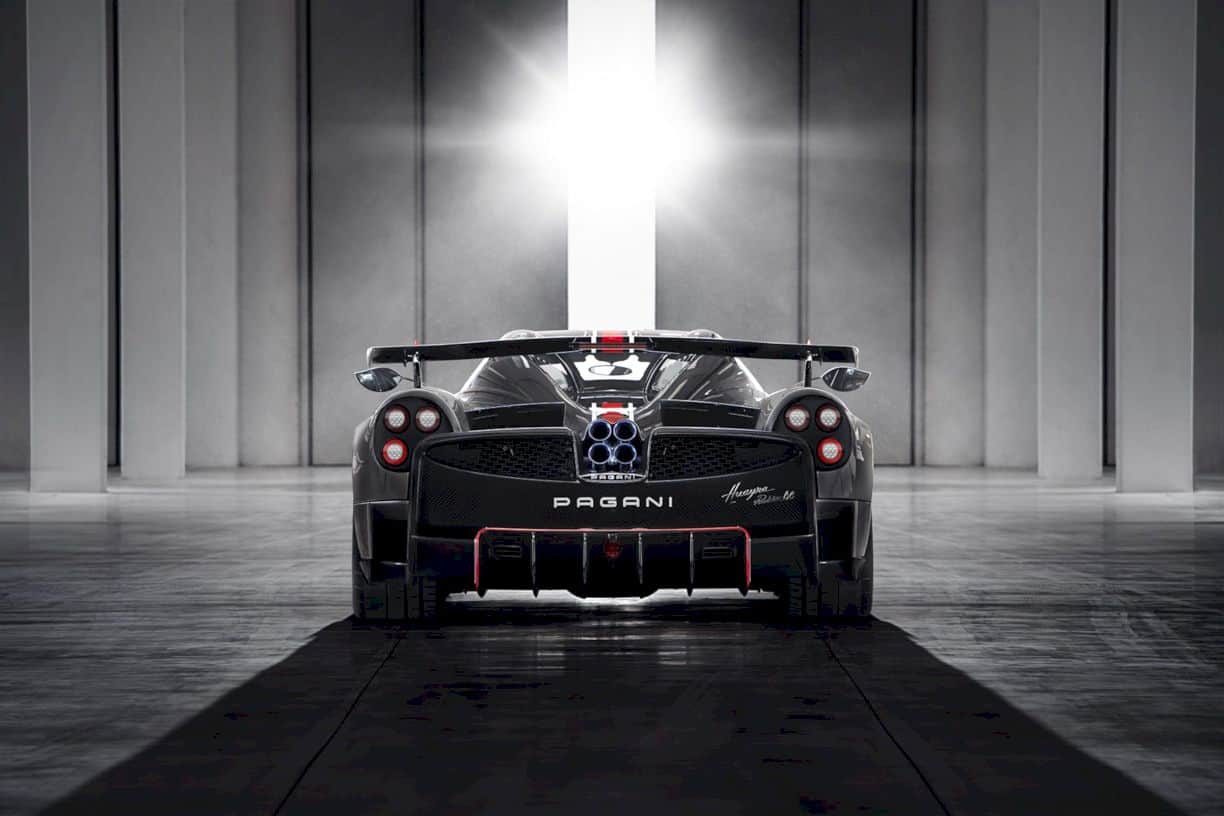 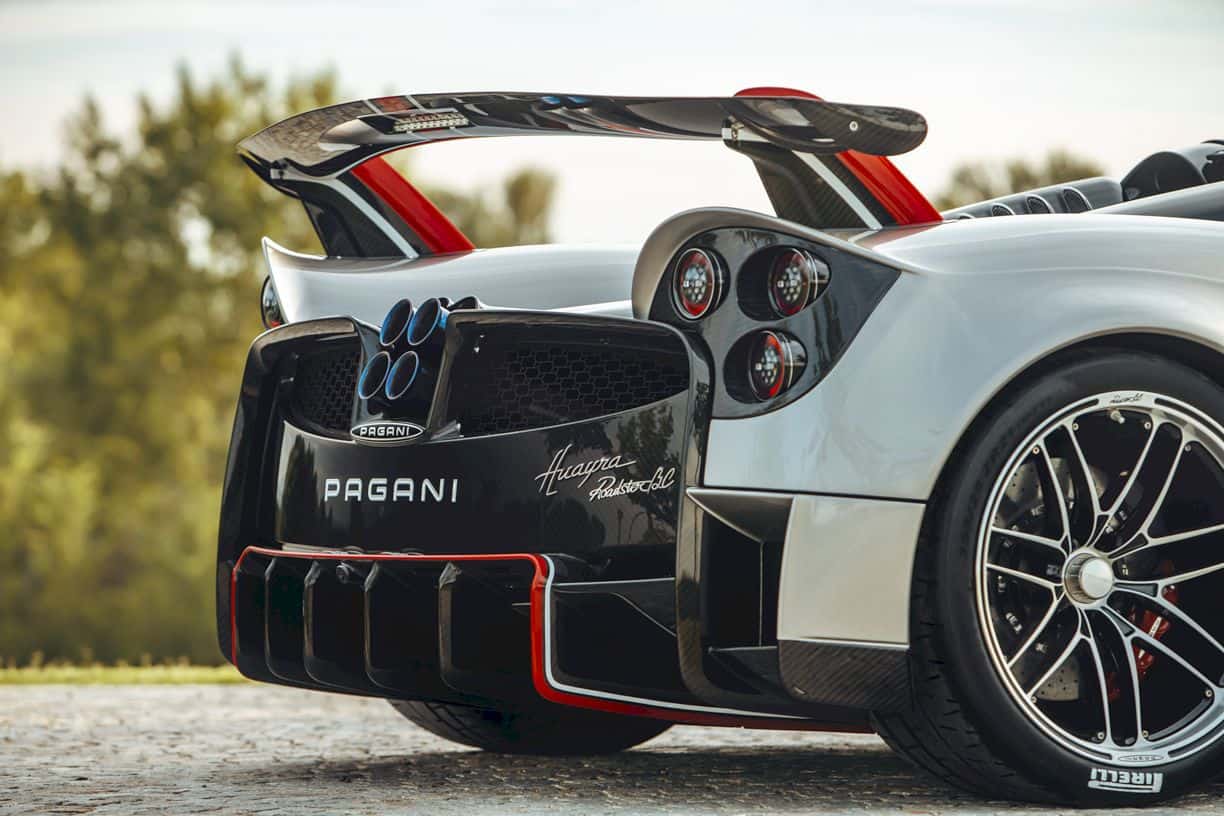 The stern of the Pagani Huayra Roadster still retains its characteristics, with four mufflers in the middle. The total three pieces of round taillights on each side is closing the statement of the latest Italian-made hypercar. 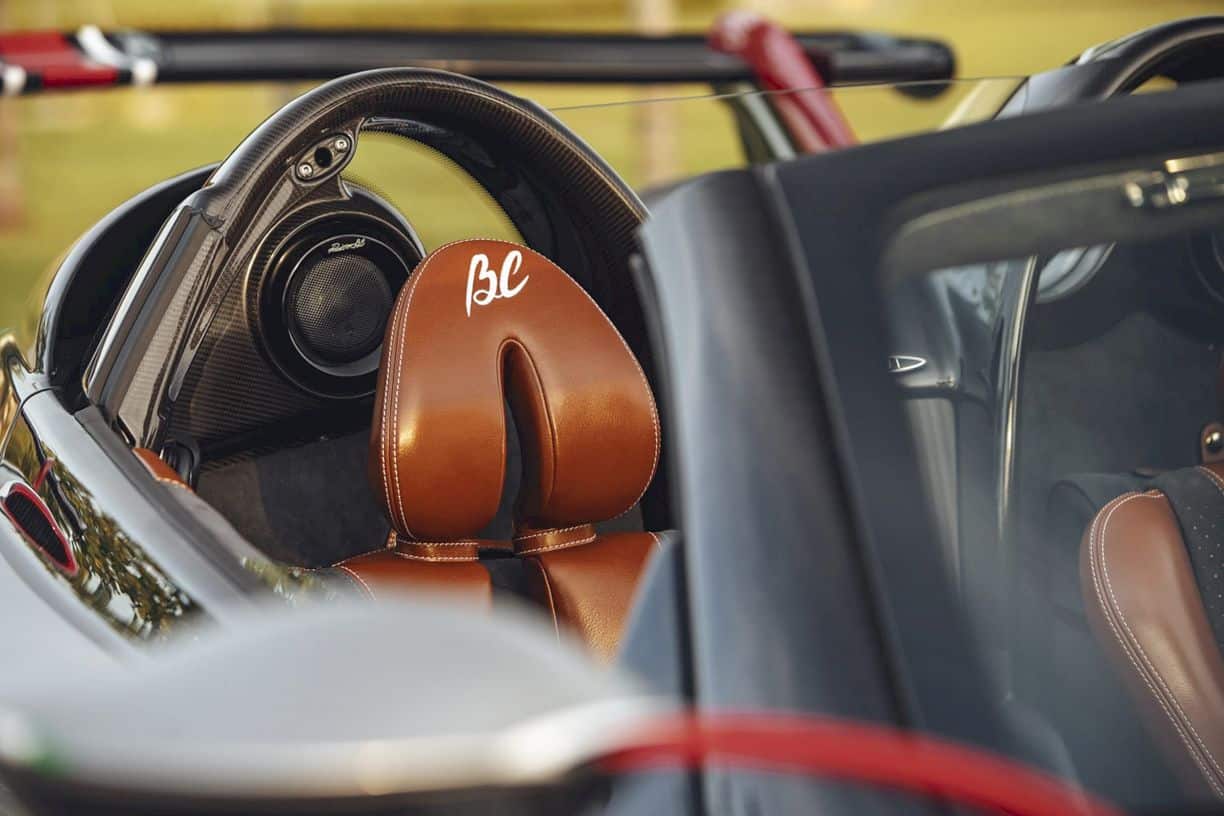 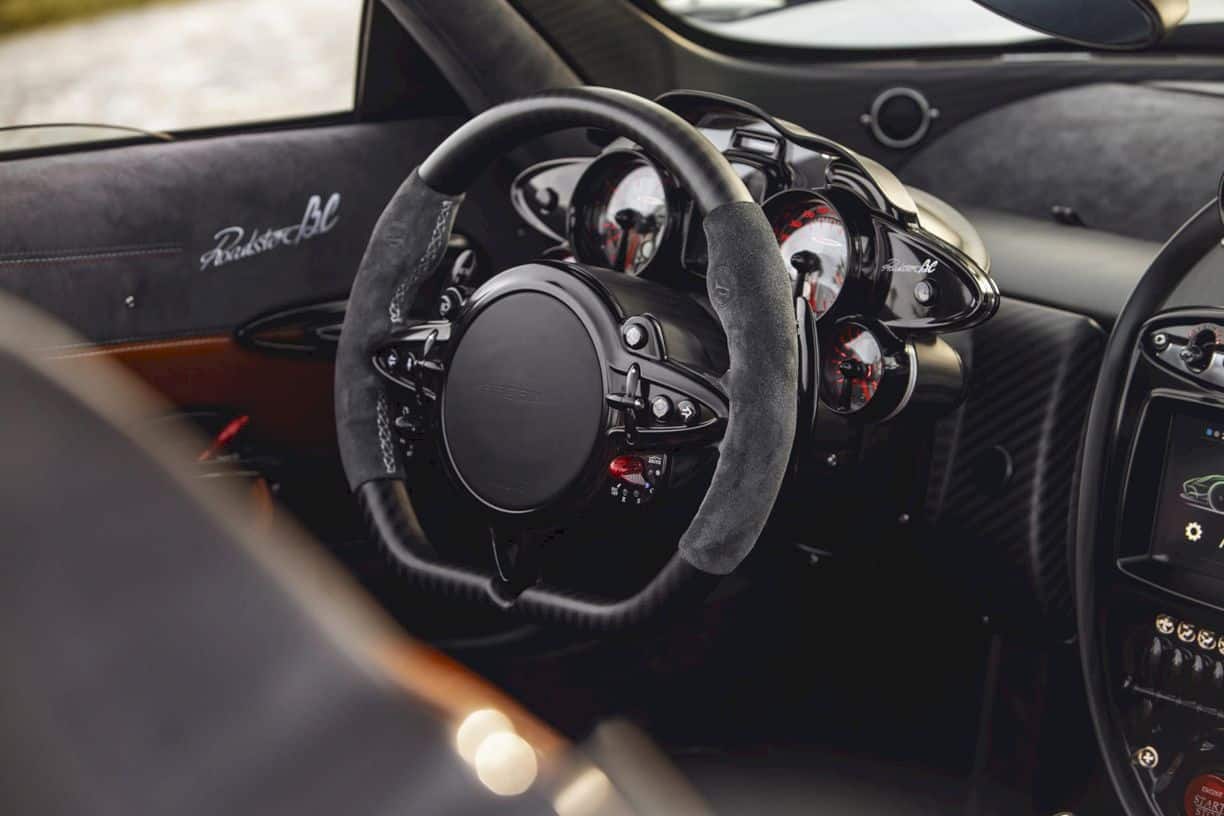 The car’s interior adheres to a sporty design of the exterior. In a way, the inside of the Pagani Huayra Roadster BC combined and elements of art with modern tech. One quick glance and you will see the wood color accents that combined with carbon and leather. 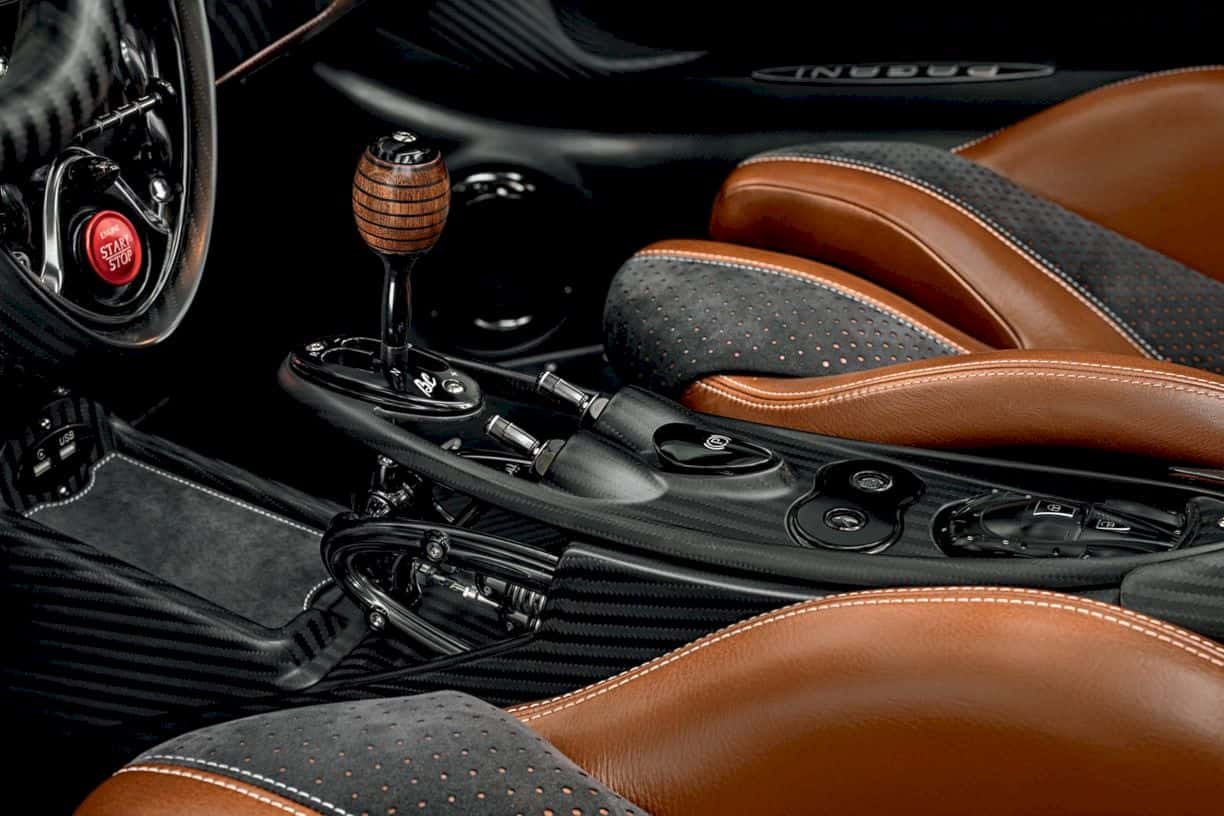 The use of racing-style mechanisms such as four-point seat belts and sport design seats complement the overall tone of the car. The audio system of the Pagani Huayra Roadster BC relies on 9 speakers, which are scattered throughout the cabin. 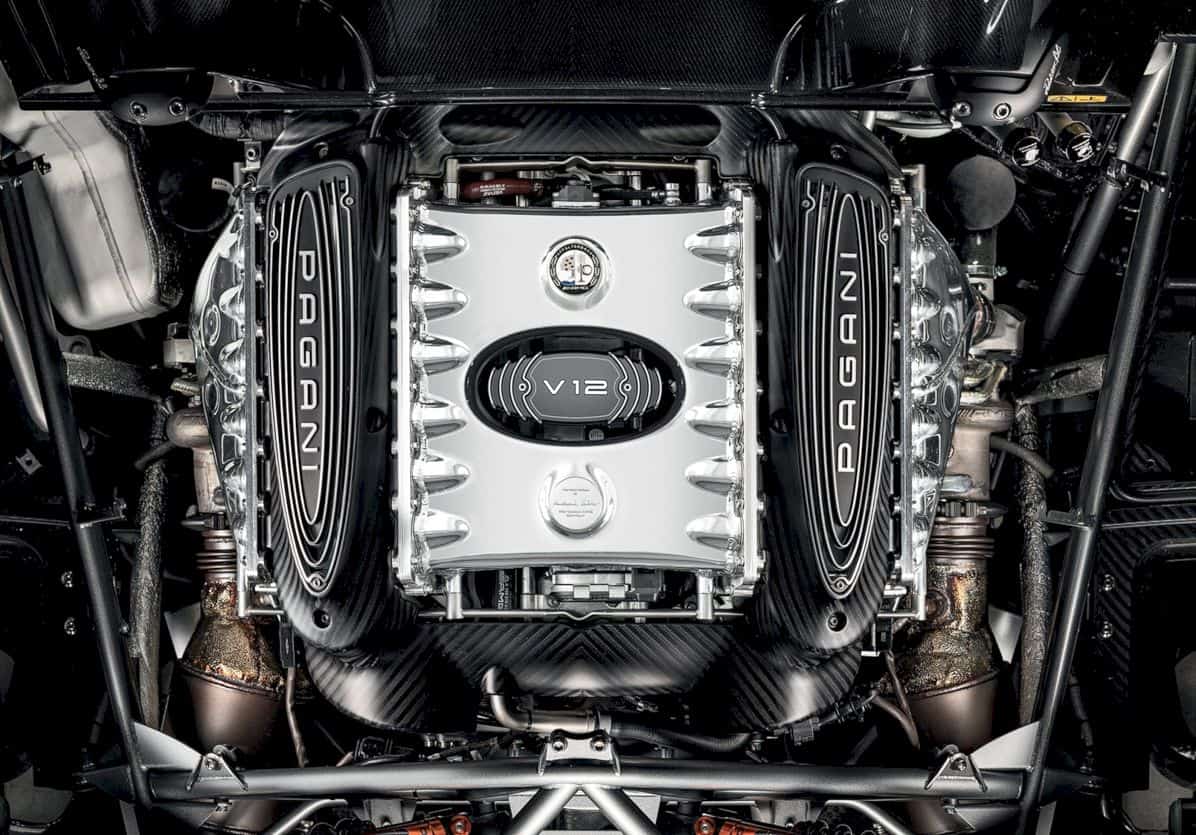 Under the hood, the hypercar relies on a V12 engine configured with a capacity of 6,000 ccs. This engine was developed by Mercedes-AMG specifically for Pagani.

The Pagani V12 engine features a series of innovations, including two new turbos, a revolutionary hydroformed manifold, twin throttle body, and four air intercoolers. All of this is supported by a sophisticated electronic system designed by Bosch to make full use of its potential. 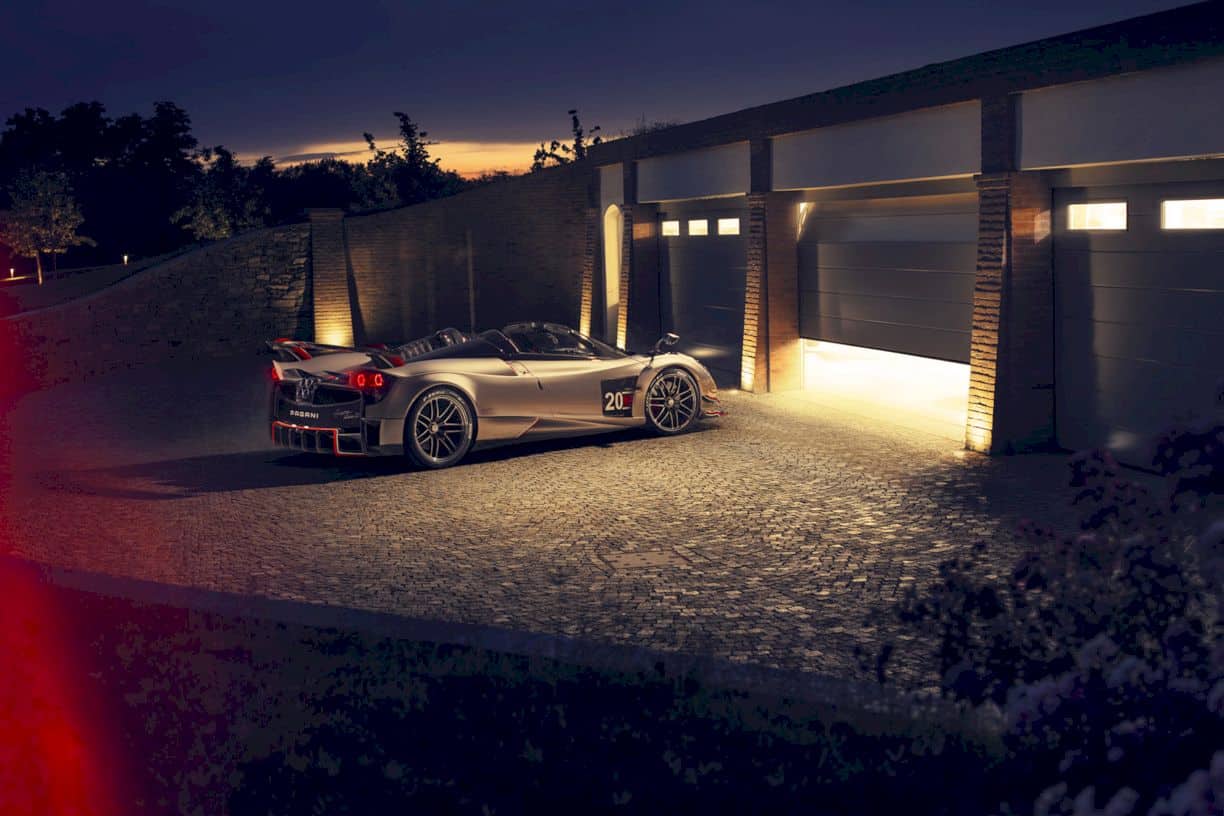 The engine is capable of spraying a maximum power of 800 DK @ 5,900 RPM and a maximum torque of 1,050 Nm @ 5,600 RPM. This power is channeled to the rear wheels via a seven-speed sequential gearbox transverse Xtrac transmission. 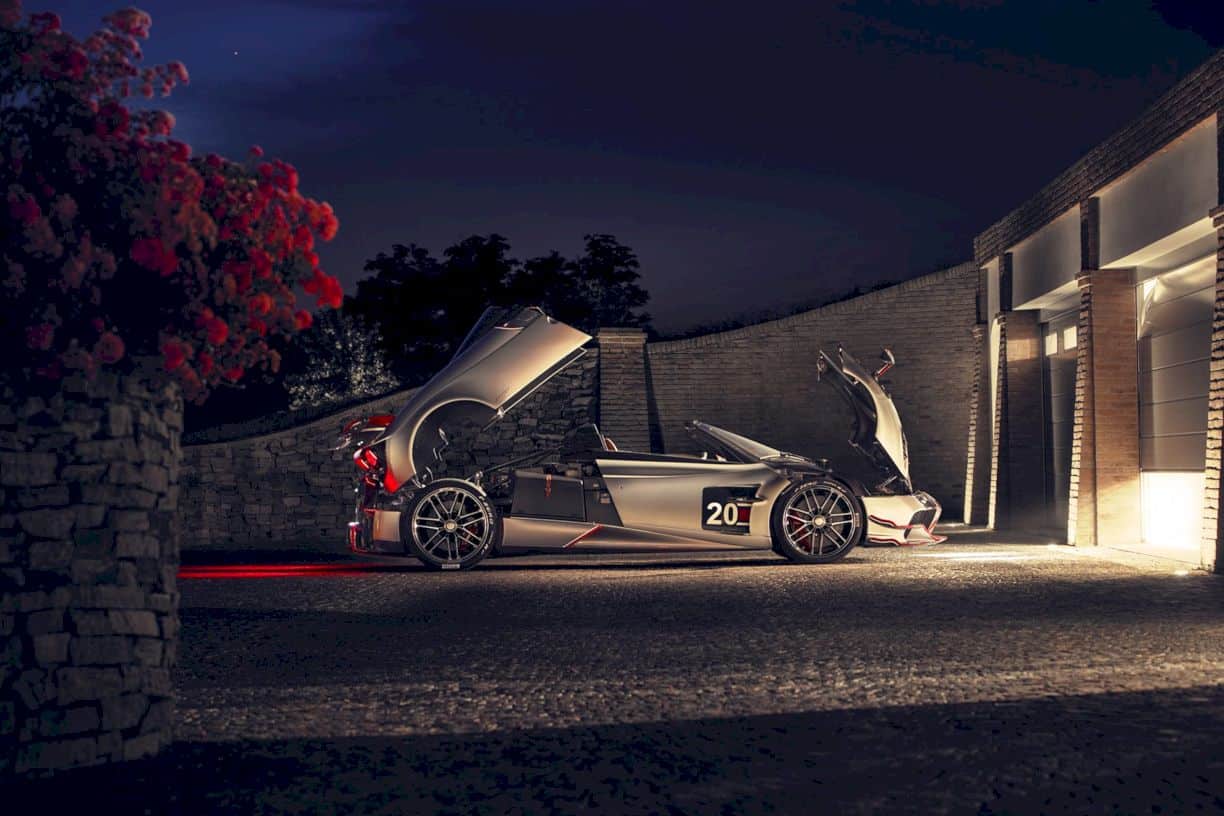 As for the prices, the Pagani Huayra Roadster BC has a super fantastic price. Pagani is pushing its product for the elite one percent as they release the most expensive series production models to date with a price tag of $ 3.5 million.