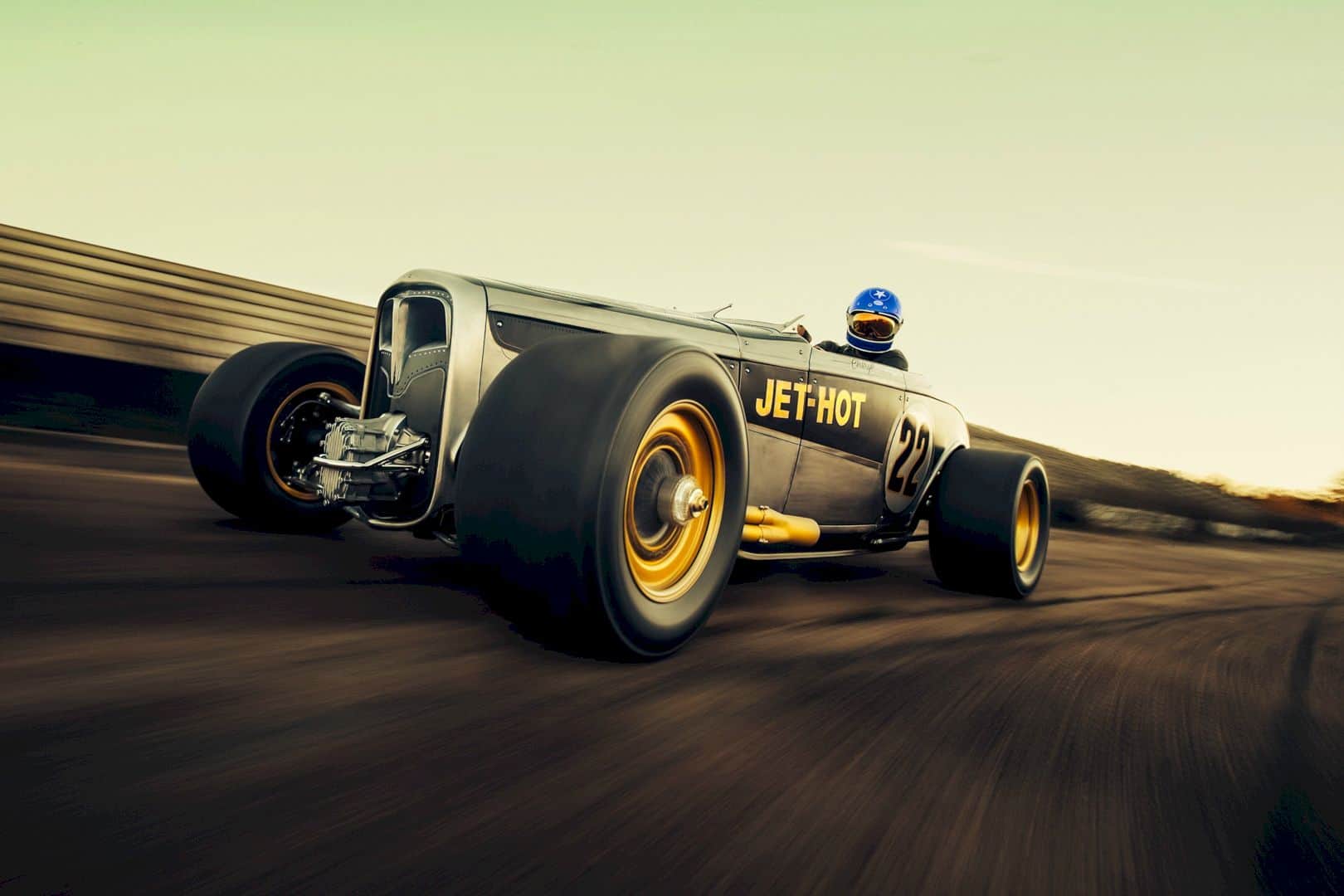 Jet-Hot Double Down: The Most Incredible Hotrod

I doubt that everyone will know the great reputation Lotus, the British manufacturer that is leading in the racing world. That’s why when news about Lotus’s plan to create an electric car, many were impatient waiting for proof of its class and ferocity. 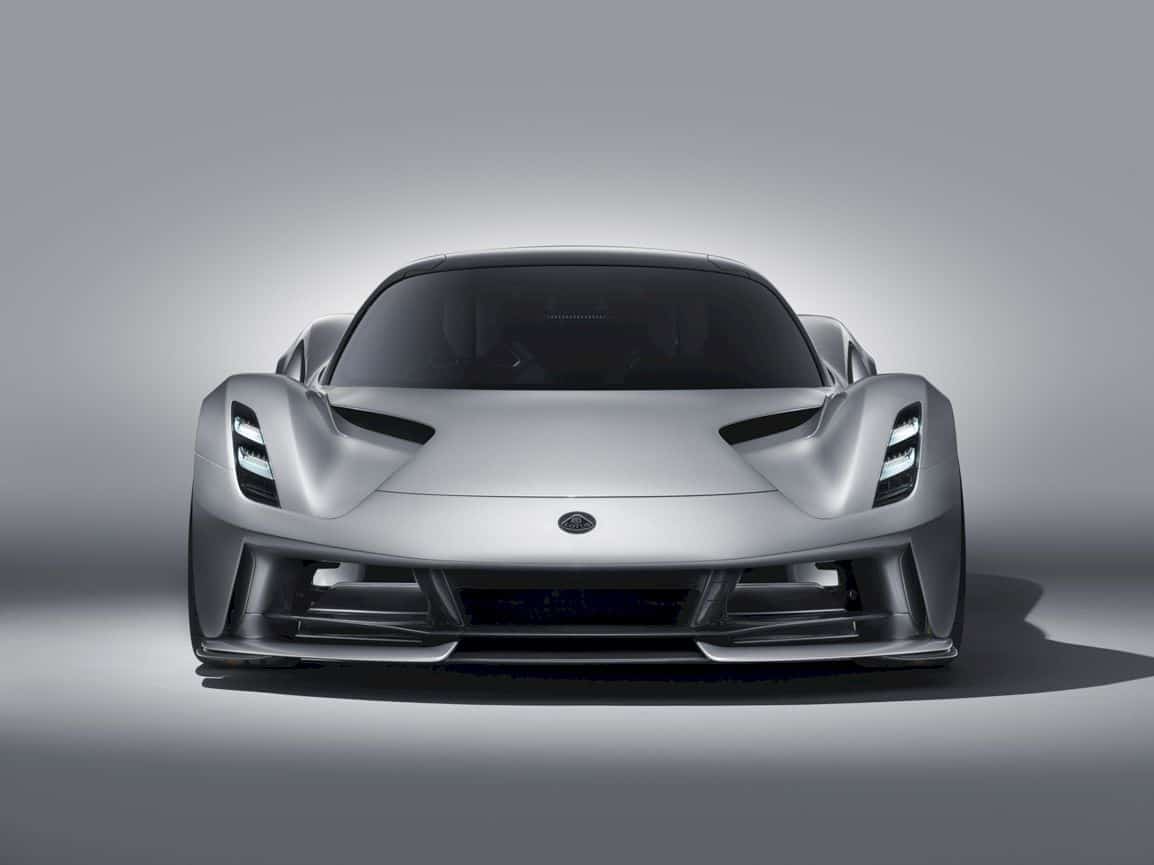 It took quite a long time for the British manufacturer to spoil us with their electric cars but Lotus has just officially unveiled an electric car called Evija that will be categorized in the electric hypercar category, which is expected of Lotus.

In terms of appearance, the Lotus Evija is exotic, mainly thanks to a series of curves and air holes through the body, which according to Lotus was inspired by Le Mans racing cars. The use of carbon fiber monocoque chassis also makes this car the lightest electric hypercar, with weights ranging from 1,680 kilograms. 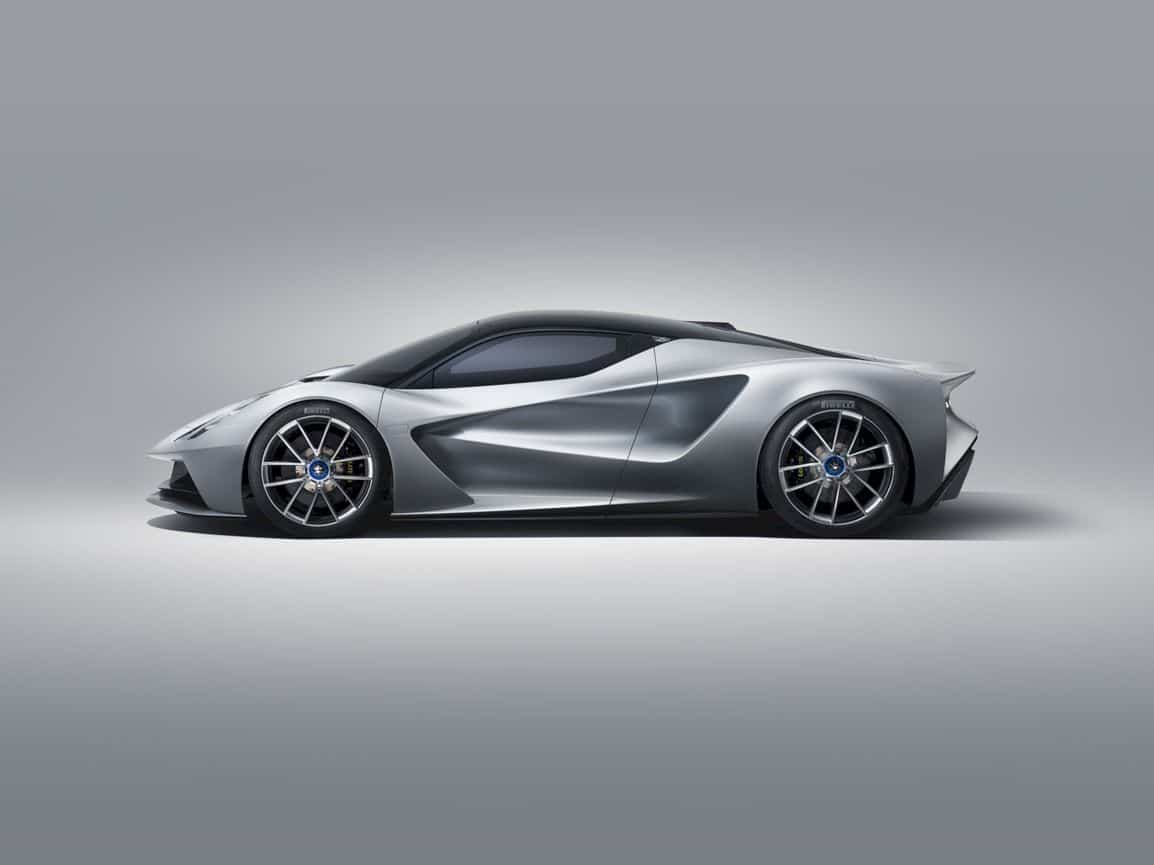 But that is not what we mostly anticipate from Lotus. The performance of the hypercar is the main selling point. Lotus embedded four electric motors with a four-wheel-drive system that can spit an output of 1,972 horsepower and 1,700 Nm of torque. 0-100 km / h is easily reached in less than three seconds. 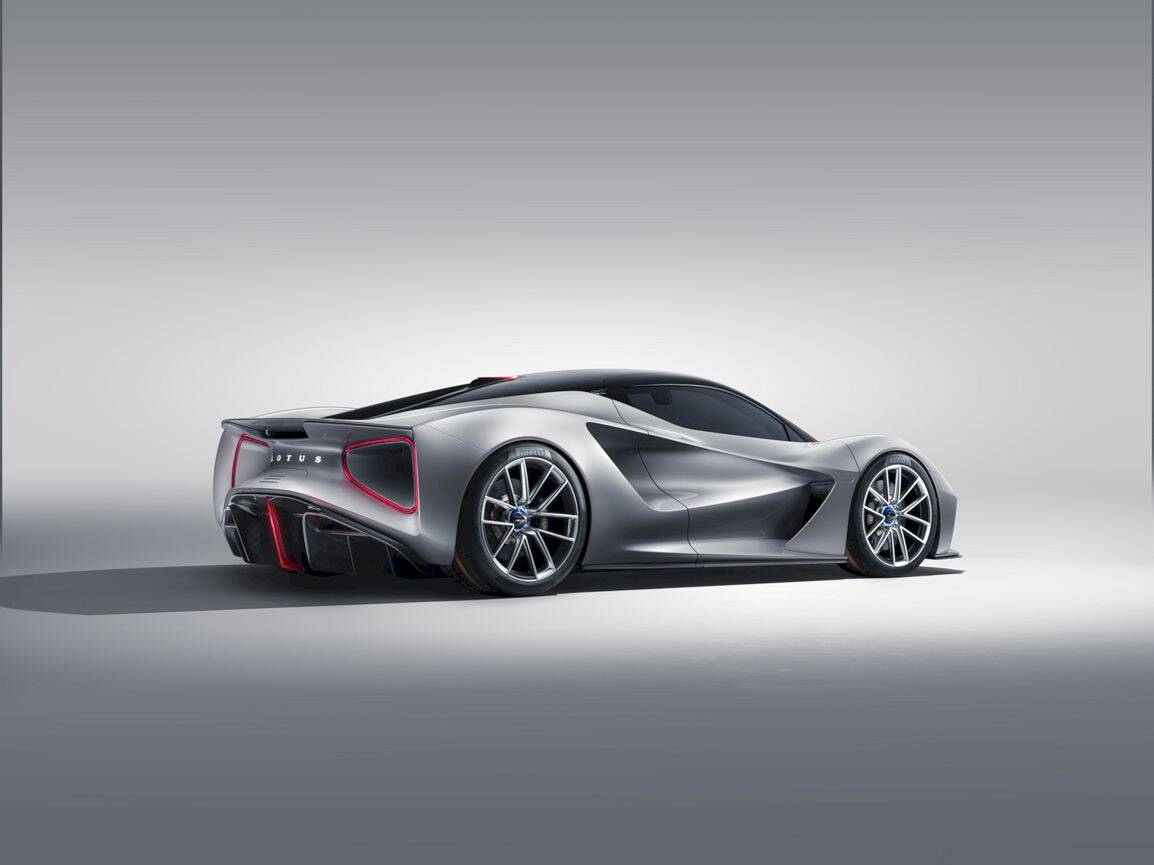 Lotus also claims that Evija can reach the speeds of 300 km / h in less than 9 seconds, which according to Lotus is an achievement among other cars in this class. The top speed itself is still a mystery but according to one leak, this electric hypercar can reach the maximum figure of 320 km/hour. 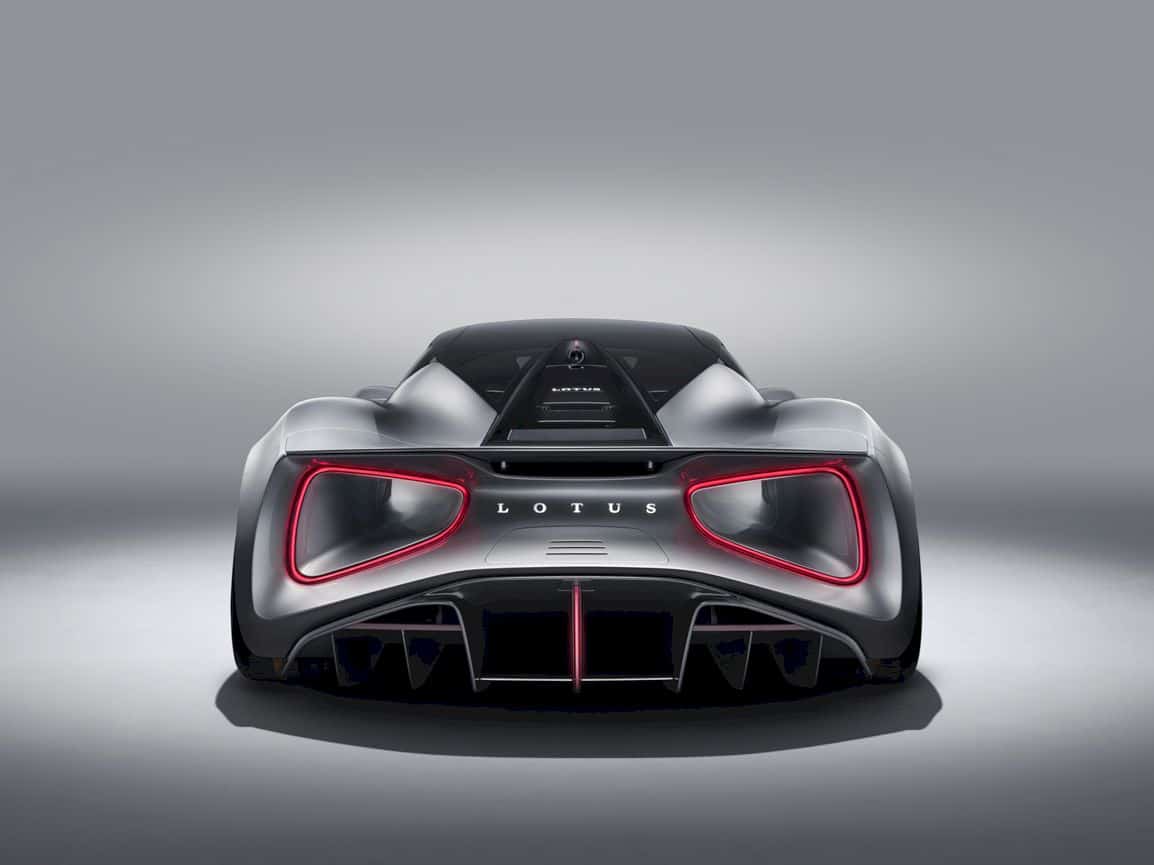 Although the performance was extraordinary, Lotus apparently did not forget about the efficiency. The 70 kWh battery which is embedded behind Evija’s back is intentionally positioned to maintain the hallmark of Lotus cars whose engines are in the middle and able to supply enough energy to travel up to 400 kilometers. 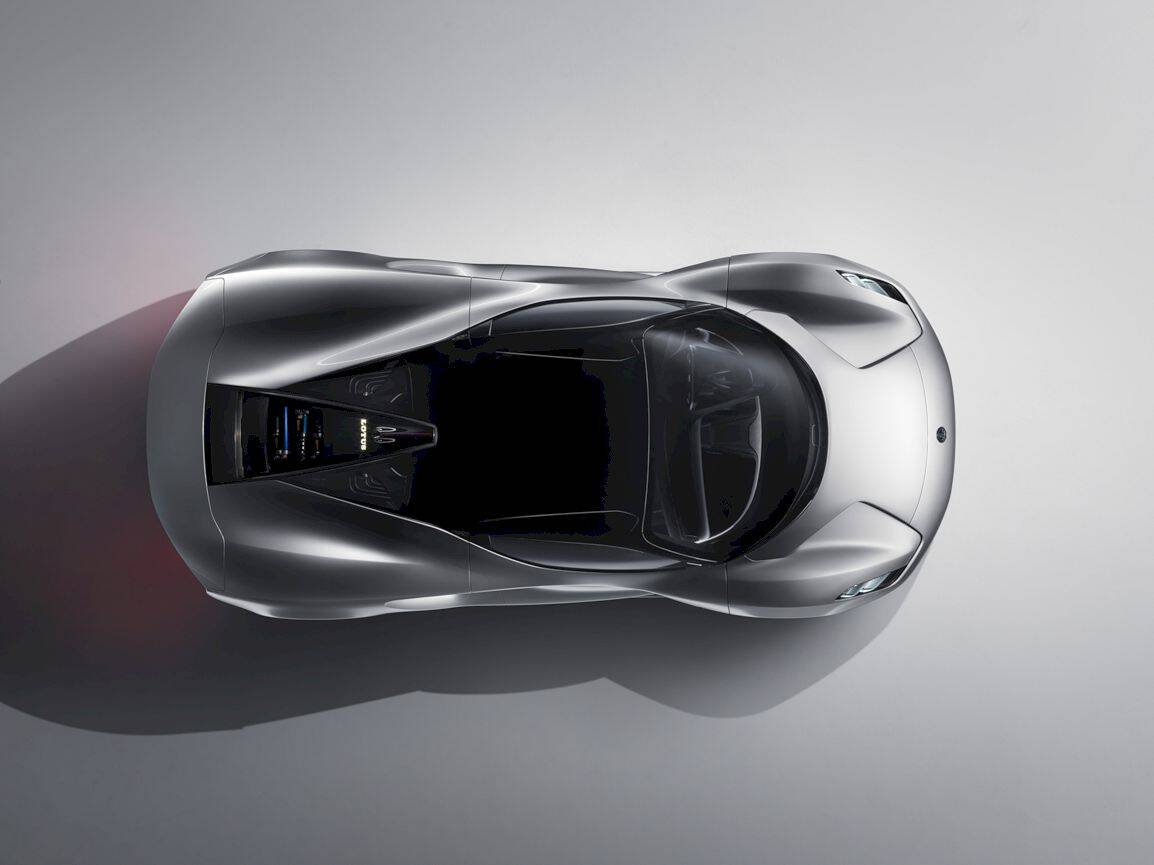 Lotus has also designed so that this battery can be charged with an output of 800 kW, so the recharging process will only take around 9 minutes. But keep in mind that so the charging technology of electric cars as fast as that is still not publicly available which means that the owner of this car has to go to the official charging station provided by Lotus. 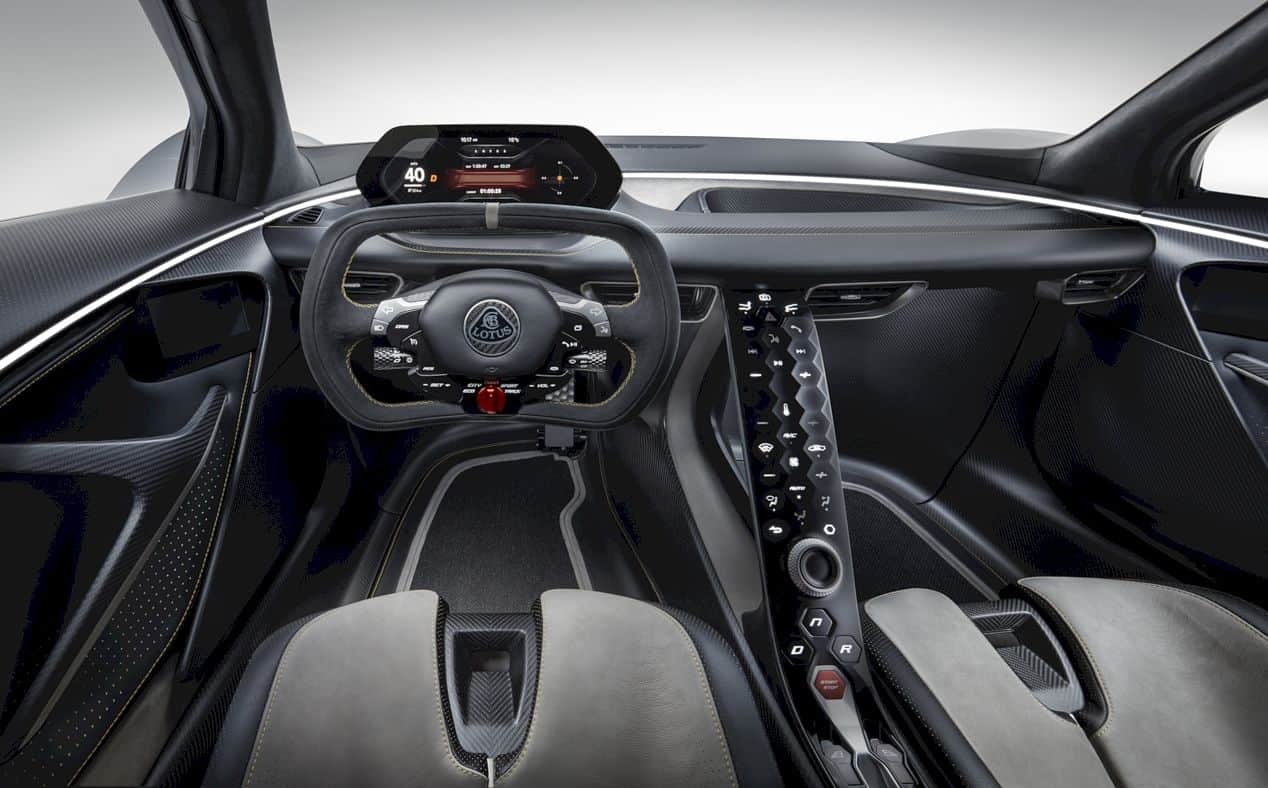 But, just in case the owner wanted to charge their car with the usual charging station, Lotus claims that Evija will only take 12 minutes to fill the 80% of its battery capacity or 18 minutes for full charging. By this means, Lotus really doesn’t seem to stop at the speed of the car in term of speeding performance, but also the recharging speed. 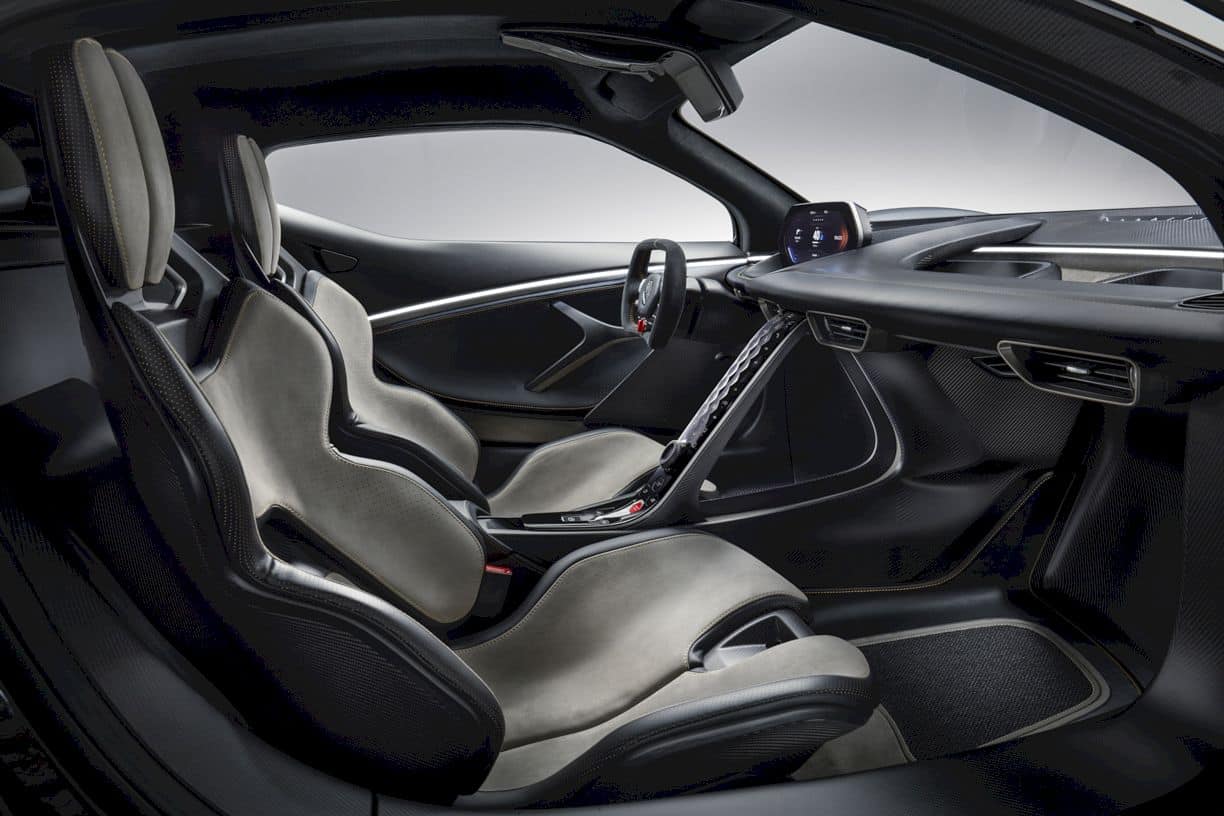 Entering the cabin, we can see the perfect combination of modern and racing style, both of which lead to the principle of minimalism. The instrument panel behind the steering wheel is the only screen that we can find from Evija’s cabin, and the steering wheel itself further strengthens the overall racing vibe.

Nevertheless, Lotus Evija is also designed to be suitable for everyday use. This can be seen from a colored knob on the steering wheel, which gives the driver access to five driving modes with different performance characters: Range, City, Tour, Sport, and Track. 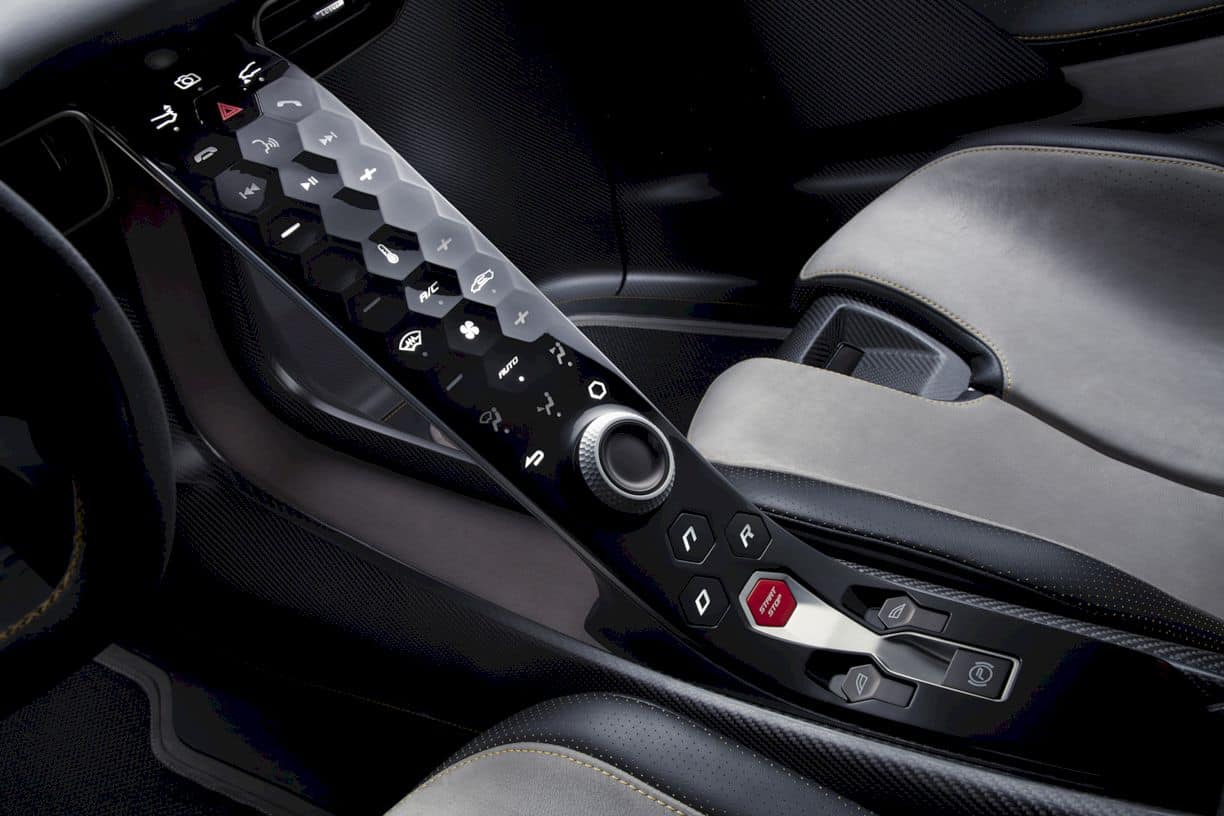 Lotus ensures that their car will continue to be connected to cloud networks thanks to its integrated modem. This means that Lotus Evija will receive a number of updates and improvements through updated software.

The car owners can also access a number of settings, such as turning on the cooling system before entering the car, through the Evija companion application on the smartphone. 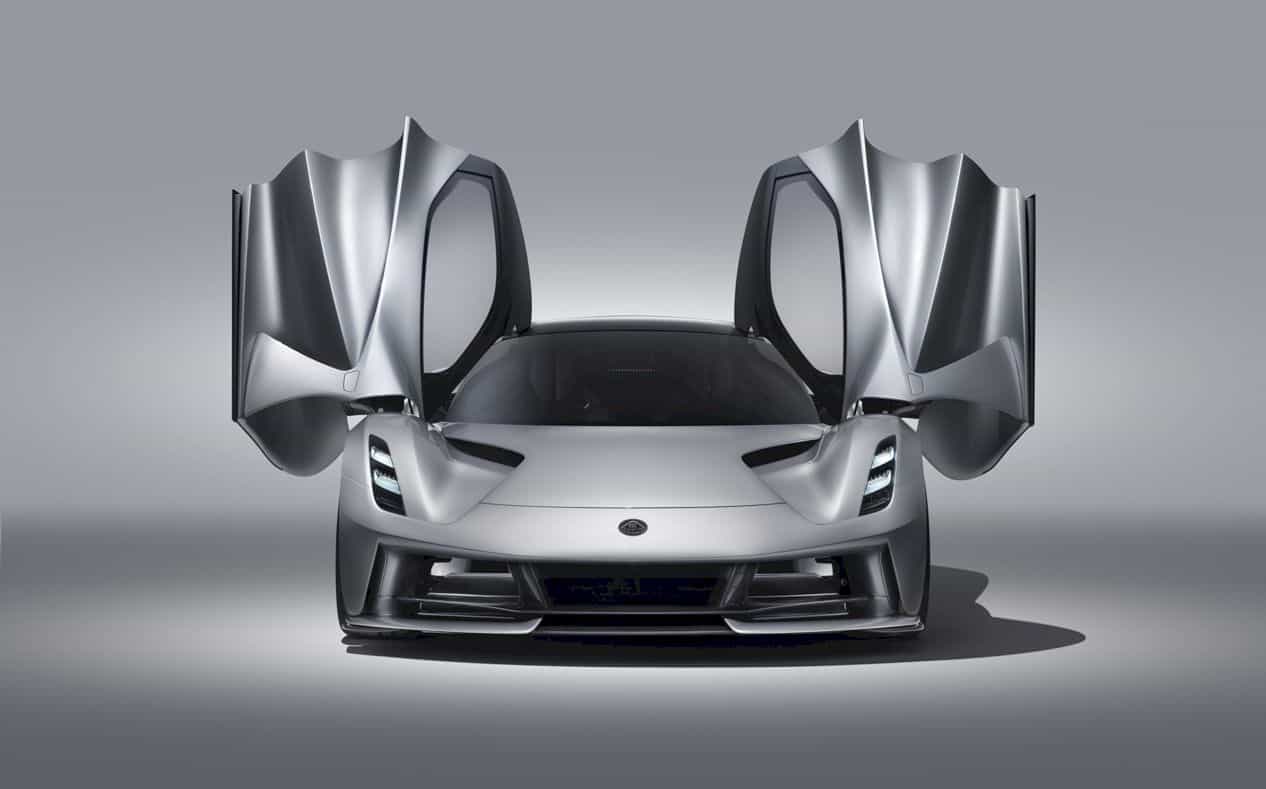 The company is still keeping the release of the car close to their chest but what we do know so far is that the production phase of the Lotus Evija will begin early next year. The British carmaker plans to slap the limited edition tag to the 130 Evija unit of Lotus Evija which valued at $2,122,110. 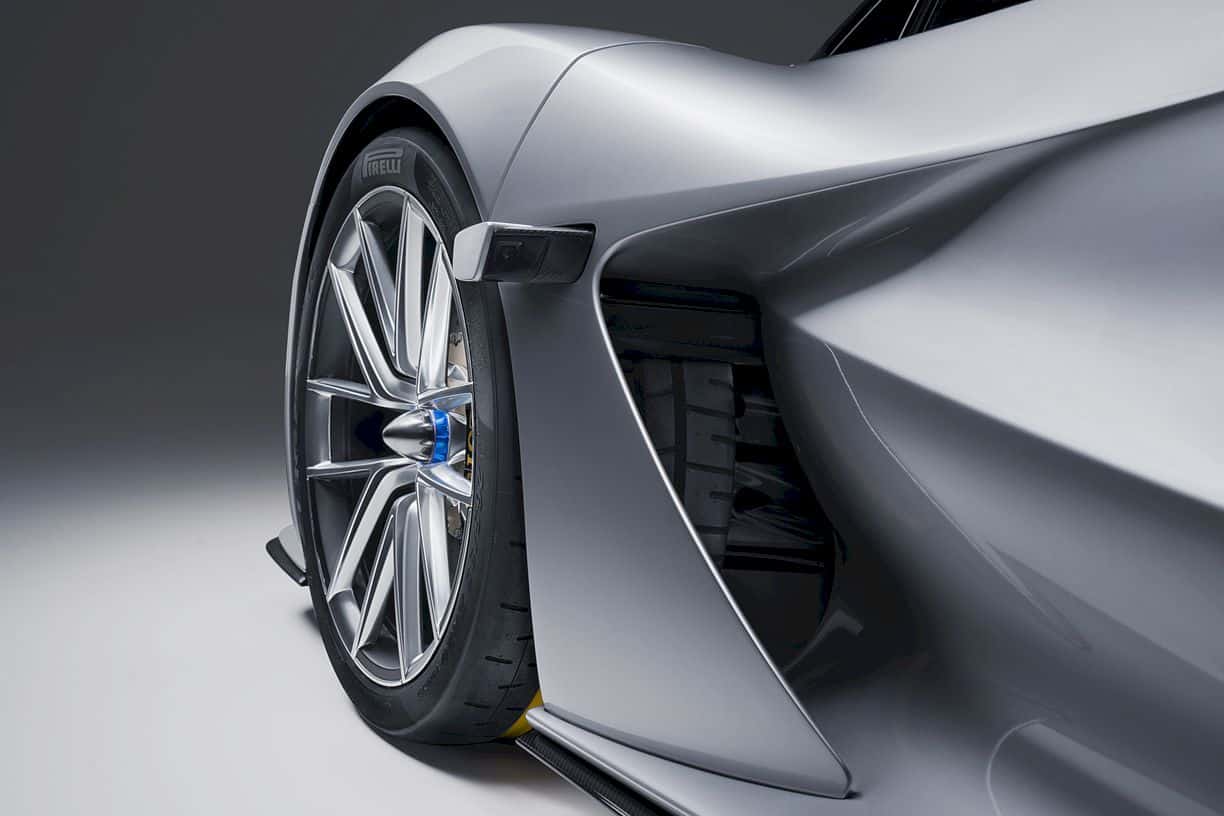 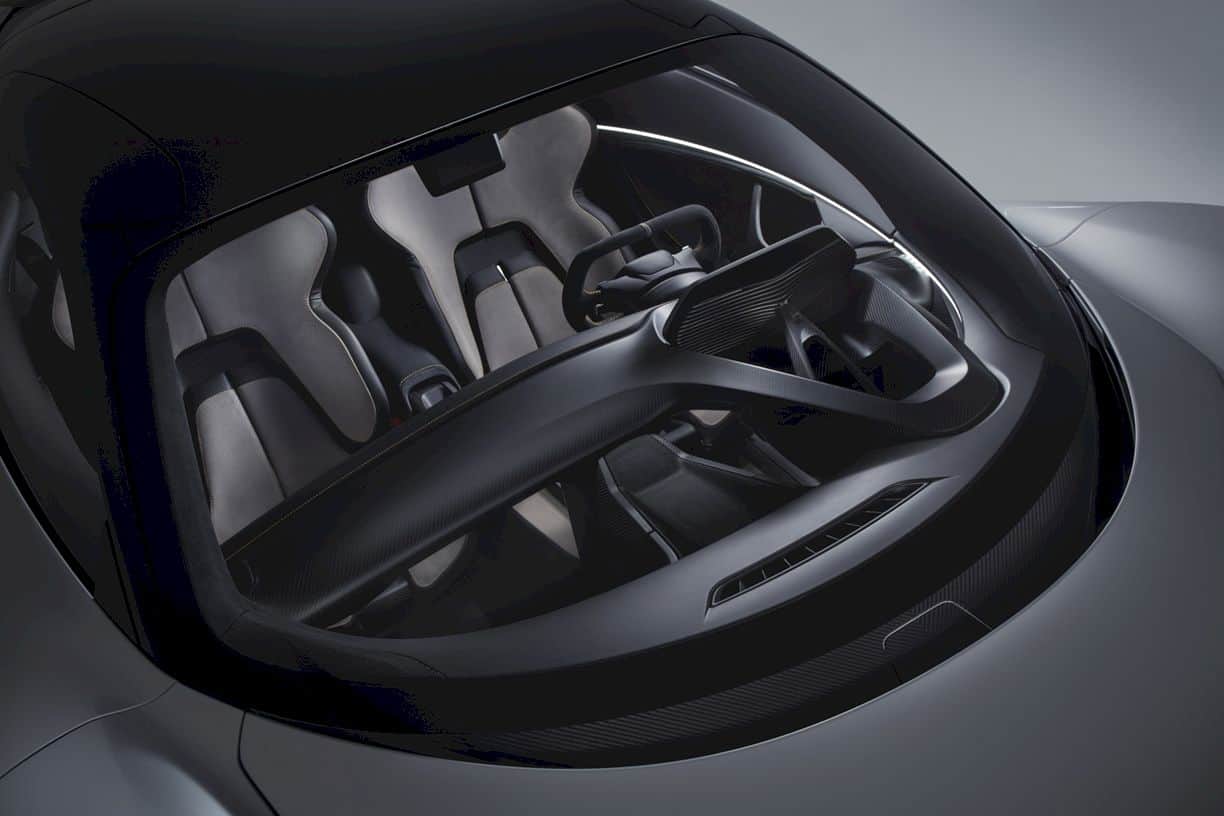 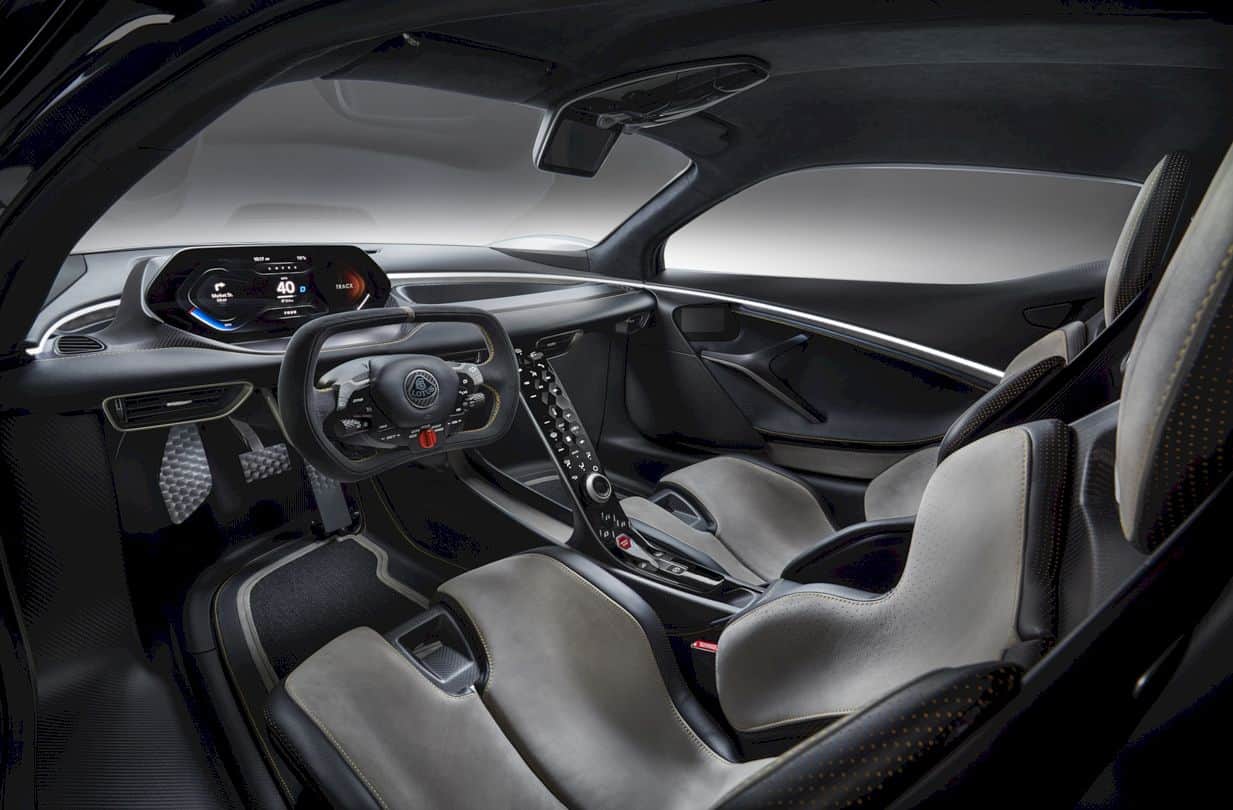 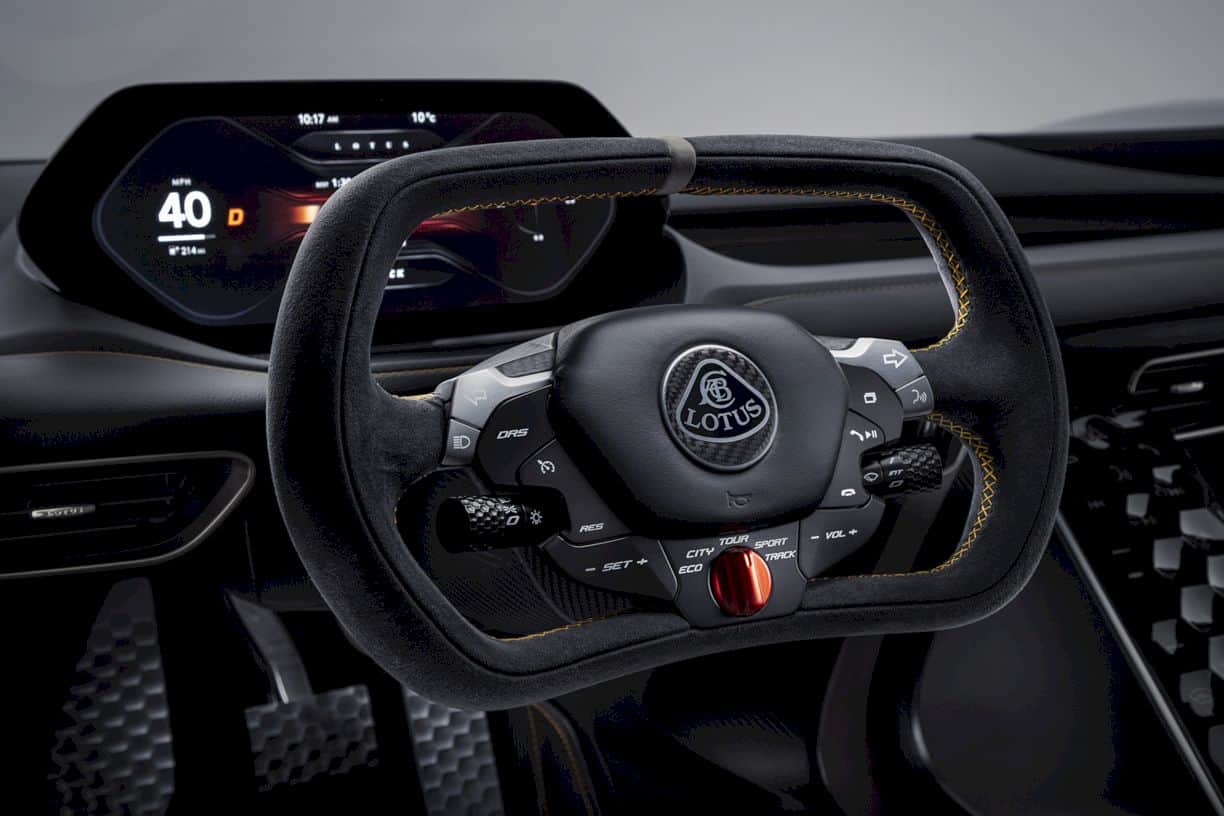 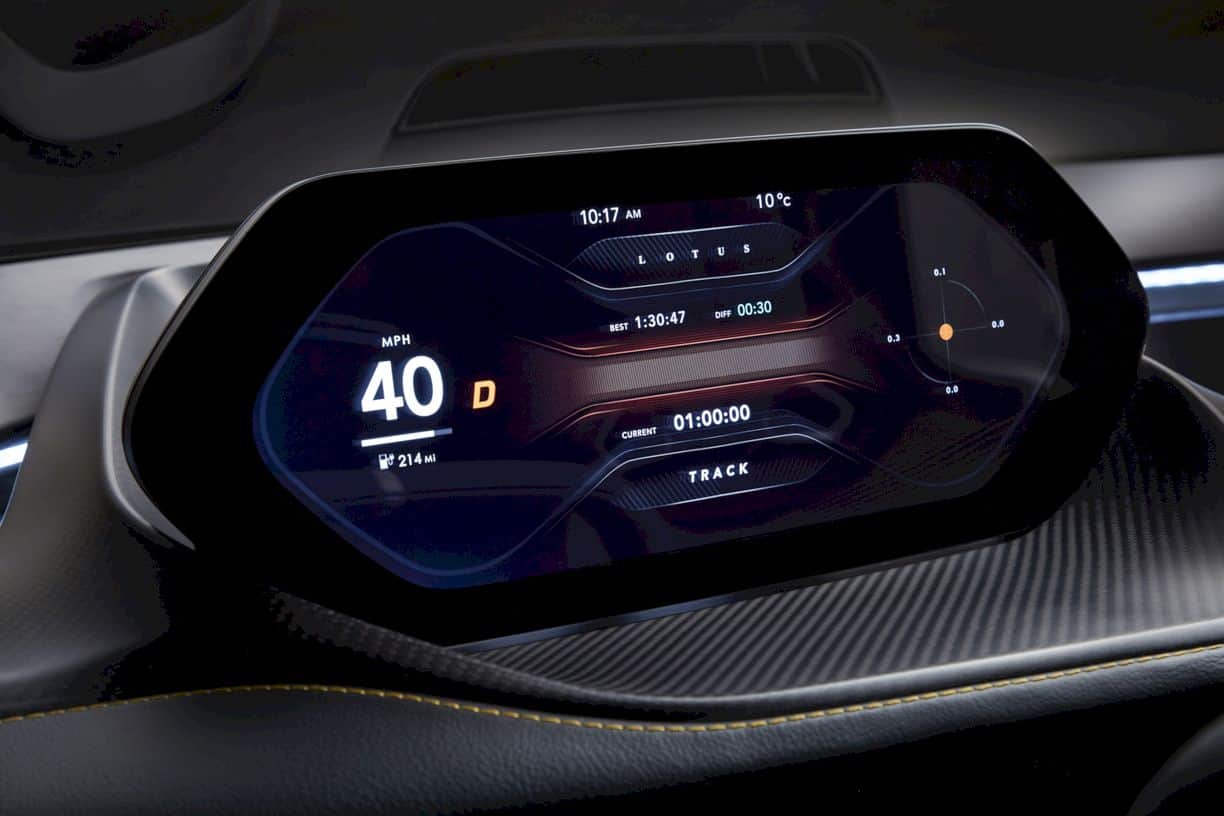 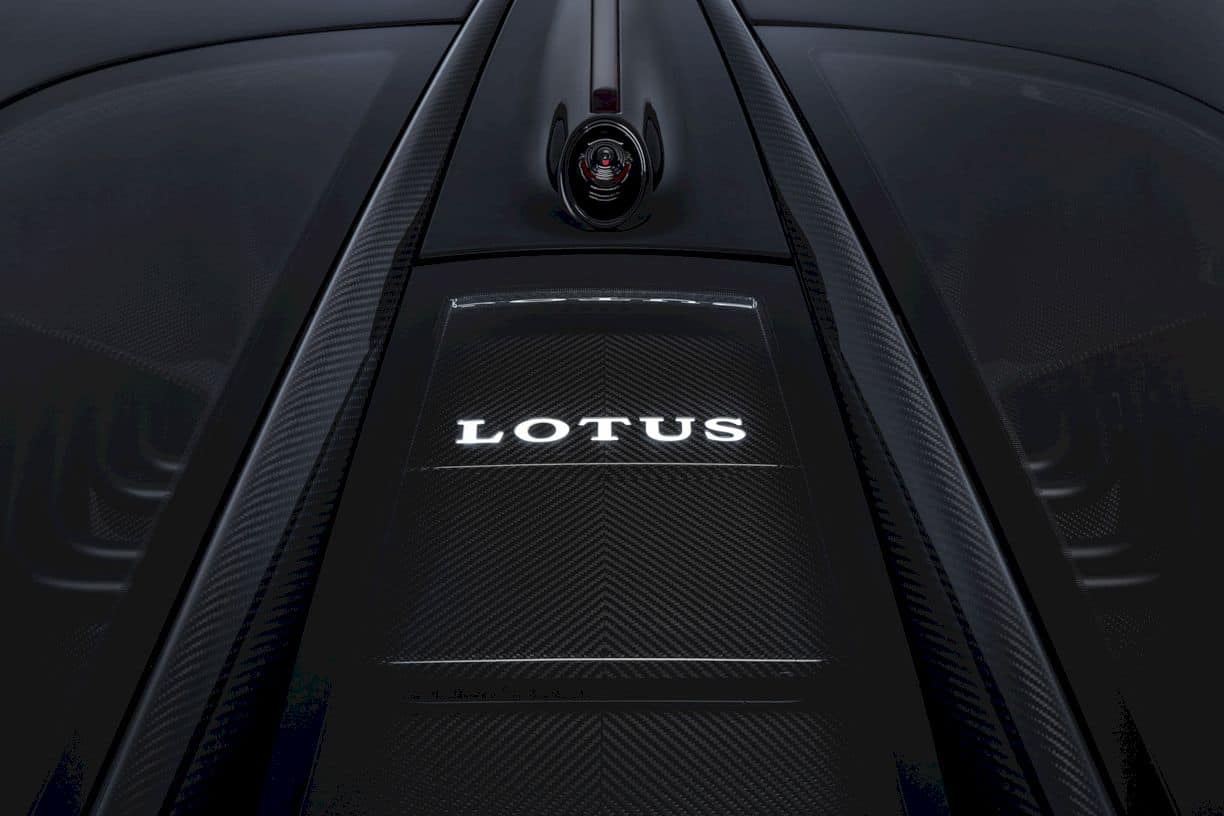