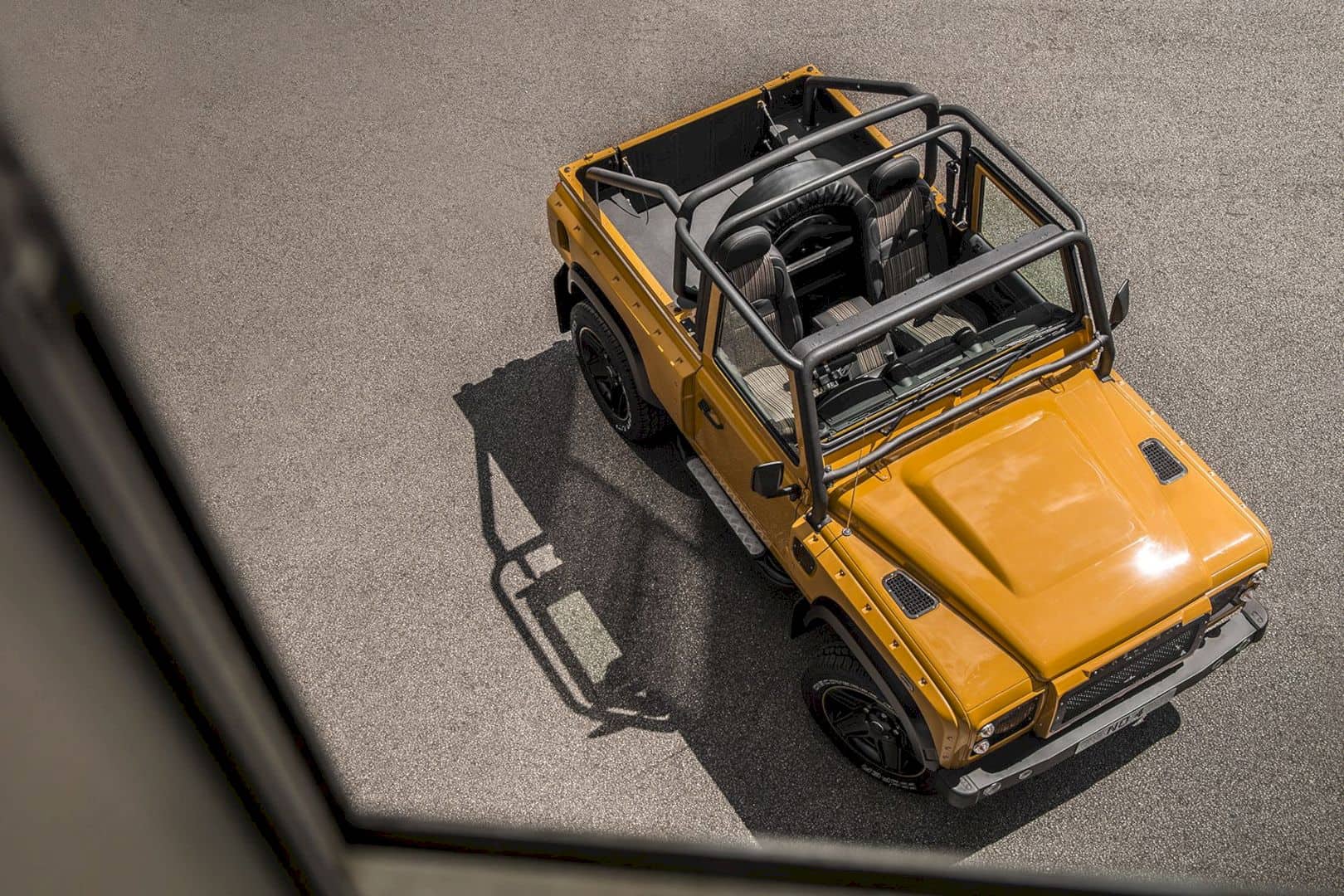 Porsche Taycan is officially present an answer to the challenges of electrification in the automotive world by being a pioneer in several technical aspects, while simultaneously being able to implement the character of a sports car into a futuristic-looking sedan.

Futuristic plays a major role in making the Porsche Taycan Turbo look more aggressive. Maintaining the DNA of the Porsche design which has a sloping front bonnet shape with details of the fender wing’s curves which is quite high compared to the front bonnet.

Due to the need to pursues the aerodynamics, the front grille has a radiator grille shutter system to close the airflow to the radiator while on the underside of the bumper there is a splitter to drain air to the bottom of the car.

This Porsche prime electric sedan also comes with futuristic touches, starting from the door handle that will hide inside the door’s curves and the ported charger cover that can be opened via a swipe touch on the aero panel that expands from the front fender.

Interestingly, Porsche still prioritizes the design elements of Mission E by using the 21-inch Mission E rim which is enough to provide an attractive presence on the figure of the Porsche Ceramic Composite Brake with a contrasting yellow-colored caliper.

On the backside, there is Porsche Active Aerodynamics (PAA) which adopts three levels of rear spoiler height. And to give an effect that is no less futuristic, the rear stern area is a Porsche writing emblem made as if in a 3D glass-look effect.

The impression of futuristic and digital is clearly seen in the interior of the Porsche Taycan Turbo. In total there are three touchscreen displays which can be utilized by the driver and front passenger in managing all the features in the cabin.

The instrument cluster uses a 16.8-inch curved display designed with typical graphics of a Porsche 911 sports car that has 5 indicators, but this time everything is displayed digitally, and on the sides of the screen there is a touchscreen control panel for the lightning and chassis control features.

As already mentioned in the interior of the Porsche Taycan Turbo, there are 3 screens in the dashboard area of ​​this electric car that have a structured regulatory function, starting from the middle screen which is the command center of the Porsche Communication Management (PCM), which in addition can manage entertainment features to control car and navigation.

But the driver can still manage some configuration in PCM without going through the 10.9-inch screen on the dashboard, because there is still an 8.4-inch center console control panel that has the task of managing navigation, media, telephone, settings, Advanced Climate Control, and Apple CarPlay can be arranged via this display.

While on the front passenger side there is a display with dimensions and controls similar to the screen in the middle of the dashboard, which if the passenger does not need it can be replaced with a display that says Taycan only.

The Multifunction GT sports steering wheel has a recuperation button & mode switch. Uniquely, the Porsche Taycan Turbo transmission lever adopts a tiny lever model on the right rear side of the steering wheel.

This feature allows the car engine to be activated immediately when the driver enters the cabin while carrying an encrypted key in the pocket of clothing, and just pulling down the tiny transmission lever to position D followed by stepping on the throttle pedal.

In addition to bringing advanced features, Porsche also adopts a variety of technical changes that ensure the Porsche Taycan Turbo is just as fun as driving a Porsche sports car. Starting from the Porsche 4D Chassis Control, which is tasked with analyzing and synchronizing all chassis systems in real-time.

Lastly, in order to increase the fun of driving the car, Porsche put on several Drive Mode on their electric which is available in five choices, Range, Normal, Sport, Sport Plus, and Individual mode.

This flagship version of the Porsche Taycan Turbo from Porsche uses Permanent Magnet Synchronous Motors technology which is placed on the front axle and rear wheel, where the electric motor in the rear axle is equipped with 2-speed Transmission. It is capable of producing power up to 560 kW with a maximum torque of 1,050 Nm.

Porsche Taycan Turbo can execute zero to 100 km / h in just 2.8 seconds with a range of up to 450 kilometers. Behind this very promising performance, Porsche innovated to be a pioneer by becoming the first mass electric car that has a battery architecture system with a voltage of 800 volts, which makes the battery become faster charged than the average electric car with 400-volts.

Porsche claims that for a distance of 100 km, it is enough to spend about 5 minutes by charging through DC from 5 to 80 percent that usually takes 22.5 minutes charging in ideal conditions, and the maximum charging power (peak) is 270 kW.

The overall capacity of Performance Battery Plus used in this electric car is 93.4 kWh. Taycan owners can comfortably recharge their cars with an electric current AC system at home with 11 kW, in which the charging process of 0-100% will take around 9 hours.