Since it first launched in 1959, the Mini Cooper made by a driver named John Cooper is always guaranteed to destroy other racing cars that are much faster. Because of his magical touch, BMW, which now has the MINI brand, uses the name of the legendary racer to name MINI cars with high performance.

To channel John Cooper’s vision of a modern MINI car, the car brand based in Oxford, England created the concept car dubbed the MINI John Cooper Works GP. Based on the latest generation MINI Cooper F56, the John Cooper Works GP Concept has a very aggressive body to eliminate its adorable impression.

The new Mini John Cooper Works GP will be produced in a limited edition of only 3,000 units. The new edition of the top athletes in this model line is powered by a 4-cylinder engine with an output of more than 220 kW / 300 hp and featuring the MINI Twin Power Turbo Technology, making it the newest and fastest and most powerful MINI ever approved for use on the road.

Applications that focus on technology and motorcycle racing expertise provide the basis for a new record in the fight against time. The benchmark here is the top echelon of the last MINI generation. The Nürburgring-Nordschleife lap time achieved by the new MINI John Cooper Works GP predecessor model is 8:23 minutes which is faster than many sports cars from higher segments.

From the front sector, the splitter looks under the bumper that is connected with the red accented black honeycomb grille. Similar colors also colonize the hood that now has a large hole to catch air and an extra wide front fender.

Continuing to the A-pillar, the more aerodynamic side mirrors adorn the right-left side, offsetting the rear fenders that are no less wide. A special 19 “diameter rim sits nicely in all four corners of John Cooper Works GP.

Other highlights that stand out from the MINI John Cooper Works GP Concept include a large size rear wing and a dual exhaust system installed in the center. 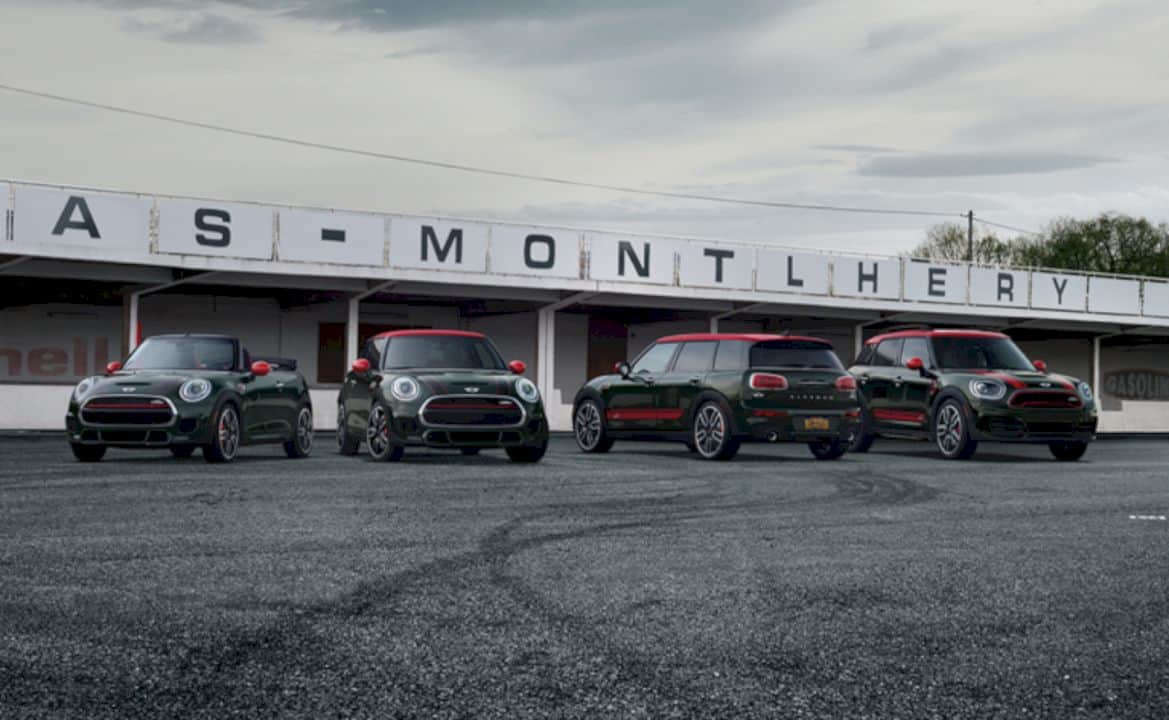 Because this concept is designed for racing purposes, the interior has been stripped of all unnecessary equipment. However, the company added an aluminum roll cage and two racing seats with a five-point harness. Drivers will also find digital instrument clusters, head-up displays, and 3D knitted accents.

To capture the essence of the old, lightweight Mini Cooper by John Cooper, the interior of the MINI John Cooper Works GP Concept was stripped down, so that the weight can get close to the predecessor car.